It’s beginning to look a lot like the Christmas in Madrid.

Well, actually, it began to look a lot like Christmas Dec.1 when the annual Christmas lights in Madrid were illuminated. 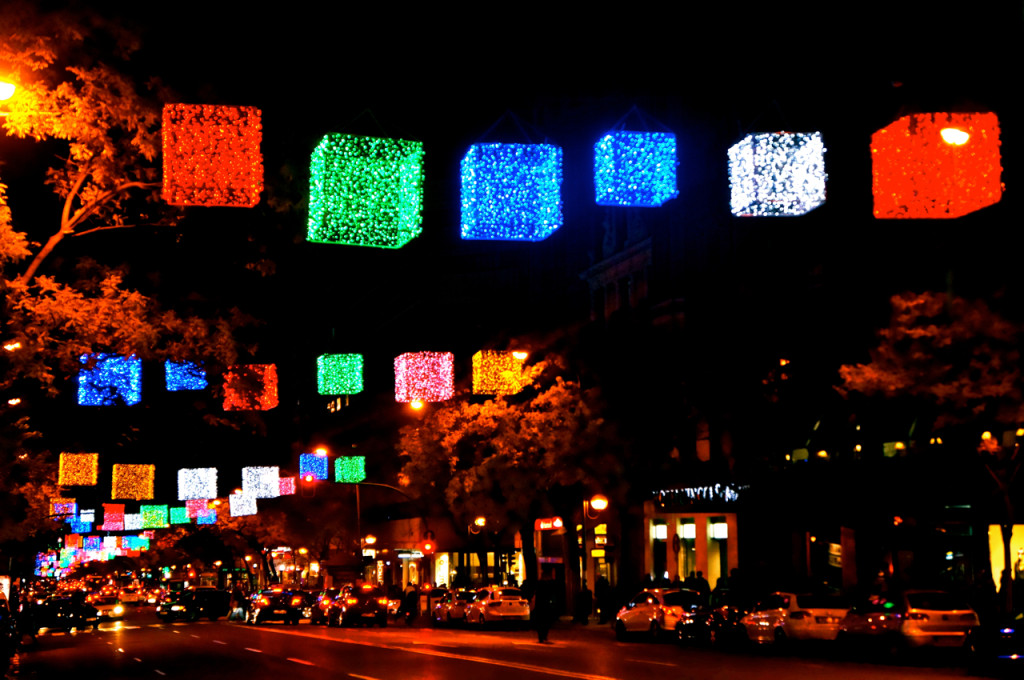 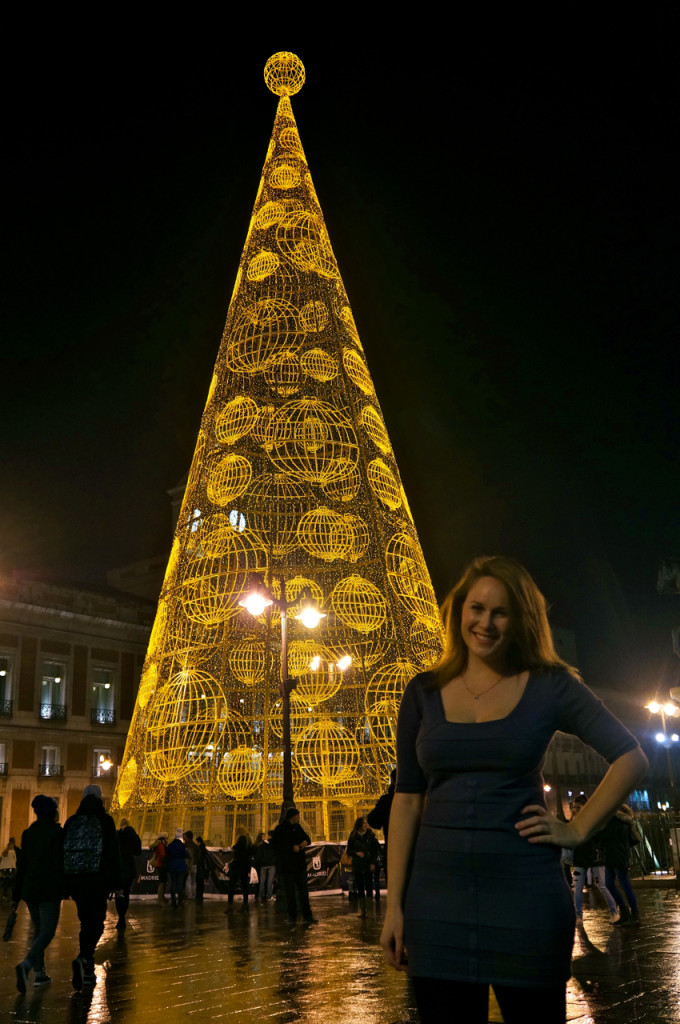 A large Christmas tree dominates Puerta del Sol, and the plaza’s usual collection of street performers and knock off meet and greet characters have been infused with many a Santa Claus and the three kings. 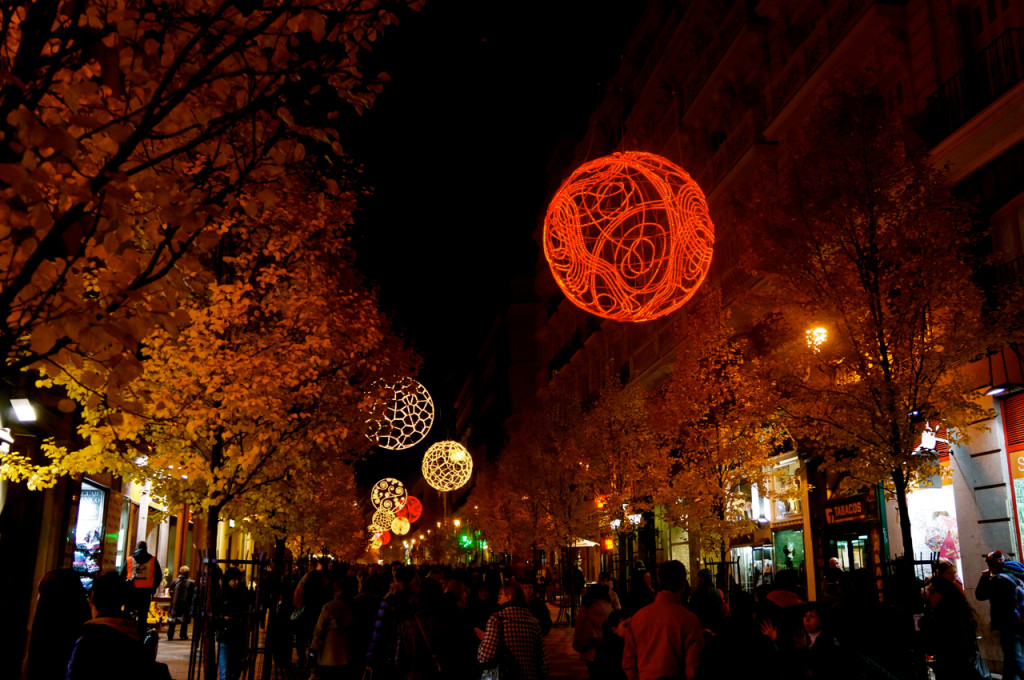 Vodaphone, one of Spain’s leading cell phone providers and ever present marketing machine, has several smaller trees along Gran Vía, the main thoroughfare of Madrid. 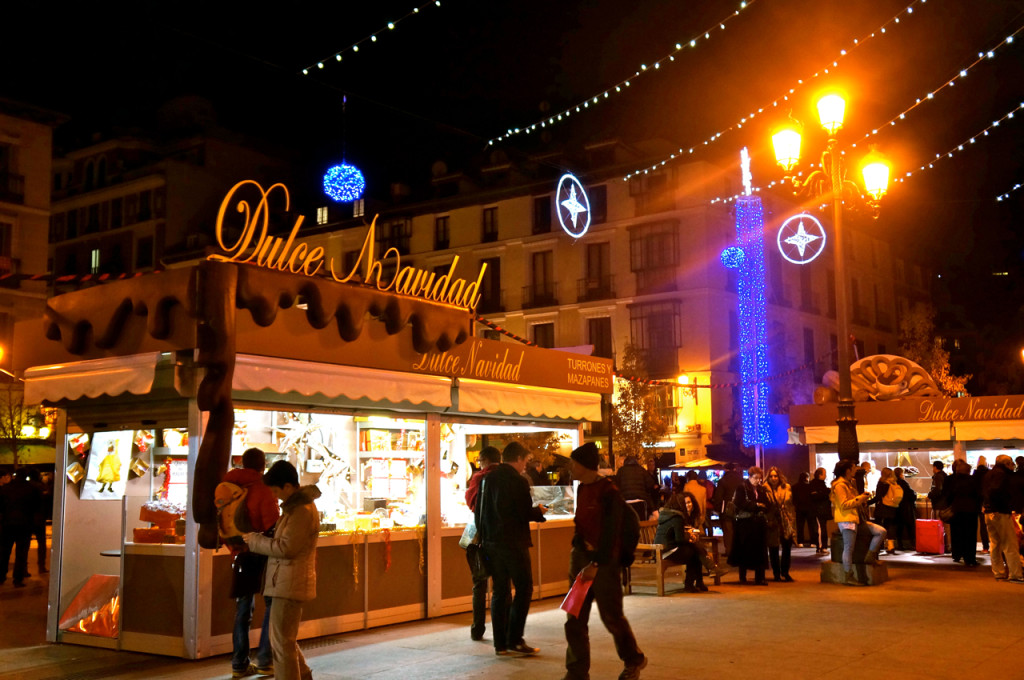 Christmas markets, a popular European tradition dating back to the 14th century are also found in many of the city’s main plazas, offering hand made goods, sweets, regional delicacies such as ham and cheese, and warm wine. 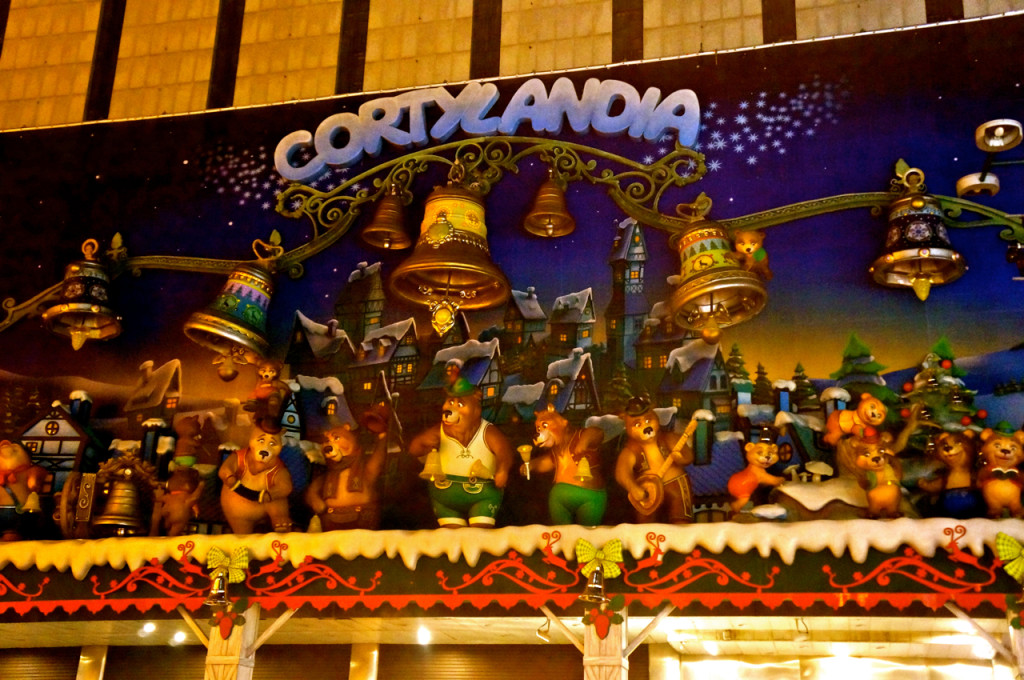 El Corte Inglés, the largest department store in Spain, has its famous Cortylandia display in full force at its Sol location. The panorama of bears, that border a copyright infringement with their similarities to Disney’s Country Bears, sing holiday tunes and move back and forth. 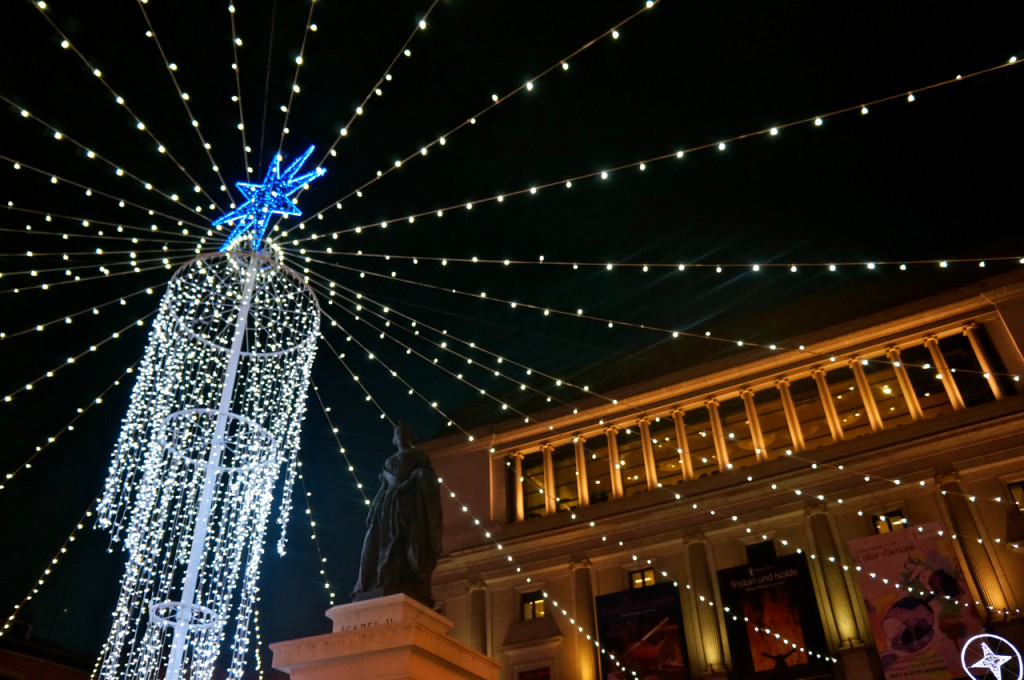 A popular tour bus company celebrates the season with the Navibus, a non-stop open-air bus that passes all the major locations for lights in the city. Tours last approximately 50 minutes.

For an extrañjera, or foreigner like myself, these decorations are a marvelous reminder that Christmas is around the corner. 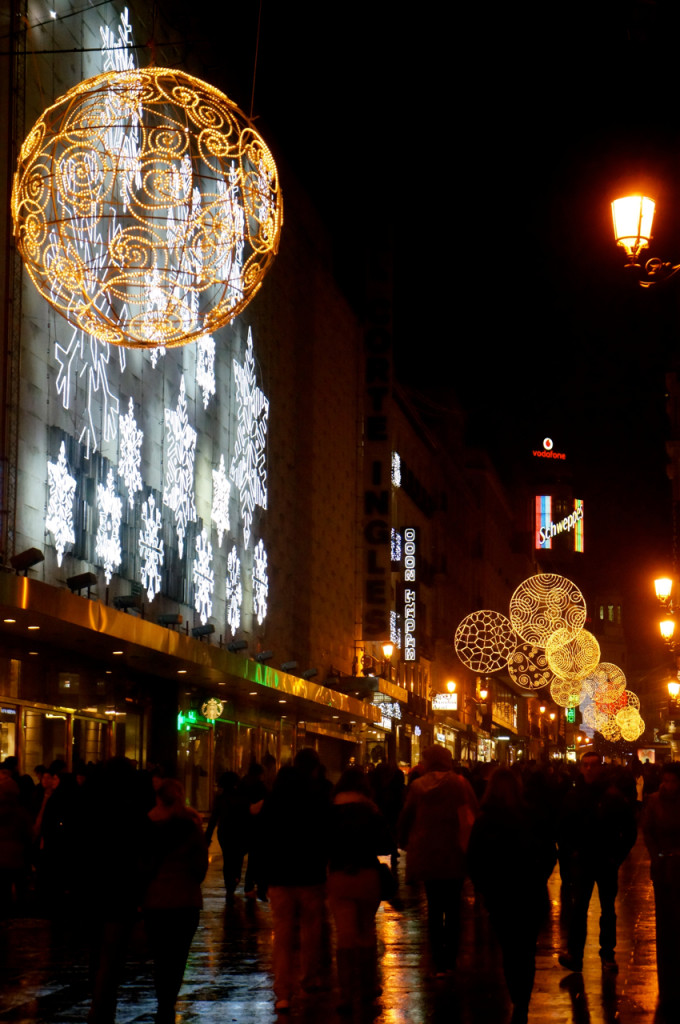 For the average madrileño, however, this year’s assortment is a dismal display and one of the ever-present reminders of Spain’s continuing financial crisis.

Spaniards refer to the economic downturn as the crisis. Since 2008, the country has been indebt and suffered large numbers of unemployment, which reached all all-time high of 29.16% in April 2013. Though the crisis is said to have reached a turning point, the outlook is still bleak.

Have you been to Madrid during the holiday season? Where is your favorite spot to see the Christmas lights in Madrid?