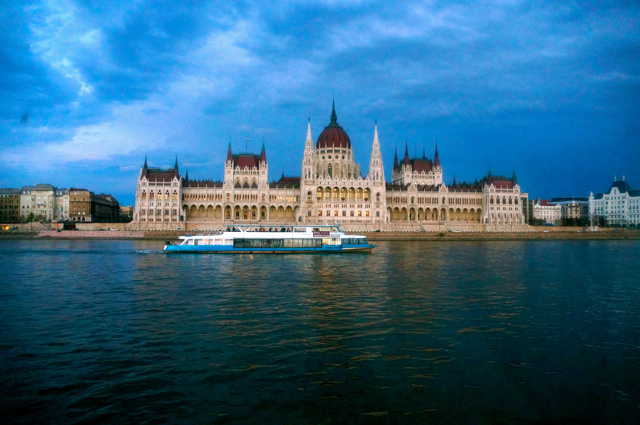 The Danube, Europe’s second-largest river, cuts through Budapest on its winding journey from Germany through Austria, Hungary, Croatia and more to its eventual terminus in the Black Sea.

The river has long played a defining role in the Hungarian capital’s history and once separated two cities – Buda and Pest, which were united in the 1800’s after the construction of the Chain Bridge.

It’s essential to discover the charms of the Danube on a visit to Budapest, and Legenda Sightseeing Cruises provides a great and affordable way to do so. 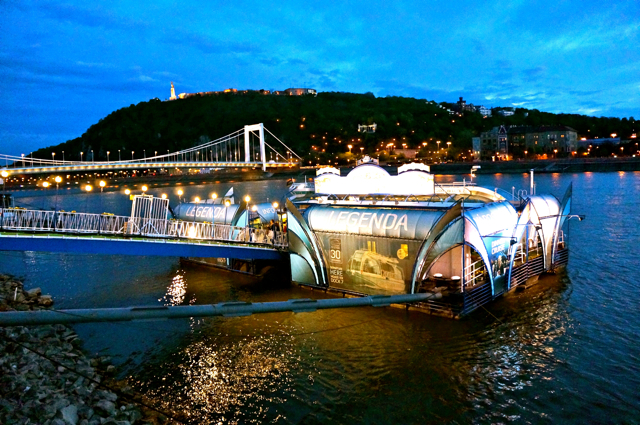 During my recent visit to Budapest I took a daytime cruise on the Duna Bella.

Duna Bella is a covered boat with glass windows. Winter, and even when I visited in Spring, is quite cold in Budapest so the covering is highly appreciated. 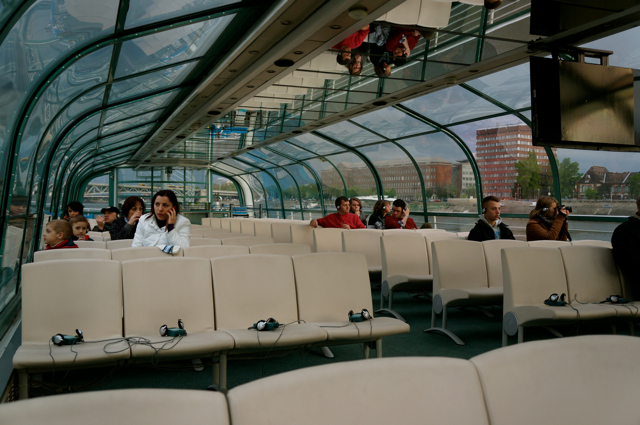 The cruise lasted an hour and a half and an audio guide pointed out the major sights and historical facts along the way.

As the cruise begins, the audio guide focuses on the sights found on the west bank in Buda, home to the Royal Palace, Matthias Church and the Fishermen’s Bastion. Buda is also home to Gellért Hill and the impressive Liberty Statue, which pays tribute to those who lost their lives fighting for Hungary. 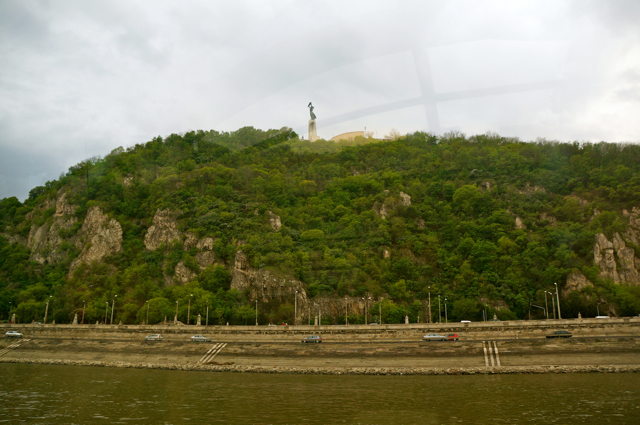 On the journey the Duna Bella passes under the many bridges connecting Buda and Pest. All bridges were destroyed during World War II and had to be repaired after. 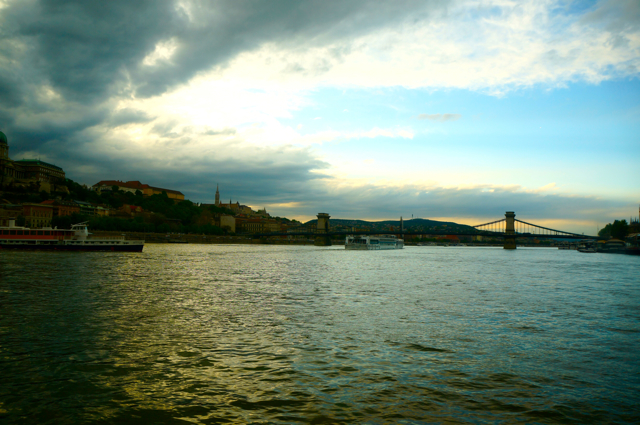 The most famous is the Chain Bridge, the first to connect the two banks and built in 1839. The second oldest is the Margaret Bridge, which leads to Margaret Island, a peaceful city park in the center of the Danube. Visitors also have the option to get off and walk around the island. 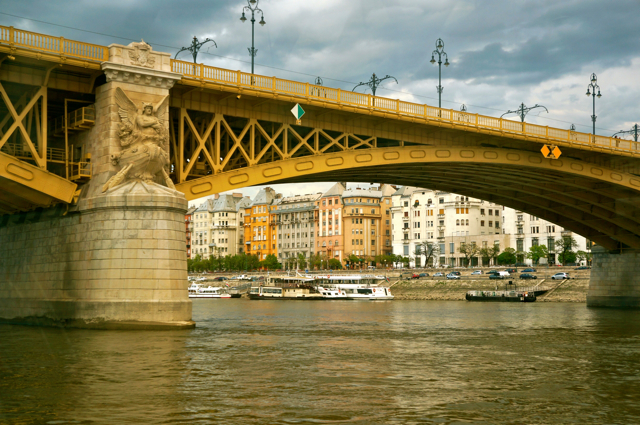 The most dominating sight along the East bank in Pest is the Hungarian Parliament Building. This is the world’s third-largest Parliament building and the largest building in Hungary. 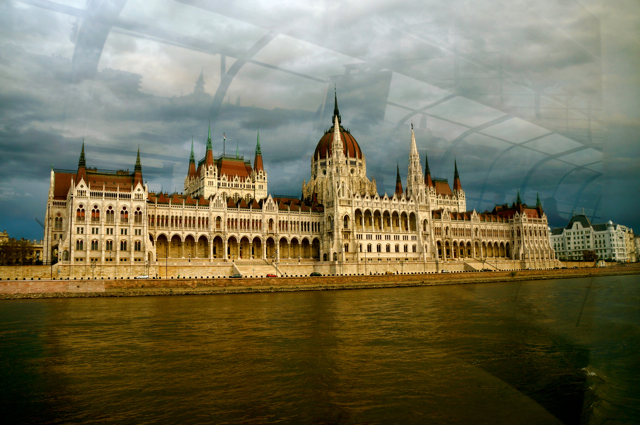 A glass of champagne is included in the price – cheers! 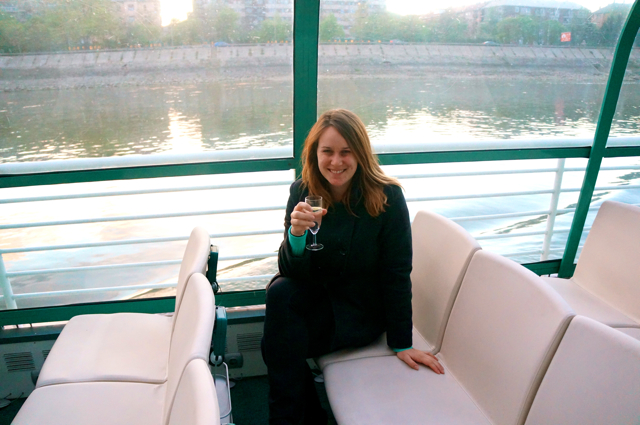 My tour ended just as darkness took hold of the city and I enjoyed walking along the Danube taking in the brilliance of Budapest illuminated at night. 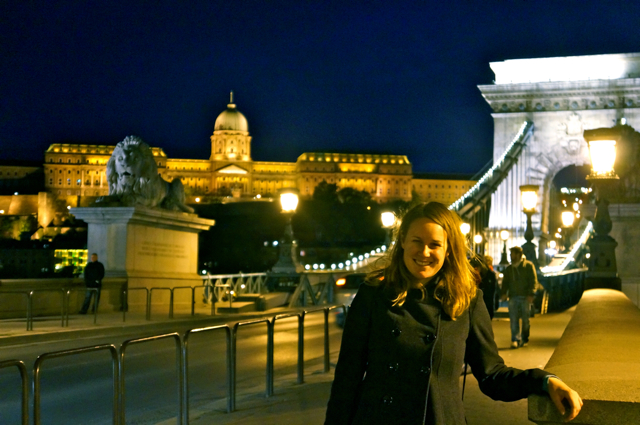 All cruises include free WIFI which I really enjoyed using to share photos with my friends on Facebook and tweet out highlights in real time – a rarity as I trek 3G-less through Europe. 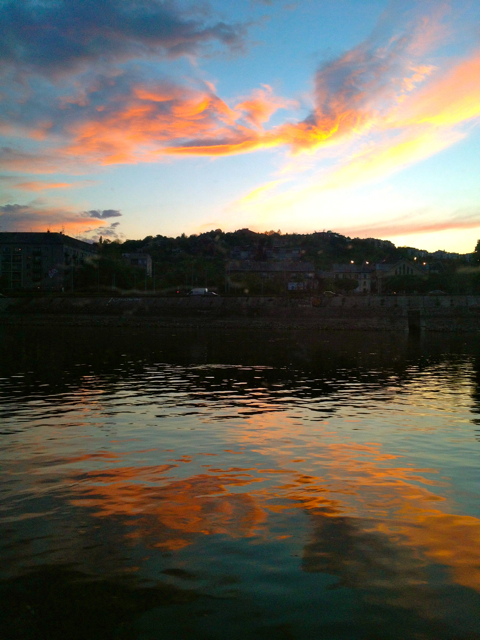 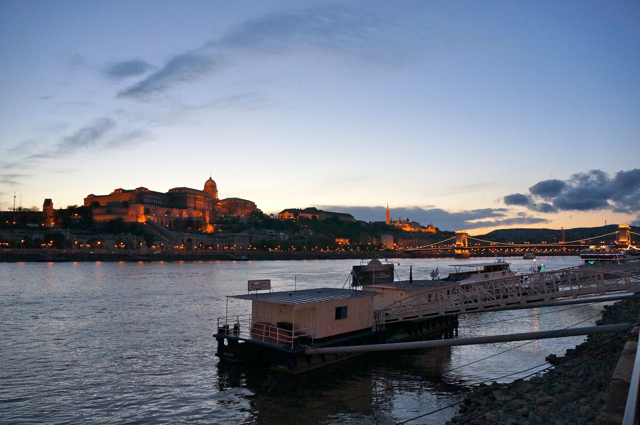 The daytime cruise by Legenda Sightseeing Cruises is very informative and a great way to get oriented to the city. However, Budapest is too full of interesting history to learn in just an hour and a half. I recommend following your cruise with a longer guided walking tour of the city to get a fuller picture of the country’s past and culture.

Note: Visit Budapest provided me with a complimentary daytime cruise. However, all thoughts and opinions are my own.