Walking up to the Colosseum in Rome is not much unlike walking up to a modern day football stadium. Entering under through cooled arches of stone, the open corridors echo the excitement of queued tourists. Wear and tear of the ruins aside, it almost feels like its game day in America and we are about to witness the Eagles take on the Ravens. 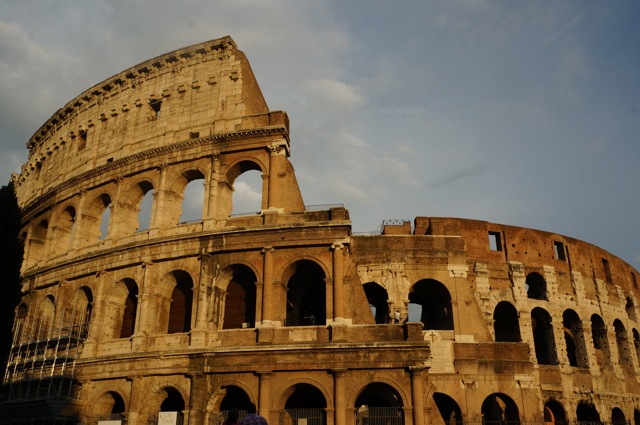 Visit the Colosseum in Rome! The largest amphitheater in the world, this free-standing structure was completed in 80 AD during the Flavian dynasty. The center of entertainment in ancient Rome, this venue played witness to the most glorious gladiatorial contests as well as public speeches, battle re-enactments and dramas. 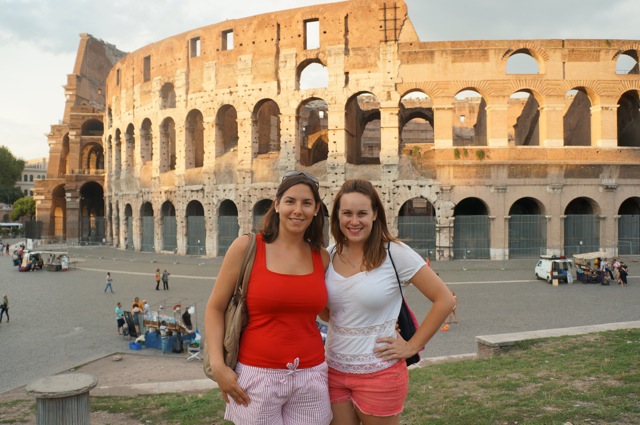 Indeed, with a capacity of 50,000 to 80,000 spectators, the Colosseum is around the same size as an average American football stadium. In Roman times the games were much more gruesome, however. Gladiators, slaves trained to kill, fought in the arena against each other and exotic animals. While the games were violent and at times fatal, these men were expensive to train and own, and their death rate of gladiators has been largely exaggerated by Hollywood. 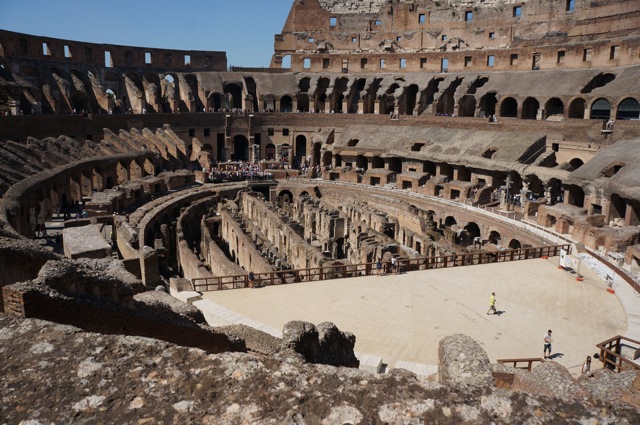 Perhaps no other monument so well defines Rome as the Colosseum, and with this honor comes large crowds. To avoid a long queue, visit the Roman Forum first and purchase a ticket there that will be good for both sites.

The audioguide here is extremely informative, entertaining and even includes video clips from Hollywood depictions of the Colosseum. Well worth the extra five euros. 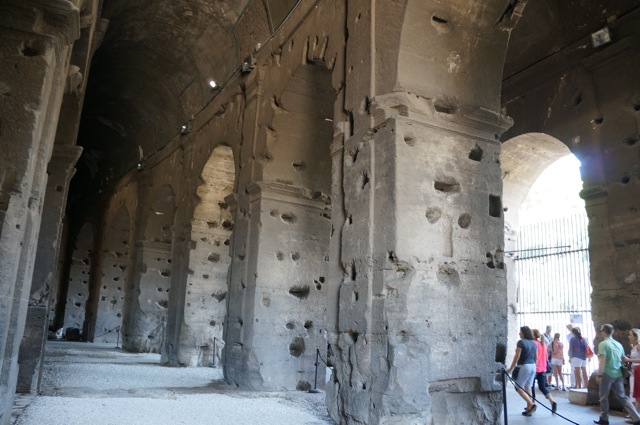 Visitors enter through the same entrances used in ancient times. Today the arena can be viewed from three levels (four if you take a private tour). Part of the arena floor remains but most is missing, exposing an underground tunnel system which was used to transport gladiators and wild animals without giving away the element of surprise. 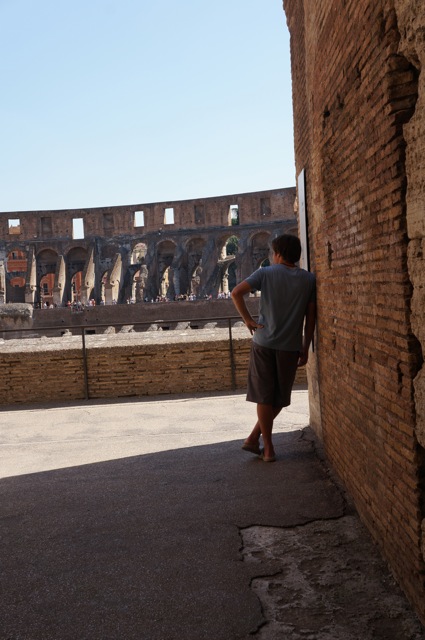 Plan to spend two hours at the Colosseum, learning about the gruesome world of gladiators and reflecting on the everlasting power of Rome.