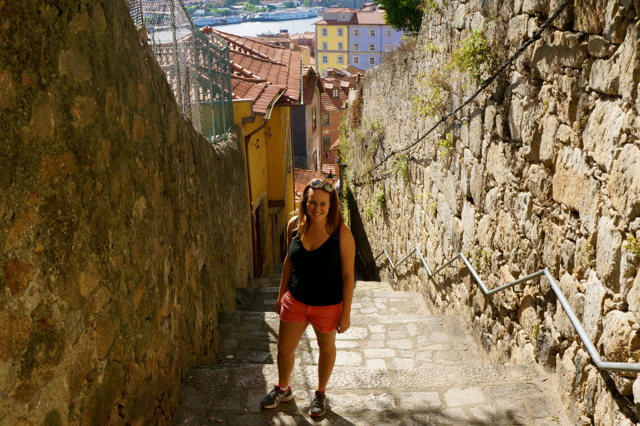 The soft sounds of guitar spill out onto hilly medieval streets that wind down to the banks of the Duoro River. Hand-painted rabelo boats dot the deep blue of the water, transporting barrels of wine beneath the tall steel arch of the Dom Luis Bridge. This is Oporto, one of Europe’s finest hidden treasures.

As I discovered while living in Madrid, Europe is home to many hidden secrets in the form of cities that, while maybe not on the slate for a typical Eurotrip itinerary, offer visitors off the beaten path experiences in the form of stunning architecture, fascinating history, unique culinary delights and authentic cultural exchanges. Oporto was one of my favorite such destinations that I stumbled upon in my European travels.

Roughly 200 miles north of Lisbon, Portugal’s second-largest city is located on the coast of the Duoro Valley, a region famous for its rich soil and history, and a popular destination for river cruises in Europe.

The History of Oporto 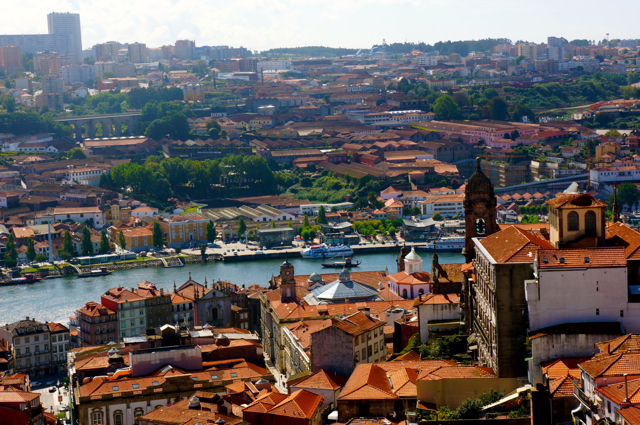 The land here was first settled around 300 BC by the Celts. During the Roman Occupation of the Iberian Peninsula, the city was conquered and established as an important commercial port for the Roman Empire.

After a brief period of occupation by the Moors in the 700’s, Oporto was conquered by King Alfonso III and soon incorporated into the County of Portugal. It’s strategic location and ship building services helped it grow to prominence. 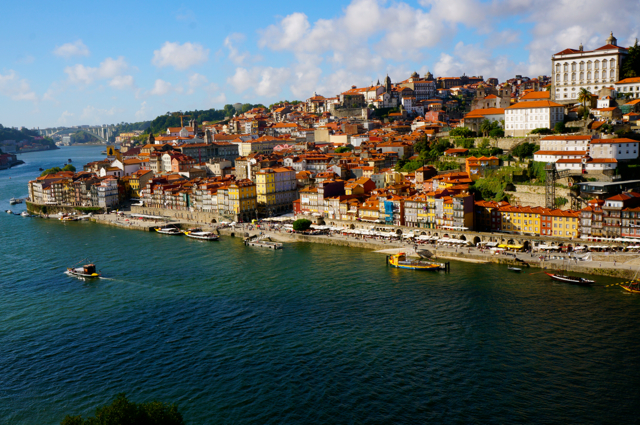 In 1415, Prince Henry the Navigator’s voyage to conquer a Moorish port city in Morocco kick started the Portuguese Age of Discovery, during which explorers navigated new routes to western Africa, the Azores and the Americas. Many shops used in these voyages were built in the shipyards in Porto.  During this century wine production in the region also boomed.

Much of Oporto’s architecture was constructed in the 1700s and 1800s as trade between Portugal and England increased, helping it become the industrial center it remains today. 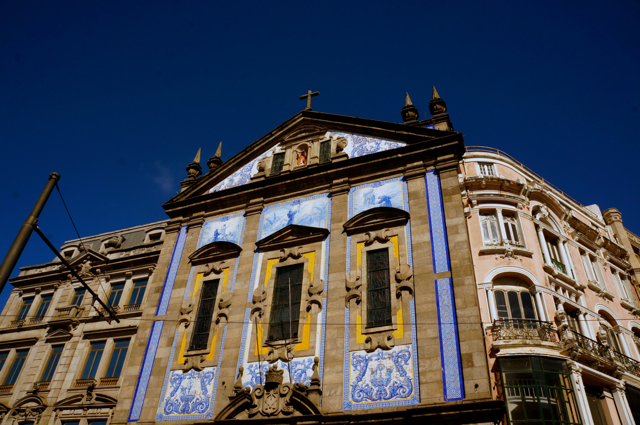 With more than 2,000 years of history, the medieval city is a UNESCO World Heritage Site. Architecture from all of the city’s most important historical periods remains. There are even ruins from the Celts that first settled the land here still standing.

Oporto is packed with historical sites within walking distance of the compact city center, making it easy to see everything on foot and not bother with public transportation. Snap photos in Cais da Ribeira, the medieval district. The Monastary of Serra do Pilar offers interesting insights into Parish life and Porto Cathedral is a 12th century chapel where Henry the Navigator was baptized. Visitors are welcome to climb Torre de Clerigos, a cathedral tower, which offers beautiful aerial views of the city.

One of the unique charms of Porto are the many building facades adorned with Azulejos, or patterned porcelain tiles. These colorful decorations cover the city in bright, charming light. 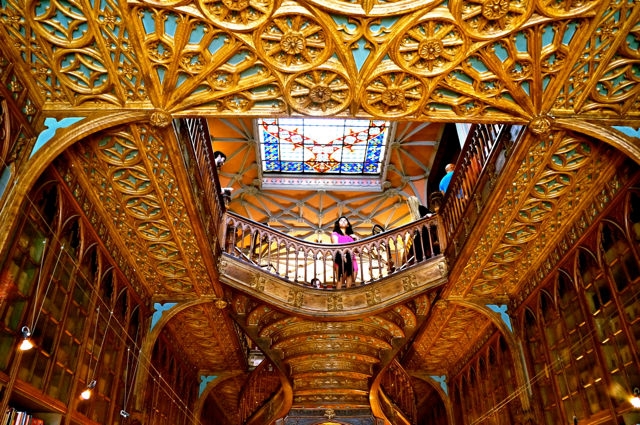 Fans of Harry Potter can be sure not to miss Livraria Lello. This famous bookstore is home to twisting staircases that inspired the Harry Potter library in Hogwarts.  Prior to writing her successful series of novels, author J.K. Rowling lived in Portugal as an English teacher and made frequent visits to this book shop.

The Home of Port Wine 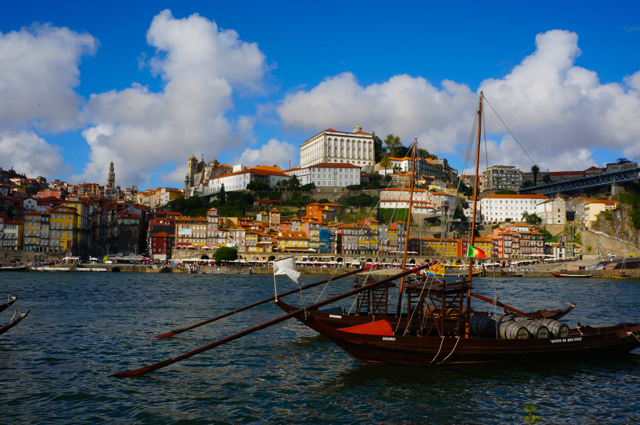 The Douro Valley of Portugal is the birthplace of port wine, a sweet wine that is high in alcohol content and usually served with dessert. The Romans were the first to grow vineyards in the region, but port wine was not developed until the 17th century. During this era, England and Portugal were large trading partners. Wine was in demand for British consumers, but the journey from the valley across the sea was long, and the wine would not keep. To solve this dilemma, British traders added brandy to the wine so it would keep. The taste soon caught on and an official process for making the newly named port wine was created.

The city of Oporto has a slew of distilleries open for tours and tastings. Sandeman, is perhaps the most famous of the bunch. Operating since 1790, it is one of the oldest and most highly rated wineries in Oporto. I second the vote for a visit here!

Gateway to the Duoro Valley 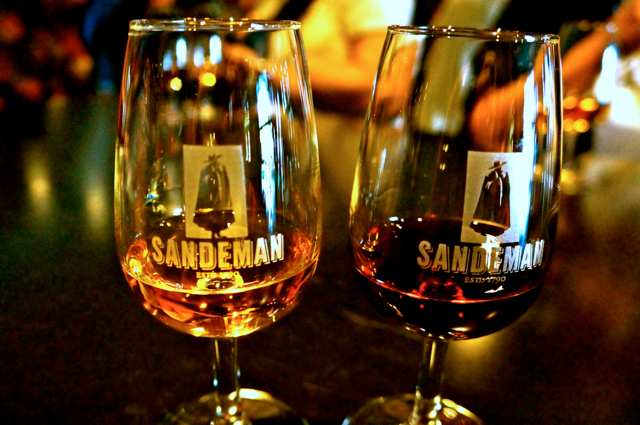 In addition to the city sites that Oporto offers, it also serves as a gateway to the Duoro Valley as a whole. The Duoro River runs for more than 550 miles and cuts through this large valley, which is home to some of the best landscapes and small villages in Portugal. Because of the varied sights to see along the shores, a river cruise is one of the best ways to see it all.

Highlights for visitors in the Duoro Valley include the museum of Duoro which shares the history of the area, the Archaological Park of the Coa Valley, home to prehistoric cave drawings, and Duoro Nature Park. The towns of Amarante and Lamego are friendly places to explore village life.

Of course you also cannot visit this region without touring vineyards. Many offer wine tastings and even the opportunity to pick and crush your own grapes. Quinto do Panascal and Quinto do Crasto are two popular options.

Because of the varied sights to see along the shores, a river cruise is one of the best ways to see it all. Check on companies like Saga for river cruise itineraries.

Have you been to Oporto? What was your favorite part about your visit? Let me know in the comments below!