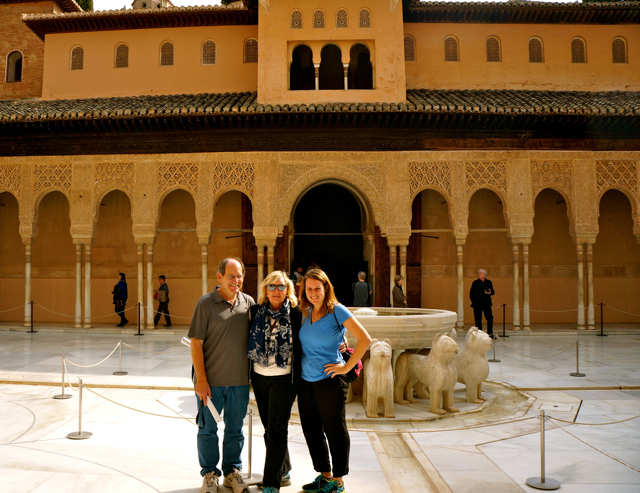 Granada, a medium city in the south of Spain, is a sparkling jewel that is a must on any traveler’s itinerary who seeks to truly see and understand Spain.

Known as the red castle, this fortress and palace has roots dating back to the 900’s. Built by the Moors and later controlled by the Jews and then Catholics, Islamic influences still run deep and it is a splendid place to take in Moorish art and architecture.

Here’s a look at some of my favorite views from the Alhambra during my visit with my parents:

Views from the Alhambra in Granada, Spain 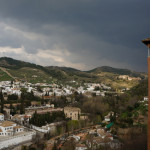 The Alhambra overlooks the city of Granada. 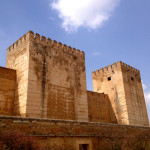 The Alhambra is nicknamed “the red castle” because of its red stones. 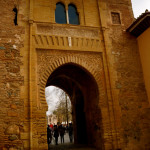 Several doors, or “puertas,” lead into the Alhambra grounds. 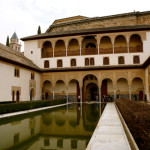 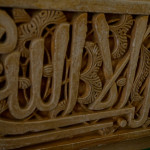 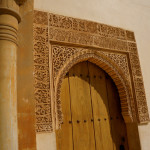 The Alhambra is full of ornate doors. 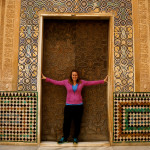 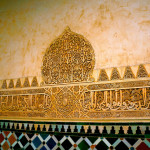 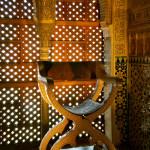 The throne of a former Moor king. 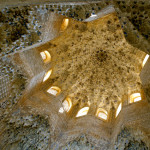 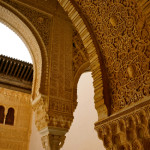 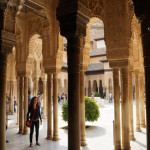 The patio of the lions is marked by many columns and fountains. 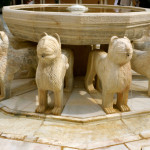 The lion fountain on the patio of lions. 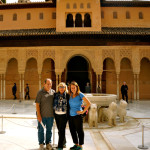 My parents and I in front of the lion fountain. 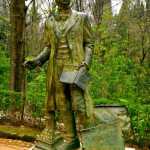 American writer Washington Irving, who wrote about the Alhambra after his visit, is commemorated with a statue.