Learn to Cook Empanadas in Argentina at Finca Adalgisa 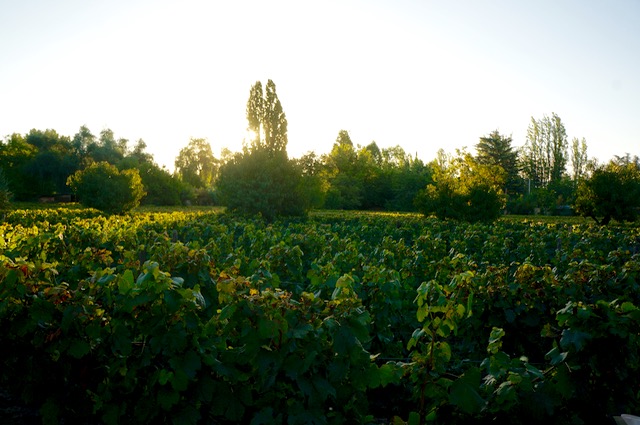 In the fading light all the greens at Finca Adalgisa are beginning to glow. It is as if the sun is lingering on the leaves, attempting to ward off its pending departure from this beautiful place. 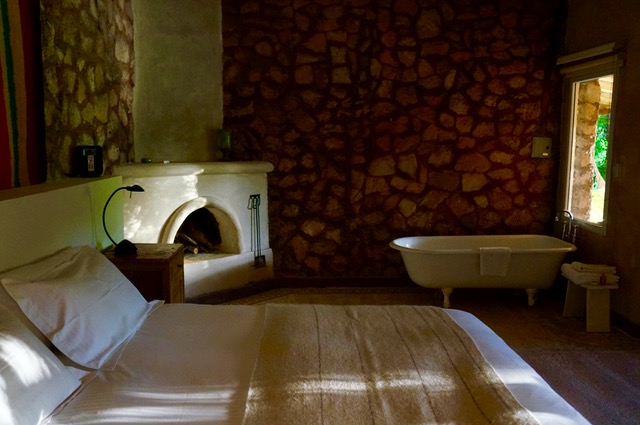 I step into one of the boutique hotel’s rooms and find that the faint hint of smoke from guests who used the fire place to warm themselves last night is lingering too, giving the room an earthy, natural feel that relaxes me. I begin to sense a theme — things tend to linger here at Finca Adalgisa and I want to too. 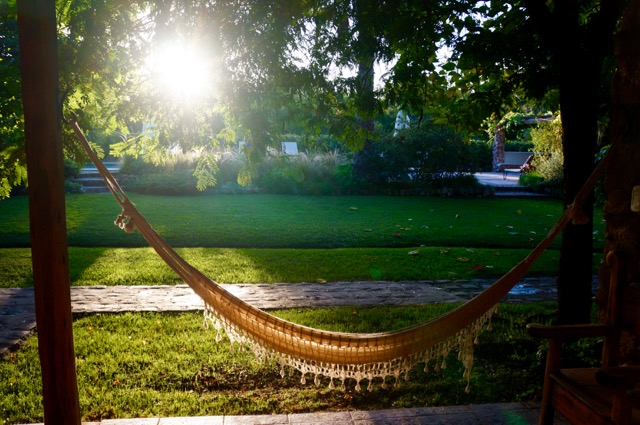 I had the chance to visit the enchanting hotel & winery near the wine region of Mendoza, Argentina and join in on a nightly cooking class.

There’s nothing more synonymous with the cuisine of Argentina than empanadas – doughy, juicy and packed with flavor. From food stands to convenience stores to gourmet restaurants, I’d had no struggle finding places to sample these meaty wonders while visiting the country. But to take my relationship with empanadas to the next level and learn to cook empanadas in Argentina, I joined in on the cooking class. 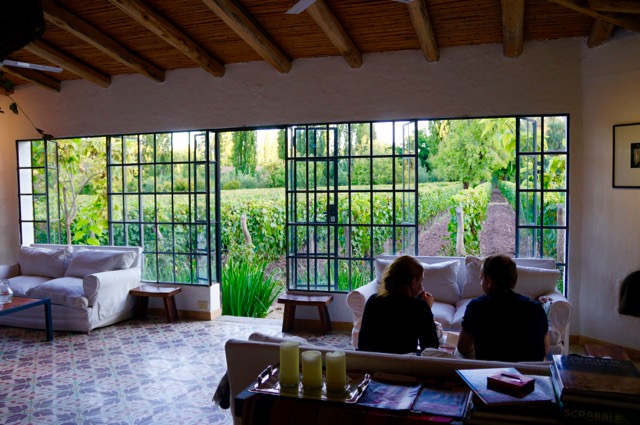 In a chic, farm house style building that overlooks the property’s vineyard, Cristina Brino, a local chef, teaches visitors from around the world her secrets for whipping up flavorful Argentine recipes such as ojo de bife with potatoes and grilled tomatoes, chimichurri, and, of course, beef empanadas. 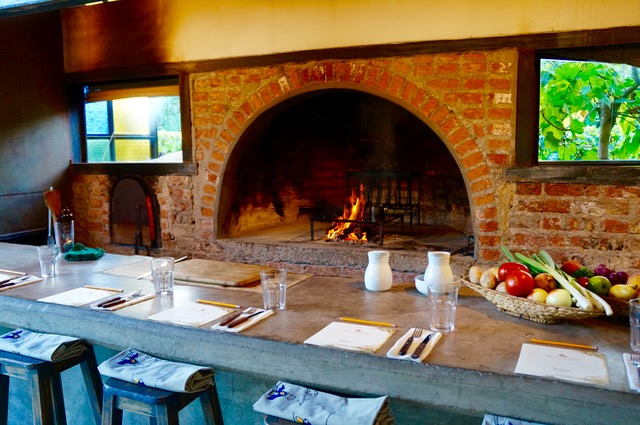 After enjoying a glass of house wine and watching the sun sink down over the orderly rows of malbec grapes, I am ready to begin my mission of making empanadas from scratch. Standing in front of a cutting board – and five other classmates – I wield a cutting knife, eager to dig into the juicy cut of rump before me. There’s just one problem – I don’t actually know the first thing about cooking, not even the basics of cutting meat. 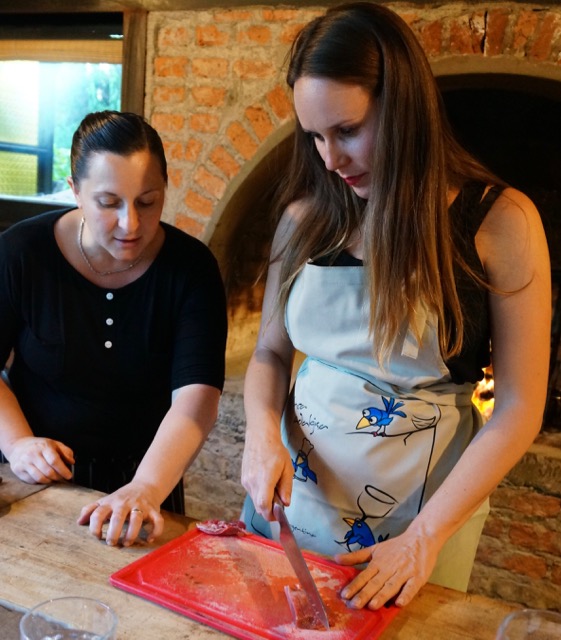 As I shakily and limply run the knife through the meat, chef Cristina Brino steps in to offer her first secret of the night – making flavorful empanadas begins at the cutting board.

“You need to dance with the knife,” she says in an encouraging tone, taking the knife into her own hand and instructing me to trace her fingers, following her movements.

Up and down and back and forth we move as she cuts the meat into thin slices before curling the strips into a “C” shape and slicing again into small chunks.

“Cut with the grain of the meat and come and go,” she adds, and our hands are indeed dancing in unison, cutting enough meat for the filling. 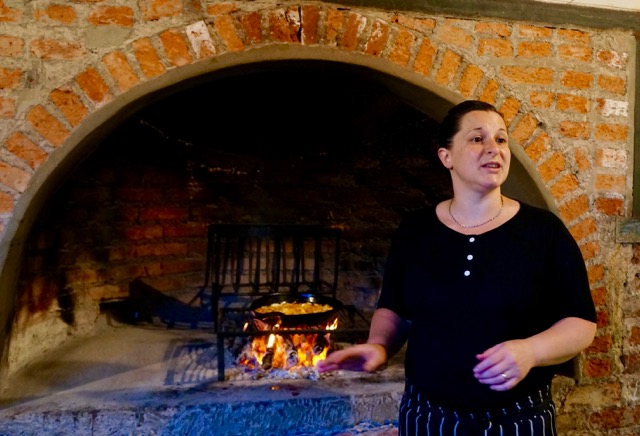 Apart from meat, empanada filling has another key ingredient –onions. Cristina tends to the coals in the traditional brick oven before her and places a pot of thinly sliced onions onto the fire.

“You must cook really well the onions,” she says, stressing her point – and Italian roots – as she moves her hands up and down with her words. “The onions need to get burnt a bit to be more flavorful. For me this is one of the biggest secrets.”

Before the beef is added to the onions they get covered with lard. (This can be easily substituted with butter for those of us who don’t live in a place where jars of animal fat are easily accessible).

“How much lard do you need,” she asks the class before pouring a large jar over the onion mixture. “The answer is a lot. The answer in Argentina is always a lot.”

Argentina is famous for its beef. The country has the second highest consumption rate of beef and is the third largest exporter of beef in the world.

The Argentines are also famous for their methods of cooking beef and Cristina clues us into these as well. As the meat is added to the filling mixture it should not be cooked thoroughly. Rather, it should only be cooked to the point of changing color on the outside. The middle should remain rare because it will get cooked when the empanadas are placed in the oven.

Once the filling mixture is complete it gets placed into the refrigerator to congeal. It is time to prepare the dough. Mixing flour, lard, salt and water in a bowl and kneading the mixture into a ball is easy enough, but rolling it out presents a greater challenge. 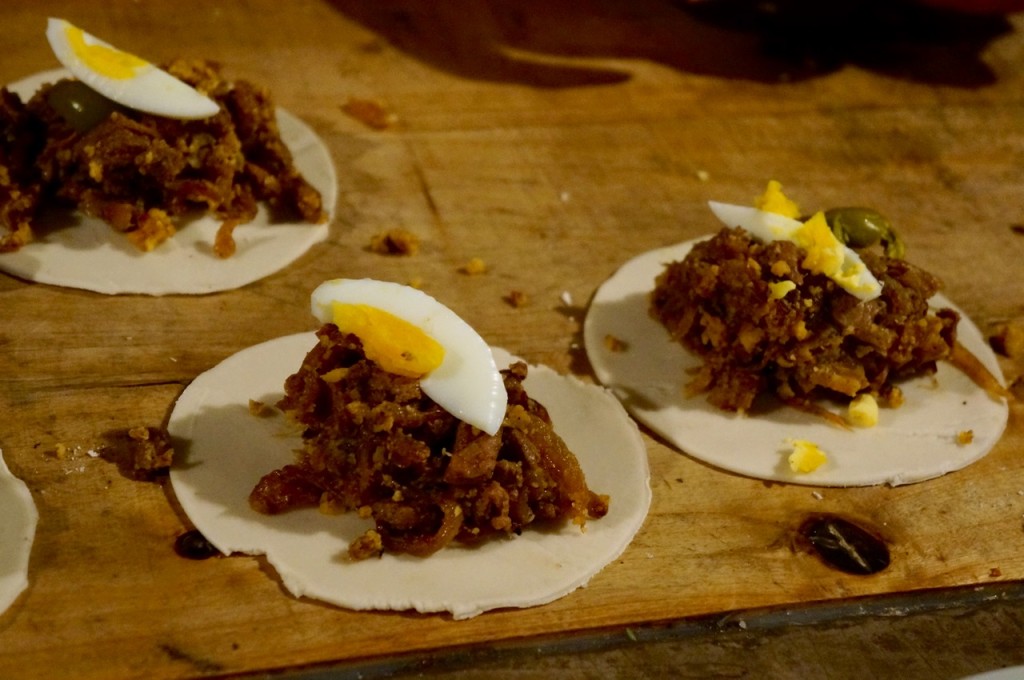 To smooth out the dough, Cristina doesn’t use a rolling pin as one may suspect, but instead threads the thick mixture through a pasta maker. Argentina has a huge Italian influence as waves of waves of immigrants have come to the South America nation. In fact, more than 62 percent of the population claims Italian heritage.

Empanadas, like many of the country’s traditional dishes, derived from the fusion of local ingredients and Italian cooking method. For this reason, the most traditional way to make empanadas involves a pasta maker. 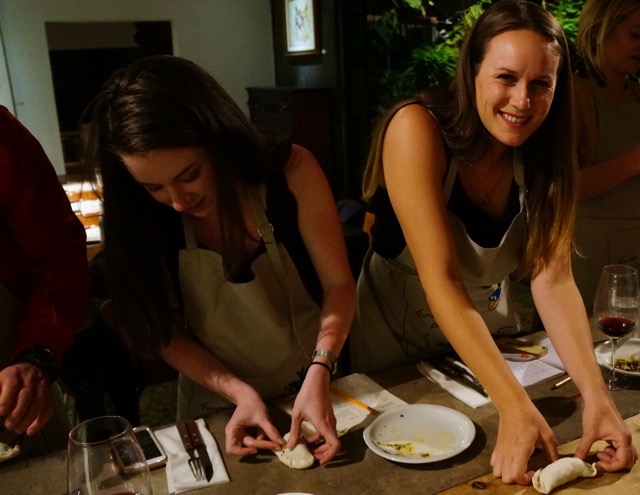 Now comes the most enjoyable part of the class – stuffing the empanadas. We place a heaping of filling onto each circle of dough along with a piece of hard boiled egg and green olive and stuff away, pressing the ends of the dough together and gently twisting the crescent into folds.

The empanadas go into the oven to be baked for a few minutes on high heat. When they come out of the oven we all experience the ecstasy of sinking our teeth into the gooey dough and succulent filling, each one of us emitting our own personal sighs of wonder as an array of flavors hit the tongue. 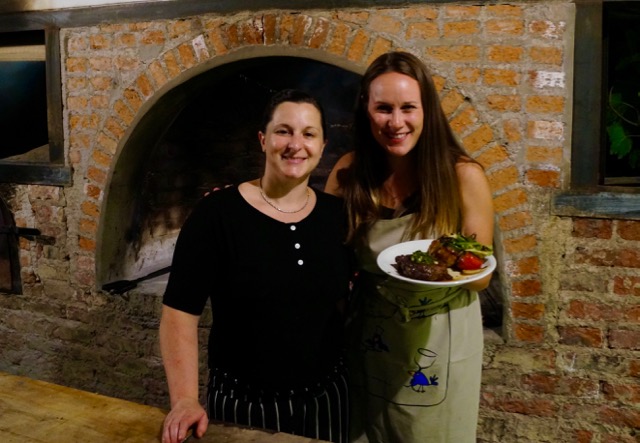 But Cristina is only getting started. Empanadas are only an appetizer after all, and this evening at Finca Adalgisa an abundance of flavorful, dishes await, lovingly crafted by our hands with Cristina’s help.

Note: I received a complimentary cooking class with Finca Adalgisa. However, all thoughts and opinions are my own.