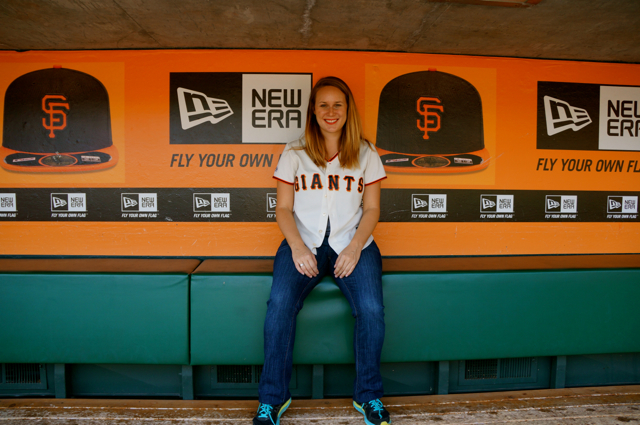 If you are a diligent reader of my blog then you already know that I am a massive fan of the San Francisco Giants.

I’m talking a Posey-cheering, jersey-wearing, not-ashamed-to-admit I sat solo on the couch the entire month of October in 2012 to watch my team win the World Series kind of a fan. For that I can thank my dad, loyal to the Giants his entire life, even through years of heartbreak and drought.

During my recent visit to San Francisco with my grandma, I was excited to learn that a behind-the-scenes tour of AT&T Park is one of the 30 offerings included on the Go card San Francisco ®. We passed the ballpark shortly before one of the daily tours was set to begin, and, thanking our fate, decided to join in. 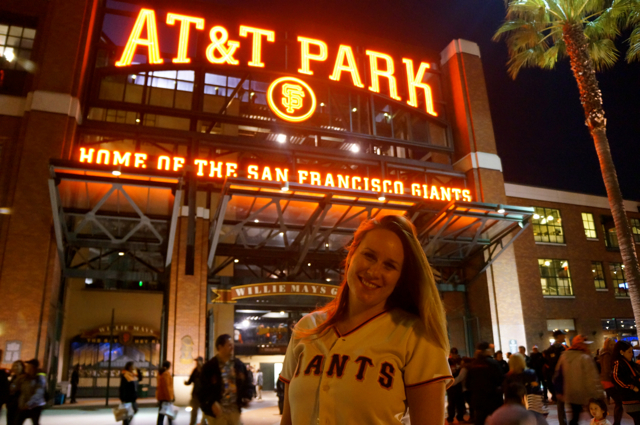 AT&T Park is located at 24 Willie Mays Plaza, an address created solely for the new stadium, paying homage to one of the teams most beloved players and his number. The stadium is in the South Beach neighborhood of San Francisco and overlooks the bay. 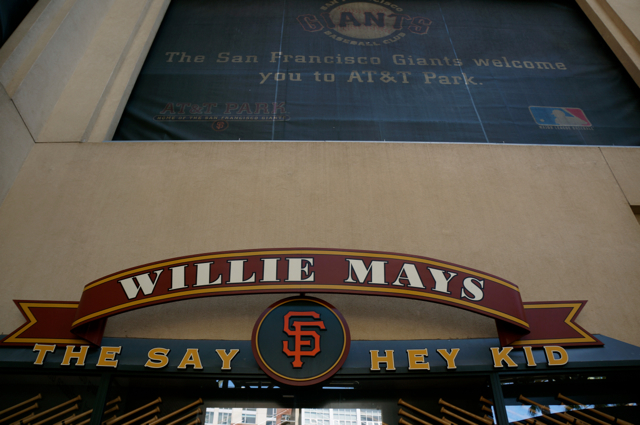 The ballpark opened in 2000 as PacBell Park. In a rare move, no public funds were used in building the $357 million stadium. On the two-hour tour we received VIP treatment, seeing many sights usually reserved for only Giants players and staff. 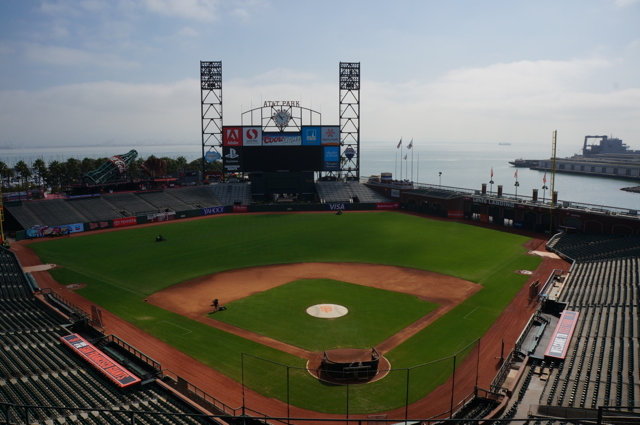 First we climbed to the upper deck for a uninterrupted view of the field. AT&T Park has a seating capacity of 41,606, including 68 luxury suites and nearly 7,000 club seats on the club level and behind home plate.

Our guide Billy led us to the Press Box, of special excitement to me being a blogger and all. Maybe one day I’ll sit here and cover a game. I already have the uniform! 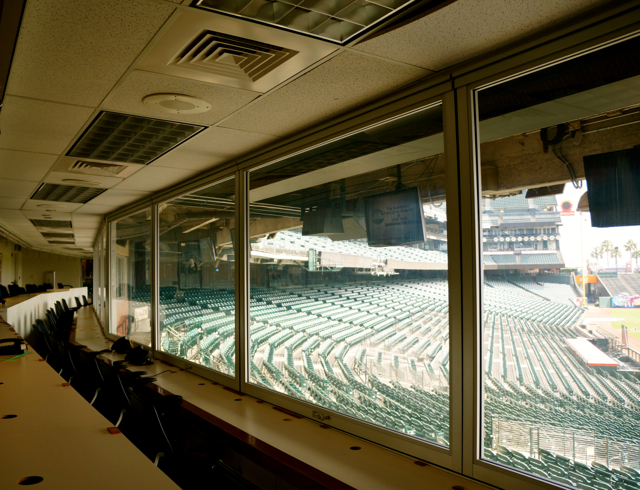 From where journalists watch games to the seats of the rich, famous or well connected, we walked through the luxury suites on the Virgin America club level. 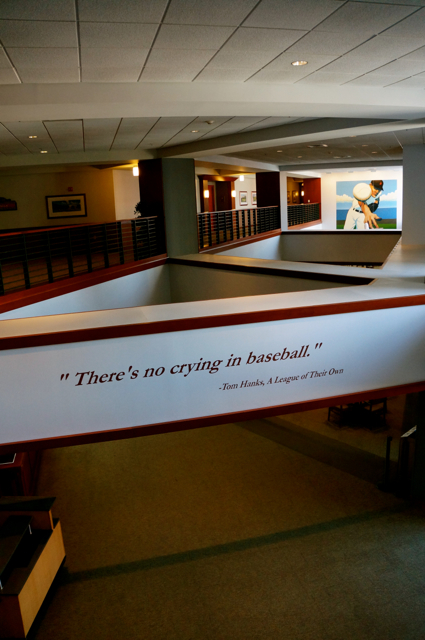 In addition to pristine vantage points of the field, this level is also home to memorabilia that will send any Giants fan through the roof with excitement, including Willie McCovey buttons, a collection of old home plates and mound dirt from Matt Caine’s perfect game. 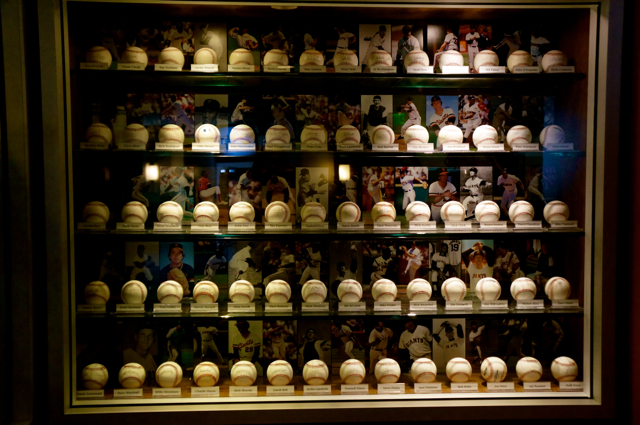 But the most exciting fact about the club level is that it is home to two World Series Commissioner’s Trophies, earned by the team in 2010 and 2012. 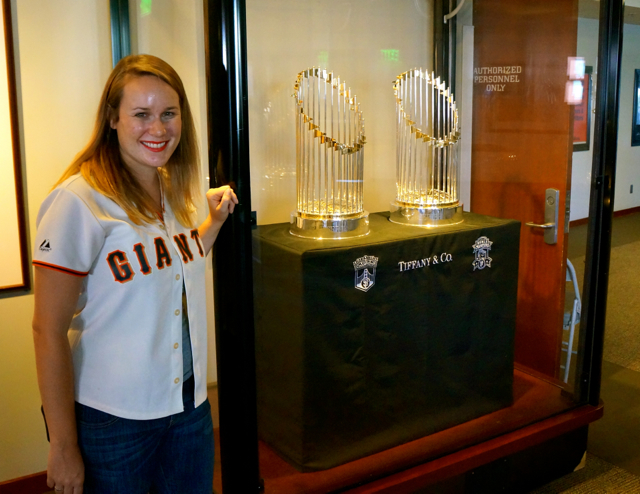 Charged with adrenaline, Billy escorted us to the visitor’s clubhouse and we got to stand in the visitor’s locker room. The lockers here are smaller than those reserved for the home team. 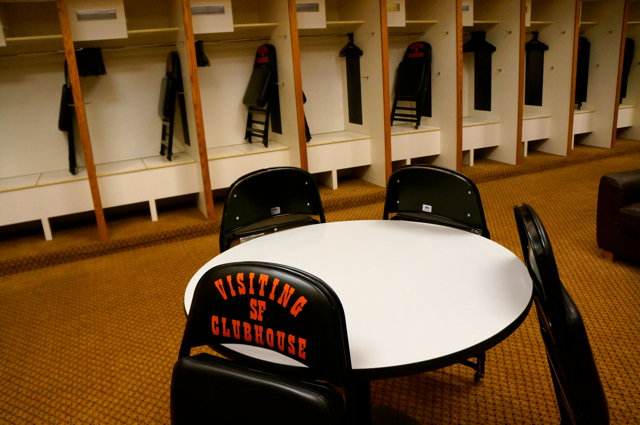 From the locker room it was just a short walk to the field. 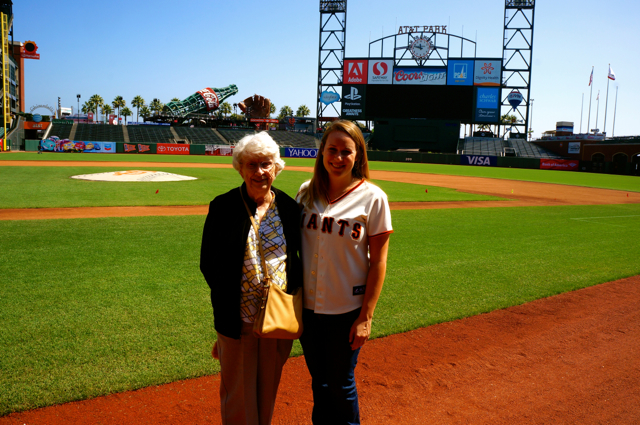 Yes, during the ballpark tour you get to stand on the field, and… wait for it…you can also sit in the dugout. Yes! The actual visitor’s dugout!

This tour was a highlight of my time in San Francisco and will be sure to leave even the slightest Giants fan dizzy with excitement for the best team in Major League Baseball. After the tour I was left with just one question; how do I look as the Giant’s Manager? 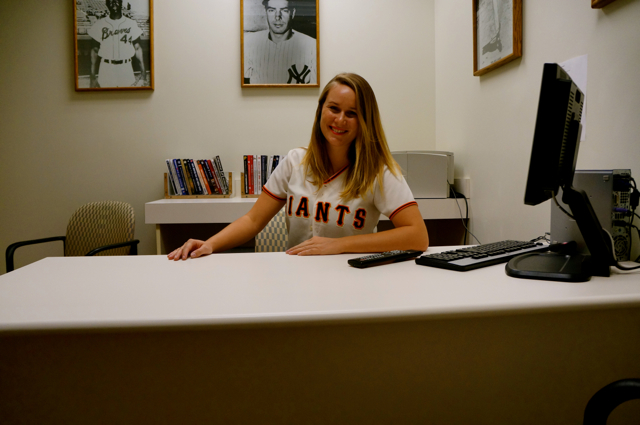