See the Windmills of La Mancha at Campo de Criptana 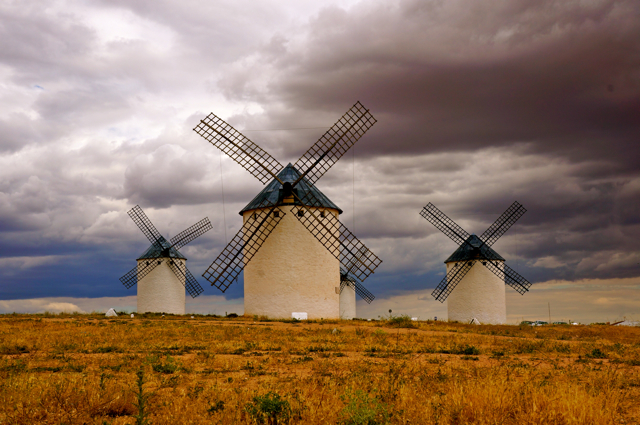 Out of all the day trips I took while living in Madrid, Campo de Criptana easily stood out as my favorite.

This small pueblo, two-hours from Madrid by train in the region of La Mancha, would be largely unremarkable if it was not home to a collection of windmills made famous by Don Quixote. The novel, written by Miguel de Cervantes Saavedra in 1605, chronicles the adventures of Alonso Quixano in his quest to revive chivalry. Representative of the Spanish Golden Age, this work played a huge role in shaping the modern novel and Spanish pride for the author and his works still flourishes throughout the country as is evidenced by the many monuments and plazas dedicated to Cervantes.

One of the most iconic scenes in the novel involves a collection of windmills that Don Quixote fights, mistaking to be giants.

See the Windmills of La Mancha at Campo de Criptana 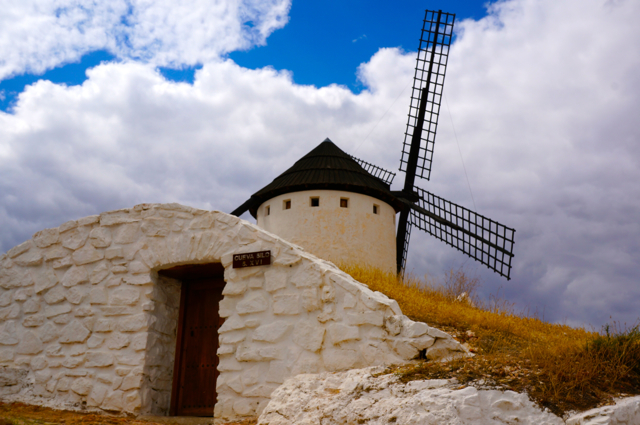 Before I came to live in Madrid, I knew embarrassingly little about Spain despite having minored in the language in college. Three stereotypes danced through my mind: bull fighting, flamenco and these windmills.

And so, when I finally trekked out to Campo de Criptana to get an up close view of these iconic windmills, I was quite excited.

Well actually, I may have been so excited that I started doing cartwheels. 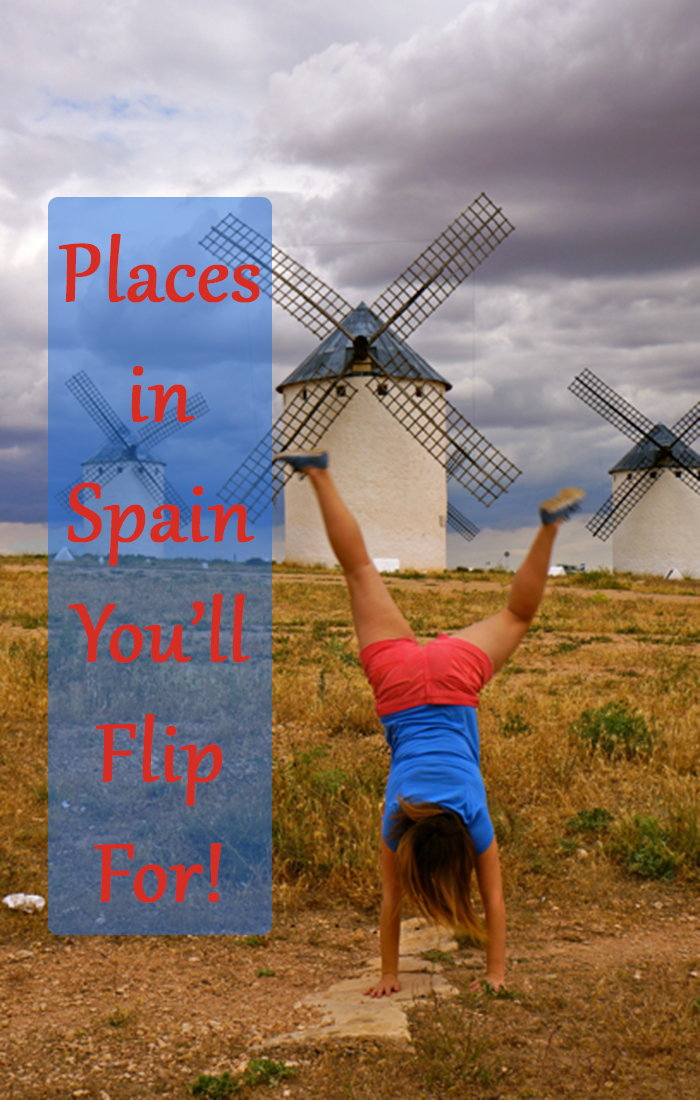 Thanks to my good friend Paul for not judging me and documenting the moment. 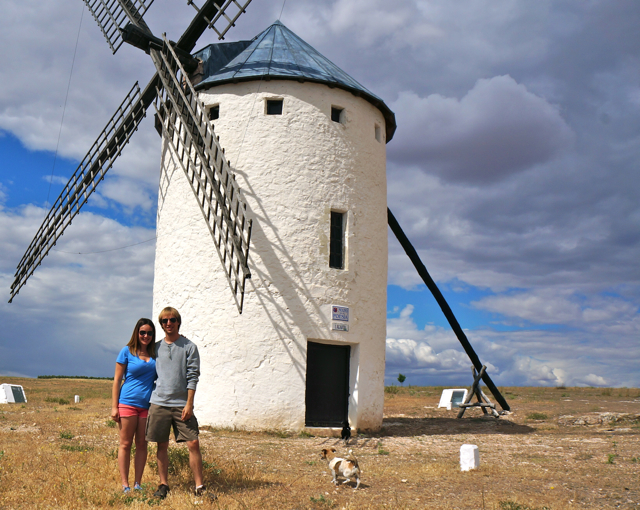 Campo de Criptana is home to ten windmills that sit on a hill overlooking the town and the La Mancha countryside. 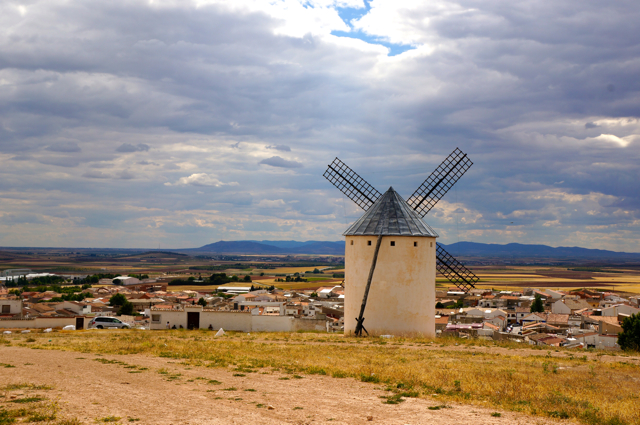 Many of the towns buildings are white and blue and the walk through the winding streets to the hill top is simply lovely. 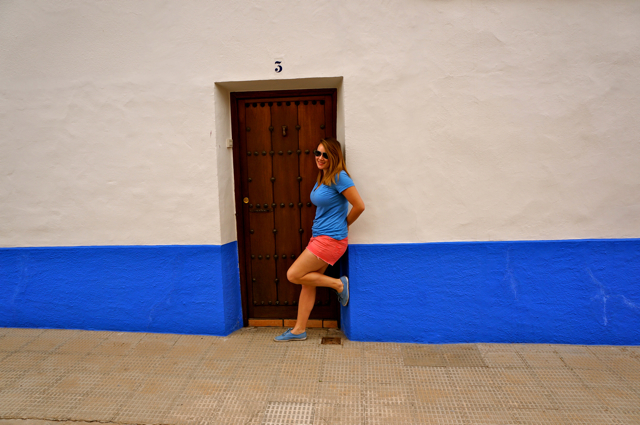 Windmills like these were popular in the Spanish countryside in the 16th century. The wind power helped millers grind grain. The two-leveled windmills were still in use by millers and farmers up until the 1980’s.

Unfortunately, the majority of windmills built in the 16th century have not survived to modern times. However, Campo de Criptana and the nearby town of Consuegra offer opportunities to get up close to these giants and take a glimpse into Spain’s past. 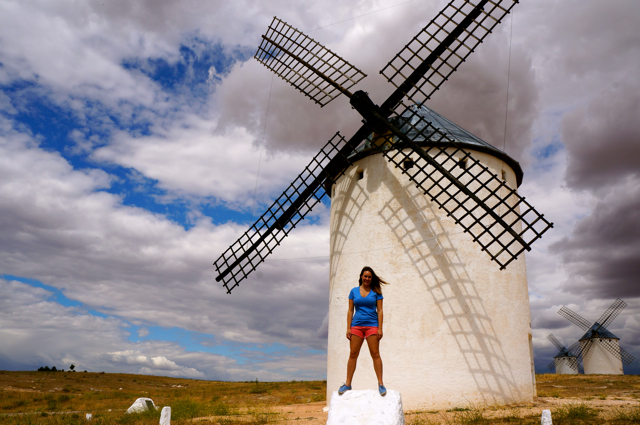 There’s really not much to do in Campo de Criptana besides exploring the windmills. There is a cathedral and main square in the town, but I recommend spending the rest of your day here at one of the nearby restaurant’s terraces, hopefully soaking up the sun and relaxing with a cerveza. 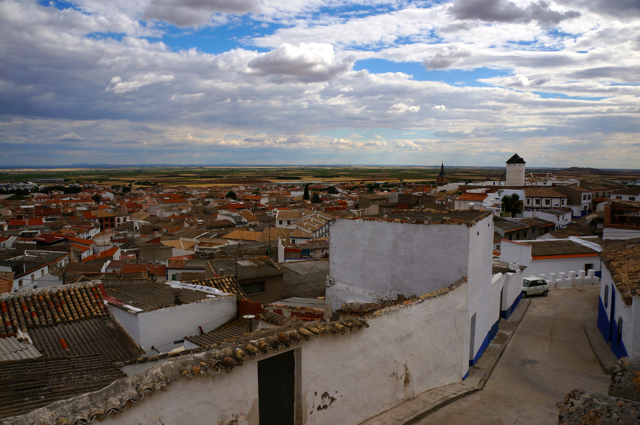 How to Get to Campo de Criptana