As I walk through the wooden doors of the Vikingskiphuset, the roof unfolds into a  sweeping  oval dome, framing perfectly the restored remains of the Oseberg Ship.  I’m taken aback by its power, steming  from both its magnitude of size and beauty of design. The site of this 1,100 year old viking ship looming before me leaves me literally gasping with admiration in a way that unexpectedly parallels my reaction to seeing the Eiffel Tower and Michaelangelo’s David.

See More, Save More With the Oslo City Pass 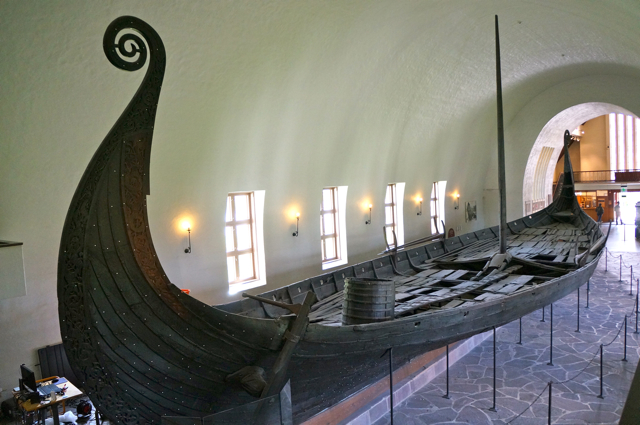 The Viking Ship Museum in Oslo is home to the world’s three best preserved viking ships, used in funeral ceremonys and buried along the Oslo fjord. The museum also houses artifacts found on the ships, including a funeral carriage, clothing, tools and sledges, as well as the skeletal remains of those buried long ago. 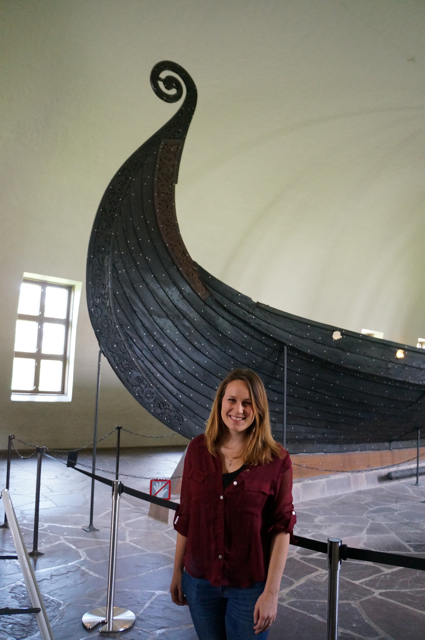 The Viking ship museum is just one of the more than 30 museums that offer free entry with the Oslo City Pass. This pass also includes free public transport, parking, entry to swimming pools and discounts at restaurants, shopes and sightseeing activities. 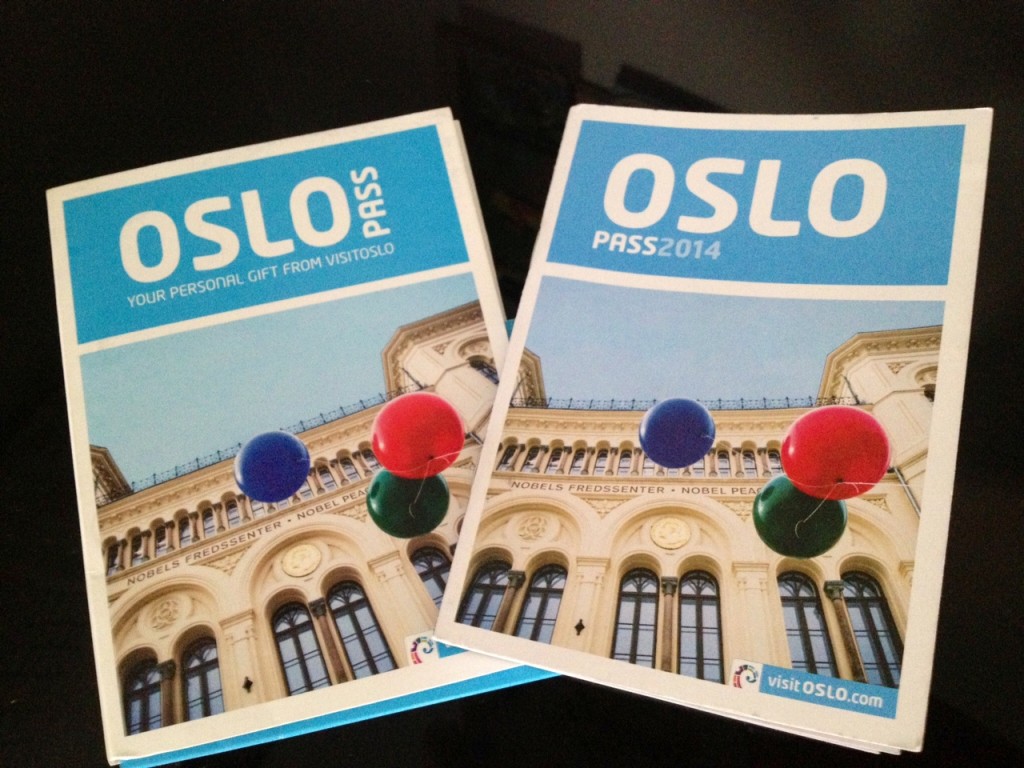 Oslo passes can be bought for 24, 48 or 72 hours and can be purchased at the Tourist Information Centre or many accommodations. Child, senior and student rates are available.

Almost every major city in Europe has a city pass these days, but not all city passes are created equal. Oslo’s is one of the best I’ve seen because it includes free entry to virtually all of the attractions you will want to see while in Norway’s capital city. Perhaps one of the reasons Oslo knows how to do a city pass right is because they were one of the first to offer such a pass starting in 1984. 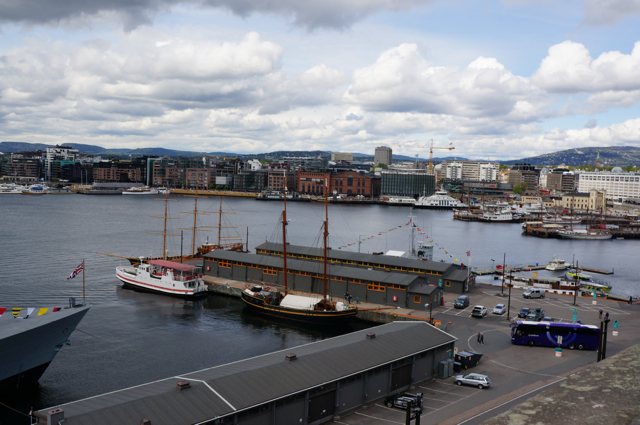 The capital of Norway, Oslo is the oldest of the Nordic capitals, with more than 1000 years of history dating back to the era of the Vikings. 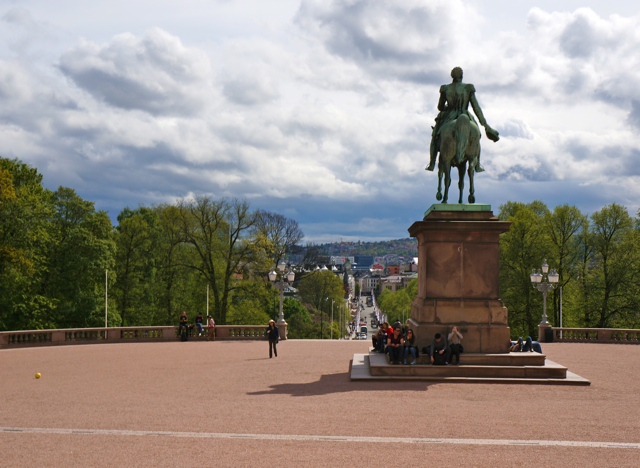 Oslo is a uniquely beautiful city, because the center is located at the end of a long fjord. A train ride out of the city center reveals charming scenes of colorful houses  dotted along the waters edge, open, grassy spaces and beckoning islands. 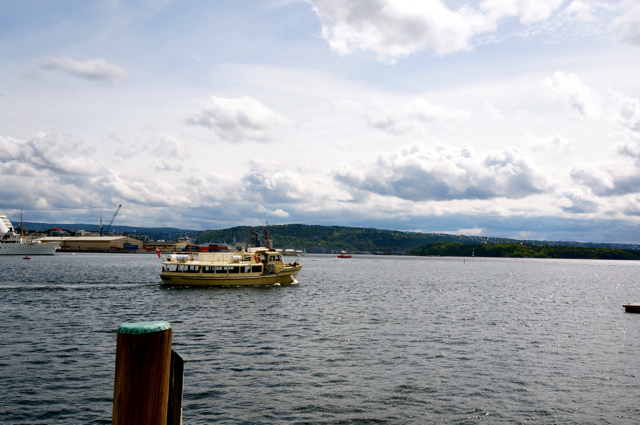 I spent a day exploring the city with the Oslo City Pass.

After exploring the Viking Ship Museum, I took a short walk to the Norsk Folkemuseum, an open-air cultural museums that has  160 historical buildings onsite. The museum gives insight into more than 500 years of life in Norway. 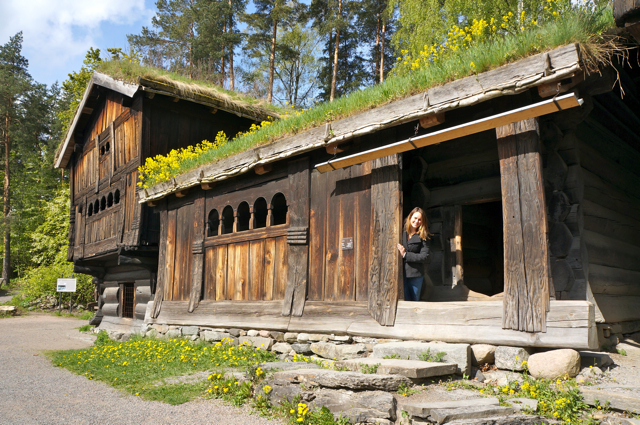 The highlight of these exhibits is the Stave Church, a medieval church from Gol that was built in 1200. Churches like this one have become a  symbol of Norway. 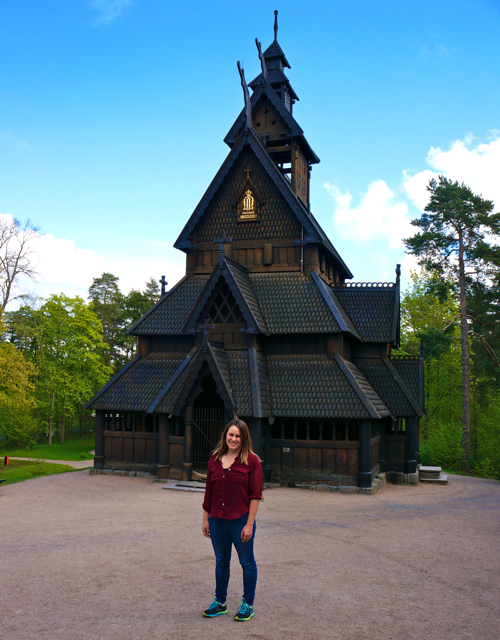 Using my Oslo City Pass to take advantage of free public transportation, I took a bus to the Royal Palace. Norway still has a monarchy in place and this is the official residence of the present king, Harald V of Norway. 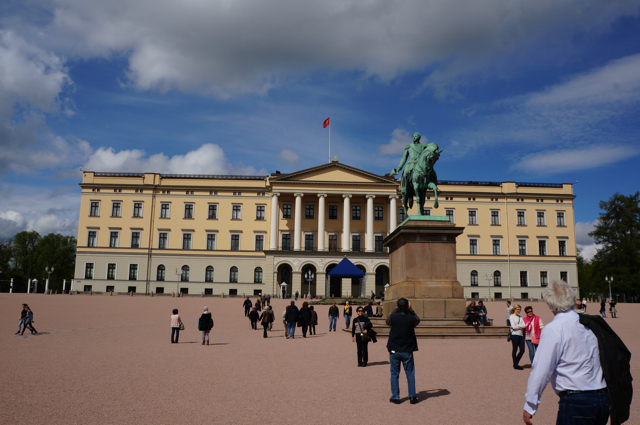 I then strolled  past scores of tulips in full bloom down to the waterfront to pay a visit to the Nobel Peace Center. The Nobel Peace Prize is awarded annually in Oslo City Hall. The center showcases the prize and past recipients and shares the story of Alfred Nobel. 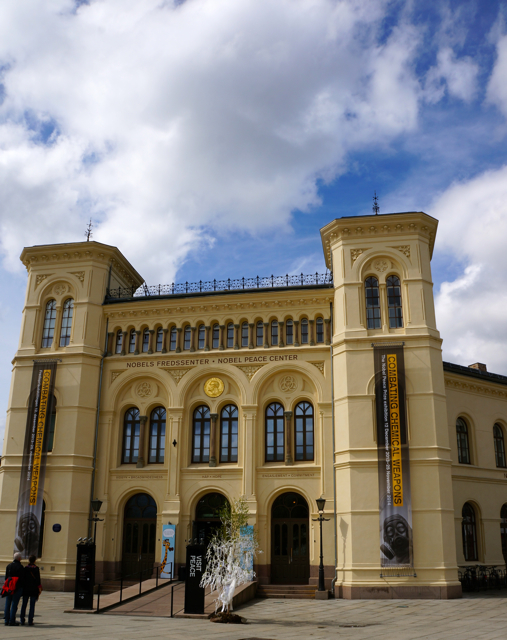 This museum is home to a collection of interesting and relevant exhibits on current peace issues in the world and is a great place to ponder these issues and their solutions.

I particularly enjoyed an exhibit on the relationship between freedom of expression and social media. Facebook, Youtube, Pinterest and Twitter are all less than ten years old. What effect is this rapid change in social networking having on democracy? 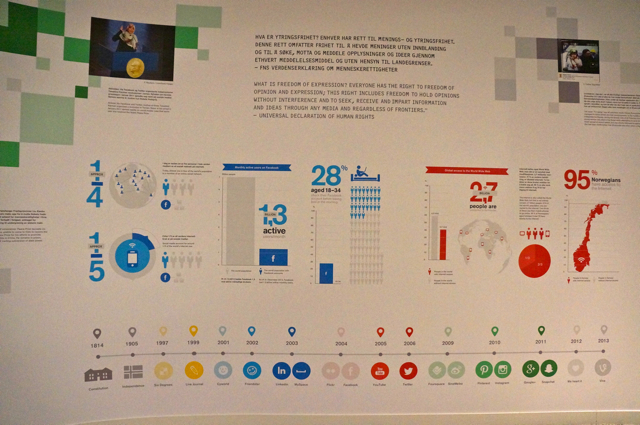 From the Nobel Peace Center, it is just a short walk to the Akershus Medieval Fortress.  Walking the grounds of the fortress is free, but the Oslo City Pass provides access to the castle. Dating back to 1300, this strategic military site was home to generation of kings and played an integral role in defending Oslo. 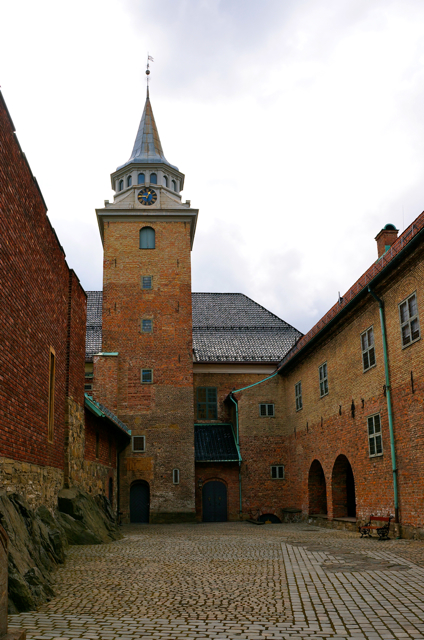 After visiting the Akershus Medieval Fortress I sadly had to leave the city to catch my flight back to Madrid. 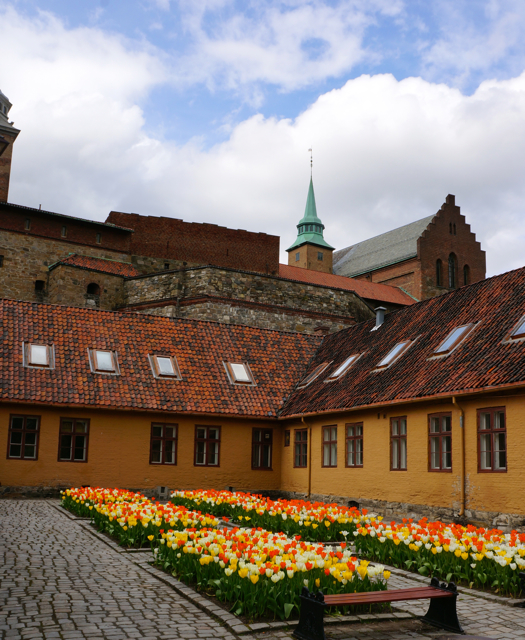 I wanted to scream at having to leave because I didn’t have enough time to visit the National Gallery or Munch Museum. Both are included on the Oslo City Pass and both house painted versions of The Scream, by Edvard Munch. This was the first piece of art I actually paid attention to as a child and I was quite disappointed to miss out on seeing it.

Oslo is a beautiful city and one of my favorites I’ve visited in Europe. I will definitely be going back and one day will see The Scream.

Note: I received a 72-hour Oslo City Pass from Visit Oslo. All thoughts and opinions are my own.

All Posts »
PrevPreviousTop 10 Things to Do in Oxford, England
NextMy Stay at ValenciaflatsNext