Women Who Travel Solo: A Solo Trip to Morocco With Jessie Beck

From drinking tea in Marrakech to camel riding through the Sahara Desert to motorcycling down the coastline, Jessie Beck's stories of a solo trip in Morocco will make you want to book a trip immediately. (Take us with you, please).

Jessie Beck is the Editor-in-Chief of Go Overseas and The Nomadic Beat. In this week’s Women Who Travel Solo, Jessie shares her tips for a solo trip to Morocco. Trust me, her stories will make you want to book a ticket ASAP!

I can’t remember… literally. My parents took me on my first international trip when I was one year old to Paris (my first birthday coincided with France’s 200th!), and on several others to Germany and Panama as a kid. I’ve grown up with it, and have always had a next destination in mind. I’ve never thought of living otherwise!

Why did you decide to travel to your chosen destination alone?

When I was studying abroad in Malta, we had a whole two weeks off for spring break. Obviously, I wanted to take full advantage of it and go somewhere I couldn’t “do” in a weekend.

After searching around, I got my heart set on Morocco. Unfortunately, none of my other friends did. I couldn’t convince any of them to join me — they all had their hearts set on Rome, Paris, or somewhere on mainland Europe —- and I almost decided to follow suit.

But then, a very persuasive Czech friend told me “just go. You’ll make friends in hostels. You can couchsurf. You can join tour groups if you don’t want to see anything alone. You’ll be fine, and you’ll rarely be alone.” He changed my mind and I immediately went home and bought a ticket to Marrakech. 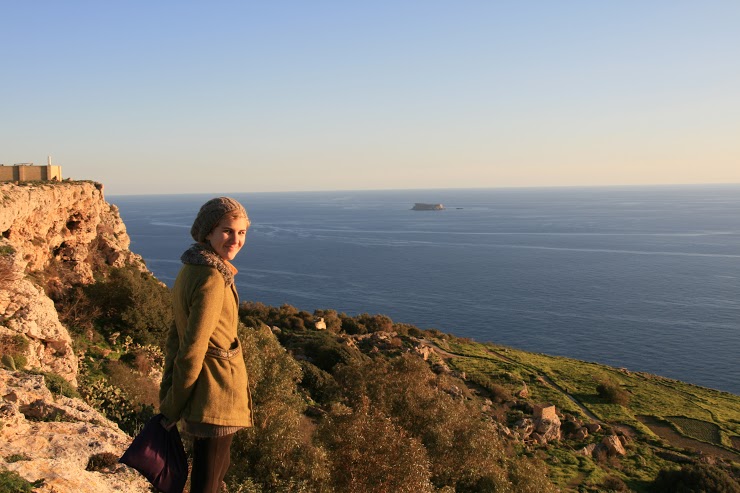 Tell us about your experience in Morocco as a solo traveler.

I’d traveled a little by myself in Europe at that point, but the idea of traveling for two weeks in a totally foreign country by myself intimidated me. I was worried about traveling alone as a woman in a traditionally patriarchal country. I obsessively Googled what I should wear and what I should expect.

Normally, I like to play things by ear, but for Morocco, I planned more than usual. When I landed, I already had my first few days at a hostel booked and had contacted a Peace Corps Volunteer to couchsurf with.

Once there, I was surprised by how comfortable I felt alone. Marrakech sees a fair amount of tourists, so I wasn’t too out of place. Morocco is also pretty laid back compared to other Arab countries, so — even though I wore a sweater every day despite the 80 degree heat — I felt like I’d mostly worked myself up and there wasn’t as much to worry about as I’d expected. 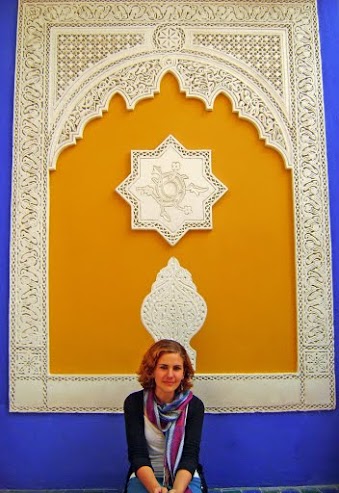 The incredible thing though, was this was the first time I traveled solo and literally struggled to have alone time. I ended up making far more friends than expected — just like my friend had said. I spent a few evenings hanging out with two Moroccan university students drinking tea in Marrakech. I camped in the Sahara with a couple of Kiwi girls. Rode down the coast with a German who was motorcycling through Morocco. Stayed with a Moroccan surfer-chick in Essouaria. Hitchhiked into the Atlas mountains and took a taxi with a goat in the trunk. I swam with a couple of Spanish Rastas in a waterfall, and rock climbed in Toudra Gorge.

It was far more than I ever could have expected or planned, and most of these things happened precisely because I was alone. I mean, that German motorcyclist only had room for one — what would I have done if I’d been with a friend?? Said no, sadly.

What recommendations do you have for solo travelers in Morocco?

I absolutely loved the hostel in Marrakech I stayed at, Equity Point. I think they’ve added a pool since then, but I remember it being a beautiful little oasis with delicious breakfast, and was affordable (even for a college kid!)

Beyond that, drink lots of tea, try the avocado juice, and don’t get too close to the camels. Try to go in the spring or fall, when it’s not too hot, but not unbearably cold either. 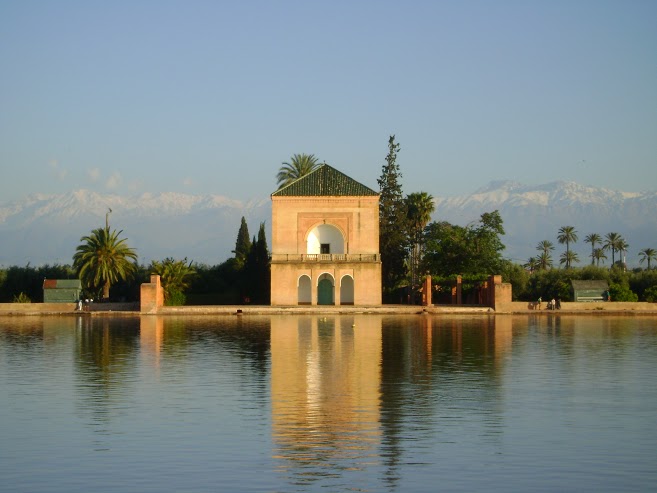 What was the best part of your solo trip to Morocco?

Well, as crazy as it sounds, it was my first time hitchhiking and I had a ton of fun with that.

A bunch of the bus drivers went on strike right when I first arrived, so getting a bus anywhere — unless you booked several days in advance and on a tourist line — was near impossible. Being a near-broke college kid at the end of my trip, and having heard a story about another woman who had hitchhiked successfully in Morocco, I decided to try it.

Turns out, hitchhiking in Morocco (and most African nations) is really, really common. It’s how you get a bus or collective taxi to pick you up from random spots or smaller towns. Besides the German motorcyclist (who couch surfed at the same place as me), I also ended up getting a ride from an eccentric Swiss family, tons of chicken busses, and a Moroccan truck driver who rambled on about his beautiful girlfriend (a little weird, but OK…)

I was still pretty naive to the whole friendly-can-be-taken-as-flirtatious thing, so at one point in Toudra Gorge, I ended up chatting with an older carpet seller who stopped me on the side of the road. He tried to show me his carpets (obviously), but I told him I wasn’t interested and was trying to find a guide to take me rock climbing.

Being a small town, he — of course – knew someone, and offered to give me a ride on his scooter up the road to the place. Again, maybe this was dumb, but I said yes, he introduced me to a guide (who was my age), and I set a time to meet and go climbing the next day. Afterwards, because there wasn’t anything else to do, I accepted his invitation to have dinner with his wife, sister, and five kids — which was pretty awesome, actually – but then left when things got a little too weird.

The next day after climbing, when I was sitting with my guide, a couple of German travelers, and one of the guide’s friends, the carpet seller passed by the cafe and started crazily shouting that the guides are scoundrels and can’t be trusted. It made me really uncomfortable, and I ended up getting the f- out of there the next day. Clearly, I had done some sort of cultural wrong and though it was awkward, it taught me a lesson on the potential consequences of being overly friendly. 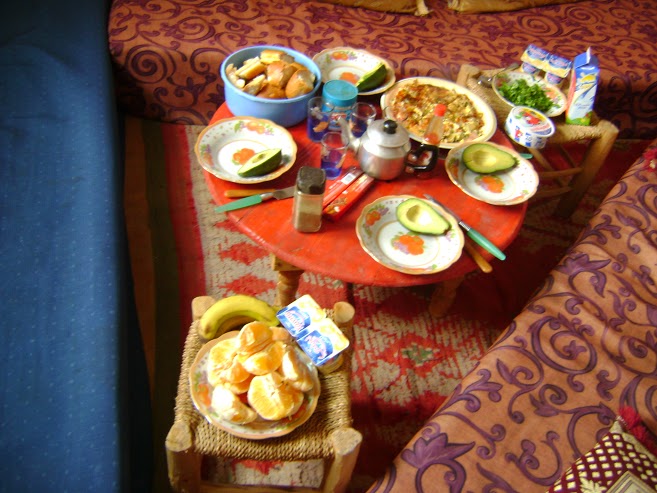 Are there any safety concerns for women traveling alone to Morocco?

Of course. But mostly these concerns are the same as anywhere else. You run the risk of accidentally flirting with men, being too promiscuous, etc. but as many times as I stupidly did this myself, I never felt like I couldn’t get out of the situation or say “no, things have gone too far.”

Basically, just be conscious of how your behavior is being perceived, and dress modestly and you’ll be fine. Foreigners get a lot of leeway in Morocco, but that doesn’t mean you need to push it. Cover your knees and shoulders at minimum, and arms and legs if you can. 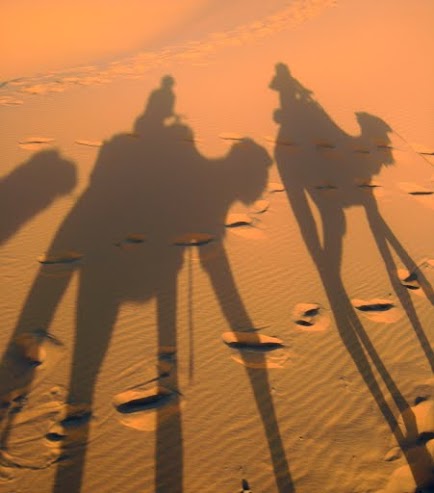 Take everyone else’s fears and concerns with a grain of salt. If someone says a place is safe / dangerous, question them on why. Are they telling you this because they’ve been there and felt unsafe? Or is it just hearsay?

I’m not saying to ignore their advice, but to get multiple opinions. What might be a terrible place to travel alone as a woman for one person might be awesome for another. Other times, the fears are unfounded.

For example, I don’t think I would have been able to do as much as I did in Morocco without being able to speak French — I don’t think I’d recommend hitchhiking there to someone who didn’t. But hey, maybe you’re really great at miming things — in which case, ignore what I said and make up your own mind about it.

Just in case you don’t have a very persuasive Czech friend like I did to talk you into solo travel when you’re feeling hesitant, let me act like one for you:

Just do it! If you can’t find anyone to go with you, go anyway. Push yourself. Make your own adventures. Put yourself out there and try really freakin hard not to hide yourself in a book the whole time. Make friends. Talk to people. Say yes to everything and anything (okay, maybe not everything, but you see where I’m going with this).

When visiting Morocco, it is important to find the right touring company. Ready Morocco Tours is a family business that offers reliable, insured service in SUVs with air conditioning, which is a must in the desert heat. Because Ready Morocco Tours is a small company they are able to be selective with their drivers and all speak English and customize the experience, stopping wherever guests like. Additionally, their price are competitive and offer different options.
Ready Morocco Tours offers desert trips as well as long and short excursions to different cities and points of interest around the country. From the Ourika Valley & Atlas Mountains to Ouzoud Falls and cities like Chefchaouen & Fez this company does it all.
Morocco is becoming a famous destination more and more each year because of the unique landscapes, culture and the things to do. Explore the Sahara desert and visit the Imperial cities of Marrakech, Fez, Meknes and Rabat. Walk from a remote Berber community into the magnificent High Atlas Mountains. Take a relaxing break near the beach in charming Essaouira  after a hot desert trip and unwind as you experience a traditional Hammam. 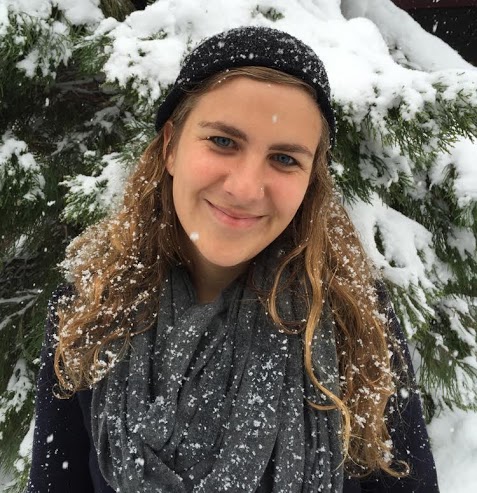 Originally from the Washington D.C. area, Jessie Beck studied anthropology in Dakar and Malta, taught ESL in a Costa Rican cloud forest, and volunteered as an education volunteer with the Peace Corps in Madagascar. Now, she’s finally back in the U.S. as the Editor-in-cheif at Go Overseas in Berkeley, California. When not at work or traveling the globe, she can be found biking and eating her way through the Bay Area, rock climbing, writing, or reading travelogues in her local coffee shop. Find her at beatnomad.com.