After a six-plus hour bus ride from Bologna, Italy to Ljubljana, Slovenia, walking through the double doors of City Hotel felt like stepping into a palace. Clean marble floors glistened, sharp orange and yellow walls filled the lobby with cheer and a friendly staff member smiled brightly, before speedily performing the check-in procedures and handing me a key. It was all I could do to change into my pajamas and wash my face before climbing into the beyond comfortable bed, crawling beneath the fresh, white duvet and crashing into a deep sleep that lasted the entire night. 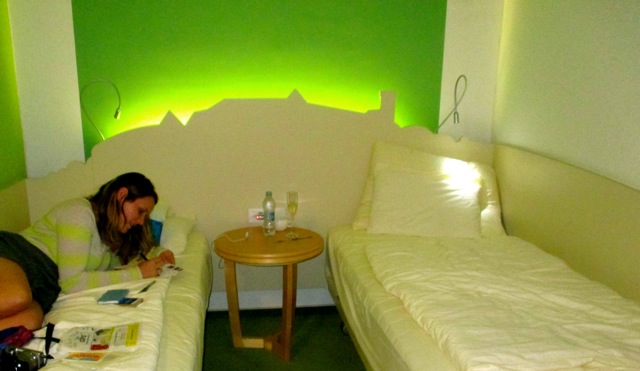 City Hotel is located in downtown Ljubljana, an easy walk from both the train station and historic district of Slovenia’s capital city. But one needn’t leave the hotel’s walls to be immersed in a history lesson. City Hotel is located in a building that dates back to the early 1800’s. It originally opened as a pub that was a favorite of France Prešeren, a poet who is still the most celebrated in Slovenia today. In 1903 the pub was converted to an inn called Hotel Štrukelj.

Hotel Štrukelj had a peaceful existence until 1942 when the owner was kidnapped and murdered by Slovenian Communists. The hotel continued operating during World War II, managed by the owner’s wife and children, miraculously evading occupation by opposing forces. While the hotel was able to survive World War II, it was not able to survive the Communist Revolution that followed. The family was forced to flee in 1945 and the new government took control, renaming the property Hotel Turist and making many modifications.

The story of City Hotel does have a happy ending, however. After the fall of the Iron Curtain, members of the families who owned the hotel prior to the Communist Revolution reclaimed the property, demolished the Hotel Turist and built the new City Hotel in 2007. Today City Hotel continues to be owned by a member of this same family – Marjanca Krajc. 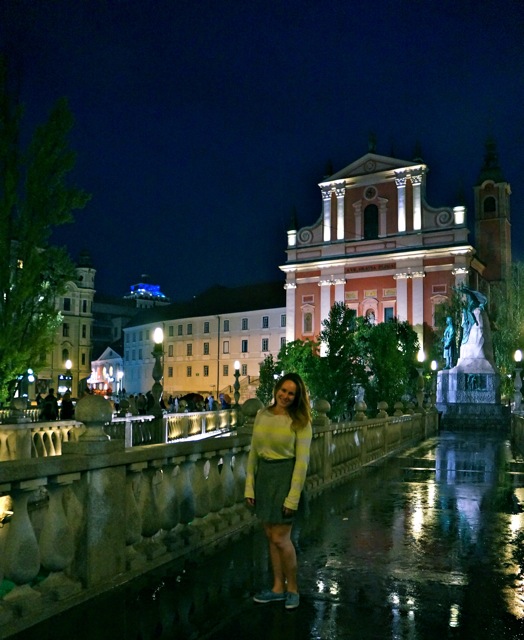 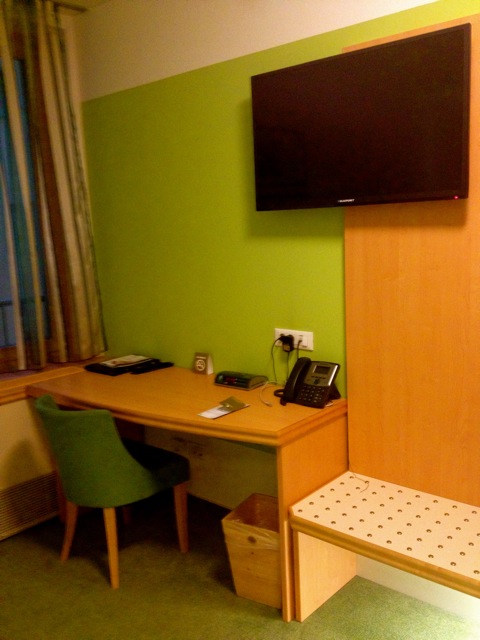 Mine was decorated with green themes and photographs of the dragon bridge, one of the city’s most notable landmarks. 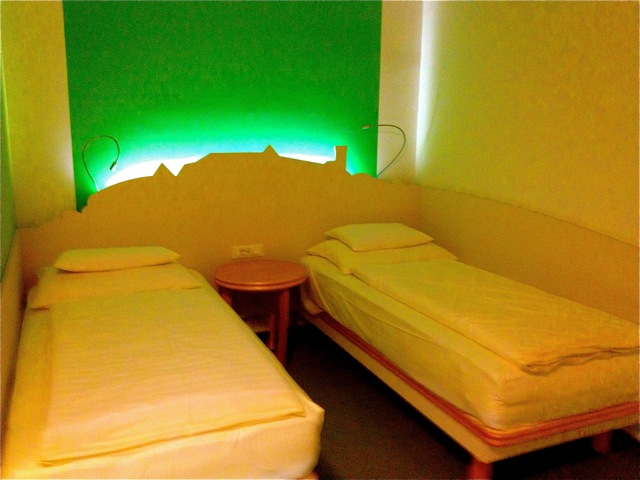 A stay includes access to a beautiful breakfast buffet – the largest of any property I stayed at during my year in Europe. Expect breakfast to take longer than usual, as with such a wide selection of fruits, pastries, cheeses, omelets and pancakes it is difficult to decide what to eat first. Feeling in a glamorous mood? The breakfast buffet even includes mimosas! I could have stayed here all day.

But perhaps the greatest highlight of a stay at City Hotel is the friendly staff. I was always greeted with a smile and given many recommendations on what to do in the city. I was able to store my bags for a full day after check out and the staff even locked up my laptop for extra security.

If you are heading to Ljubljana I highly recommend considering a stay at City Hotel. You can be sure your stay will be full of comfort and history.

Note: I was provided with a complimentary stay at City Hotel. However, all thoughts and opinions are my own.