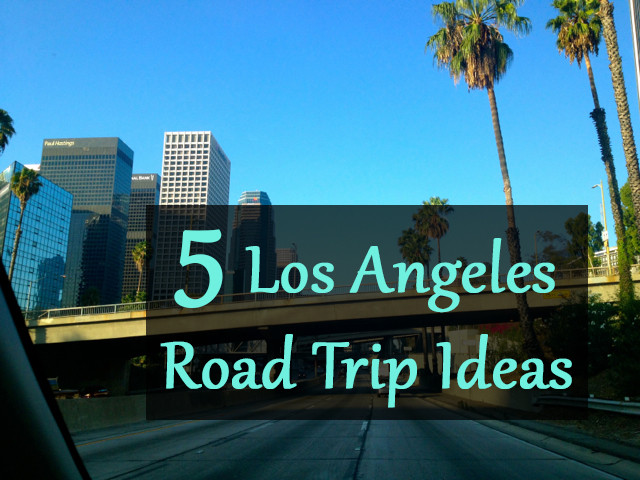 Los Angeles has redefined many aspects of our lives over the years – the film industry, fashion trends, fad diets –so it should come as no surprise L.A. also redefines city travel.

Many of the famous sights associated with this iconic Southern Californian city aren’t in the city at all, but are in the greater region or surrounding counties, spread out far and wide, requiring a car to reach them. 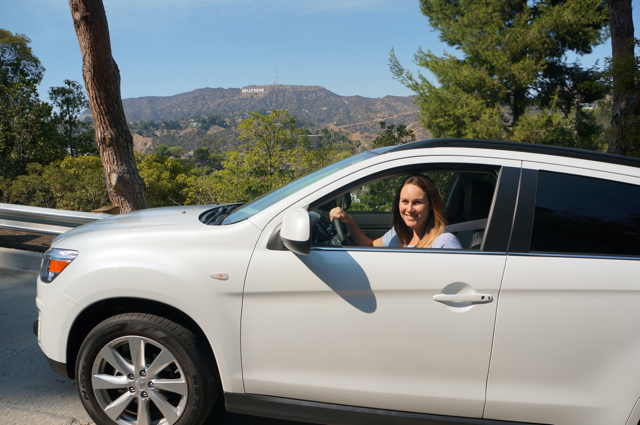 Perhaps no name is as synonymous with southern California’s glamour as Hollywood. Unfortunately, most visitors, including myself, will find that the city doesn’t live up to its hype. On a walk along the Hollywood Walk of Fame you can not only expect to pass Grauman’s Chinese Theatre and Dolby Theatre, but also mobs of costume-clad street performers, graffiti and piles of trash. 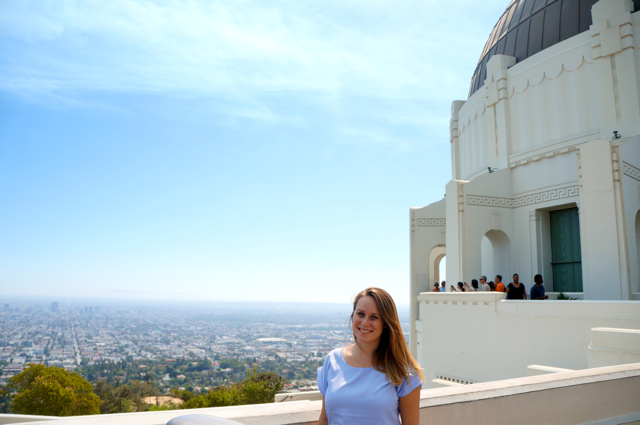 The true glamour of Hollywood is found in its hills. Begin your journey in the Hollywood Hills at the Griffith Observatory. Parking is free at this public astronomy which not only offers exhibits on the universe, but also stunning views of downtown LA and the Hollywood sign. After spending some time here, cruise through the hills to discover more vista points and enviable mansions. Be sure to keep your eye out for celebrities – some live here. 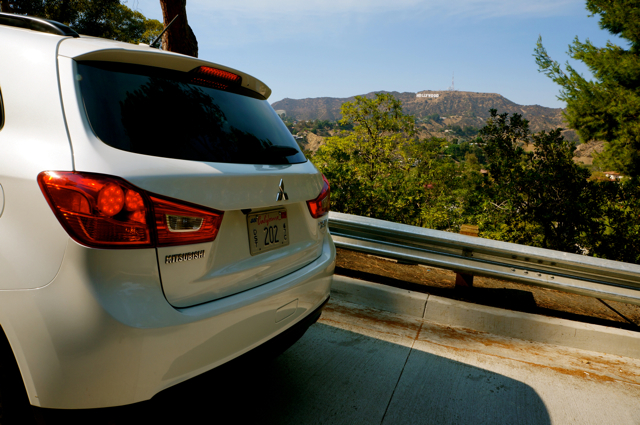 With a 2.0L MIVEC DOHC 16-valve 40cylinder engine, the Mitsubishi Outlander Sport is full of power and made climbing these hills a thrilling experience. 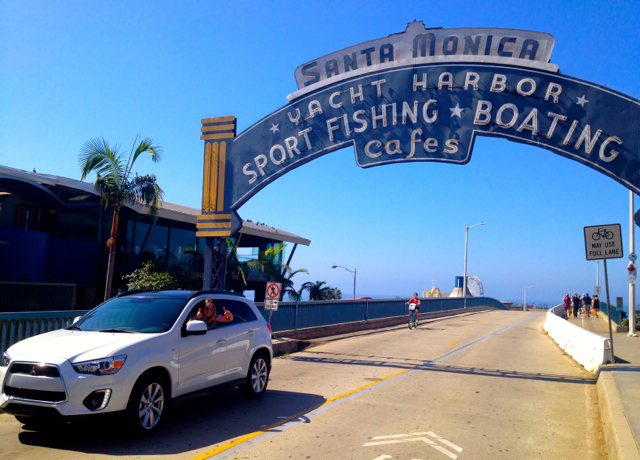 From downtown Los Angeles, it’s a straight shot west on the I-10 to Santa Monica, a seaside city is home to one of the most popular beaches for locals and tourists alike. Santa Monica is one of the classiest beach towns in the area and here world-class shopping and restaurants also abound. 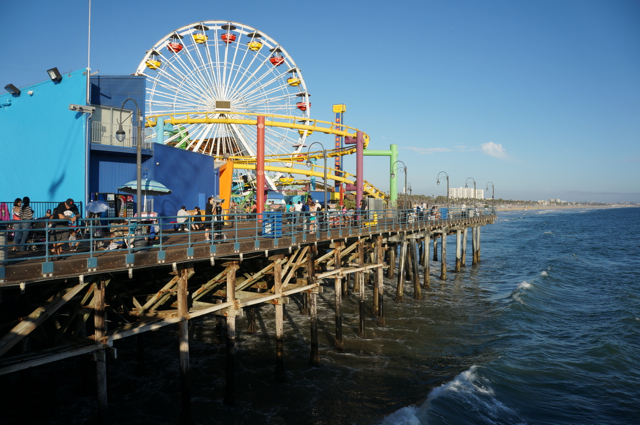 The most iconic destination here is the Santa Monica Pier. This historical pier is more than 100-years old and contains shops, restaurants and Pacific Park, a family amusement park. It is a great spot to soak up some sunshine or catch a famous pacific sunset. 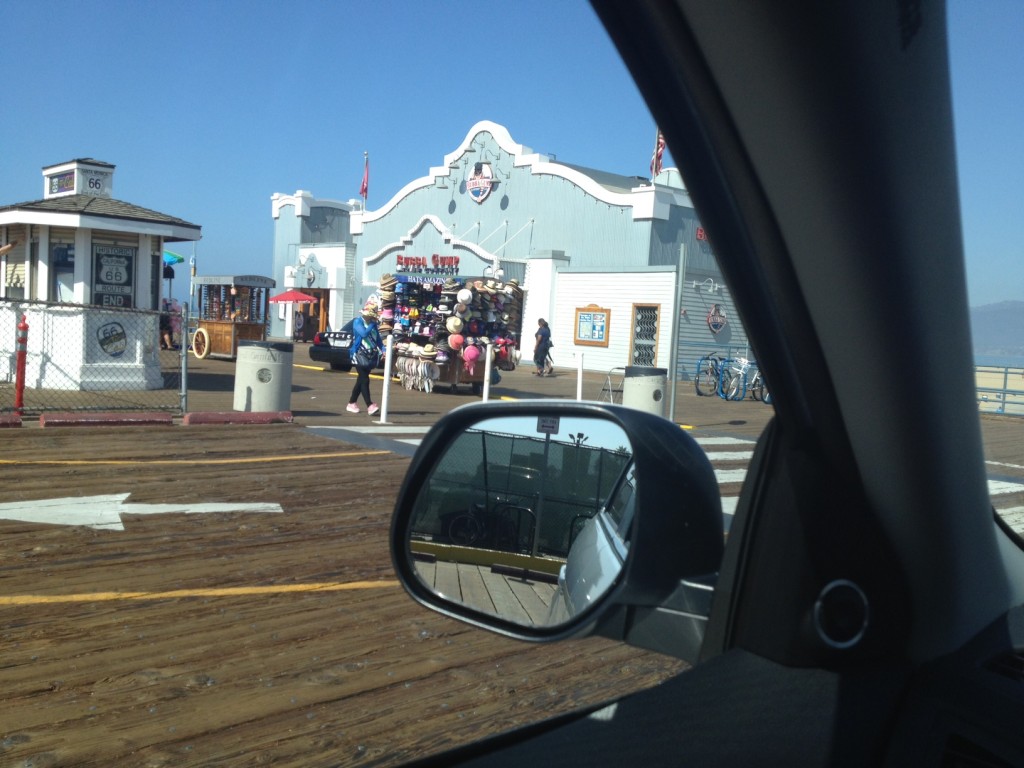 Santa Monica is just a short drive from two other famous coastal destinations – Venice Beach and Malibu. While cruising along the coast I opened up the sunroof of the Mitsubishi Outlander Sport to fill my drive with sunshine, seabreezes and the smell of the ocean. 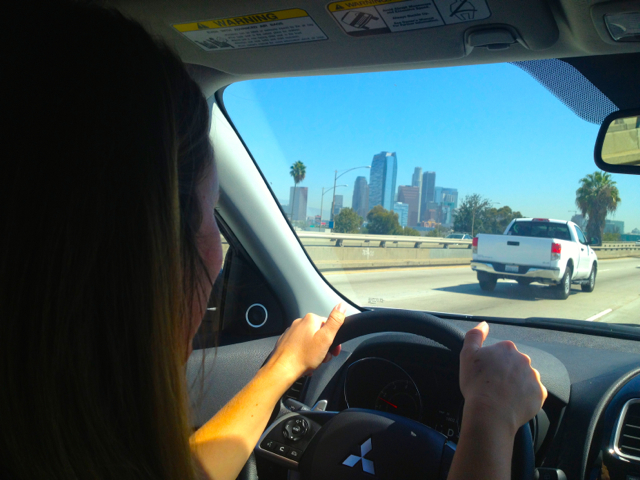 It goes without saying that Los Angeles is famous for its film industry. And while not all of us can be so lucky to be a movie star, anyone can tour a movie studio while visiting the destination.

Southern California is home to six major movie studios, including Disney, Warner Bros., NBCUniversal, Paramount, Sony and 20th Century Fox. Several of the studios offer tours for visitors. Tours usually range between two and four hours and take you to the soundstages and backlots where your favorite tv shows and movies were filmed. 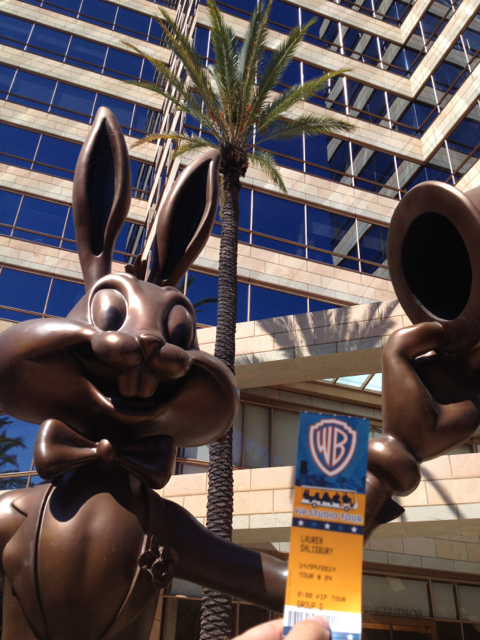 During my visit I toured the Warner Bros. studio and set foot on the Central Perk café set from Friends. Image is everything when it comes to fitting the part in LA, and when I pulled up to the studios in the Mitsubishi Outlander Sport I really felt like I belonged, thanks to the SUV’s clean and sleek design. 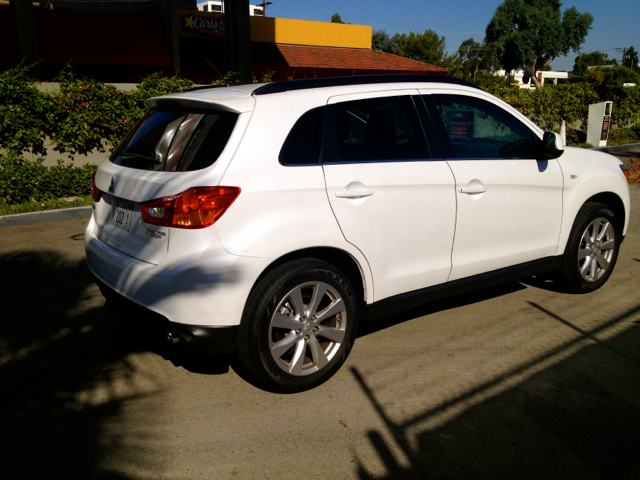 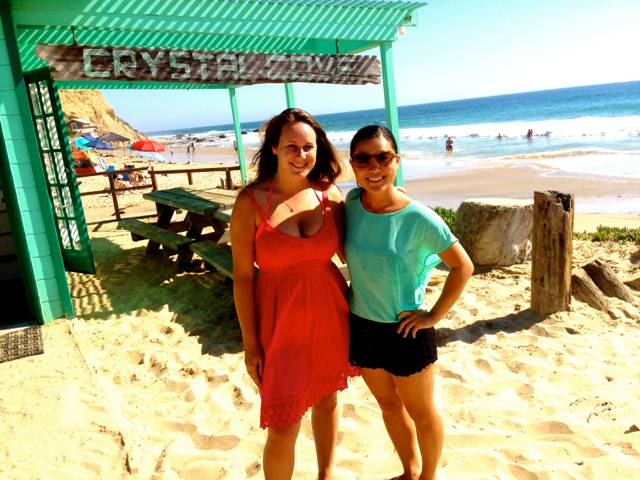 When travelling I love getting off the beaten path and seeing some of the spots favorited by locals. I was super excited when my friend and OC-resident Lisa suggested we skip the hyped Laguna Beach and head instead to Crystal Cove State Park. 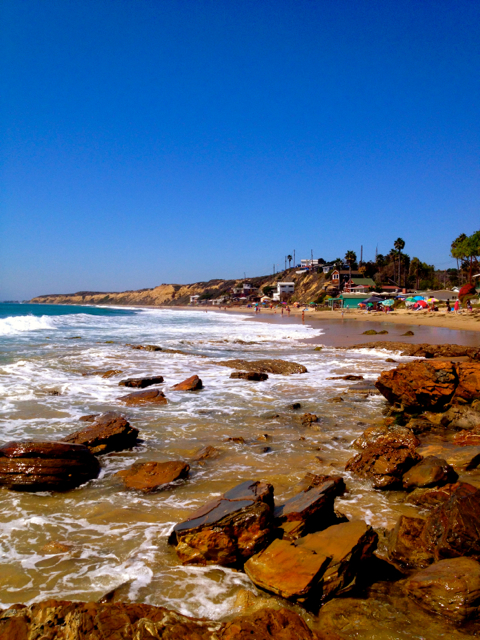 Crystal Cove State Park has 3.2 miles of beach and 2,400 acres of woodland for hiking. From swimming and surfing to sunbathing and tide pool exploring, these shores are perfect for all your favorite beach activities. The clear waters also make it a popular destination for scuba divers. While visiting grab a bite to eat at the Beachcomber café. 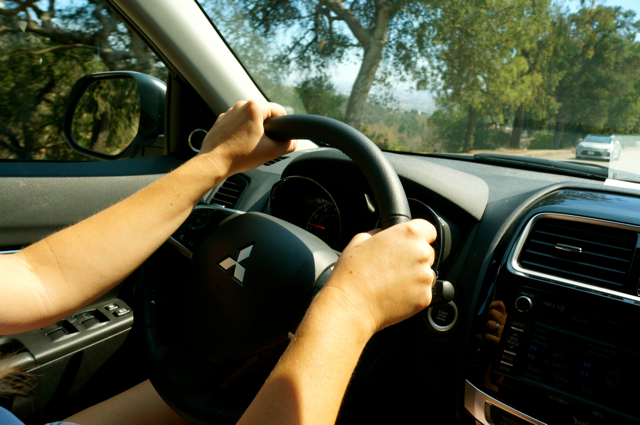 Crystal Cove State Park is located 53 miles from downtown Los Angeles. However, the Mitsubishi Outlander Sport gets great gas mileage for an SUV. The fuel economy is 32 MPG on highways, so your wallet won’t feel the miles it takes to get to this off the beaten path beach. 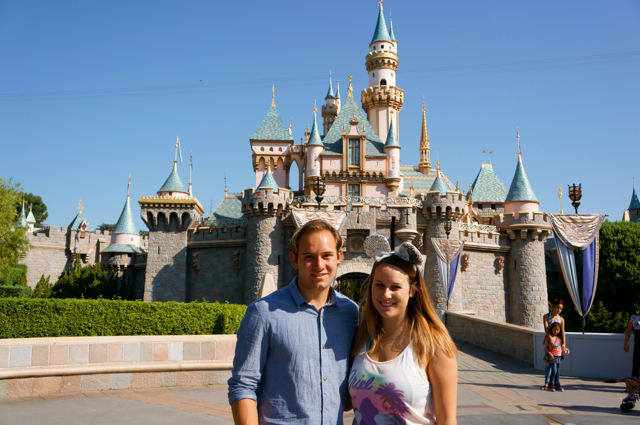 Disneyland isn’t just the happiest place on Earth –it’s also an important historical and cultural sight. When Disneyland opened in 1955 it was the first of its kind, a true theme park that took amusement attractions to a whole new magical level. 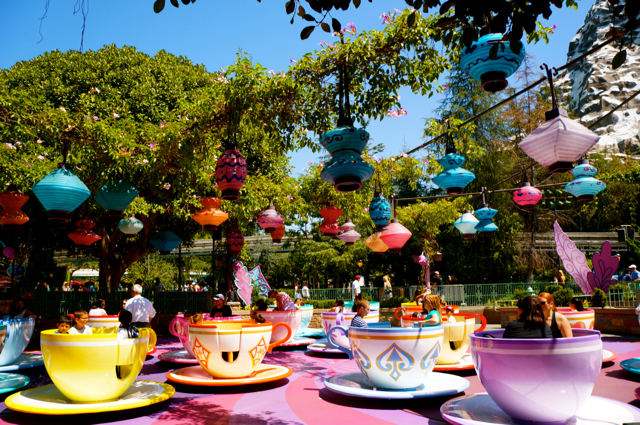 Today Disneyland Resort is home to two theme parks and dozens of attractions, shows and restaurants. Not to be missed are Pirates of the Caribbean, Matterhorn Bobsleds and Indiana Jones Adventure at Disneyland Park and the new Carsland and World of Color at Disney’s California Adventure Park. 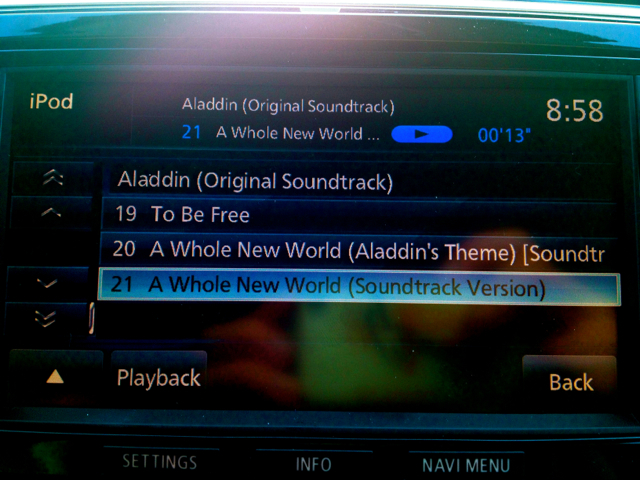 While its true my brother and I didn’t spend much time in the car once I reached the Disneyland parking lot, the Mitsubishi Outlander Sport played a large role in pumping us up for our visit. Using the steering wheel paddle shifters, I was able to scroll through the music on my ipod and listen to all my favorite Disney classics during the drive.

And there you have it – the top five LA daytrips I discovered in the Mitsubishi Outlander Sport. Any suggestions on what I should see during my next trip?

Where to Stay in LA

Note: I was provided with a Mitsubishi Outlander Sport to review. However, all thoughts and opinions are my own.