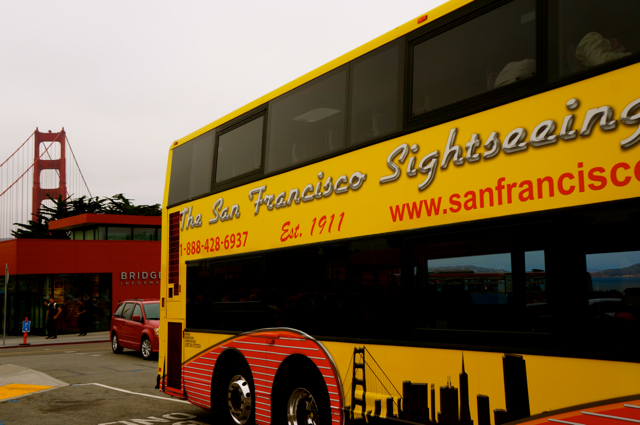 During a recent visit to “the city by the bay,” my grandma and I decided to explore the city on a hop on, hop off bus tour with the San Francisco Sightseeing Company.

Our journey began at Pier 39, a tourist hub home to restaurants, shopping venues and sea lions. We boarded a covered double decker yellow bus and drive past Coit Tower, a noteworthy building shaped like a fire hose.

We make our way to the financial district, marked by the Transamerica Pyramid, the tallest skyscraper in the earthquake prone San Francisco skyline and Chinatown, with its streets of restaurants and shops, peaks out as we pass. 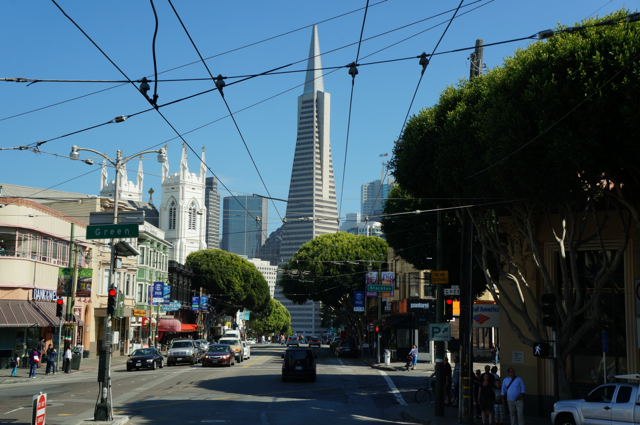 The bus makes a stop at Union Square, a 2.6-acre public plaza with shopping, hotels and restaurants. If you’re looking for a name brand store you’ll find it here, along with a visitor’s center. 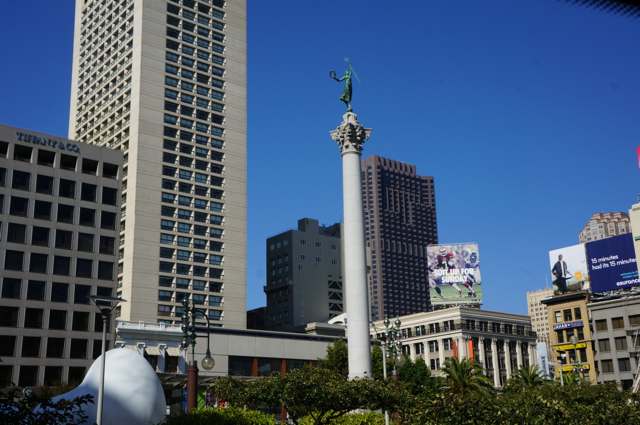 We move through the hills and I send a tweet from the front of Twitter’s Headquarters as the Civic Center comes into view. The City Hall was built following the 1906 earthquake that, along with the fires that followed, destroyed 80 percent of the city. 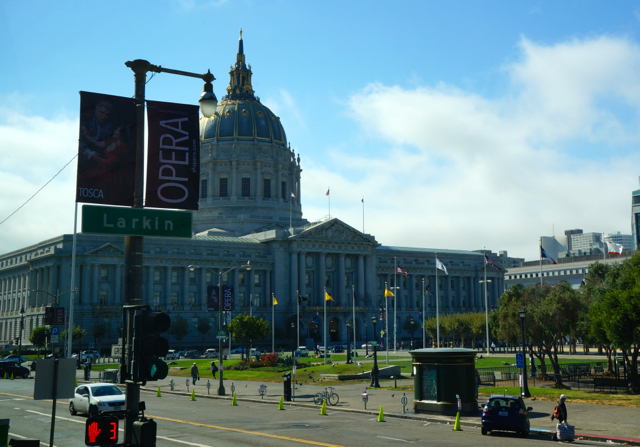 Along the hillside, Victorian homes line the streets as we enter Alamo Square. 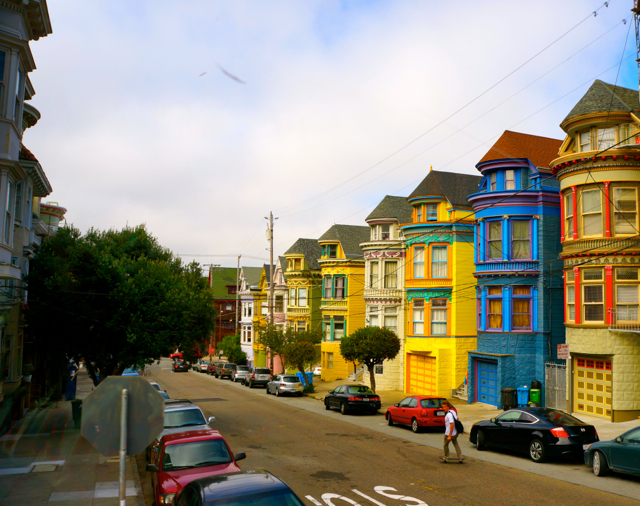 The scene makes a sudden transition from Victorian posh to free-loving hippy, as we reach Haight Street and drive toward the Haight and Ashbury intersection, a haven for the hippies during the “summer of love” in the 1960’s. 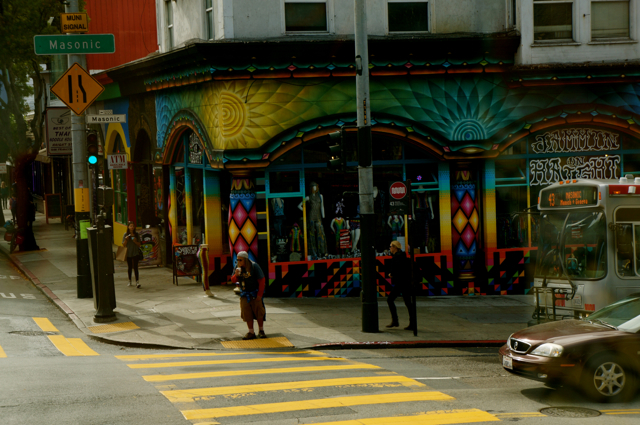 Next we drive through Golden Gate Park, home to the California Academy of Sciences, DeYoung Museum and Japanese Tea Garden. 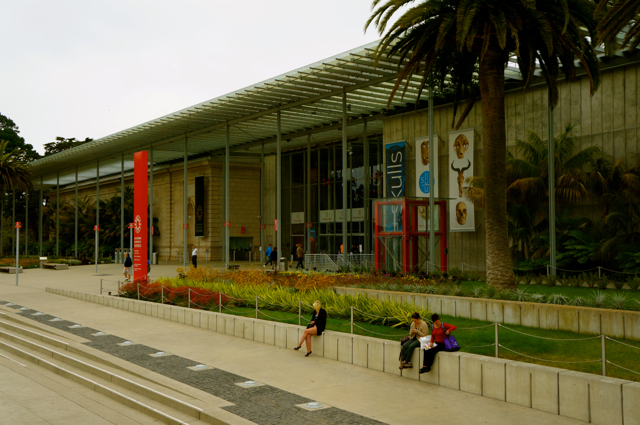 At the south vista of the Golden Gate Bridge my grandma and I disembark and are immediately engulfed by the city’s famous fog. The iconic bridge is only visible 90 days of the year, and, in the summer months, the bridge, with temperatures in the 40’s, is often the coldest city in North America. 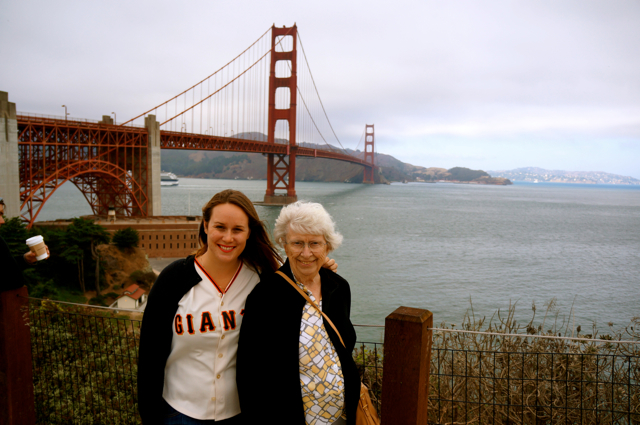 In 30 minutes a trolley from the San Francisco Sightseeing Company picks us up and we become one of the 120,000 automobiles that drive across the bridge each day. 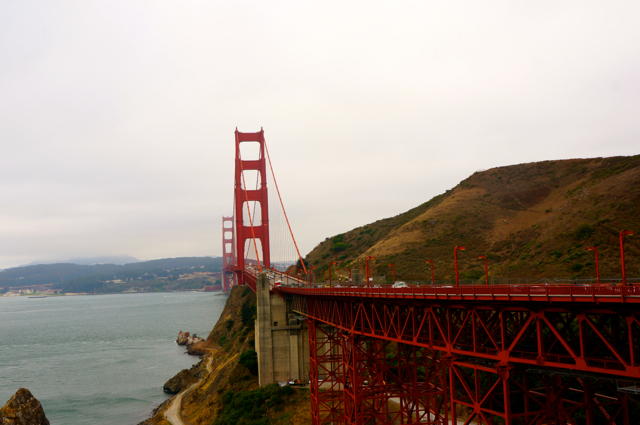 The trolley circles around and crosses the bridge again, heading to the Presidio, a former military base on the northern tip of the Peninsula. Sights here include the Walt Disney Family Museum, the Palace of Fine Arts and Lucas Arts, the studio where they are currently making the next films in the Star Wars series. 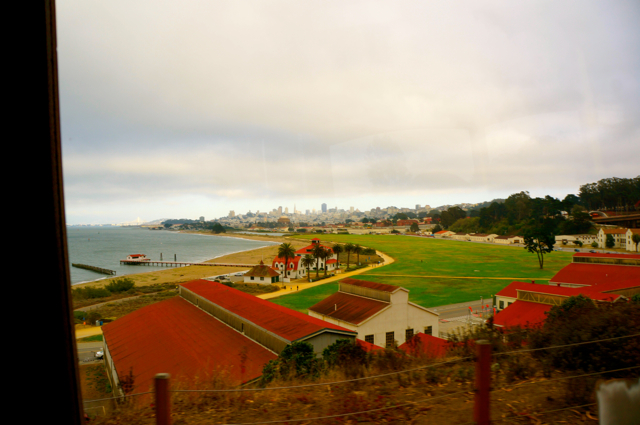 The final stop on the tour is Ghirardelli Square, home to the original Ghirardelli Chocolate Company, founded in 1893.

The trolley then takes us back to Pier 39 where it is just a short walk to our parked car. The hop on, hop off bus tour was an easy way to see all the major sights of San Francisco stress-free, and the limited walking made it the perfect activity to do with my 89-year-old grandma.

HotelsCombined offers the best prices on hotels world-wide. Find and book your San Francisco accomodation below!