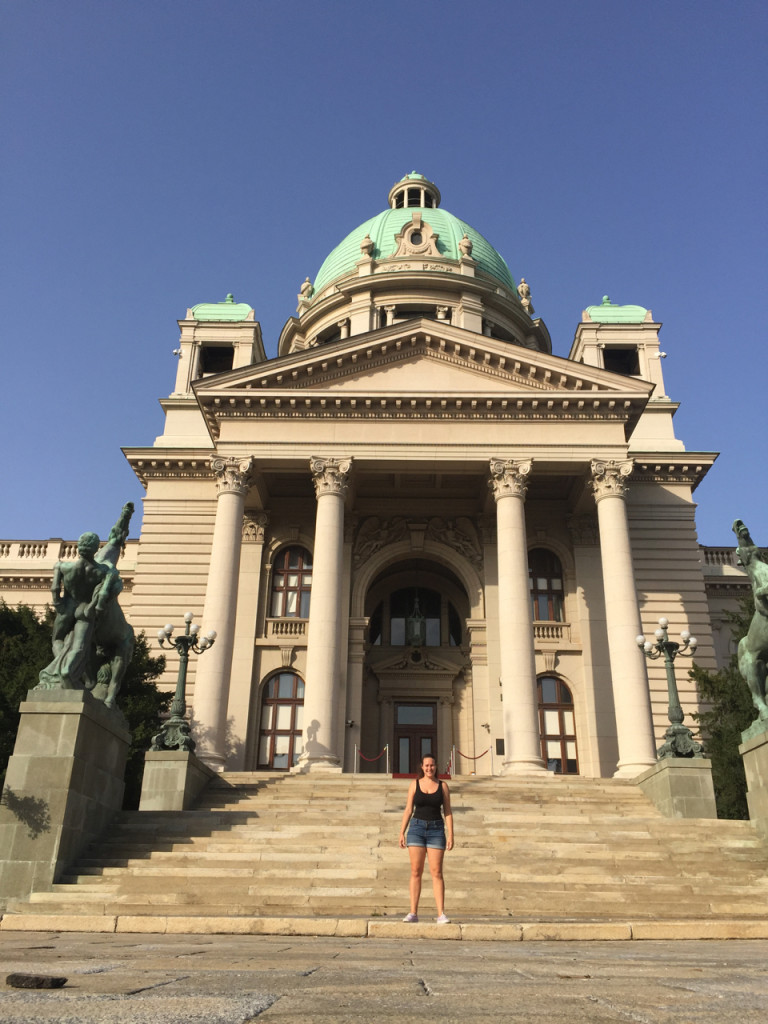 In writing about Serbia, a landlocked country on the Balkan Peninsula of Eastern Europe, I’d like to convey two points —

My recent travels helped me reach a personal milestone of visiting 50 countries and country #50 just so happened to be Serbia. My dad had excitedly asked me over the past few weeks what my 50th country would be probably expecting something more epic, but when I announced it would be Serbia he still expressed the same excitement others would reserve for a place like Egypt or Japan. Thanks, dad. 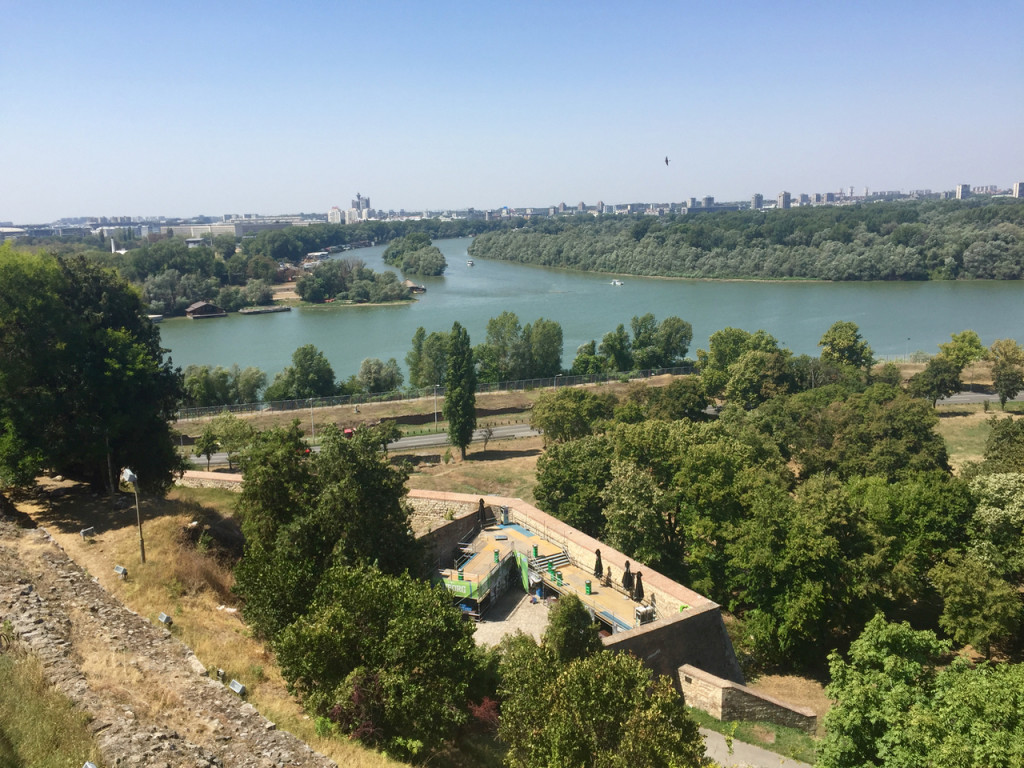 I chose to visit Serbia for several reasons which included its proximity to Greece, low air fare and a desire to learn more about its recent history. I spent a day on the streets of Belgrade, the country’s capital city and my visit led me to the conclusion expressed in my second point – Serbia is interesting. 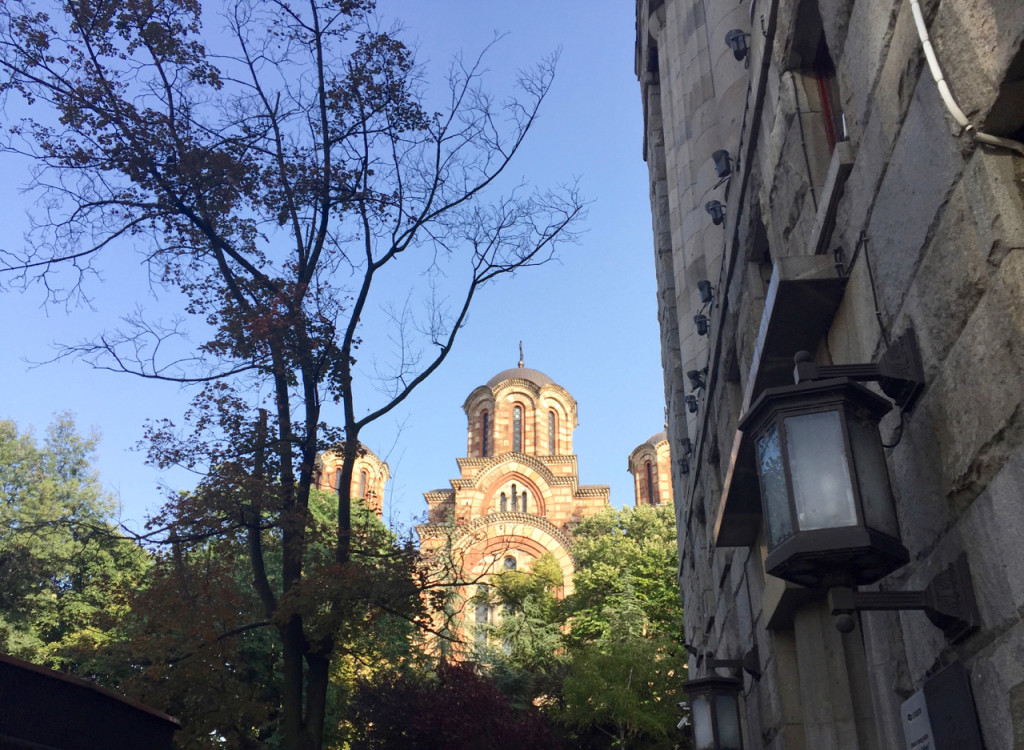 While the lands that form this country have a long and varied history, in recent history Serbia is most infamously known for its role in the Bosnian war that occurred between 1992 and 1995 following the disbanding of Yugoslavia. During this war, Serbia hoped to gain control over parts of Bosnia and Herzegovina that had Serbian populations and wipe out the muslim population in the region. You can find a really thorough overview and reflection on this war here.

The streets of Belgrade are an interesting place for a tourist. Serbia is a place that is so far off the beaten tourist trek – and embroiled in controversy – that it attracts a certain type of traveler. This certain type of traveler is one who will stop you in the street when they see you with your camera and start a conversation about the country, its politics and what you’ve learned during your visit so far. I had a similar experience with fellow tourists in Cuba (which ironically marked by 40th country). 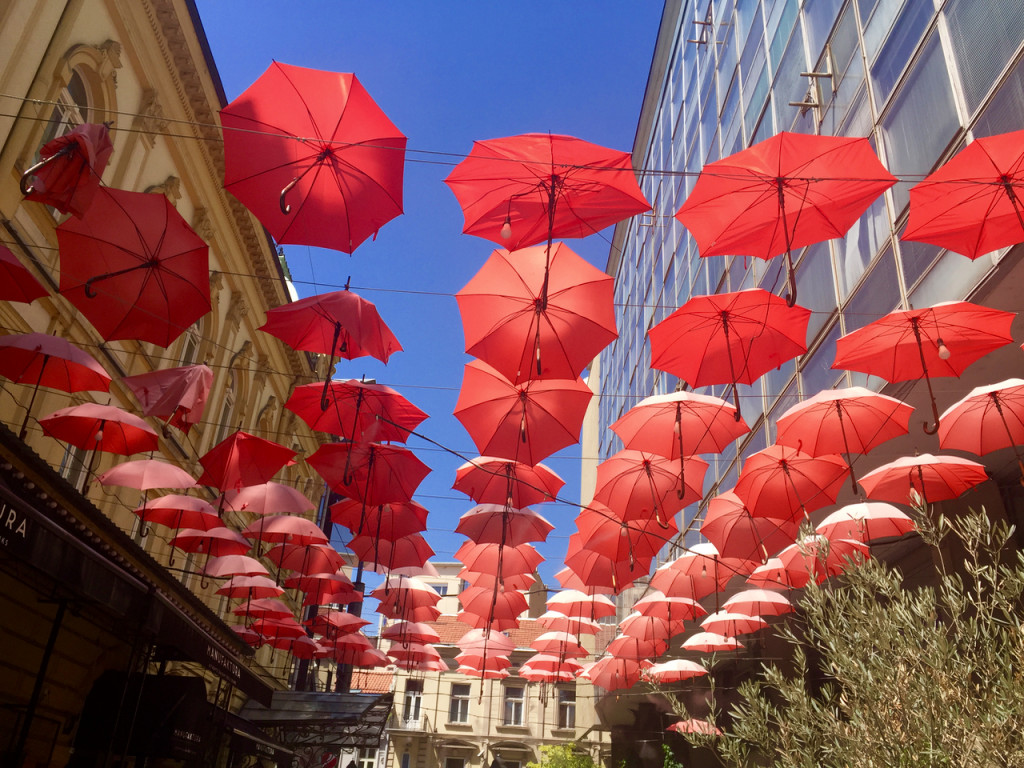 After hearing an American accent at the Belgrade Fortress, I ended up having lunch with an American retiree and Vietnam War vet who is spending five months touring the Balkan Peninsula. Also walked for a bit with a German school teacher who is spending several weeks in Bosnia and Herzegovina, Serbia and Croatia to learn as much about the war as possible. 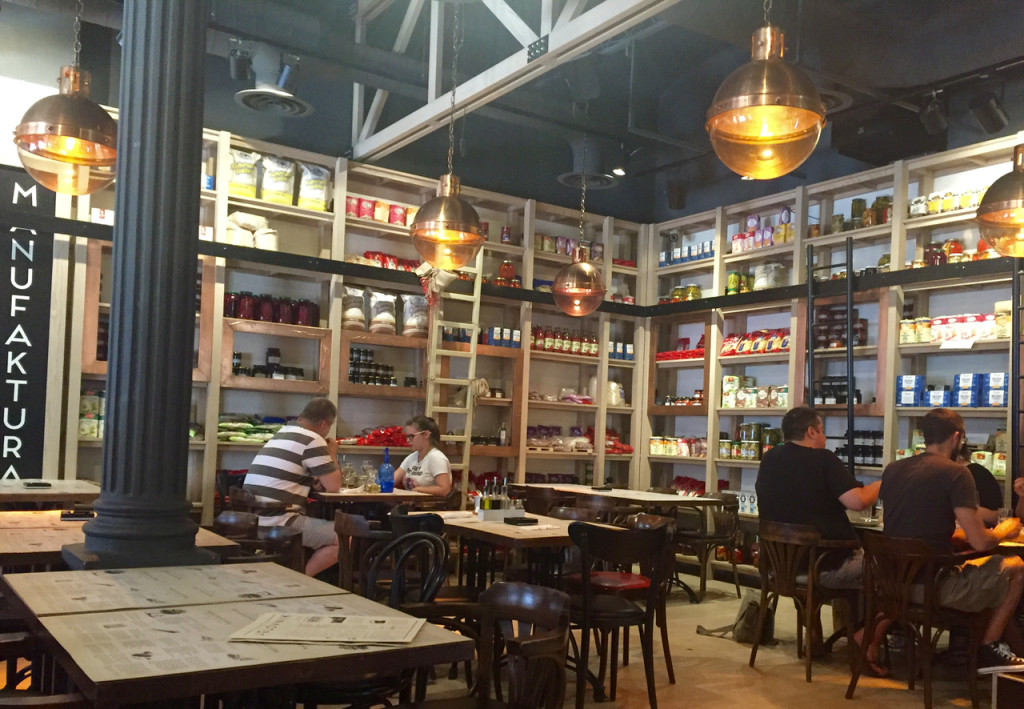 Apart from our conversations, we found no trace of the war in Serbia today. While walking the streets of Belgrade you’d never know of any conflict; today the city pulses with funky coffee shops, eclectic bars and a great shopping scene all set on charming European streets. No one I met was able to find mention of it in any of the museums they visited and many of the museums history sections stop after the end of Yugoslavia.

I went on a walking tour, which focused mainly on visiting the bohemian district and the Belgrade Fortress, soft chapters of Serbia’s history. 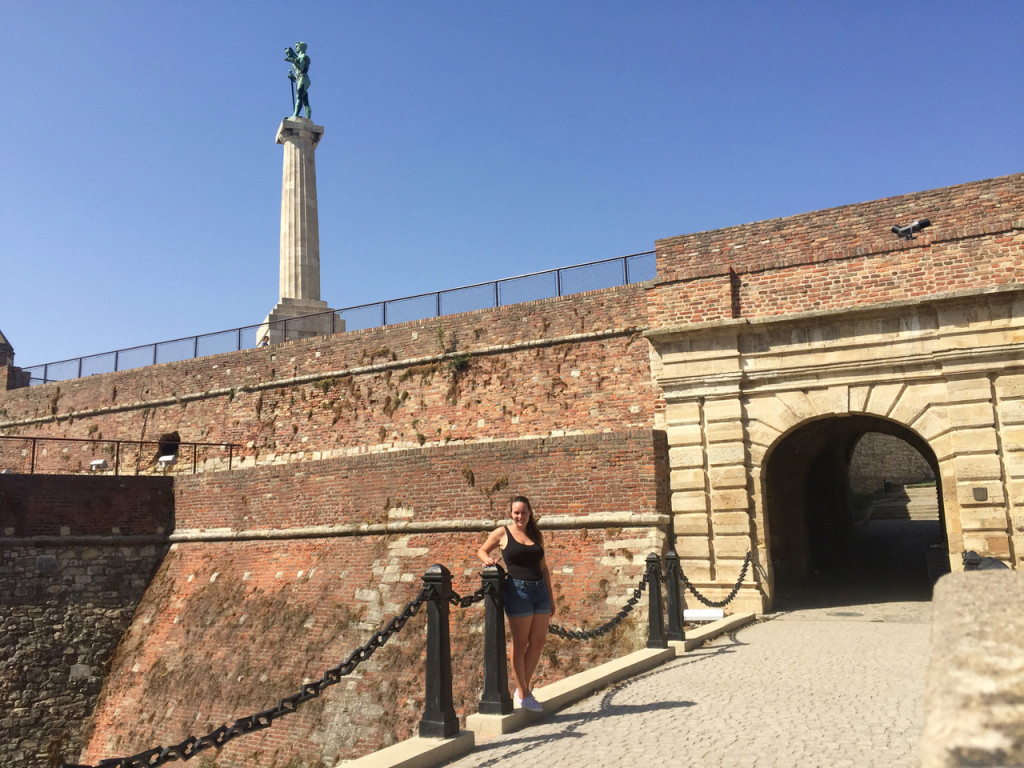 As opposed to similar tours I’ve taken in countries like Germany and Slovenia where they deep dive into the horrors of history, on my Belgrade walking tour the war was only mentioned briefly, and from the complete point of view of Serbia. 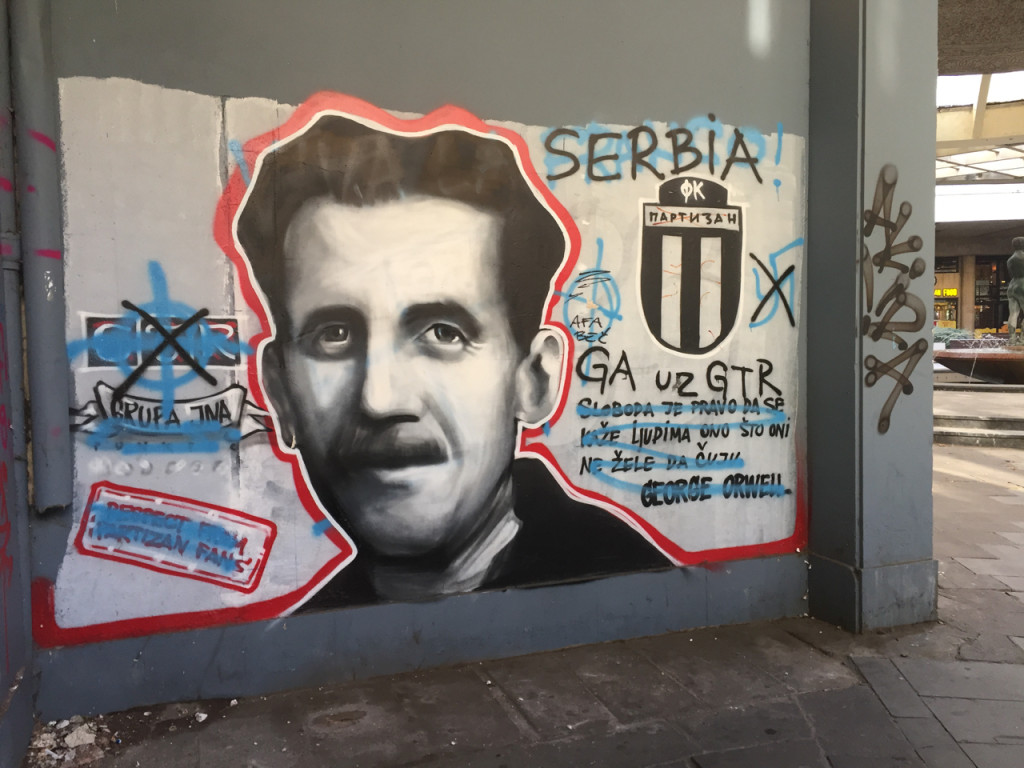 The guide explained that Serbia’s economy collapsed, forcing them to go to war. Her parents would receive their salary in the mornings, she explained, and within two hours the value of the money would be worthless, so they’d have to run to the market right away, in hopes of making it through the long lines in time to buy sugar, oil or flour.

Several Europeans questioned her about the ethnic cleansing enacted by Serbia and her response was to brush it off.

“The was the government, not the people,” she said. “I have friends in Croatia and Bosnia, I’m going to Slovenia next week… I have friends all over.” 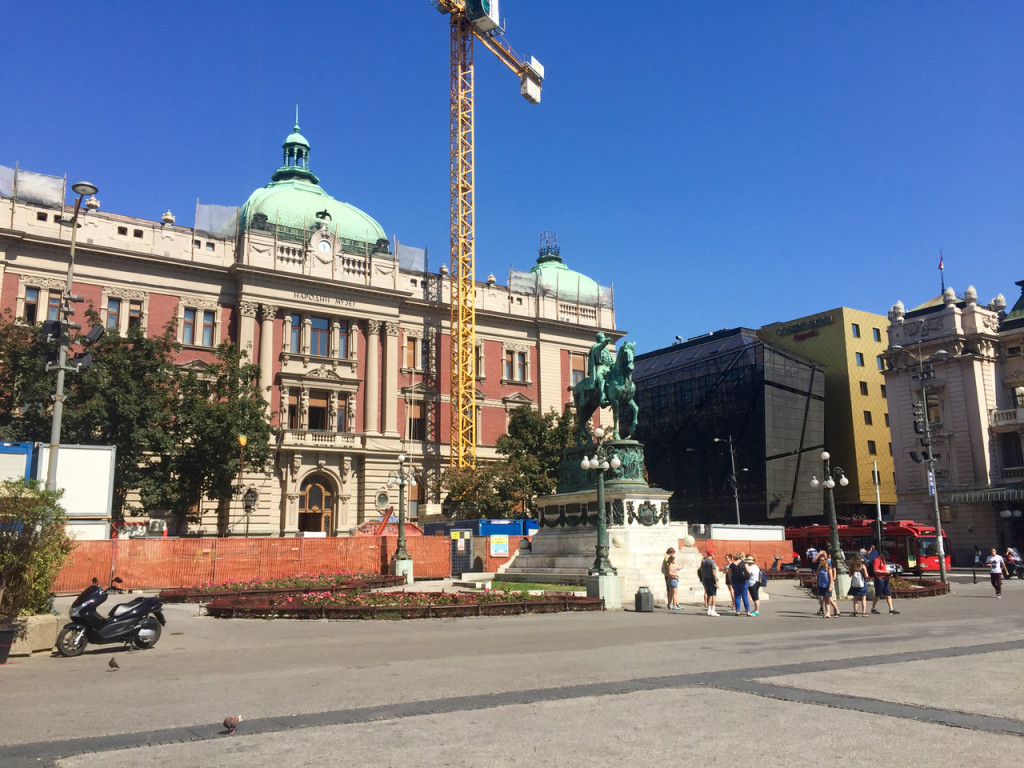 It seems Serbia has not yet come to terms with the wounds it inflicted on the world. Have we? As Americans are we asked to do the same, or are we able to pick and choose the stories we tell due to our economic importance in the world?

Serbia is a place I need to read more about if I were to write about it properly, but someone else already did. If you’re interested to learn more, I recommend you check this article out this article from The Telegraph.