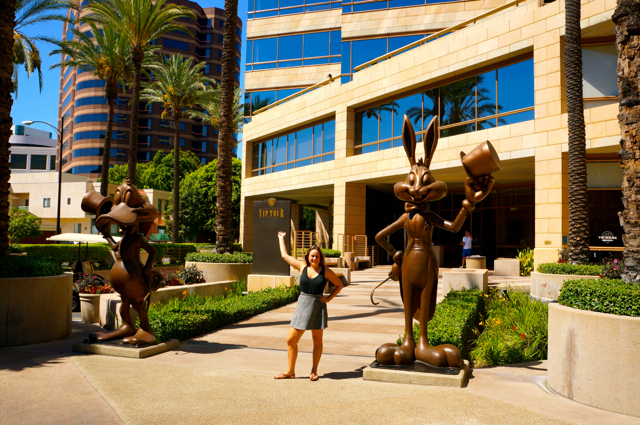 This blog post is taking me a ridiculously long time to write.

That’s because I’m attempting to multitask and write it while watching The Fosters, a new drama on ABC about a multi-ethnic family made up of biological and foster kids, led by two moms.

I can’t help it. Ever since I walked the sets on a sound stage during the Warner Bros. VIP studio tour, I’m hooked, watching, if for no other purpose than to see where I stood.

While on my recent tour of the studios with my brother Sean in Burbank, California, I also walked sets from Pretty Little Liars and sat on the iconic couch from the Central Perk set of Friends. I have to stay away from watching these shows or else my productivity is going to be permanently decreased. 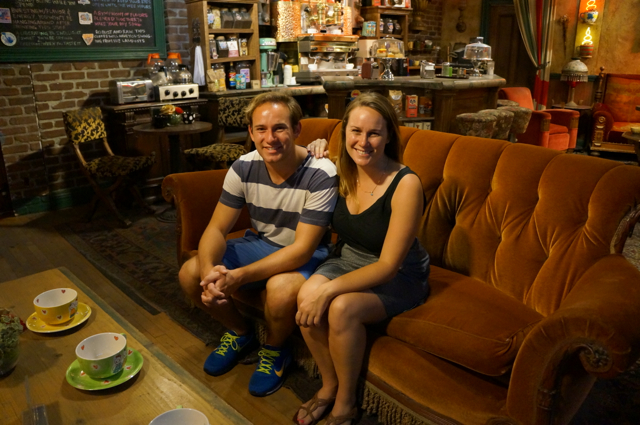 Warner Bros. studios was founded in 1923 by four actual brothers and first found success in 1927 with the release of The Jazz Singer, the world’s first talkie film. The studio’s library includes nearly 6,500 feature films and 3,000 television episodes. Today shows such as The Big Bang Theory, The Ellen Degeneres Show, Two and a Half Men and the Mentalist are filmed on the lot. 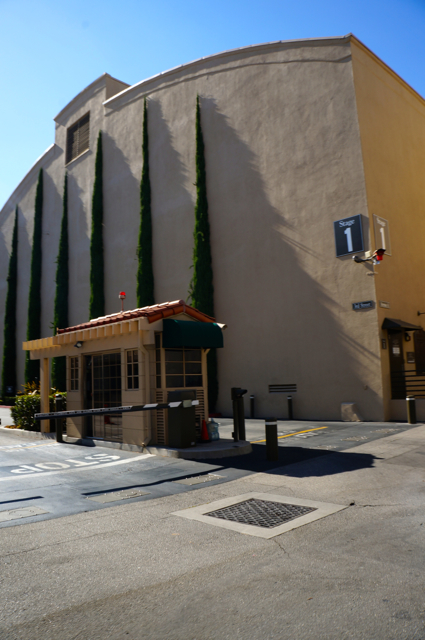 After watching a short film about the studio’s history, we headed to a golf cart with our guide Berlyn and drove past the studio’s security gates to explore the backlots and soundstages used in filming a variety of projects.

Our first stop was the streets of New York used in Spiderman, Sex in the City and Friends, to name a few. 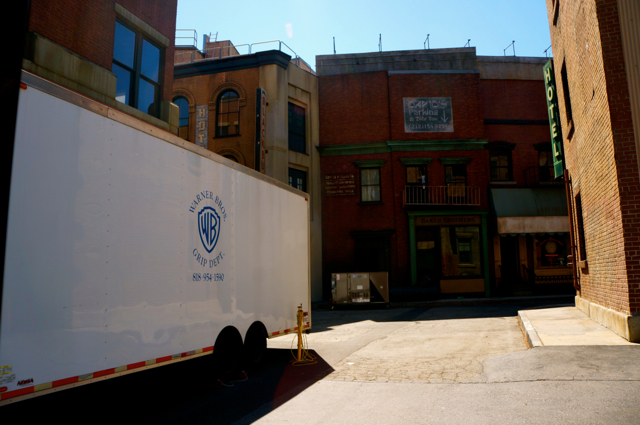 Do you recognize this background from the iconic scene in Spiderman when Toby Maguire kisses Kirsten Dunst’s Mary Jane? 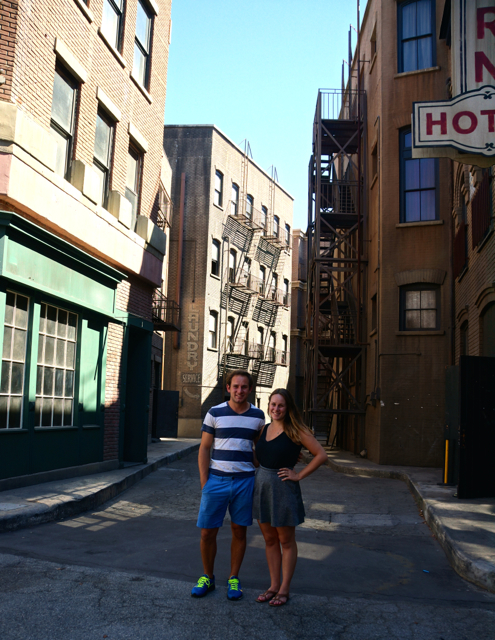 Or what about the orphanage from Annie? 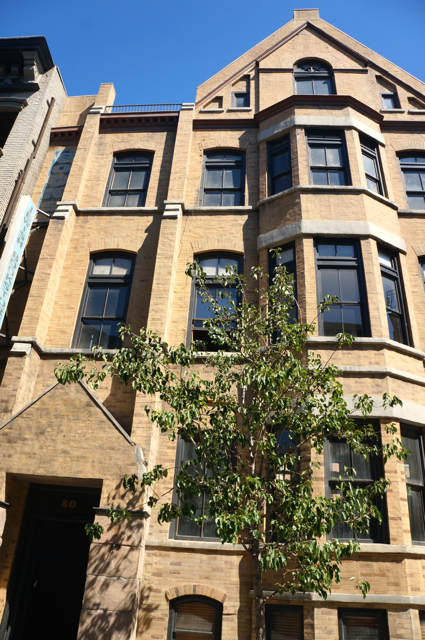 Next on our tour was a visit to Stars Hollow, the fictional small town in Connecticut featured on Gilmore Girls. 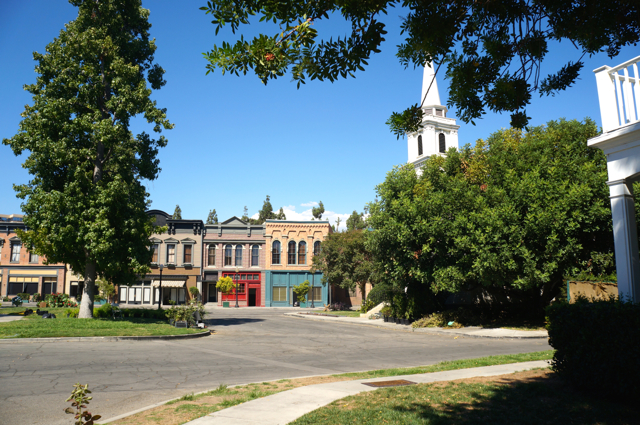 Luke’s Diner, Lorelei’s house, Miss Patty’s dance studio, the buildings were all there along with the church where Dean married Lindsay. Dean! How could you choose Lindsay over Rory? 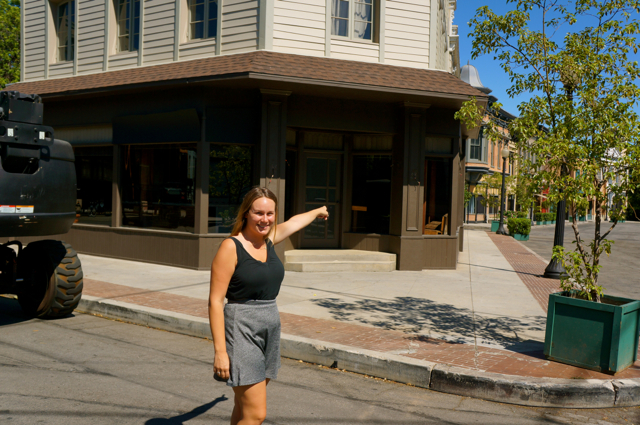 But while I may have recognized these buildings as Stars Hollow from Gilmore Girls, others may recognize them from scenes in Pretty Little Liars, Hart of Dixie, or any of the number of shows and movies they have been used in, for they are used in any project that calls for a taste of “typical small-town America.”

After strolling the streets of the Northeastern United States, it was time to head to the jungle. Warner Bros. Studios has the only remaining outdoor jungle set in southern California, and other studios often rent the space for their projects. The jungle set has been used in Jurassic Park, Pee-Wee’s Big Adventure and home to Kermit the Frog’s The Rainbow Connection scene in the Muppet Movie. 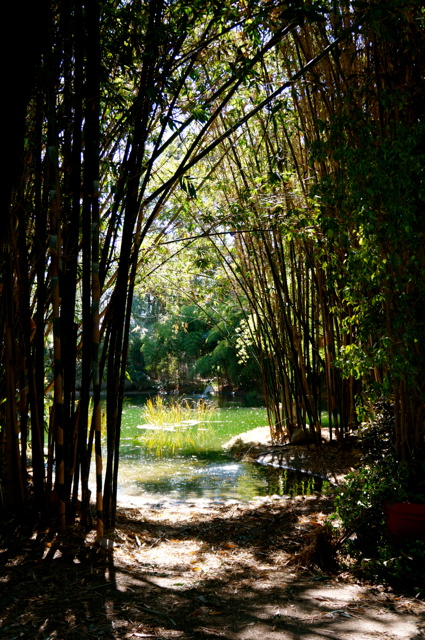 In addition to a myriad of exterior sets, the Warner Bros. studios lot also has a multitude of sound stages. Sets are produced in these large soundproof buildings to make the editing process smoother.

My favorite film of all-time is Casablanca and one of the highlights of the tour for me was seeing the sound stage where the film was shot. 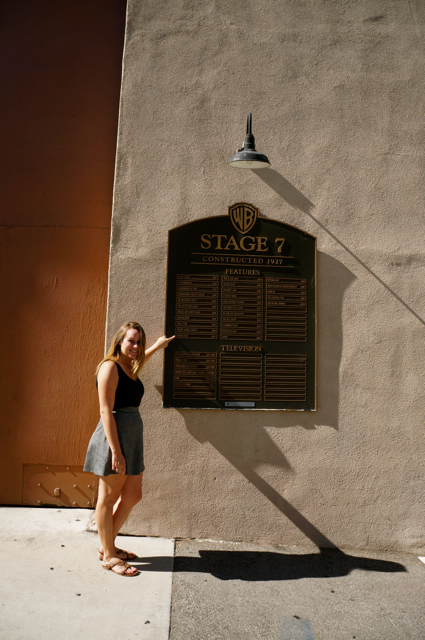 During our tour Berlyn led us through the sound stages home to sets of The Fosters, Pretty Little Liars and Two Broke Girls, which is filmed in front of a live studio audience in order to record a laugh track.

Batman is celebrating his 75th anniversary, and during our tour we also paid a visit to an exhibit dedicated to the character that includes costumes, props and batmobiles from the many screen iterations of the DC Comic character and his adventures. 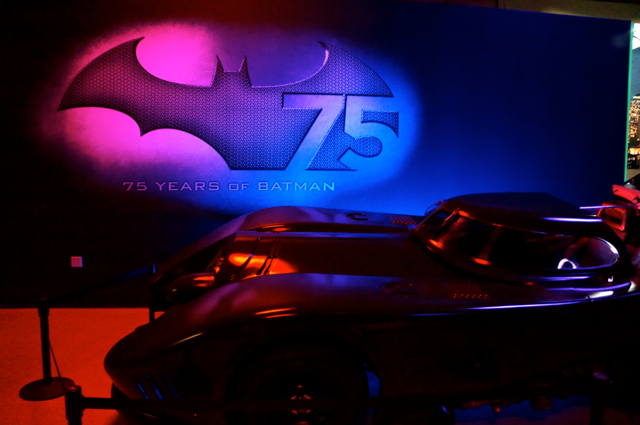 My brother and I had a great visit to the studio and our time was greatly enhanced by our tour guide Berlyn and her passion for the film industry. Thanks Berlyn! 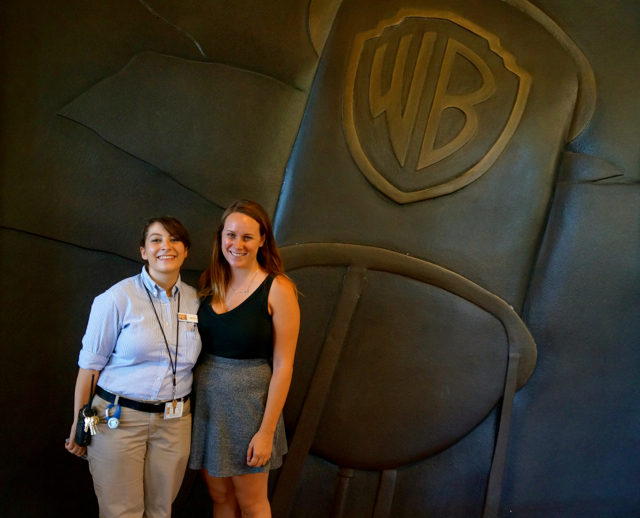 After my tour I was feeling swept up by the glamour of the movie-industry. As I drove away in a Mitsubishi Outlander Sport, it’s pearly white shine and sophisticated design fit for any movie star, I fell into a daydream of living the Hollywood dream. 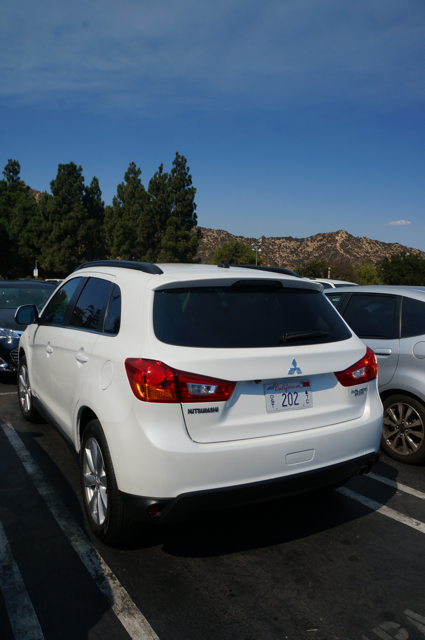 Where to Stay in LA

Book your Los Angeles accommodation at HotelsCombined, offering the best prices on hotels around the world.

Note: Discover Los Angeles provided me with two Go Los Angeles Cards to use to experience this tour. However, all thoughts and opinions are my own.