Chile’s Moon Valley, or a Love Letter to Desert Sands and Open Spaces

A biting wind sweeps through the desert, kicking up clouds of sand that swarm around me. A single grain of earth may not hold much power, but, flung in unity, the course grains slash against my exposed skin, cutting with a force that I imagine mimics shards of glass. My legs sting. As the wind comes to a rest I have a newfound understanding of the fear of sand storms that quietly sits alongside a newfound regret in my decision to wear shorts today. 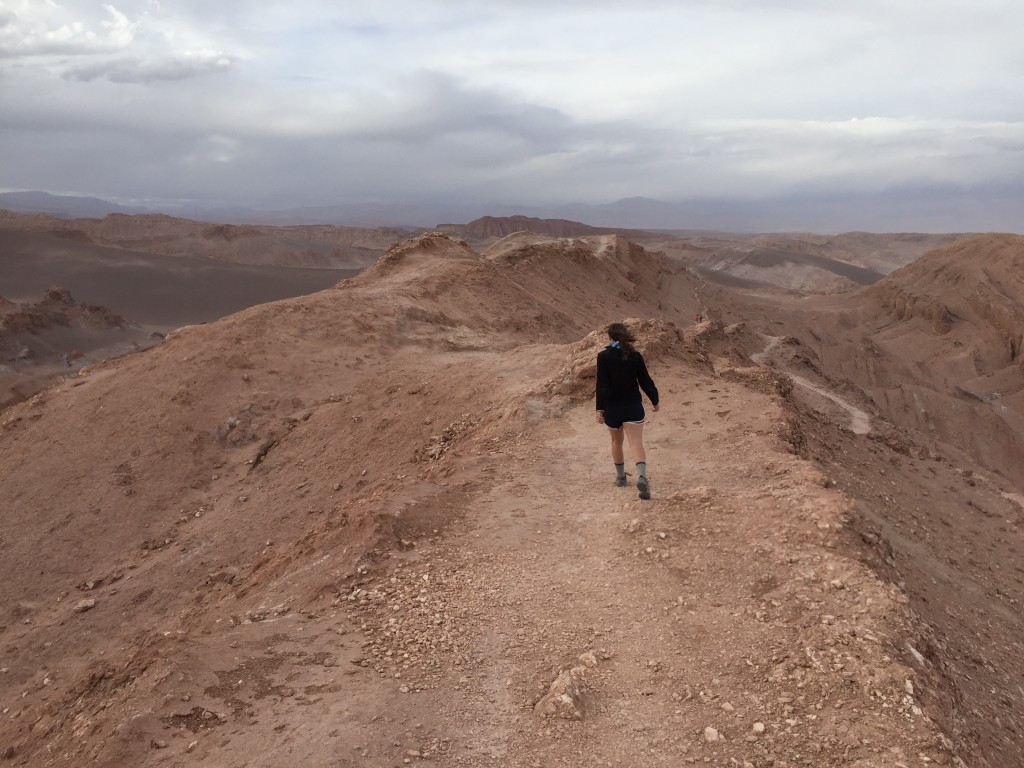 I roll up my hiking socks as far as they’ll go in an effort to shield my skin. But in the thick of the Cordillera de Sal, a salt mountain range in Chile’s Atacama Desert, there is no respite from the elements. The pace of my hike is sluggish, each gust of wind slowing my gait. In the pauses of wind I quicken my speed and press on along a rocky path that covers the narrow summit of a sand dune, stumbling toward the edge of a canyon.

This stretch of the Atacama, the driest desert in the world, is described in many guidebooks as otherworldly. Its not hard to understand why or rather to feel why as one hikes through the region. Apart from the other members in my small group tour there’s no other visible living species as far as the eye can see. In this section of the desert in particular there aren’t even any flamingos or vicuñas, a camelid species related to the llama, that fill the postcard stands in souvenir shops in the nearby pueblo of San Pedro de Atacama. 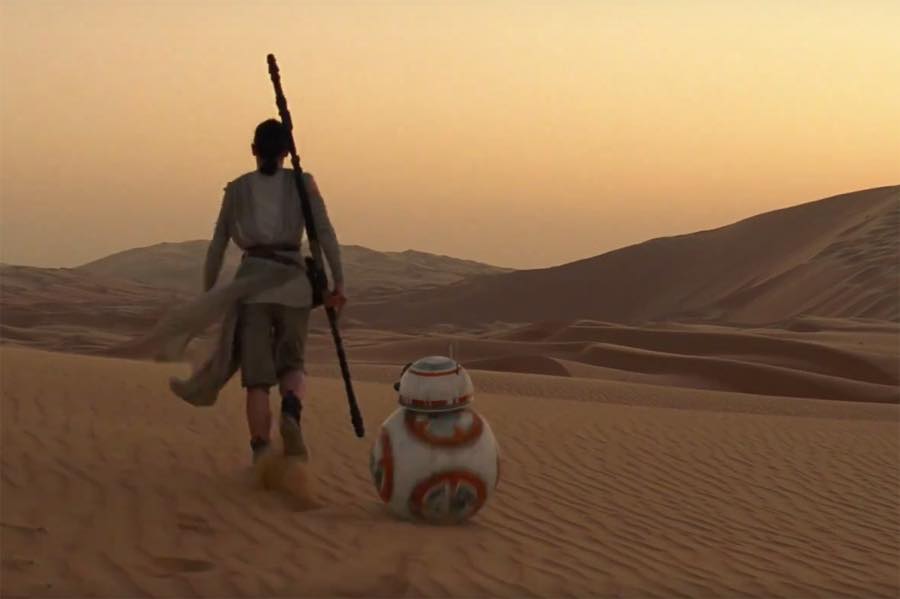 There’s no other signs of life, just an endless stream of rolling sand dunes and rock formations that rival lunar craters. The scene here is reminiscent of the lands depicted in Star Wars,  and one of my friends will later point out the uncanny resemblance of the earth to the film series by sharing a photo of Rey trekking across her planet Jakku.

I’m not alone on my hike, but the landscapes hold great solitude and we move forward in silence. From the lands of Star Wars my mind wanders to The Little Prince, to the deserted landscapes imprinted upon my imagination when my mother read the words from this classic story aloud to me in my childhood.

“Where are the men?” the little prince at last took up the conversation again.

“It is a little lonely in the desert…”

“It is also lonely among men,” the snake said.

I reach the end of the rocky path and stare out at the canyons below, rock formations frosted by a light coat of salt that resembles snow. I stretch my arms wide and our guide snaps my photo. There are no men in the scene but I am not lonely.

From the salt mountain range our group piles into a van for a short drive to the valle de la luna, or Moon Valley overlook. It is at this iconic vista that the largest confluence of travelers in the Atacama Desert gather nightly, paying homage to the desert with a panoramic view of the sunset. 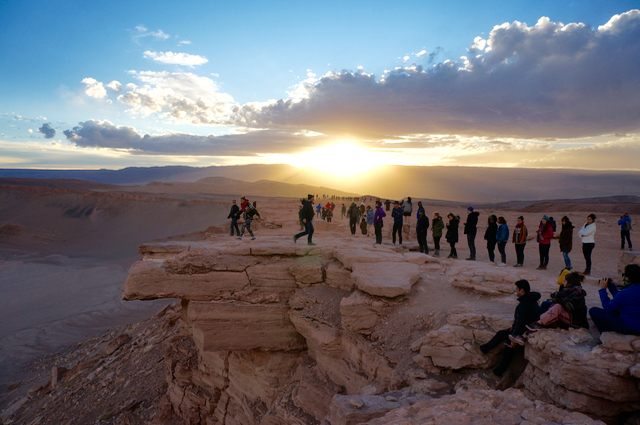 Moon Valley is aptly named and, despite the number of tourists, the canyon’s vantage point allows for unspoiled views of a magnificent valley of rock formations, so craggy and twisted with deep and ancient geological secrets that they indeed resemble those found on the moon.

As the sun sinks the air cools and I’m thankful for the pants and extra jacket I’ve brought with me. A line of travelers wait to get their photo taken on a ledge that sticks out over the open canyon. I wade through the line and get my obligatory photo sitting on this rock that overlooks the end of the world. After the photo is taken I scoot to a different rock, one less photogenic perhaps, but one that is more tranquil providing me space to think. 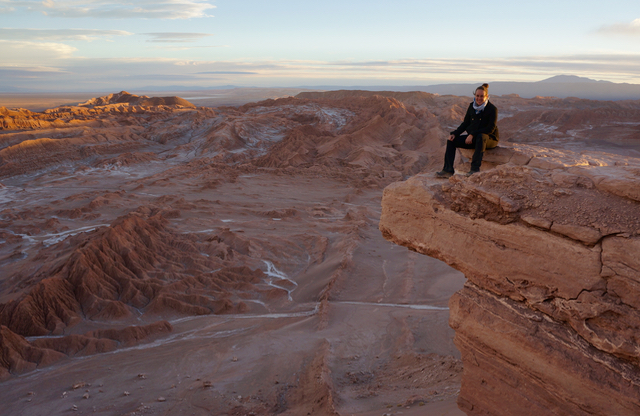 “The desert is beautiful,” the little prince added.

And that was true. I have always loved the desert. One sits down on a desert sand dune, sees nothing, hears nothing. Yet through the silence something throbs, and gleams…

There are places on this earth that are sacred. Places with a natural beauty so brilliant they move me to a deep appreciation for the world and life. My first experience with such a place was in Lake Tahoe on the yearly family trips to a friend’s cabin in the Eldorado National Forest that filled my childhood summers, back when the world was a distant dream that I couldn’t see beyond the tall trees and trickling creek.

Much time has passed since those summers on the lake. Since then I’ve traveled more and I’ve been so privileged to encounter more of these sacred places, like Pacaya Volcano in Guatemala where volcanic rocks moved me to song, the rich red sands of Australia’s Outback that called me to be a traveler, Iguazu where I felt the omniscient power of nature thunder down from great falls. And here in the Atacama Desert, feeling peace, surrounded by the wide vistas of Moon Valley. 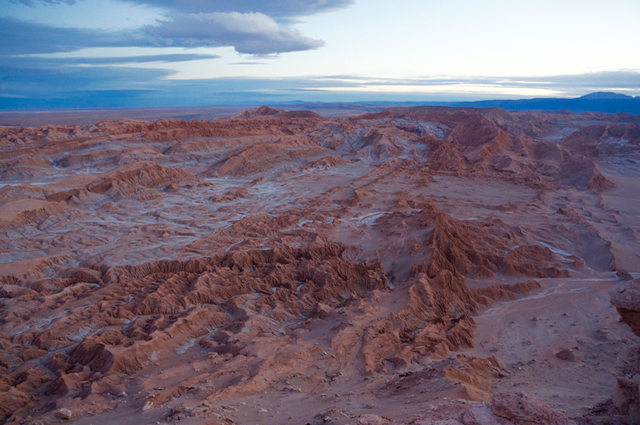 “What makes the desert beautiful,” said the little prince, “is that somewhere it hides a well…”

I was astonished by a sudden understanding of that mysterious radiation of the sands. When I was a little boy I lived in an old house, and legend told us that a treasure was buried there. To be sure, no one had ever known how to find it; perhaps no one had ever even looked for it. But it cast an enchantment over that house. My home was hiding a secret in the depths of its heart…

“Yes,” I said to the little prince. “The house, the stars, the desert– what gives them their beauty is something that is invisible!”

I’ve come to agree that the world is full of invisible beauty, of treasures that aren’t actually hidden at all. Sometimes these treasures are marked clearly on maps and sometimes they await us down accidental paths. But always this invisible beauty is within our reach, just a short car ride, a plane trip, a bold decision away.

I chose to keep viewing the world as one vast desert, filled with wells that hold invisible beauty. I will wander the desert in search of these open spaces, the cool waters of hidden treasures like Moon Valley that hold beauty more brilliant than king’s gold.