It was eerie for me being in Munich, knowing I was so close to a concentration camp.

Dachau, the first concentration camp in Germany, has its own metro station, and, as I navigated my way around the Bavarian capital, the name Dachau always jumped out at me on the metro map, reminding me of the profound tragedy that happened here not so long ago.

The night before my visit to the concentration camp memorial site I told a fellow hosteller of my plans to visit.

“Have fun at Dachau,” she told me in the morning as I headed out of our room – perhaps the biggest oxymoron I’ve ever heard.

One does not go to Dachau to have fun. One goes because it’s necessary and important to visit to learn just how deep the terrors of our human race can be. It is a duty to not only soak up the beer gardens ad Bavarian architecture while in Germany, but to look at the ugly side too, and remember that we must do all we can to prevent such atrocities from happening again. 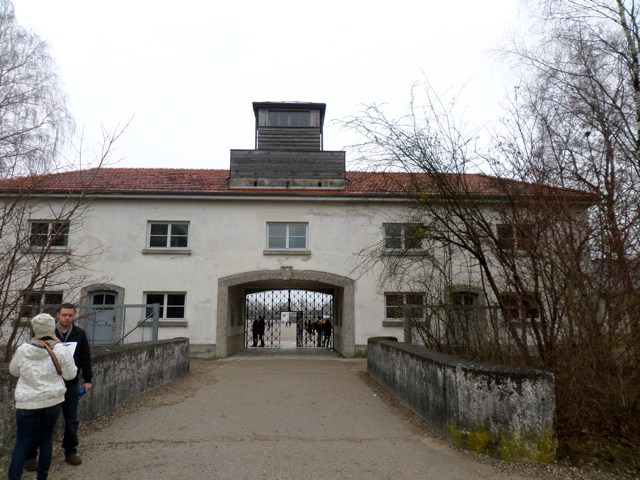 Guided tours at the memorial site are offered in English twice daily. Get there early if you want to join as they cap the number of participants to 30 and the spaces fill quickly. Audio guides are available if you are unable to do a tour. 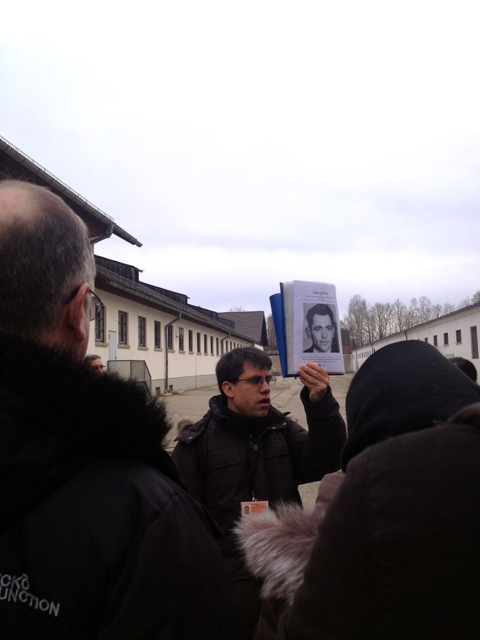 Dachau was opened in 1933 to hold political prisoners and used as a prototype for the rest of the concentration camps constructed throughout Germany and Poland.

Dachau was a labor camp, although very little of the work prisoners did had any benefit. The memorial site outlines the various pointless tasks prisoners were forced to do such as moving piles of sand from one side of a field to the other for ten hours a day.

Prisoners here were primarily Germans who spoke out against the government, homosexuals, Jehovah’s Witness and prisoners of war. All but a few of the prisoners at Dachau were male – a similar camp for female prisoners was located in Berlin. Until the last few months of the war, there were almost no Jewish prisoners here as Hitler had declared he wanted all Jewish prisoners taken out of Germany to camps in Poland. Prisoners came from all walks of life – at Dachau the youngest was 11 and the oldest 80. 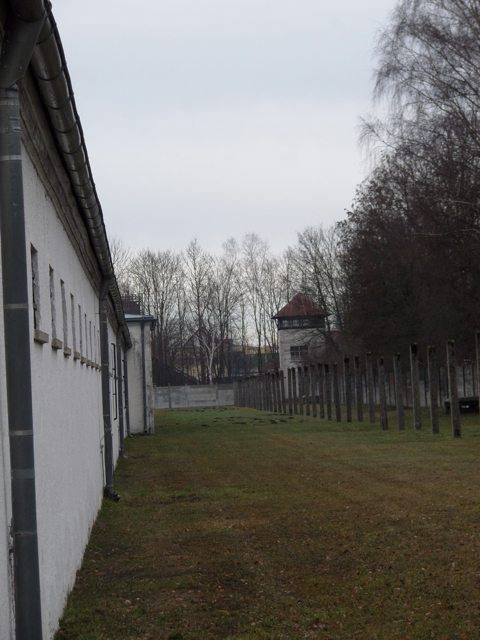 There’s no exact record of the number of prisoners held or deaths here, though it is estimated there were 206,000 prisoners.

As the tour begins you pass through the main camp gates which read “Arbeit Macht Frei,” (work will make you free), a chillingly false promise to those imprisoned here. 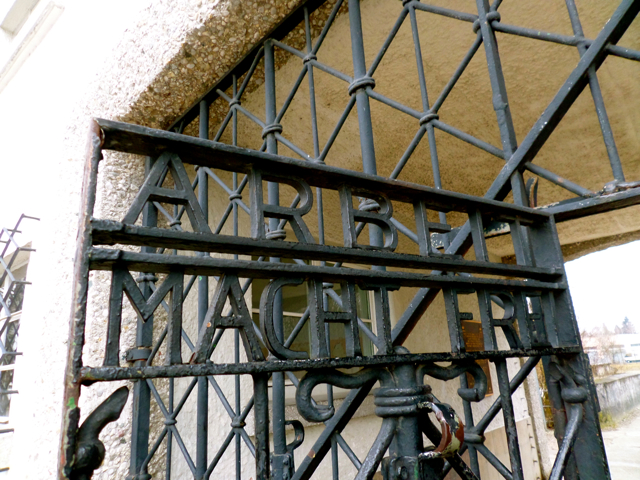 The first sight upon entering the gates is a memorial that reads the following quote in many languages:

“May the example of those who were exterminated here between 1933 and 1945 because of their fight against National Socialism unite the living in their defense of peace and freedom and in reverence of human dignity.” 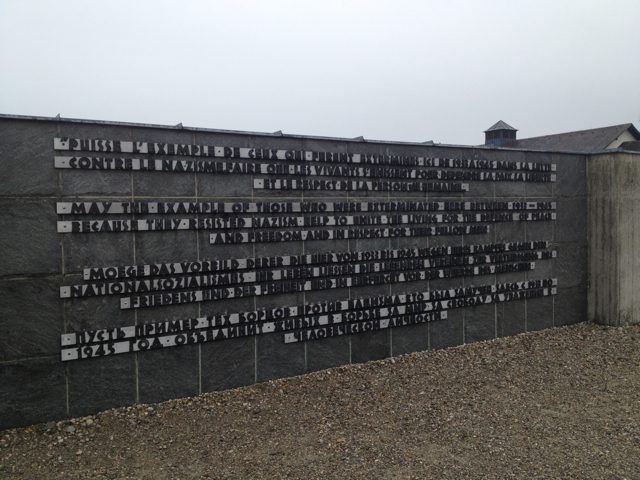 Other sites at the beginning of the tour include the Former maintained building, home to permanent exhibition, the administrative offices, roll-call area and bunker which was a prison within the concentration camp. 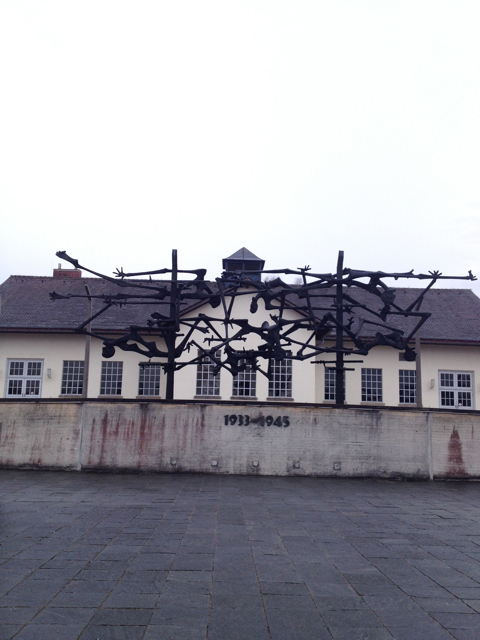 Near the bunker is a wall where most executions by fire took place. All soviet POWs were murdered here. It is strange to learn that American POWs were not immediately shot upon arrival because the Nazis wished to follow the Geneva Convention. 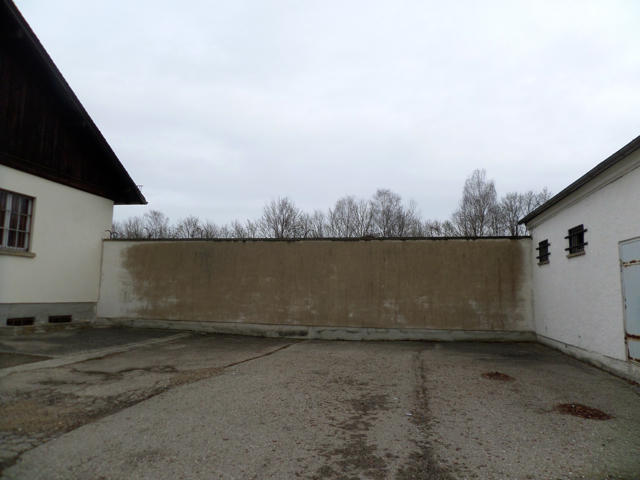 A replica of barracks has been created and here the tour focuses on life for the prisoners in the camp and the horrendous conditions in which few survived.

The tour walks past rows of old barrack locations to the many religious memorials. There are monuments dedicated by the Catholic, Protestant, Jewish and Russian Orthodox faiths. 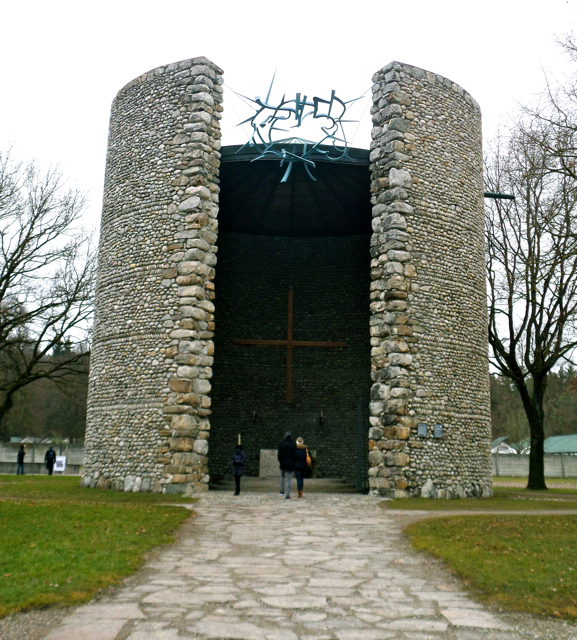 In 1964 the Carmelite Convent was established on the grounds. These nuns pray for what happened here around the clock.

Next is an explanation of the five levels of security designed to keep prisoners inside the walls. Only one prisoner ever escaped Dachau and this was before the final layer of security was put in place. 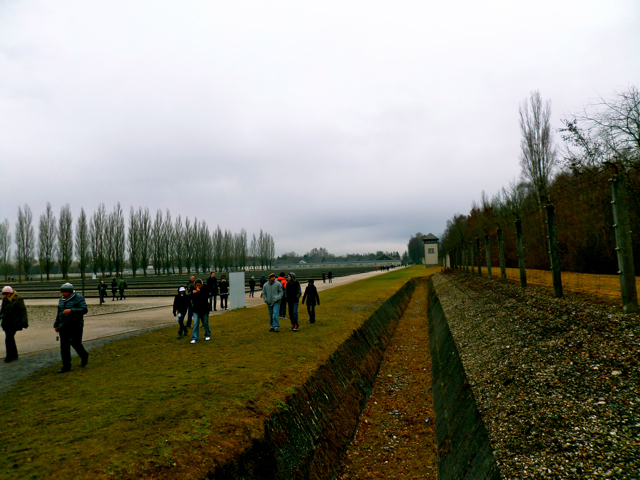 Just past the Russian Orthodox memorial is the crematorium and a gas chamber.

You may read on the internet that you can still see blood and scratches on the walls of the gas chamber, but this is not true. In fact there is no evidence this gas chamber was ever used. Survivors speculated that if it was used, it was used for single executions and not mass executions.

The tour is full of a wealth of information, but in the end a visit to Dachau only begs more questions. How did the murder of 11 million people happen? How did anyone survive the gruesome conditions? If the Nazi’s wanted their prisoners dead, why did they use so many sadistic methods to give false hope?

The stream of unanswerable questions will, for eternity, be incessant.

During my visit to Dachau the skies were grey and cloudy. A bitter cold filled the air and the grounds were shrouded in a haunting mist.

Following my visit, the mist and stories I heard continued to haunt me and I know I will never forget the things I learned.  A visit to Dachau is unsettling but absolutely necessary.