Desperately Lost on the Island of Ischia 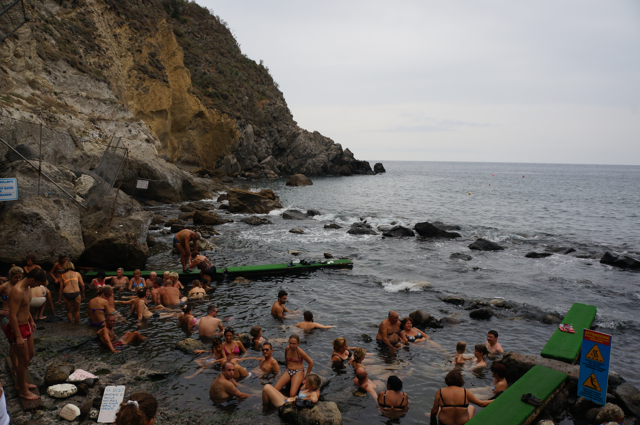 I knew better than to listen to them.

The claims of Ischia’s beauty coming from the fast talking New York couple on my Capri boat tour were just too grand to be true, and obviously inflated by their access to a private boat and local family friend, resources I, a solo budget traveler, would not have at my disposal.

Perhaps it was the excitement of talking to fluent English speakers for the first time in days, or perhaps I was seduced by the images of relaxation they conjured when describing the thermal spas. Either way, I was a fool to follow their advice and visit Ischia alone, on a rainy day and without a map.

Ischia is a mountainous island in the Bay of Naples. It is much larger than Capri, and further away (translation: the ferry ticket is nearly double the price). A volcanic island, Ischia is known for the healing powers of its waters. 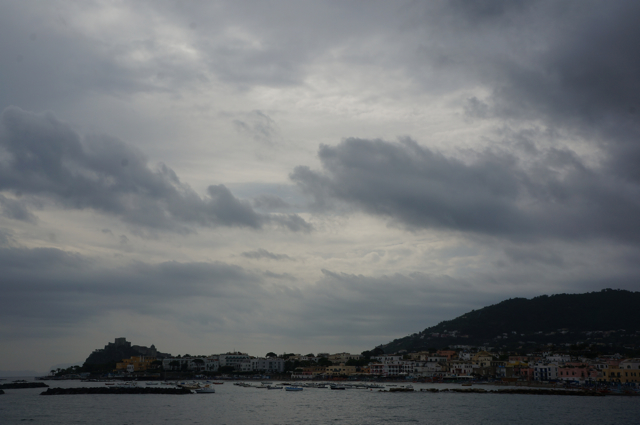 The island is quite remote and not many of its inhabitants speak English so come prepared with either a pocket dictionary or at least a friendly smile.

With six hours to explore what I perceived to be a relatively small island, I stepped off the ferry confident I would have ample time to relax and visit the mere two sites on my list. However, most of the sights are on the side of the island that is opposite from the Marina. Buses run infrequently and it is a bumpy, 45-minute ride on a bus so crammed with people I got to experience the wide variety of armpit stenches Italy has to offer.

First stop was the thermal spring of Sorgeto, a cove where the water is warmed to a near boiling temperature by volcanic activity. The nearest bus stop to this natural wonder is in Panza, a small town a 20 minute walk away. To get to Sorgeto you descend the steepest hill I have ever seen paved with road, and on my walk I tried to forget that what goes down must go up. 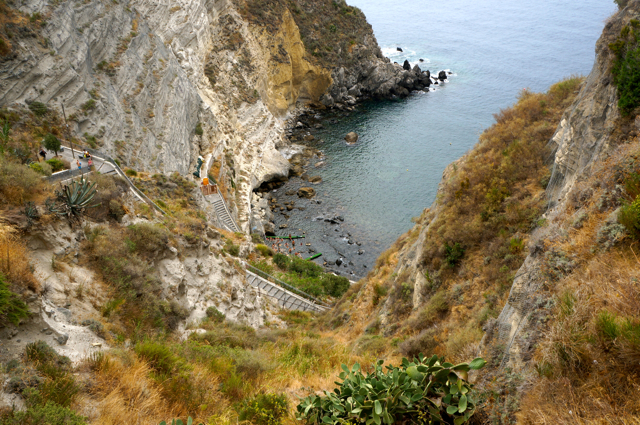 The cove is a really neat natural wonder. But it’s also a small area, and, despite the lousy weather, was packed with people. This is the ocean after all, and just as I would relax in the warm soothing waters, a wave would come bringing in a stream of cold water or sending my body hurling into the nearby young couple attempting to have a romantic afternoon. Sorry to crash your party.

Eager to explore the famed Poseidon Gardens, a thermal park boasting 22 pools, I left the cove behind and began the miserable, 45-minute climb up the steep hill that left me so drenched in sweat I might have well swam in my clothes. 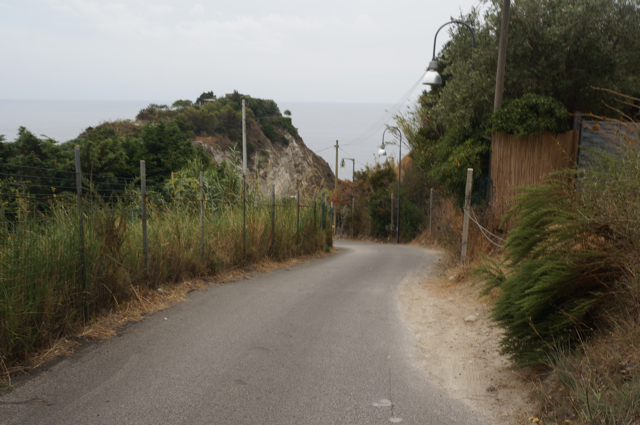 Back in Panza, there are lovely signs that point toward the nearby Giardini Poseidon Terme. Traveling has taught me I am not as good at a lot of things as I think I am, and apparently that list includes following street signs. I ended up so desperately lost on this island that I wound up inadvertently trespassing in a family’s vineyard, awkwardly using my limited Italian vocabulary and hand gestures to explain my presence and ask for directions.

Luckily, the people of Ischia are quite kind, and when the father of the family understood I was alone and hopelessly lost, he offered me a ride to the gardens on his moped. There is perhaps no greater high than riding in Italy on a moped, and taking on the scenery from the back of his bike erased my concern that I had somehow wandered a 15-minute ride away from the gardens.

The Poseidon Thermal Gardens are such a ridiculous and interesting place, that I will have to share the details in a separate post, but for now I will just say that everyone there is so old I wondered if they thought they were visiting the fountain of youth. 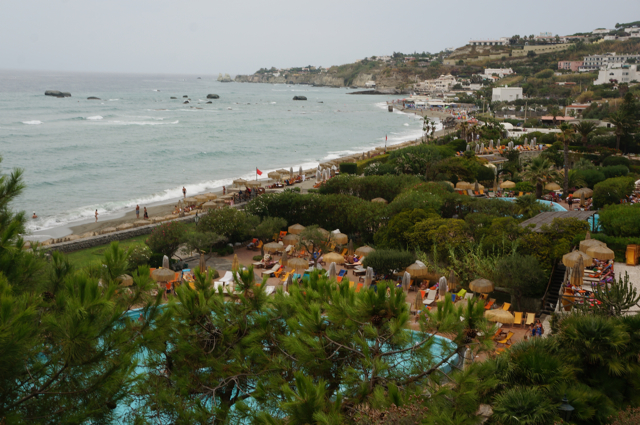 After enjoying, wait let me make that experiencing, the pools for two hours it was time to head back to the ferry. The bus did not show up. Afraid of missing the ferry and having to spend a night on this wretched island, I took a cab back to the ferry. Half way into the drive the meter reached the full amount of cash I had on hand. Taking pity on me, the driver picked up another couple heading in the same direction and had them pay for the rest of the ride. THANK GOODNESS THE PEOPLE ARE NICE ON THIS ISLAND.

Back in time to catch the ferry I spoke with a British couple who had an equally miserable day on the island of Ischia. We spent the ferry ride speaking in English and venting about our experiences and their kindness and empathy turned my day around. This is a lesson the road teaches you.