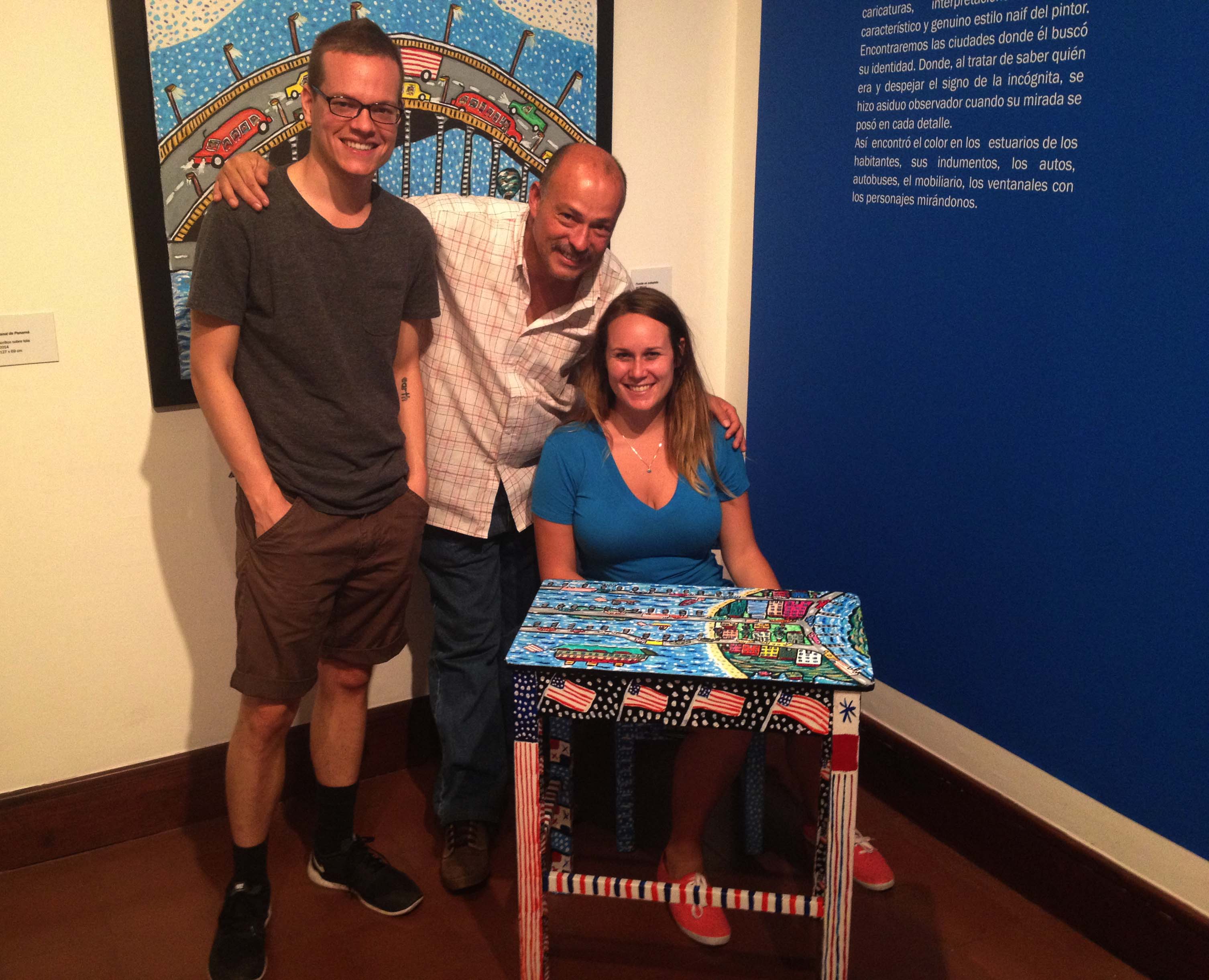 I walk through the doors of the Museo de Arte Costarricense, the national art museum in San José, and enter the first exhibit to the left. Before I even have a chance to read what the exhibit is about, a friendly man approaches me and introduces himself.

“Hello, my name is Ricardo Ávila and I am the artist,” he says in Spanish, grinning ear to ear.

I have unknowingly made my way to the exhibition “Ricardo Ávila: Observador Urbano.” The fourteen paintings here depict scenes from several of the artists favorite cities – Rome, Florence, Munich and Berlin among others in Europe, Costa Rica’s capital, Mexico City and Miami representing North America.

My friend Wade and I walk around the exhibit and take joy in identifying cities painted in bright colors in a style Ricardo will later describe as using “the happiness of color to reflect the happiness of life.”

Ricardo Ávila, winner of Costa Rica’s National Prize or premio nacional, for art, has been painting since 1988. He began taking art classes but decided the academic art route was not the path for him. 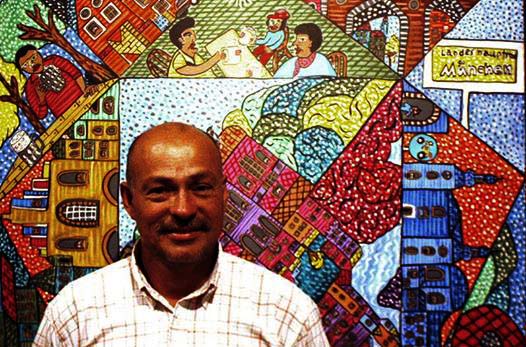 “Art is freedom,” said Ricardo. “You cannot be academic with painting, because paintings are more free.”

Instead of taking formal classes, Ricardo increased his knowledge of art by turning to the great masters of the art world and studying their works. He notes Frida Kahlo, Diego Rivera and Vincent van Goh as some of his biggest influences.

“At first I painted very timidly,” said Ricardo of his early days as a painter. “But I always believed in my work. When I see a blank canvas I don’t worry or plan much. I prefer my paintings to be more spontaneous.”

Ricardo has travelled extensively through Europe, Mexico and Miami to study art. Though the effects of this travel are obvious in the global subject matters he paints, he says his art remains tied to Costa Rica because all his works are inspired by colors used by the indigenous people of Costa Rica. 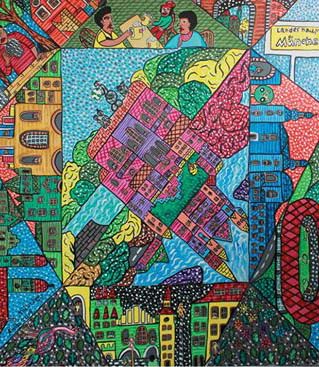 “I think Costa Rica has very beautiful colors,” he said. “Not in the city – in nature. I use the colors of the toucans, the trees, the sea, the beach… all the colors in nature. These are happy colors and from them come ideas,” he added.

Of all the cities he has travelled to he said the colors of Miami were the most inspirational.

“The city of Miami has many different colors and cultures,” he said. “I love the beautiful colors of Miami.” 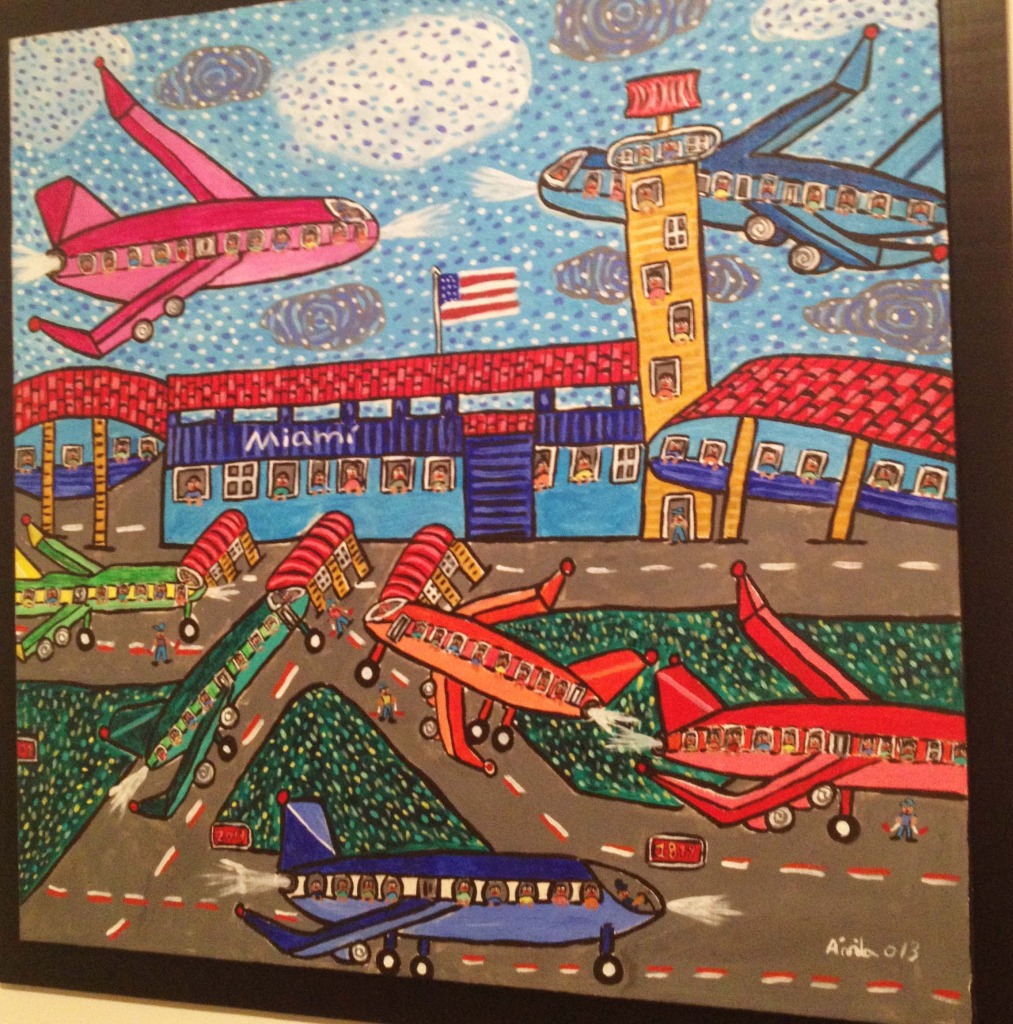 Ricardo also said he enjoys travelling because many places abroad are more supportive of artists than Costa Rica.

“Costa Rica is not a good country for artists” he said.  “We have museums here, but people don’t visit them.” 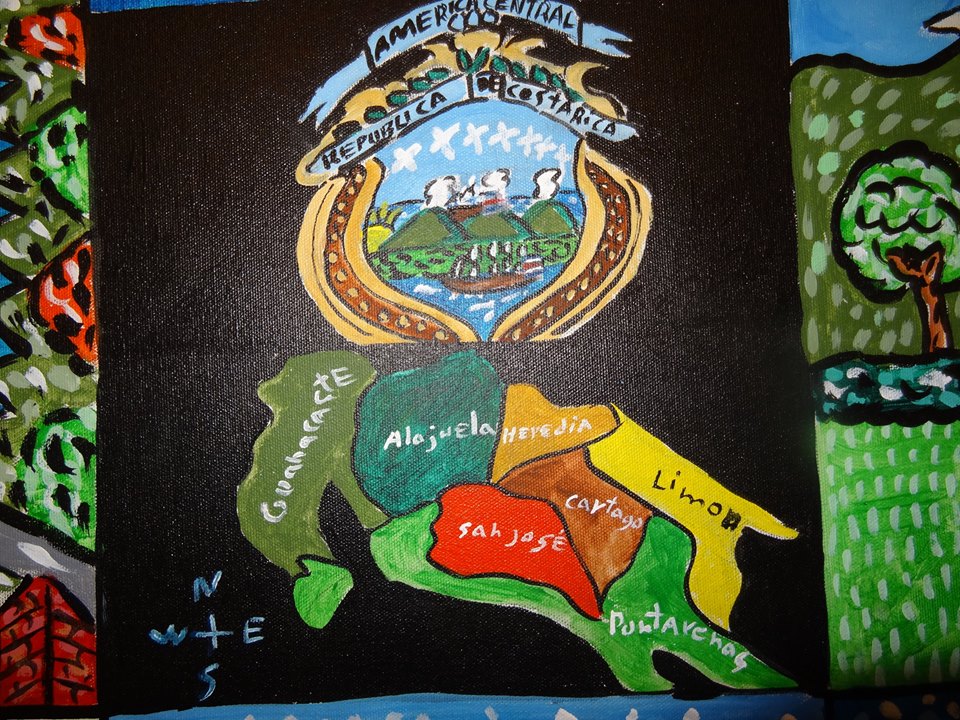 Despite this, Ricardo says he will not stop painting.

“Painting is my greatest happiness,” he said. “I am happy when I finish a work of art, and it makes me happy to know another person is enjoying my work. I can’t stop painting until I die.” 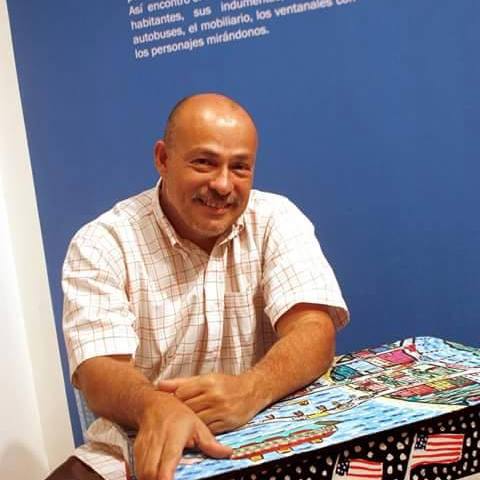 Nor will Ricardo stop believing in the importance of his art.

“Art is very important, because when the people see a work of art it gives them happiness,” he said. “My art doesn’t belong to me. It belongs to the public.”

Ricardo lives in the city of Cartago with his wife and has three children. His art is on display in Costa Rica, France, Italy and the United States and he hopes one day to travel to New York and California for an exhibition. Ricardo paints in his studio Monday through Friday and loves spending his holidays near the beach. 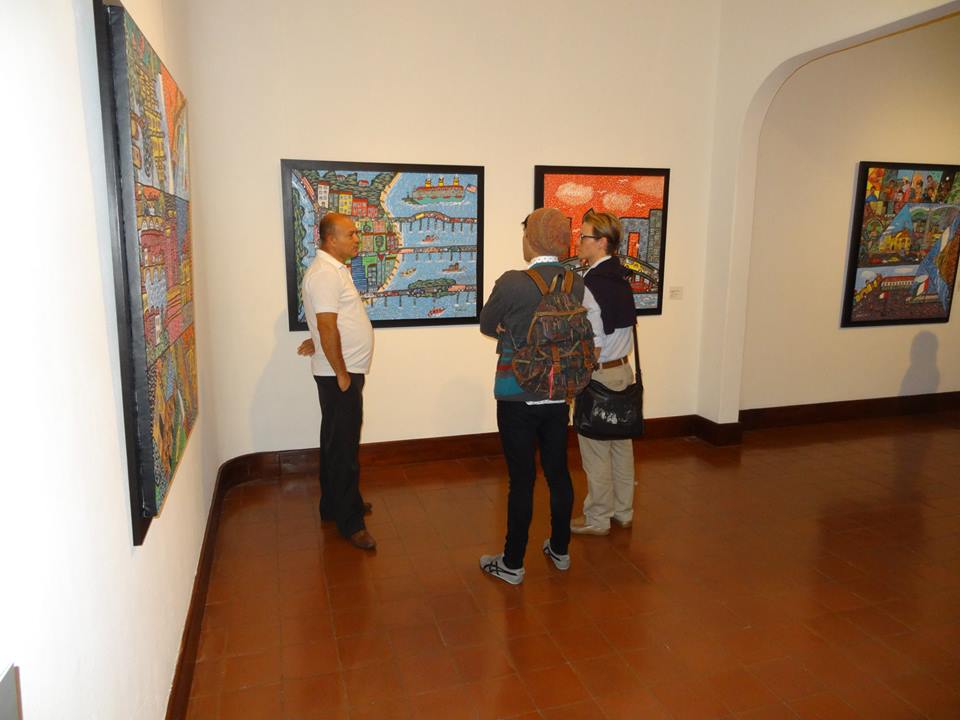 The exhibition “Ricardo Ávila: Observador Urbano” is on display at the Museum of Costa Rican Art in San Jose through March 29. The museum is open Wednesday through Sunday, 9 a.m. to 4 p.m. Entrance is free.

Note: The quotes from this article have been translated to English following a Spanish language phone interview with Ricardo Ávila.