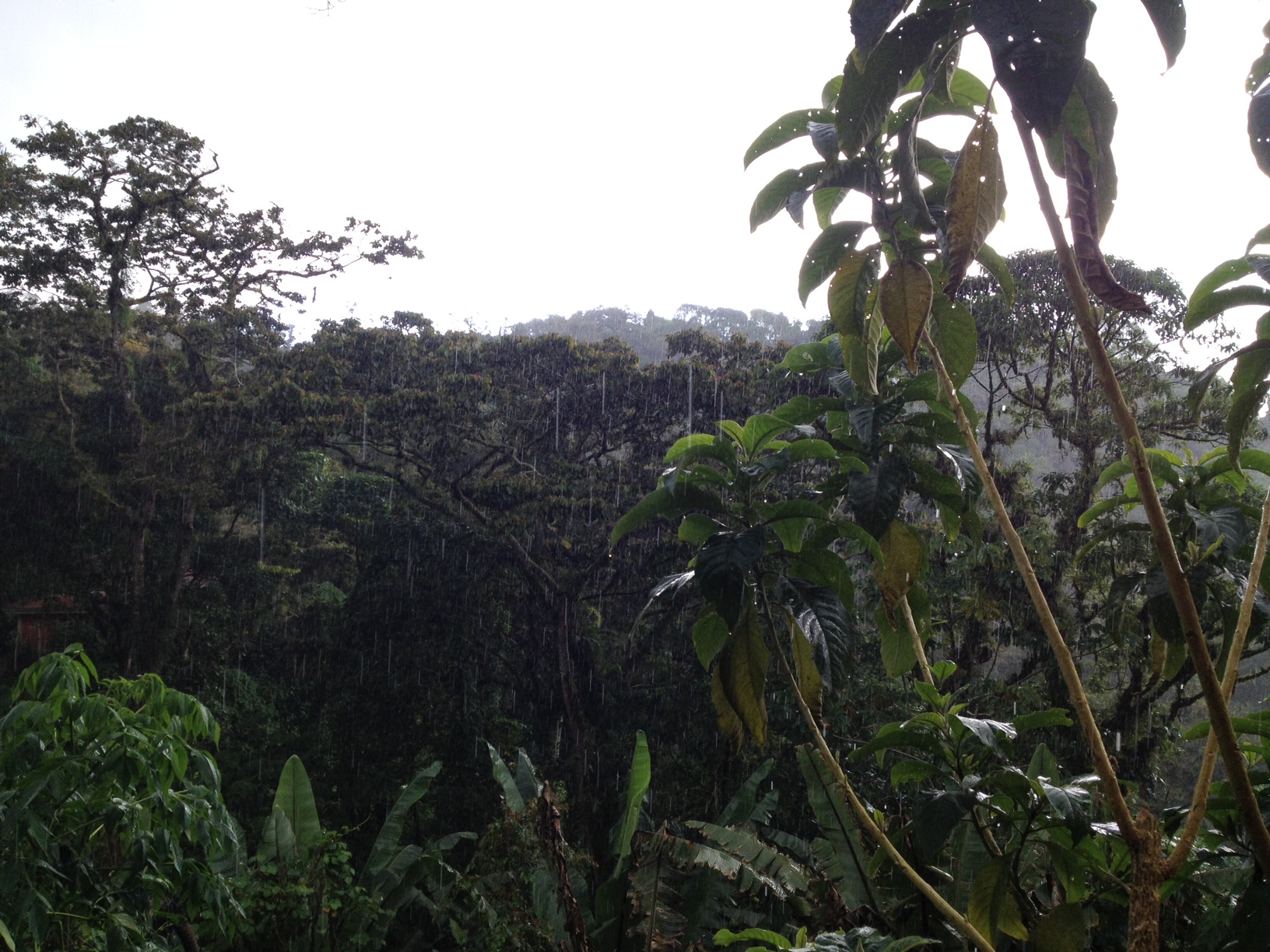 I feel them at night as I lay in bed in my damp, dark room. I try to drift off to sleep but there they are –crawling under my covers and prickling my skin. I turn on the light and nothing is there.

The words of F. Scott Fitzgerald’s This Side of Paradise float before my eyes as I relax and read when suddenly the couch I sit on rocks back and forth. I flee from the room in a panic, convinced they are running under the couch. My roommate informs me we are having a minor earthquake.

In focused concentration I sit at my desk and type. Out of the corner of the eye I see one, jumping toward me and landing on my side. I look down and see the lonely strings of my hoodie swinging around.

Before opening every door, entering every room, sitting in every chair, the scene must be carefully surveyed, watching, always watching for them to appear. Using the shower takes an unspeakable amount of time to ensure proper safety.

There aren’t too many things I’m wildly afraid of, but there’s something in this jungle that has my blood boiling and hard pumping with cold, hard, fear.

My fear has reached such unprecedented levels that I making a diagnosis. I don’t even need a doctor or WebMD to confirm. I suffer from arachnophobia.

I never knew I was afraid of spiders. But the spiders around my rainforest home are no ordinary spiders. They are fist sized, hairy and downright gross. 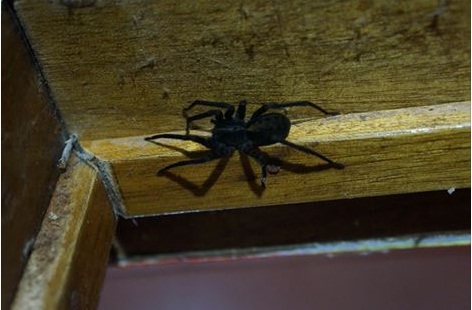 My fear of these eight-legged beasts began not long ago, one night when I returned home to my room from a day in San Jose. A large spider was on the wall of my room, relaxing, intruding on my personal space. 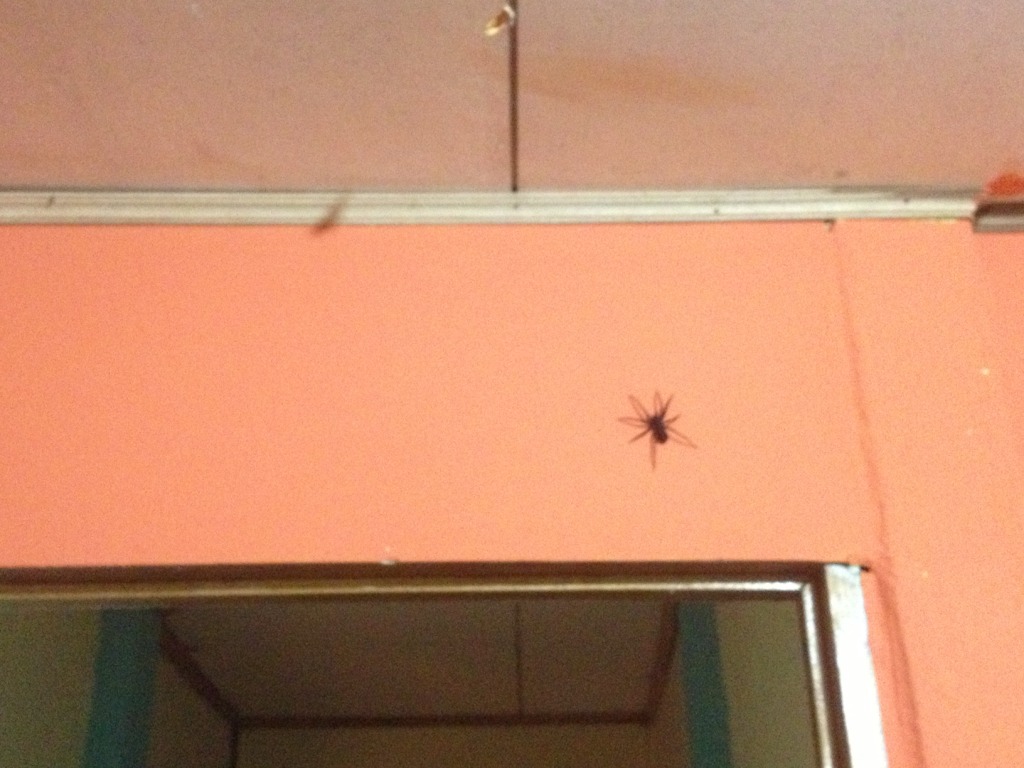 I ran out of my room to find someone on base to remove it for me since I am terrified, and that’s when I saw him – a second spider, hanging upside-down, lurking on my door frame.

This is when the big screams came and the big fear began.

“He can’t hurt you,” my Costa Rican (Tico) co-worker says. “They aren’t poisonous.”

Maybe not, but still, he invaded my space. I didn’t even see him though I passed below three times. I felt violated.

Costa Ricans will not understand a gringa girl’s fear of spiders, because for them they are a natural part of life and keep the ecosystem.
According to Self Help Collective, spiders grace the top ten list of things Americans are most afraid of.
With this in mind I decided to reach out to a Costa Rica Expat group on Facebook for some advice on how to prevent a second violation. Unfortunately, Taylor Swift called this one, and the haters gonna hate, hate, hate.

Check out some of the wonderful and friendly suggestions I got below. 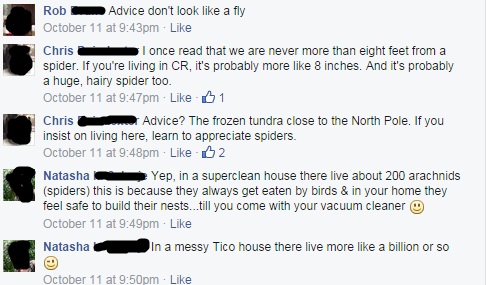 With no sympathy from the Ticos and not too much support from my fellow ex-pats I guess I’m alone in this jungle to battle my arachnophobia.

In the meantime I will try to listen to my good friend Mandee’s suggestion: “Mybe if you pretend the spiders are more like Charlotte they won’t seem so scary!” 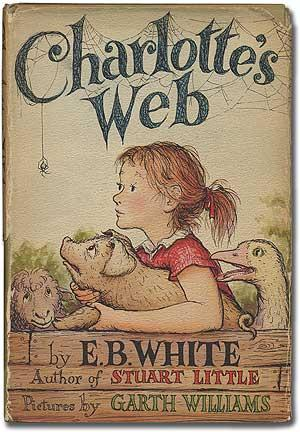 Thanks Mandee. It’s true. Charlotte’s Web is one of my favorite books and Charlotte is one of fiction’s best protagonists. Even if she is a spider.

All Posts »
PrevPreviousBeyond the Lake: Things to Do in Bled, Slovenia
NextA Historic Walk Through Ljubljana, SloveniaNext