Salzburg and The Sound of Music

The hills are alive with the sound of music!

Well, while some may have their doubts about that, there’s no denying that Salzburg is at least alive with The Sound of Music fans. Each year roughly 300,000 visitors come to explore the sights featured in the 1965 film – that’s more than double the city’s population of 148,000.

The most efficient way to see the greatest number of these movie sights is on the Original Sound of Music Tour by Panorama Tours.

Ready to hear the details? First, you must get in the proper mood by listening to the film’s soundtrack.

Is the prelude playing, yet?

Salzburg and the Sound of Music

The four-hour bus tour takes you to more than half a dozen landmark locations from the film. Guides are entertaining and humorous and will enrich your knowledge not only of the film, but also of the real von Trapp family and Salzburg history.

The tour meets in front of the Mirabell Gardens, a UNESCO World Heritage Site and set location for the “Do-Re-Mi” song. Most notable landmarks here include the Pegasus fountain and the steps the children jump up and down while singing. 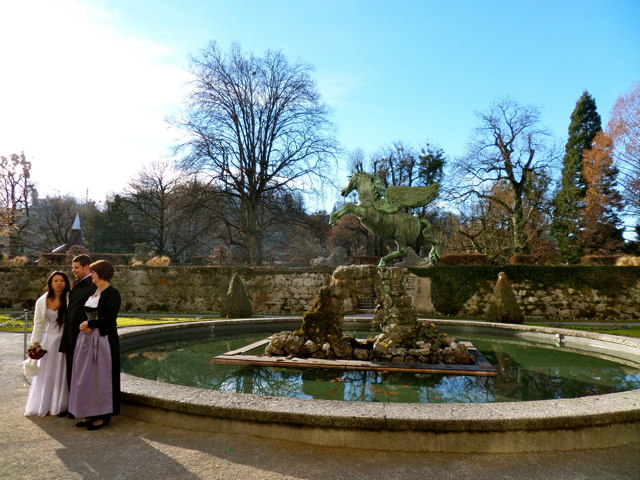 Hop aboard a decked out tour bus bound to the Salzburg suburbs. First stop is the Leopoldskron Palace, one of the two homes used for the exterior of the Von Trapp mansion. Once home to the Prince-Archbishop of Salzburg, this back of the house and palace gardens were featured in the film. The lake behind was also used in the scene where Maria and the children tip over a rowboat. 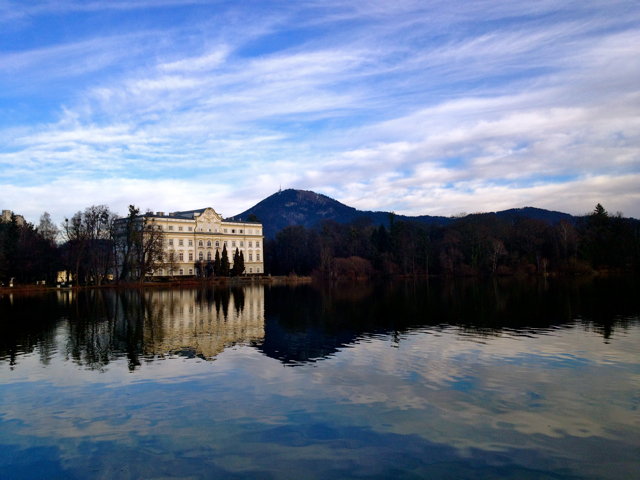 The very next stop, Schloss Frohnburg, reveals the front exterior of the von Trapp home. From a distance it’s not hard to imagine Maria running down the dirt road and singing about confidence.

The gazebo used in the “16 going on 17” scene is on display in the Hellbrunn Palace gardens. This is the best opportunity for a photo friends and family will easily associate with the movie. 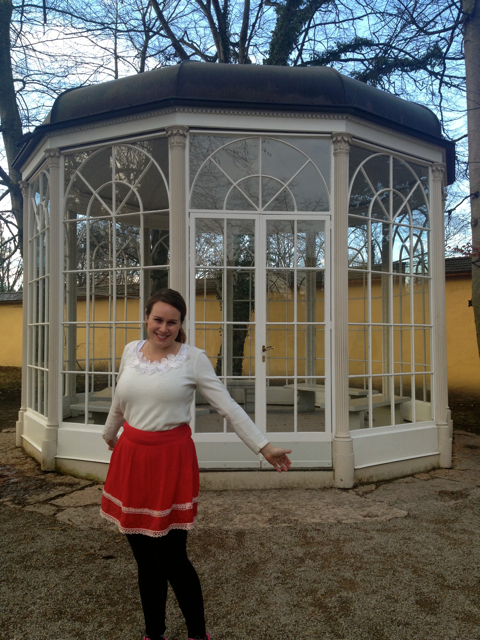 Up next is a drive through the hills to the nearby Lake District. As you travel deeper and deeper into the countryside the film’s soundtrack is piped through the bus’ speakers, which is a nice touch.

Many lakes in the region were used in the panorama shots that open the movie. The bus makes a stop at Lake Wolfgang. 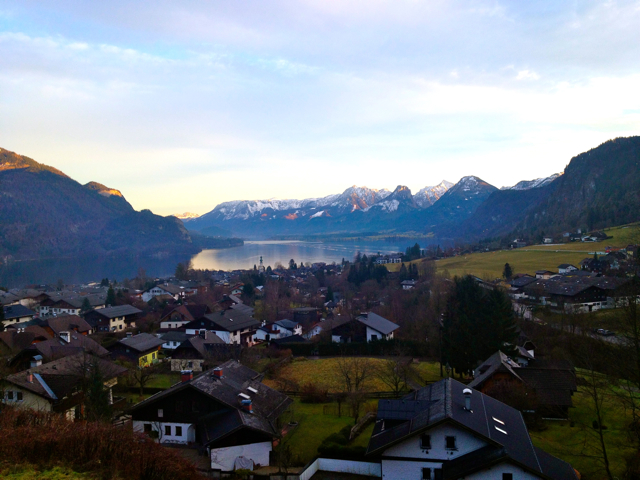 The tour’s final stop is Mondsee, a small Austrian town that is home to the church where the movie version of Maria and Captain von Trapp are married. There is time to explore the church and town alone. 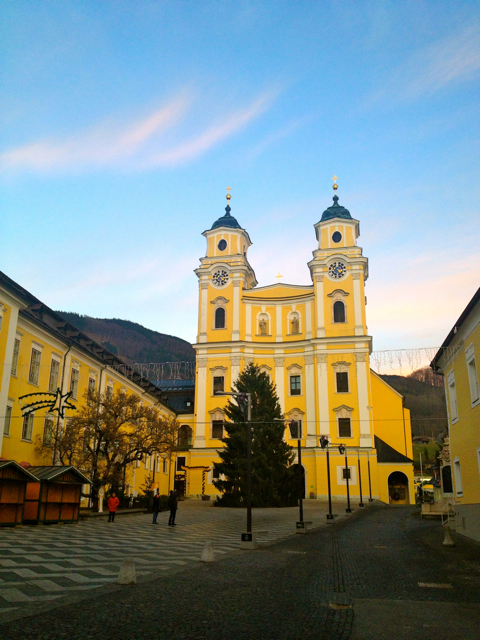 Our visit coincided with sunset and I wandered down to the town’s lake to watch the magnificent colors slip into the sky. 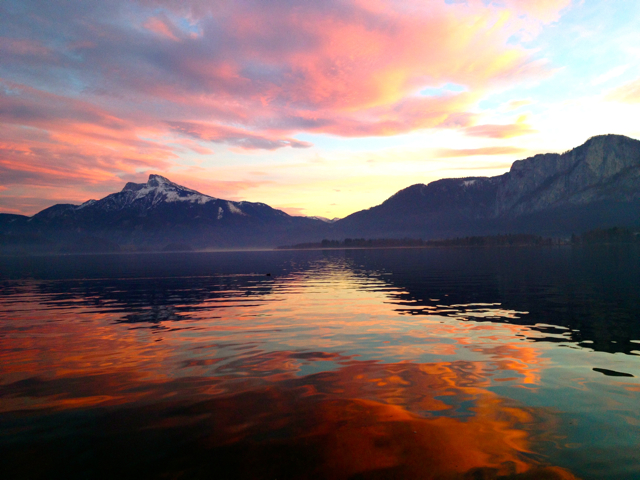 For me the price of the tour was worth it for this view alone. 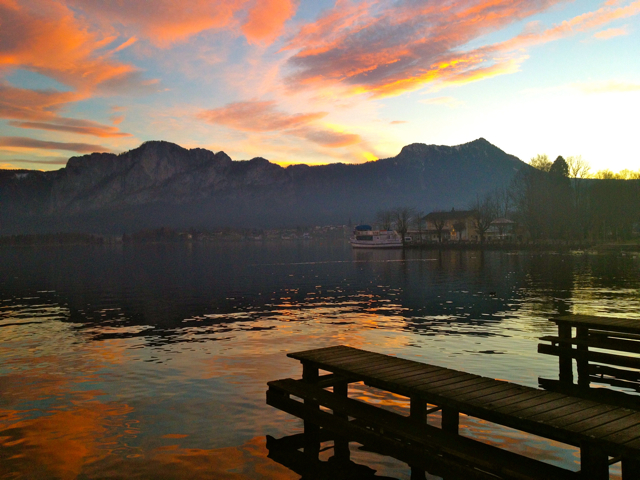 From Mondsee it’s a 45-minute ride back into the city of Salzburg. As the city lights came into view the entire bus erupted into a passionate rendition of “Edelweiss,” ending the tour on a magical note.

Group tours aren’t usually my thing, but this tour was the highlight of my time in Salzburg.

The tour costs 40 Euros per person and can be booked online or in person.

All Posts »
PrevPreviousA Reflection on the Olympics from Spain
NextWhere to Stay in Munich: Hotel Laimer HofNext