Visiting Puerto Rico: Ramblings on the Island of Enchantment

Long before visiting Puerto Rico, the concept of the island came into my consciousness when I was a fourth grader at Guadalupe Elementary School in California’s Bay Area. The year was 1998 and the island, a territorial commonwealth of the United States, held the third referendum in its history to vote on its political status. My teacher laid out the options – statehood, independence or continuance as a territory, and as a group we weighed out our perceived pros and cons for each side. They voted no to statehood.   What interested my class most, however, was not politics but the large number of baseball players from the island. As it was for my fourth grade glass, baseball is the most popular sport in Puerto Rico, and the island has produced such legends as Roberto Clemente, Carlos Beltran and Yadier Molina. From there the subject of Puerto Rico in my life draws a blank until late middle school and early high school when Ricky Martin flooded the airwaves with “Livin’ La Vida Loca,” Carman, beloved character of The Sisterhood of the Traveling Pants series celebrated her Puerto Rican roots, and my high school drama department produced the musical West Side Story, for which I played clarinet in the pit orchestra. 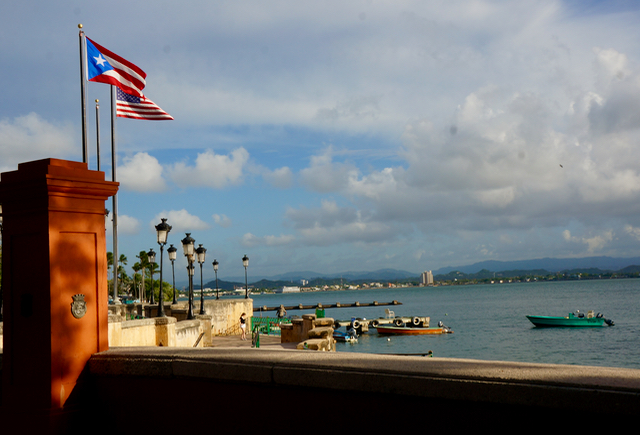 After hundreds of hours in rehearsals, the lyrics to “America” are seared into my brain.

I admit that Puerto Rico did not swirl in my orbit much again until this summer when my family selected the island as our vacation destination. Though looking back at all these memories it strikes me as ever more odd that our politicians wish to put “America First” when so much that shapes the framework of our everyday lives comes from somewhere else. 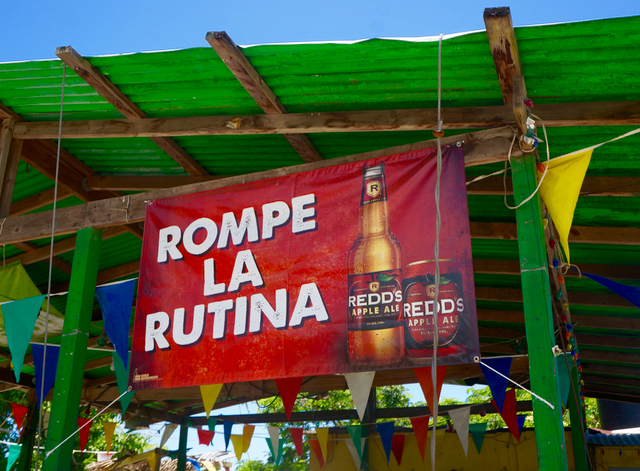 Shortly before visiting Puerto Rico, a remix of the song “Despacito” by Puerto Rican artists Luis Fonsi and Daddy Yankee hit number one on the U.S. charts. And so I boarded our Jetblue flight with new lyrics in my brain — Despacito. This is how we do it down in Puerto Rico.

Despite being on the island for a full week, I only heard this song one time – while I was standing outside El San Juan Hotel’s exclusive Club Brava. Though I longed to run through the doors and dance to this beloved song I was refused entry because (not surprisingly) my jean shorts and tank top did not pass muster with the bouncers, despite the addition of high heels. After a creative trip to the restroom where I fashioned a new outfit using the tank top as a skirt and the beach cover up I happened to be carrying in my purse as a shirt, I managed to slip into what turned out to be a private birthday party for Michael Caponni, a businessman renowned for developing the Miami nightlife scene. At this point the song had already passed, not to play again before I had to leave and Uber to the airport for a 3 a.m. flight back to Baltimore.

An Island in Limbo 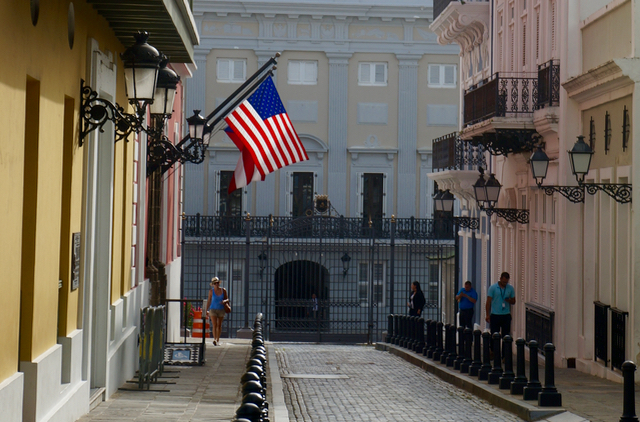 Given to the United States as part of a treaty following victory in the Spanish-American war in 1898, Puerto Rico has a rich history and remains a land in limbo – they are still a territory of the U.S., though some locals will tell you the more accurate term is a colony. Puerto Ricans are citizens of the United States, have U.S. passports and can travel and work freely in any of the states, the same as anyone born in one of the 50 states. And yet, they can’t vote for President, receive a smaller fraction of medicare funding than states do and have fewer social services. Having lived in Central America I was struck by what a blend the island is between Latin America (architecture, lack of infrastructure, cultural values that center around family) and the United States (road quality is high compared to other places in the region, English is widely spoken and U.S. chain stores and restaurants abound). 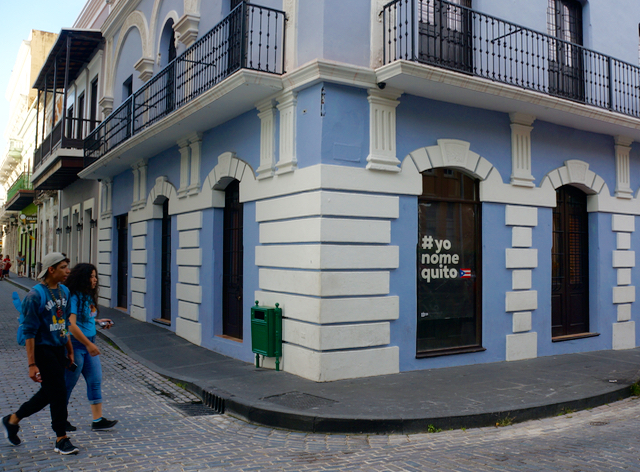 This June, Puerto Rico will hold a fifth referendum to vote on its political status. The island is currently $74 Billion in debt, facing a swelling unemployment rate and recently declared bankruptcy. Word on the streets of San Juan is that this deep economic crisis will fuel many to vote for statehood, the option seen as the quickest solution to the island’s problems, though support stateside for this move is all but non-existant. A stronghold of opposition to statehood remains. The #YoNoMeQuito (I don’t give up) movement has garnered much support from those who view the vote for statehood as a vote for the loss of identity and want to find a way to move forward without throwing in the metaphorical towel. 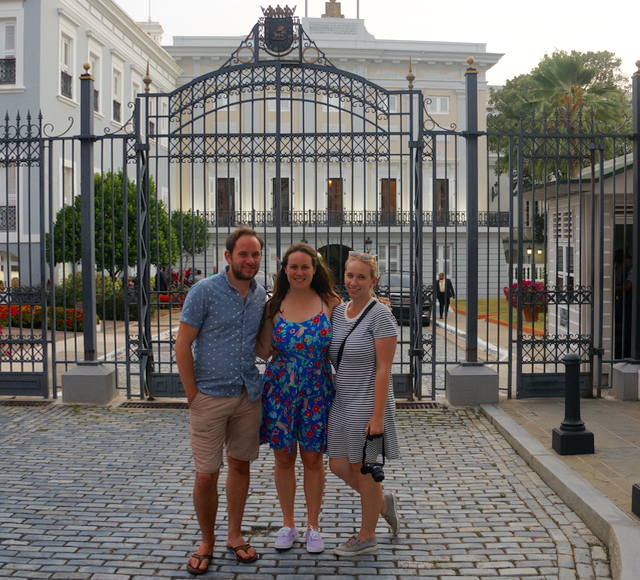 Time to put politics aside. While visiting Puerto Rico, my adult family and I found the island to be a great vacation destination. Our week-long visit was full of learning as we toured historical sights, natural beauty as we trekked through the rainforest to majestic waterfalls and relaxation as we soaked up the sun on tropical beaches. Family travel in Puerto Rico will be the subject of my next few blog posts, so stay tuned for more stories on the island of enchantment!