Celebrating My Year Anniversary of Moving to Los Angeles 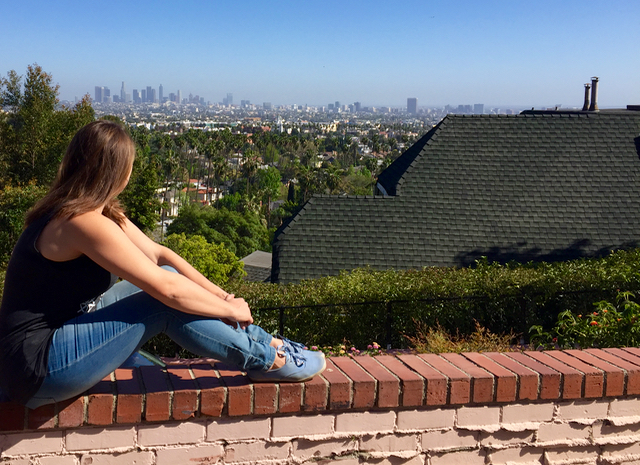 This past weekend I went to the Aero Theater in Santa Monica to see 2001: A Space Odyssey, one of those classic films you’re supposed to see but very few movie-goers these days actually have.

2001: A Space Odyssey is so not a movie that was made for modern audiences. It’s long and the pace moves dreadfully slow. The first 20-or-so minutes show tribes of monkeys and it takes more than an hour to meet the man who is presumably the main character in the film. There are drawn out scenes of sweeping landscapes and dialogue is limited. It’s just so abstract – the kind of film that comes nowhere close to even setting one foot inside the box that is the blockbuster, the kind of film that really forces you to think.

While I shuffled around in my seat, the woman sitting next to me hung onto every moment of the film, cheering when one of the monkeys began using bones as tools, gasping in surprise when a mysterious black box appeared for the second time in the film and coming near to tears at the film’s conclusion.

She laughed at a lot of the subtle moments in the film. Her laugh was so sincere, ringing with pure gaiety. She was absorbed by this movie with such intensity as if she was in the presence of a lover whose every touch sent shock waves through her body.

During intermission she told me 2001: A Space Odyssey is her favorite movie of all time.

After the credits stopped rolling she turned to me and said with earnest and fervent passion, “did you love it?”

I didn’t love it.

While I most certainly respect its genius and the impact it had on cinema, I didn’t enjoy the process of watching it. I found it to be, frankly, weird as hell, tedious and at times uncomfortable to watch. And I didn’t get the ending.

But I loved being there. I loved watching this movie next to someone who loved it so tenderly, surrounded by a theater of people who really cared about what they were seeing, knowing how important it is to view this film, not on a tiny computer, but on the big screen. 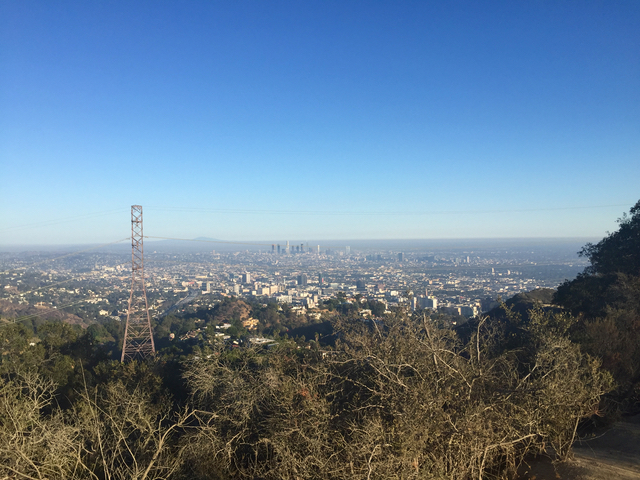 I spend most of my time here, like everyone else – working. But in the down time LA has so much to offer – the beach, great museums, trails for hiking, cultural diversity, history, a hot food scene (brunch is the best), fun bars, and – the movies.

And I love movies. 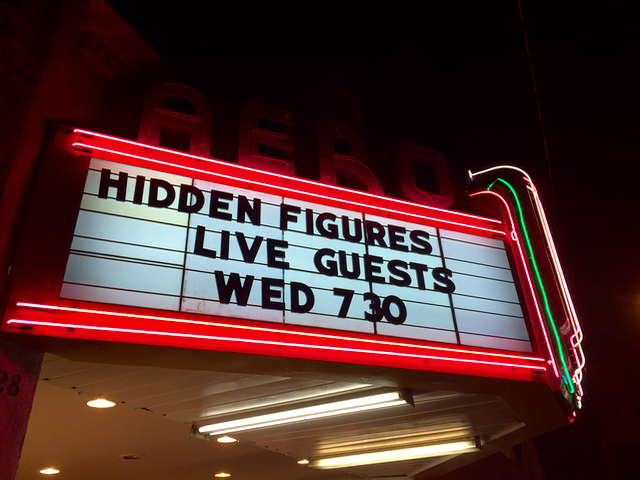 I’ve frequented the Aero Theater and some other LA staples over the past year. During Awards season special screenings pop up around the city that are often followed by a Q&A session with cast and crew. I had the privilege to attend quite a few of these this year and I, like the woman I sat next to this weekend, hung onto every word uttered by these master story tellers, writers like Barry Jenkins of Moonlight and Allison Schroder of Hidden Figures. 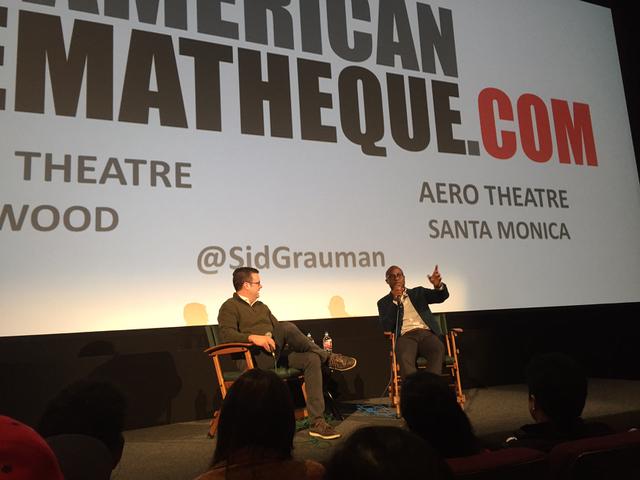 “She let her pencil take her everywhere she needed to go,” said Octavia Spencer following Hidden Figures on the silent power of Katherine Johnson, a woman who developed math to send astronauts to space.

Perhaps no movie experience will ever top the SAG screening of La La Land I attended. The emotion that poured from an audience of actors all striving for the same dream filled the theater with the force of a great tsunami. When Ryan Gosling and Emma Stone came out after the film to address the audience, their words in person couldn’t match the feeling they brought out on screen. 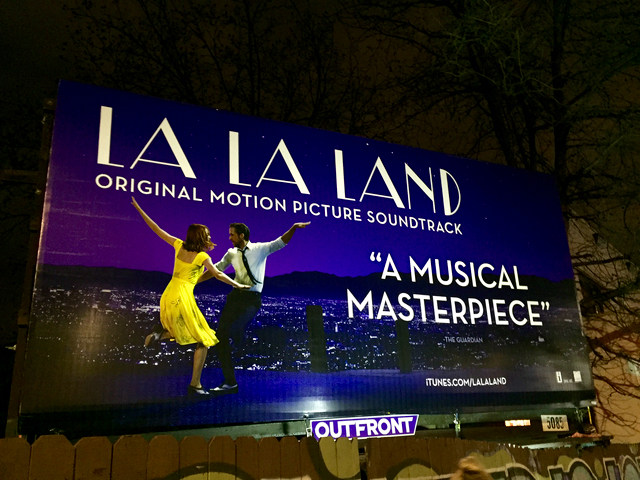 What I love most about LA is the air of optimism that permeates the city.

I think the nature of this optimism summed up perfectly in the lyrics to “Another Day of Sun” from La La Land.

I’m reaching for the heights

And chasing all the lights that shine

And when they let you down

You’ll get up off the ground

‘Cause morning rolls around

And its another day of sun

This optimism is grounded in reality – it’s not a question of if life will let you down, but when. Yet LA is a city of dreamers and in this city anything is possible, so dreamers need not stop dreaming. There’s no such thing as one single shot. Failure is not absolute. We can keep striving for our dreams again tomorrow.

What I dream about most is stories; that those whispers, those sacred and savage beasts wrestling inside me will find the strength to claw themselves out, land on paper, and step into the sun.

As I celebrate my year anniversary of moving to LA, I feel grateful to be surrounded by people who are passionate about all types of things, many just as passionate as I am about stories. (I also feel extremely grateful to be living in the same city as my brother Sean who inspires me just as much). 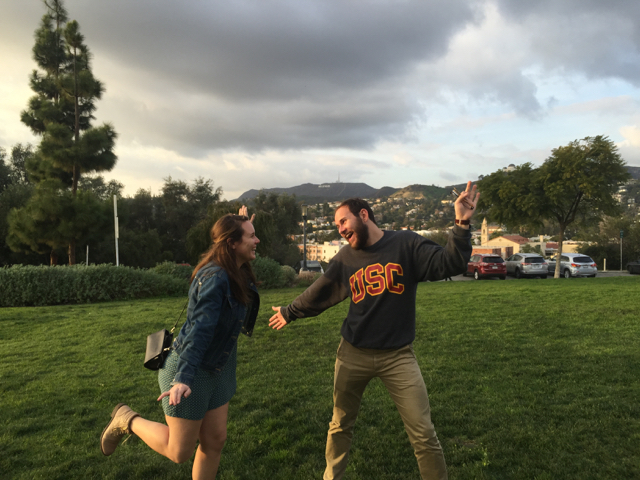 Not everything has turned out here like I thought it would when I moved from Costa Rica. The cost of living is through the roof, traffic is atrocious and life here moves so fast sometimes it feels like it will break you.

But I’ve finally found a place I don’t want to leave. I love LA, and I’ve been told that if you love the city it will love you back. 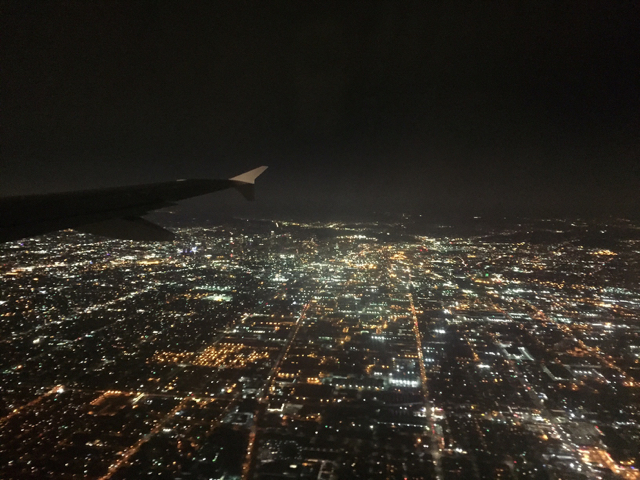 When the lights came on after 2001: A Space Odyssey ended I exited the theater and walked out onto Montana Avenue.

“Everything changes on the big screen,” I overheard as I passed a small group of movie-goers huddled outside, animatedly discussing what they had just seen.

I followed a man and his pre-teen son down Montana for five blocks – no, I wasn’t stalking them, I was just walking to my car. They turned left on 11th and I kept going straight, I promise.

Their conversation was so real, a dissection of the film approached with the same intellectual curiosity one might find amongst researchers at a Genetics lab in Boston or programmers in Mountain View.

As I approached my car I passed Fox Laundry, the Laundromat where I used to wash my clothes during the brief stint when I thought I could afford to live in Santa Monica. The Laundromat is frequented by a homeless woman named Mimi. She’s become such an institution that someone made a movie about her. The poster hangs inside and you can see it through the window as you pass.

These things happen in LA. So do parking tickets… so don’t blame me if you’ve been reading a few sponsored posts on here lately.