Top 10 Places to Visit During Spring in Berlin

Spring is here! Though winter in Los Angeles is a far cry from winter elsewhere on the planet, I’m still thrilled about the rising temperatures, longer hours of daylight and sense of promise the season brings.

Spring is also a great time to explore Europe – the weather is slowly getting warmer, flowers are blooming and crowds are less than in the summer months when tourists from the United States flock to discover the continent’s greatest cities. 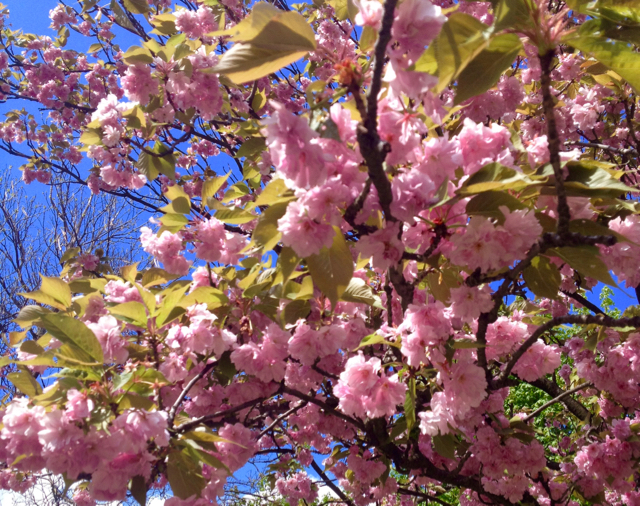 The second largest city in the European Union, Berlin buzzes with history, art and a vibrant air of liberal acceptance. With its central role in World War II and the Cold War, the German capital city has been home to some of the darkest moments in modern history. Yet from these shadows of oppression and terror, today the city echoes peace and freedom of expression from nearly every corner.

In a place where every square inch is packed with history, unique street art or people ready to party, it can be difficult to narrow down the top sights. Here’s my pick for the top 10 places to visit this spring in Berlin. 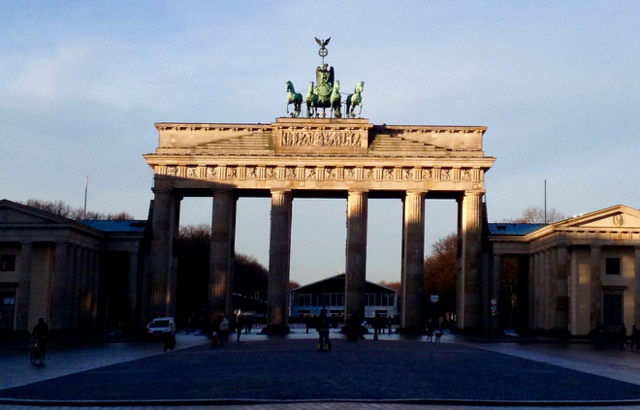 Every visit in Berlin should start with what is perhaps the most noticeable (if cliché) landmark in the city – Brandenburg gate. The marble structure was constructed in 1791, as a sign of peace under the rule of King Frederick William II. As German politics took tumultuous turns toward anything but peace, the gate served as a backdrop to some of the country’s darkest moments.

Today this gate marks the entrance to Unter den Linden, a fashionable tree-lined boulevard in the western city center that is great for strolling. A photo here is completely necessary to prove to all your Facebook friends that you’ve been to Berlin. Many of the city’s walking tours also depart from here. If you only go on a walking tour in one city in Europe make it Berlin – so much history happened in this city it would be impossible to retain everything from a guidebook. Plus, local guides put a personal touch on topics that could otherwise feel distant and unreal.

Memorials to the victims of National Socialism 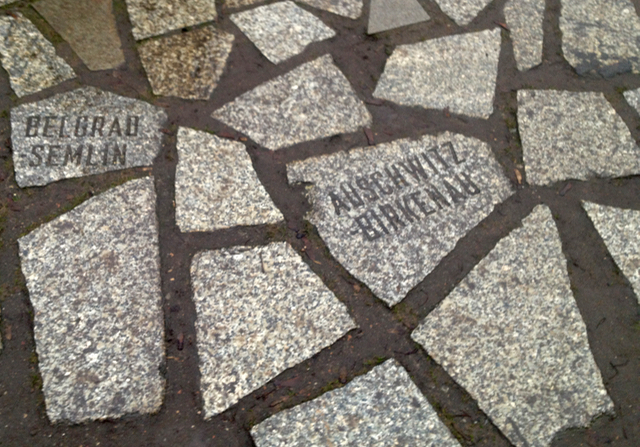 Berlin does not shy away from acknowledging the atrocities committed by Germany during World War II and the Cold War. Around the grounds of the capital are a handful of memorials that pay tribute to the hundreds and thousands of people murdered under National Socialism in Germany. Groups commemorated by these memorials include the Jewish, Sinti and Roma, gay and lesbian and politician and Soviet victims.

My advice for visiting these memorials is to set aside a specific chunk of time in your itinerary to slowly make your way around the grounds. Let the sadness and despair think in. Go alone and put meaningful thought into your visit as you contemplate this horrific chapter in history and feel the weight of these events as deeply as you can. 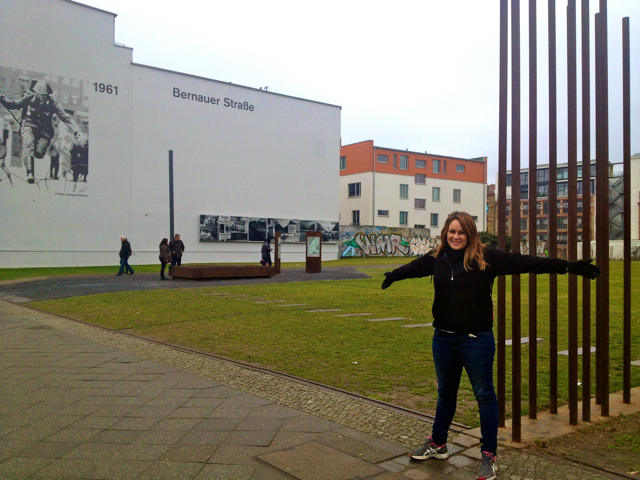 I promise not all my recommendations in this post will be dark, but there are a few key sights you really need to visit to do the destination diligence. Only two more sights of tragedy and then you can take a breather with some lighter locations.

Berlin’s troubles did not cease with the fall of the Nazi party. For 28 years, the Berlin Wall divided the city and country between East and West and Capitalism and Communism. Though the wall fell in 1989, several sections still stand. The best place for an in-depth examination of the wall and its history is the Berlin Wall Memorial.

Spring temperatures make it a perfect time to leisurely explore the open-air exhibits, many which recount the pain and loss many individuals suffered as lovers, families and colleagues were separated overnight by the appearance of the wall. Finish at the visitor’s center and then stroll the neighborhood to discover how vibrant the communities on both sides of the former wall have become in modern times. 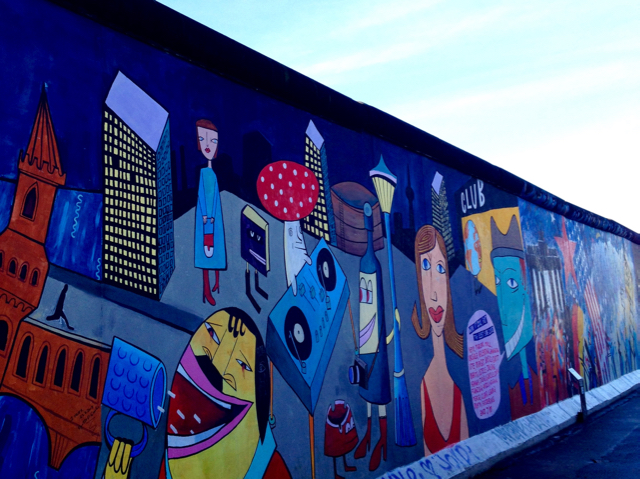 I admit I spent a few too many hours in Berlin wondering this simple question – where is the Berlin wall? The Berlin wall officially fell in 1989, so it no longer stretches through the city intact. However, there are several places where you can still view portions of the wall today.

The longest section of the Berlin Wall that is still standing has been transformed into an open-air art gallery. The 1.3 kilometer strip is decorated with murals dedicated to peace. Unfortunately many of the paintings have been covered with graffiti and the surrounding area is a bit gruff. The art work here is highly moving – the paintings express the complexity of emotion that is associated with this period of history. 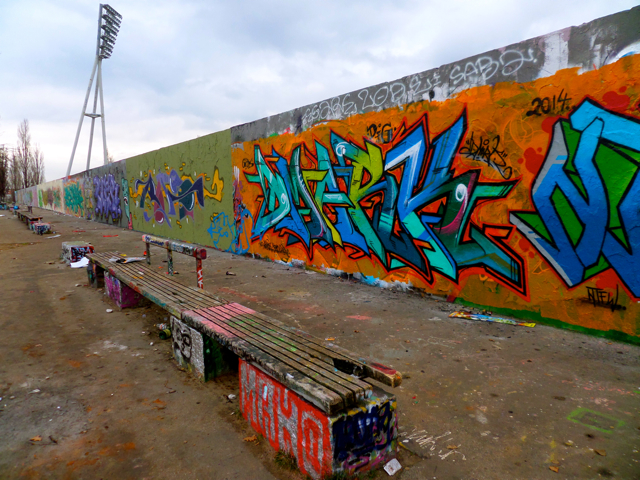 As promised, its time to move along to some lighter parts of the city and enjoy Spring in Berlin! Get outdoors and visit the city’s many open air markets. The most well-known is Mauerpark, an alternative flea market located near a remaining section of the Berlin Wall, operates on Sundays. From trendy souvenirs and soap products to Soviet war medals and antiques, there’s a little bit of everything to be found here, along with a bustling, upbeat atmosphere and diverse selection of food. 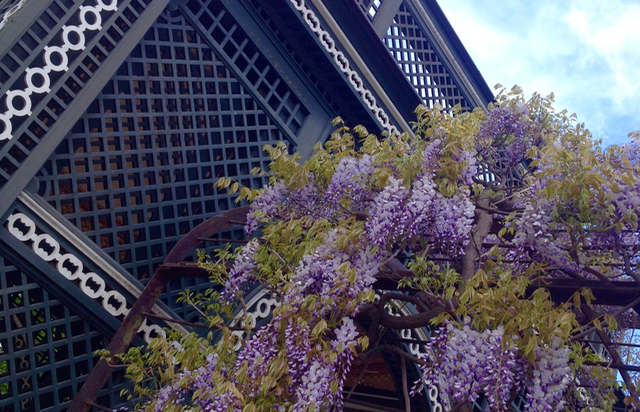 Are you sensing a theme here? It’s time to get outdoors! Berlin is home to a myriad of outdoor cafes where you can take a break from sight-seeing to enjoy coffee and sample some German delicacies such as apple strudel or a berliner while taking in fresh air, views and flowers in bloom. Some insider’s selections include Litaturcafe, an elegant café set on the grounds of a historic villa, Strandbar Mitte, a classy venue on Museum Island and Teehaus im Englischen Garten, a café that overlooks the rose garden in Tiergarten Park.

By night there’s also plenty on offer outdoors. IPSE is an open air club set alongside the Spree River. Its open during the day as well so you can chill under the shade of the venue’s trees and then watch the colors of the river change as the sun sinks low in the sky. The scene at Chalet, set in a 150-year old building, spreads out into a romantic outdoor garden come nightfall. 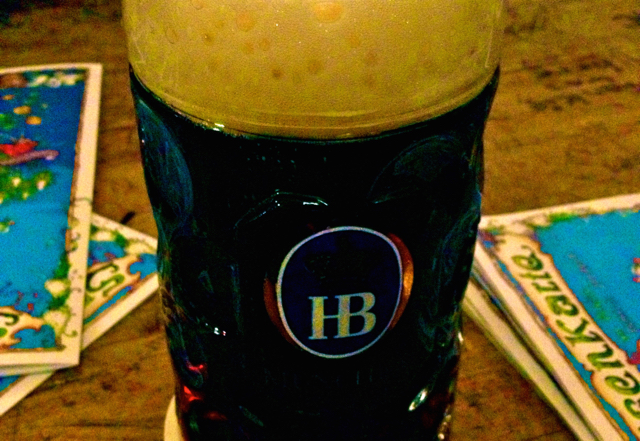 In Springtime, the beer gardens of Berlin open back up, ready to party after a long winter. Enjoy the diversity of Germany’s beer offerings as you relax in a garden setting and soak up some rays while sipping on a cold brew.

There’s several iconic Hofbräu Berlin boasts being the largest beer hall in Europe and offers plenty of garden space on tap. Prater is the city’s oldest beer garden and is set under a sea of chestnut trees. Café am Neuen See is a picturesque beer garden set alongside a lake.

Venice isn’t the only city in Europe that offers breathtaking canals. Just outside of the city center you’ll find Landwher Kanal, a canal that stretches for nearly seven miles. Here a blanket of grass rolls out along the shores of the Spree River, leafy greenery dips low near the water’s edge and charming brick bridges lead across the slow moving waterway.

Take a hike down the paths that run parallel to the canal or curl up with a good book in the grass and enjoy a lazy afternoon on the banks of one of the city’s most scenic and peaceful settings.

If you’ve been reading my blog for some time now, you undoubtedly know how much I love theme parks – I did work at Walt Disney World for five years after all! Berlin puts an incredible twist on a standard amusement park experience at Spreepark, an abandoned East Berlin attraction park.

Opened in 1969 to commemorate the 20th anniversary of the German Democratic Republic, the park opened with a giant ferris wheel and 36 cabins. Over the years more attractions were opened including teacups, model dinosaurs, a wild west town and rollercoaster. The park welcomed visitors for more than thirty years before closing its doors in 2001. Today the park has become a popular place for urban explorers.

Berlin is home to an eclectic mix of people. Locals from all walks of life gather together each June for the Karneval der Kulturen, a huge street party that brings together different communities with four days of music, dance groups and an epic party scene.

The events also include a massive street parade designed to be a place where art comes alive, politics are questioned and the freedom of self-expression is celebrated. Berlin has a unique spirit – the festival is the most joyous way to let the vibes of Berlin sink into your soul. Plus you can’t beat this – the festival is free. No Coachella prices here!

Where to Stay in Berlin

As a student backpacker, you know it’s important to find safe accommodation on a budget to save as much cash as possible for train tickets, museum entries (and beer).Find a home in Europe’s best student cities, including Berlin with Uniplaces.

Uniplaces is an innovative service for students like you that takes a fresh approach to booking student accommodation online. It’s fast to book, safe to pay, and let’s you browse through thousands of trusted properties in Europe’s best student cities.

All Posts »
PrevPreviousCelebrating My Year Anniversary of Moving to Los Angeles
NextTemples and Doubles: Uncovering Indian Influences in the CaribbeanNext