In my day to day life living and working in the Costa Rican rainforest, I get a lot of interesting visitors. Some have eight legs, most crawl, and nearly all creep me out.

Last week in our office we had one slithering visitor who, I’m proud to report, didn’t creep me out. I had courage to hold a roadguard snake. 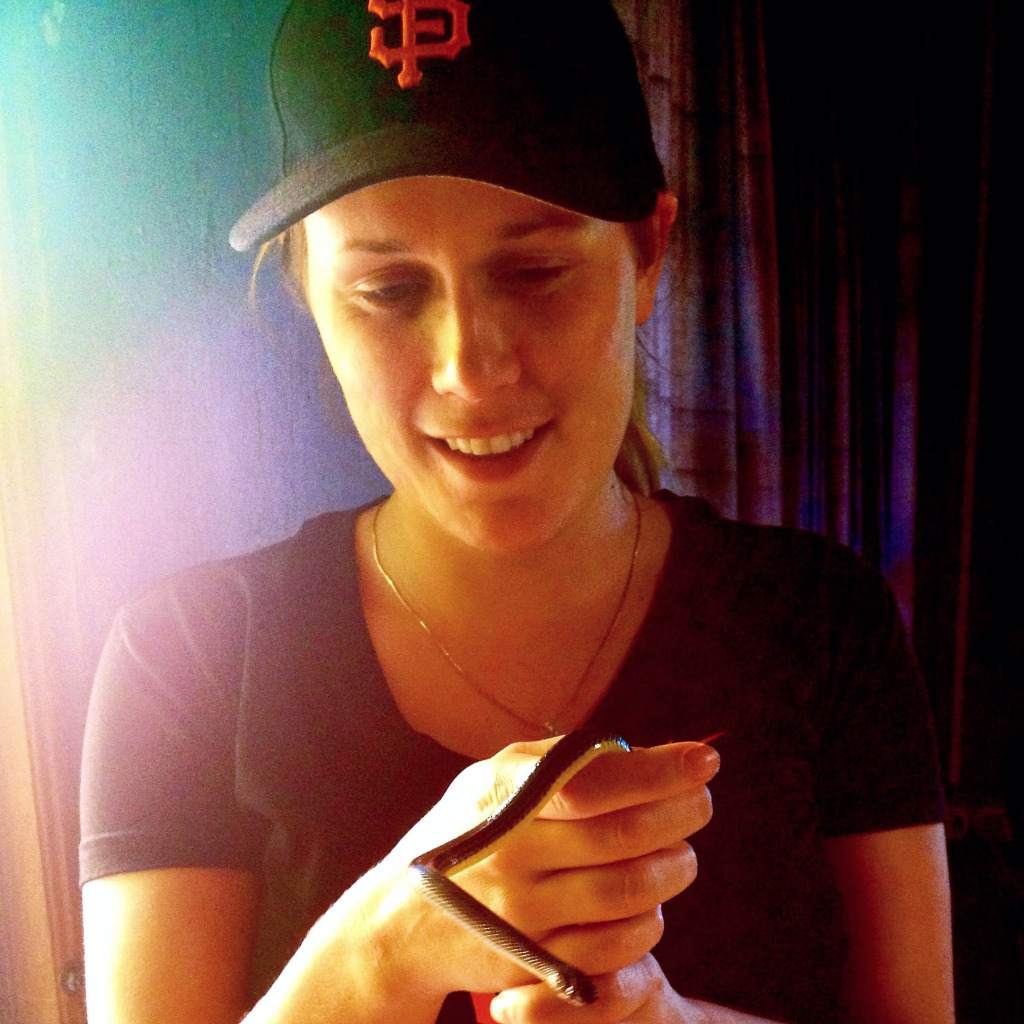 Yes, you heard me right. I’m still working on not screaming my head off and running away at the sight of the fist-sized spiders that frequent my room, but when it comes to snakes I have no fear. The snake was brought in to our office by a wildlife expert who assured me it was not poisonous and alright for me to touch. 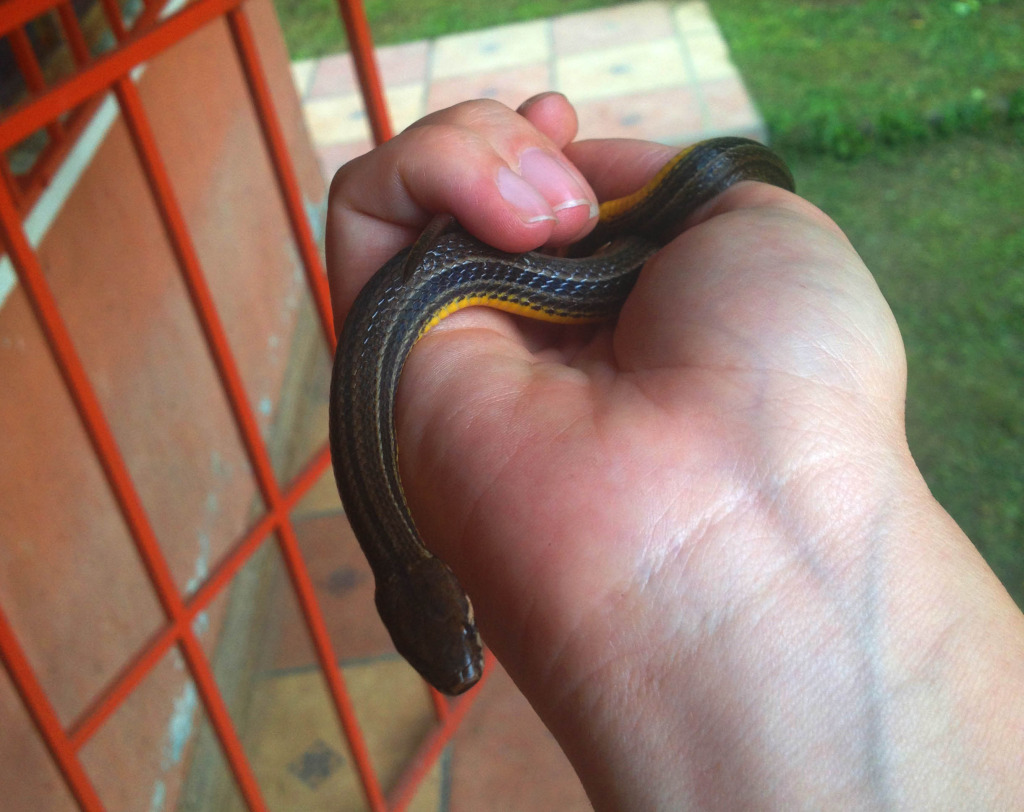 Well, at least I have no fear of the non-venomous roadguard snake. This mid-sized snake is characterized by dark grey or brown and olive colored stripes. Its head is a cone shape and its body can grow to up to four feet in length.

According to the handy Costa Rica Traveller’s Wildlife Guide by Les Beletsky, this is just one of your “regular, everyday snakes.” 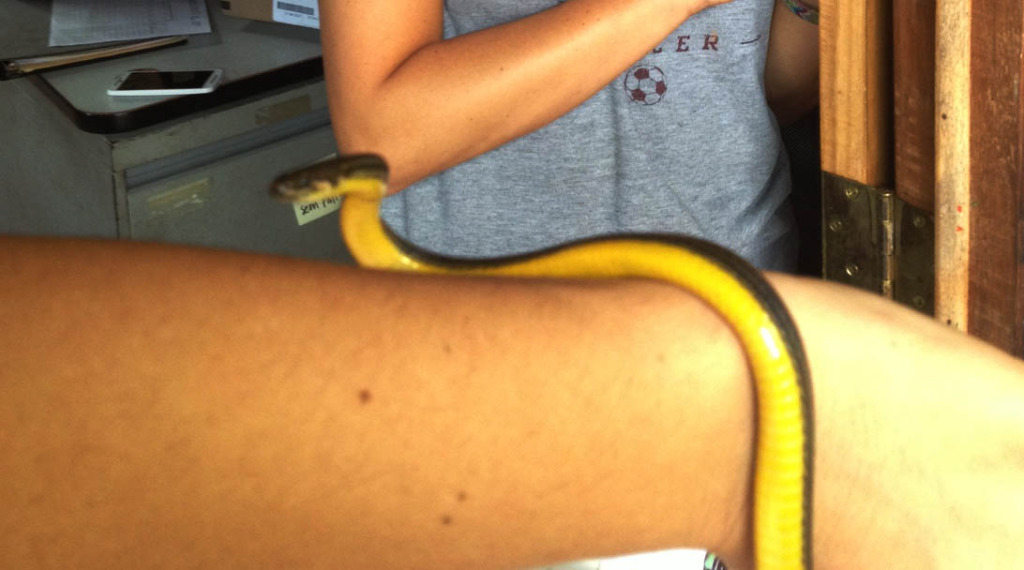 The roadguard snake is found in the Central Valley of Costa Rica as well as the northern and southern Pacific zones. It prefers open spaces in forest and fields as its habitat. 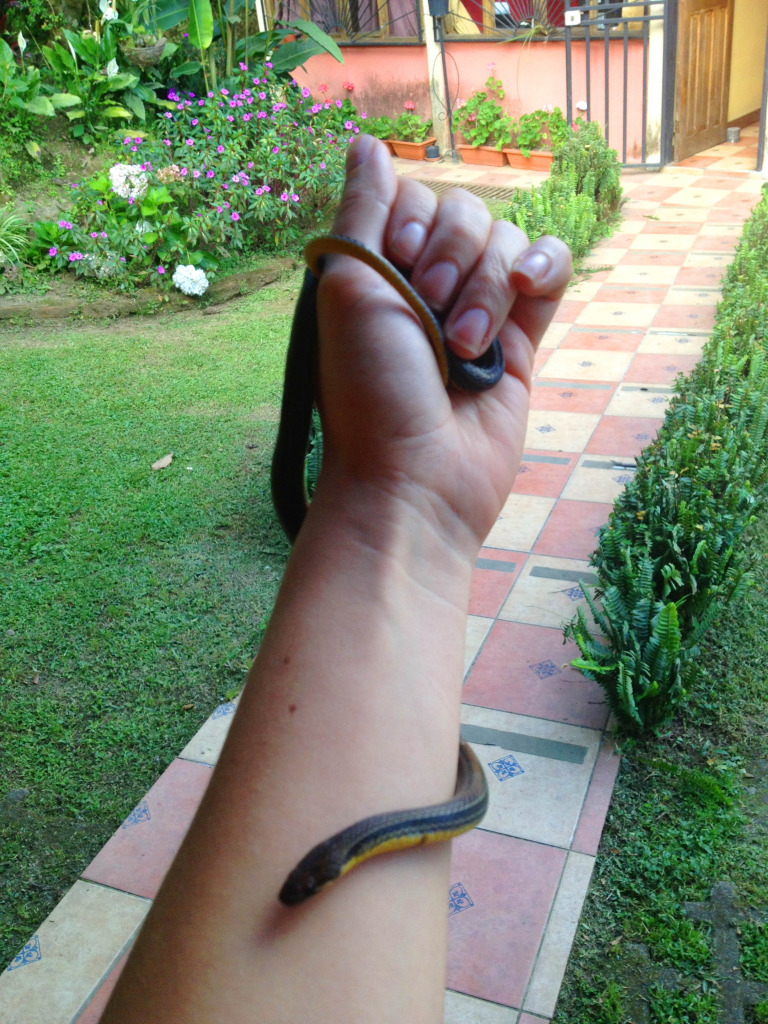 The majority of snakes in Costa Rica are non-venomous and do not pose a threat to visitors. The few venomous species of snakes that are found in the American tropics tend to be nocturnal and spend most of their time concealed in hiding places.

The roadguard snake belongs to the Family Colubridae, the largest snake family in Costa Rica.

Hey Indiana Jones, if you are need of someone to handle snakes for you, I’m your woman! 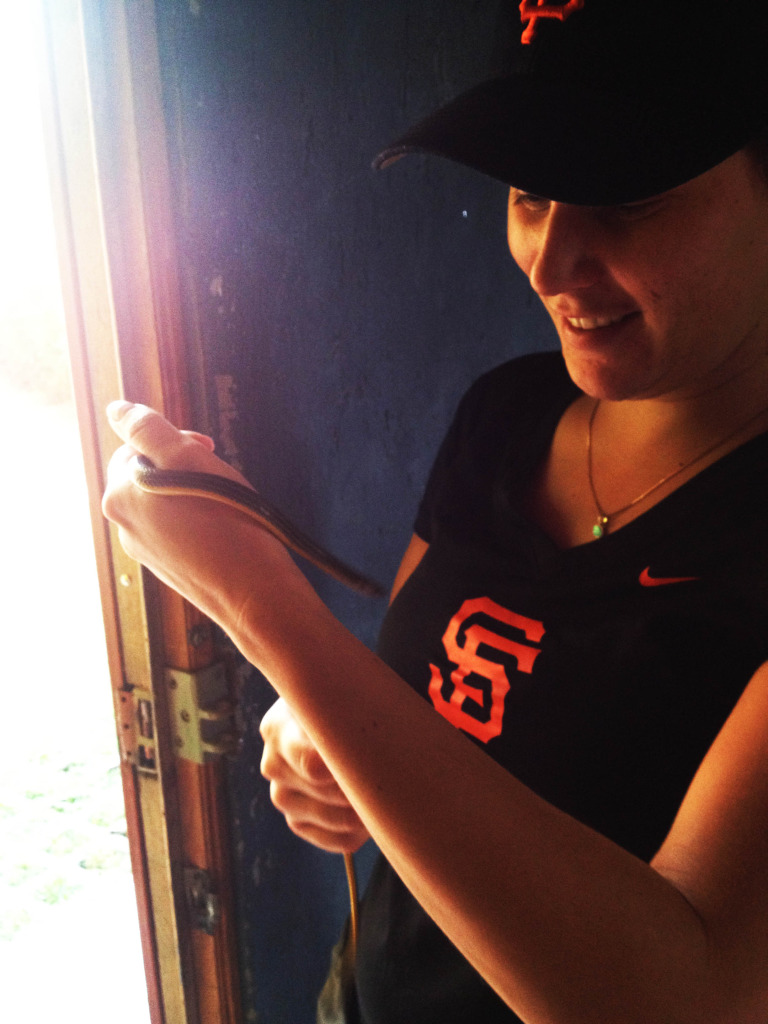 Sssss… can’t wait to see which snake species slithers by our office next!