I am moving to Madrid to teach English and pursue my dream of living in Europe. Before I start my new job, I traveled around France and Italy for a few weeks. The first stop on my itinerary was Paris.

I came to Paris with no plan. No guidebook. No itinerary. No list of things to see. I thought it would be romantic to just come to Europe without a plan and go where the wind takes me, but after a long flight, dragging my years worth of luggage through the city to the apartment a of a friend graciously let me stay at, the romance of this idea began to fade.

Yet choosing my first sight to see in Europe was not difficult. Where else to start my European adventure than the Eiffel Tower? Icon of Paris, symbol of Europe and image I conjured in my mind often when dreaming of my adventure. 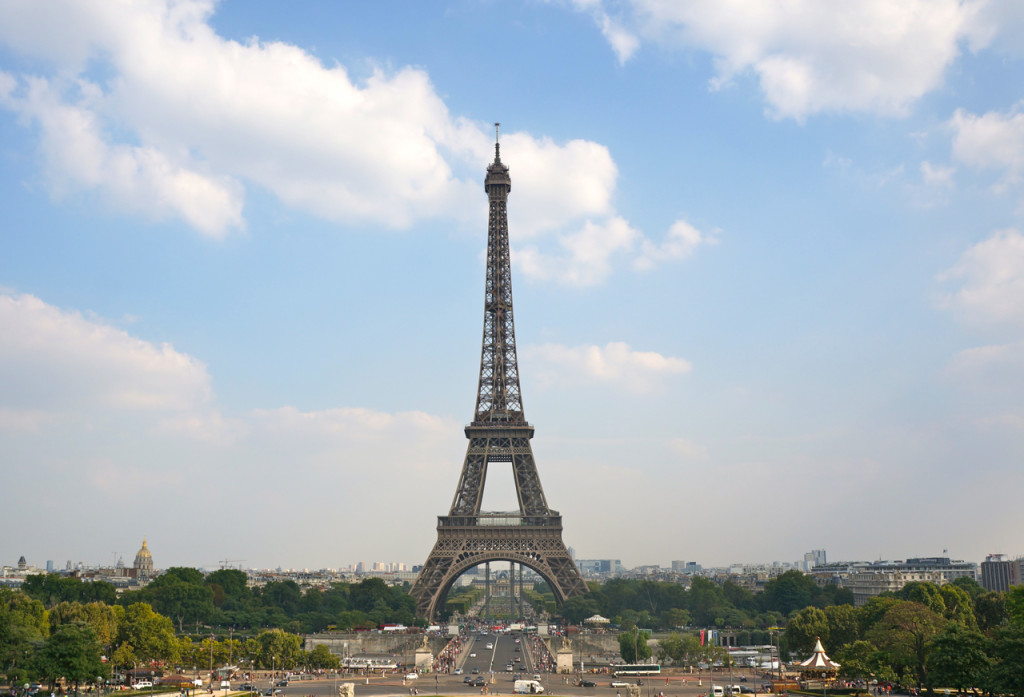 Built in 1889, the Tour Eiffel was constructed to be the entrance for the World’s Fair and mark the 100th anniversary of the French Revolution. The tower was supposed to be taken down after 20 years, but at this time the French military decided it could be used to aid in communications. By the time the military had finished this use for it, the tower had become such a symbol of the city that it remains today.

There are many ways to get to the tower by public transport, but station Trocadero on metro line 9 provides one of the best views. As you exit the station there is an empty plaza on the left. Surrounded by so many buildings, it is apparent that this plaza can be only one thing—a viewing platform for the tower. As you walk ahead a little further all of a sudden the Eiffel Tower is right in front of you in full glory. 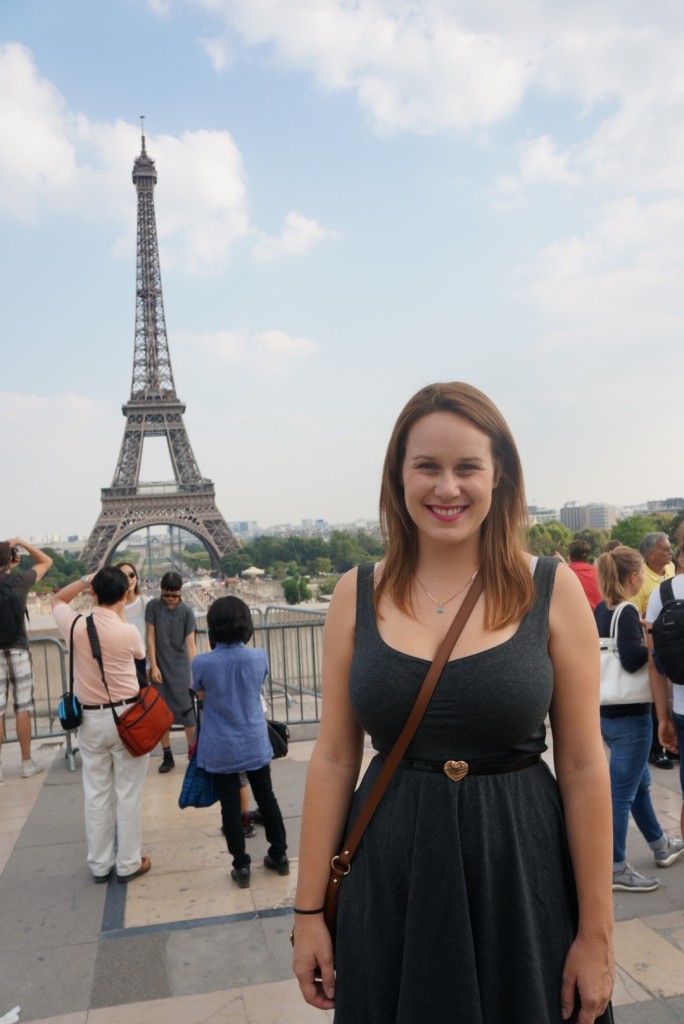 Be prepared to be in awe if this is your first sighting. The Eiffel Tower is more beautiful and powerful than any picture and it literally made me gasp to actually see it in real life.

From this plaza, walk down a path and cross the Seine to get to the tower entrance. Large crowds will likely await no matter what time you visit.

Walking around the base of the tower is a must. It is so big and detailed! 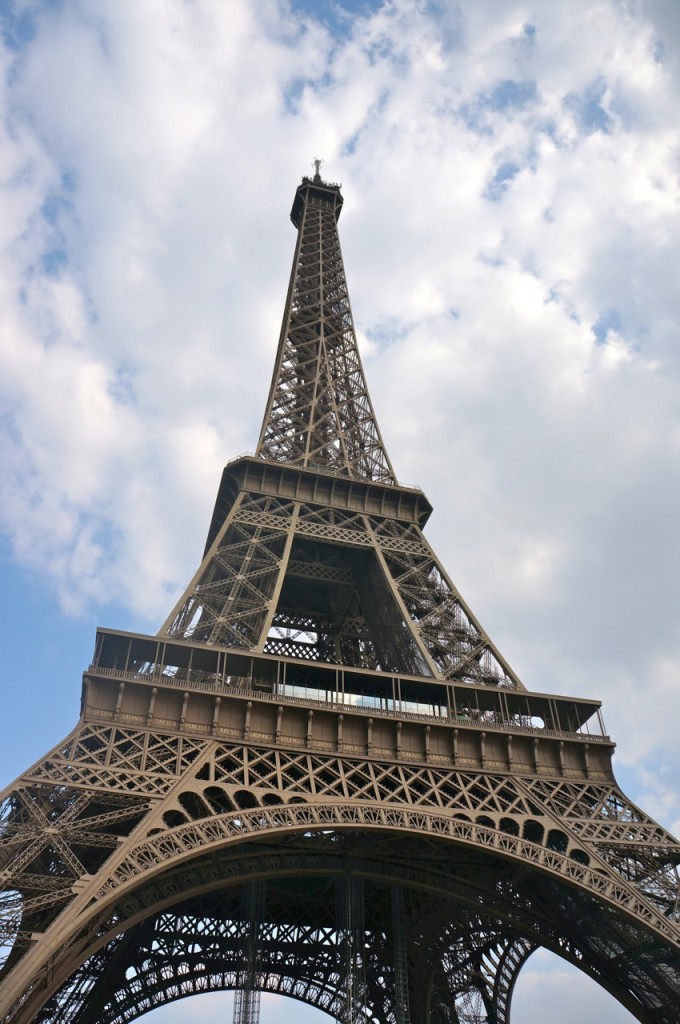 The Eiffel Tower has three levels. To go to the third level it is an extra fee. The views from the very top aren’t much better than the views from the second level, and if you do decide to ascend all the way be prepared for long wait times to descend. 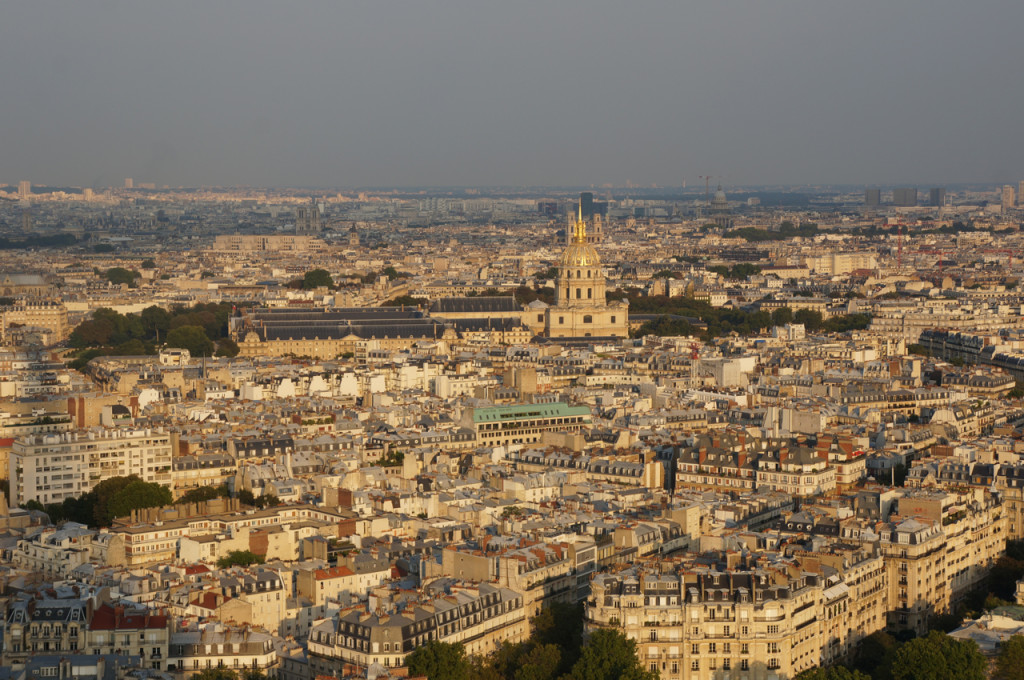 A good time to go up is just before sunset. This way you can see the views of the city during the day, watch a beautiful sunset over Paris, and glimpse the city of light from night as the tower lights up to illuminate the darkness. At night, every hour on the hour there is a sparkling effect on the tower which is an amazing sight to watch. 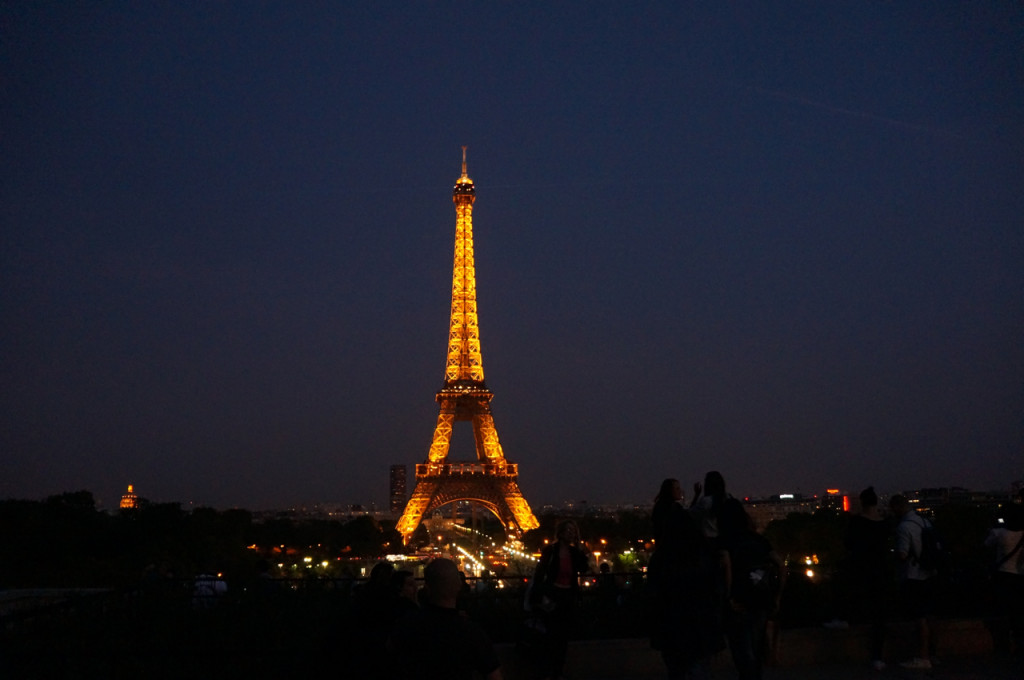