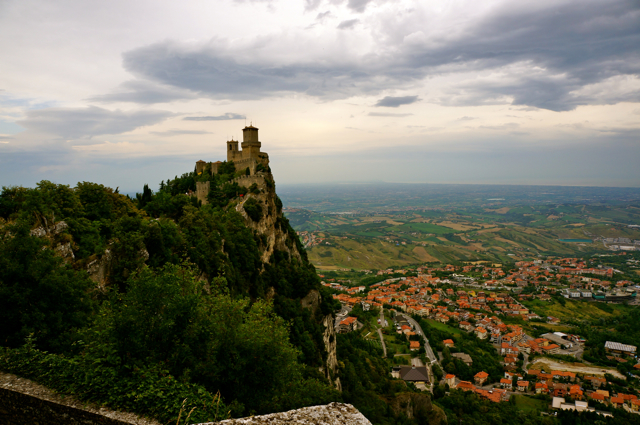 Amidst a sea of rolling countryside in northern Italy, the rocky slopes of Mount Titano jut skyward, interrupting the reiteration of grassland, a ship on an ocean of plains. Three medieval towers top the mountain’s summit, exuding formidable strength, even from a distance. 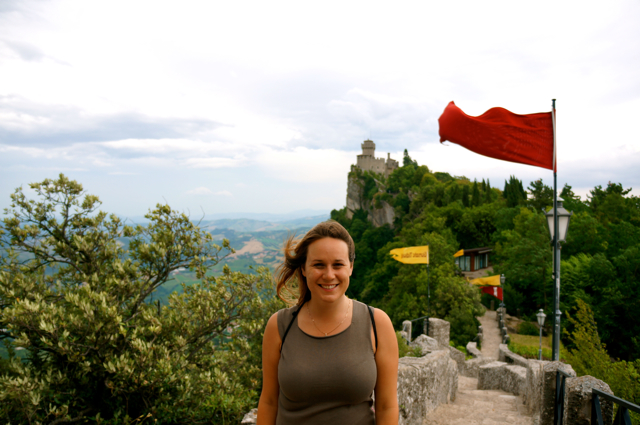 An ascent to the highest point of the towers is strenuous, rewarding the hearty and brave with a sweeping panorama. Steep cliffs lead downward, unclimable, untamable. Picturesque towns glance upward, smiling with twinkling lights. A curtain of defensive walls wraps around the mountain, marked only with slits just large enough for an arrow to pass through, a safeguard for the storybook town that lies inside. 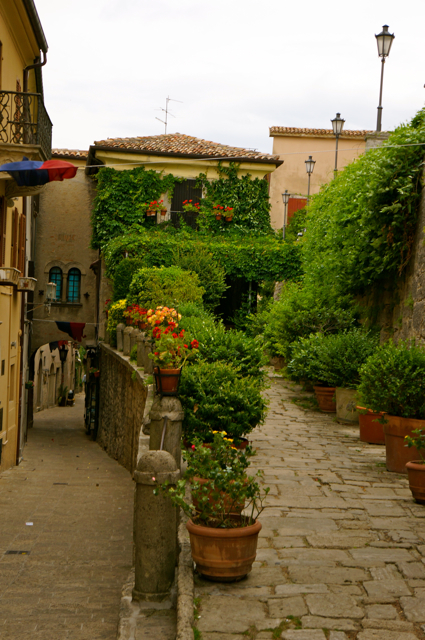 No. This is not Robin Hood starring Russell Crowe. It’s not the Princess Bride, the Sword and the Stone or even Monty Python and the Holy Grail. 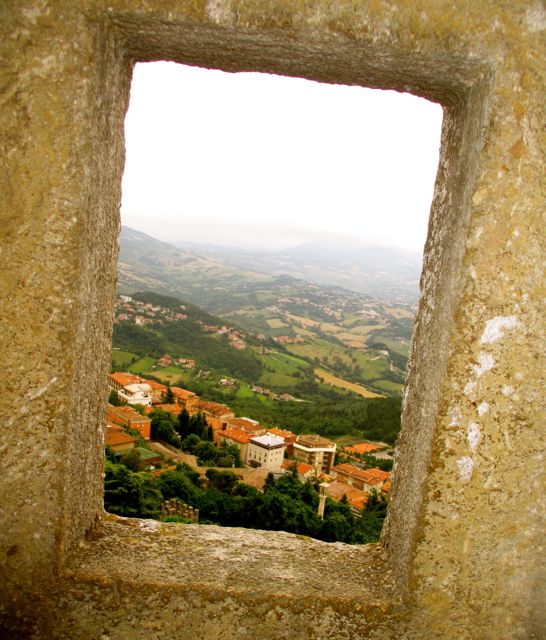 No. This is not a movie. There’s a place in the world like this that really exists, and this place is the Republic of San Marino. 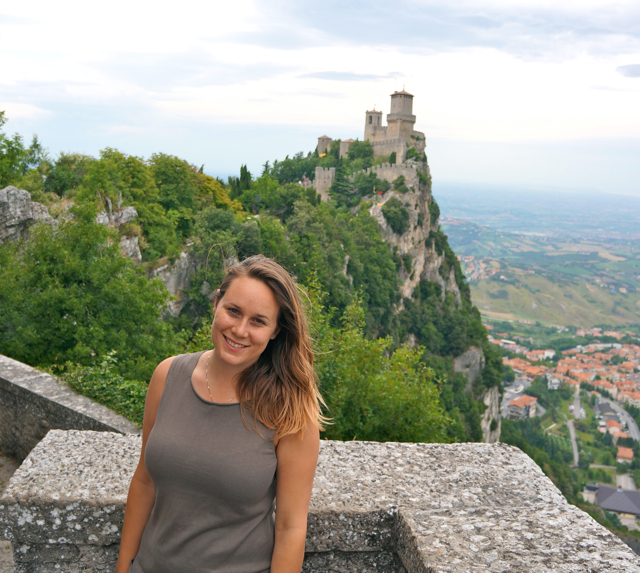 I have to be honest. The only reason I added San Marino to my travel itinerary for my final journey through Europe with Eurail last July was this: San Marino is another country and a visit would aid in my quest to set foot in 25 countries during my 25th year of life.

Yet of all the places I visited on that month-long trek through Europe, San Marino was the most satisfyingly surprising. I spent the majority of my quick visit with my mouth agape in wonder. 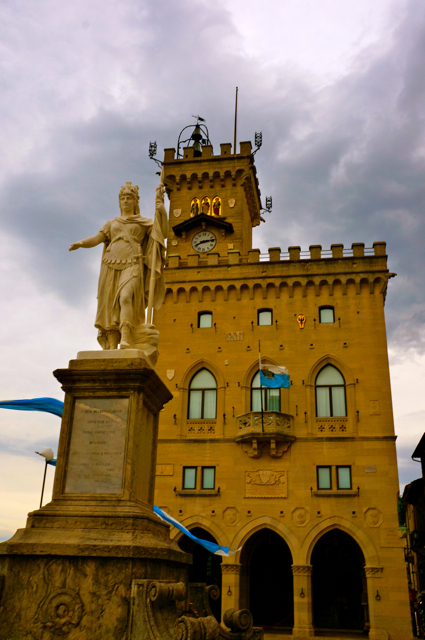 The fifth smallest country in the world, San Marino is also the world’s oldest republic, its origins documented as early as 885 A.D. Though there are several cities in the country’s nearly 24 square miles, the epicenter for historical interest and tourism is in the city of San Marino, including the medieval wall city. 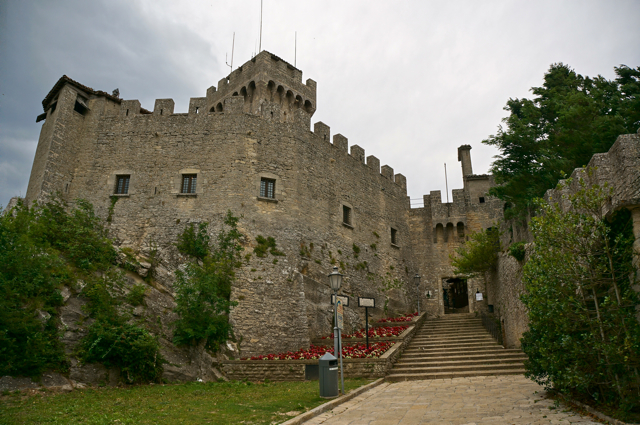 Situated on the western slopes of Mount Titano, this capital city is built on a slant that culminates at Mount Titano’s highest point. A walk through the walled city will redefine your understanding of medieval villages. I warn you – after visiting San Marino Fantasyland at Disneyland will never be the same, for this is the real deal. I’ve never been anywhere that is so fully and completely an immersion into the past as San Marino. 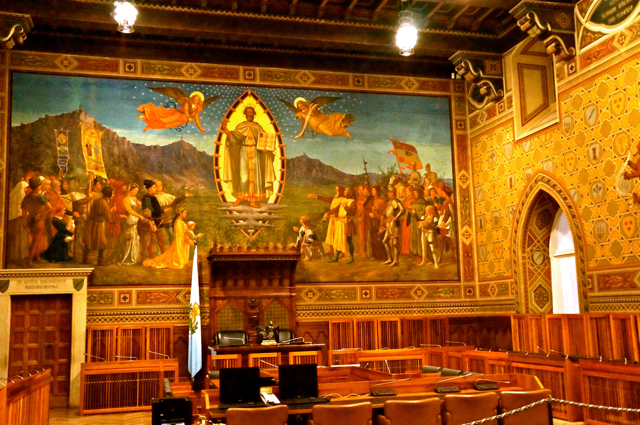 Seriously, Sleeping Beauty’s castle. You ain’t got nothing on the interior of the Palazzo Pubblico, or Public Palace, which serves as the official government building and site of official State ceremonies. 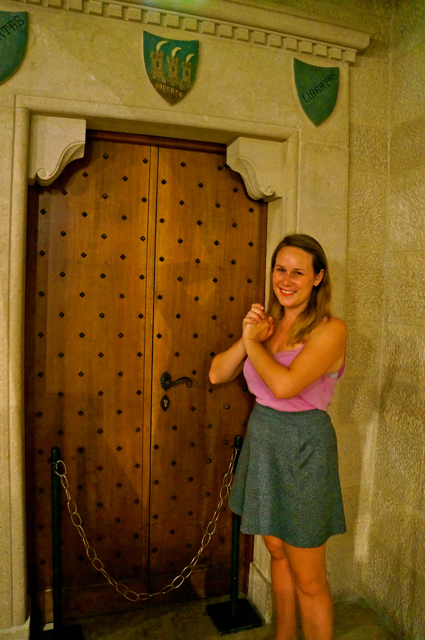 I was lucky enough to visit during Medieval Days, an annual festival that pumps the city full of a medieval atmosphere. 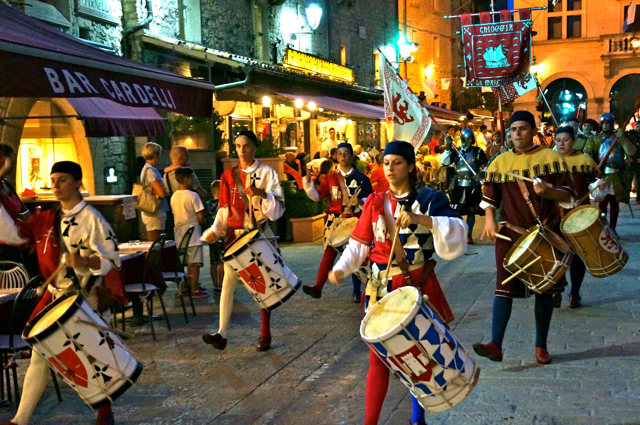 Archery competitions, theatrical performances and royal processions take place amid the backdrop of splendid architecture, making the immersion into the past even more complete. Medieval Days put every single Renaissance Faire you frequent to shame. 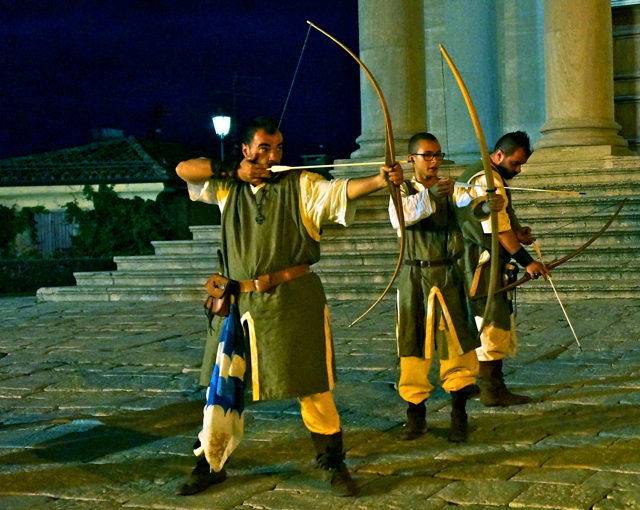 Ladies, I even got to meet a “medieval man.” Wink. Wink. 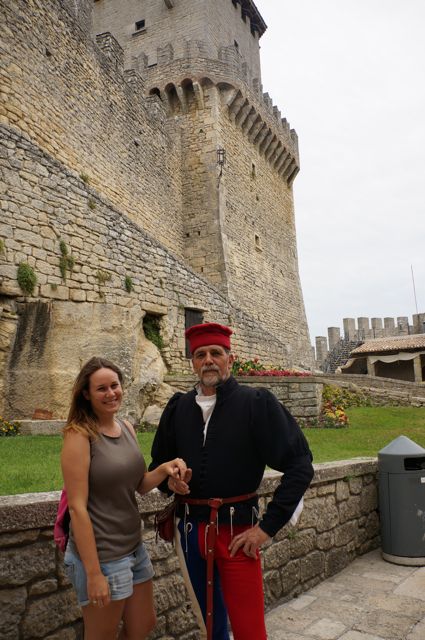 Streets are lined with quaint shops and restaurants, at a variety of price points.

No visit is complete without walking the grounds to Guaita, Cesta and Montale, the three famous towers of San Marino. La Rocca o Guaita is the most impressive (and famous of the towers). 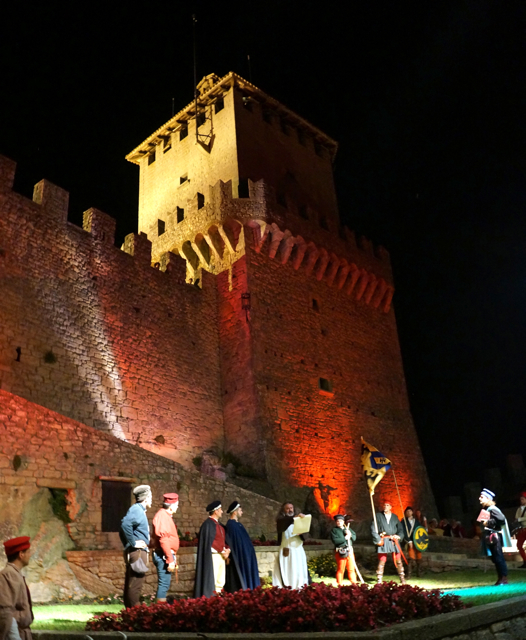 Another must-do while visiting San Marino is a ride down (or up) the mountainous terrain on the Cable Car. 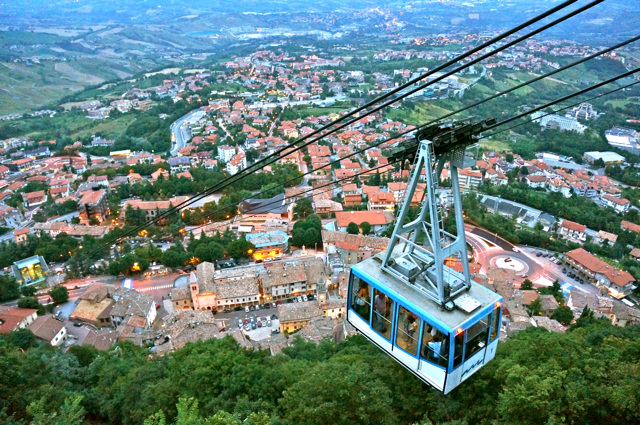 For more information on things to do in the Republic of San Marino, visit www.VisitSanMarino.com. But seriously, add this as a destination on your European or Italian itinerary. Now.

Where to Stay in San Marino

HotelsCombined offers the best rates on hotels world-wide. Find your hotel in San Marino Below.