Without a doubt, your celebrations will look much different this year than in the past as the coronavirus pandemic rages on and holiday gatherings are discouraged. I hope you are managing to find light in the darkness with new ways to celebrate. In these troubling times I find myself grateful for the years I spent abroad celebrating holidays away from home, life experiences that make the impact of not spending Thanksgiving with my family this year far less jarring.

As Thanksgiving arrives I wanted to make space to reflect on two central themes of the holiday – indigenous people and food – with stories from one of my favorite regions of the world, Australia’s Northern Territory.

I write these words from the unceded land of the Tongva people, the traditional land caretakers of Tovaangar, or the Los Angeles basin.

Increasingly in my professional life Zoom meetings begin with an indigenous land acknowledgement like the one above that recognizes the traditional land owners of a given location. It is estimated that 10 million Native Americans lived in North America before the arrival of Europeans and land acknowledgements are becoming more and more prevalent as a way to honor this history. If you’re curious to learn what native people are the traditional stewards of your home town, Native Land Digital has an excellent map resource.

Though I’ve only recently heard of such practices incorporated into meetings in the United States, I first learned of indigenous land acknowledgements ten years ago while studying abroad in Australia. Australia has a much longer tradition of Welcome to Country, a ceremony by Aboriginal people welcoming non-indigenous people to the land they have cared for throughout the centuries. 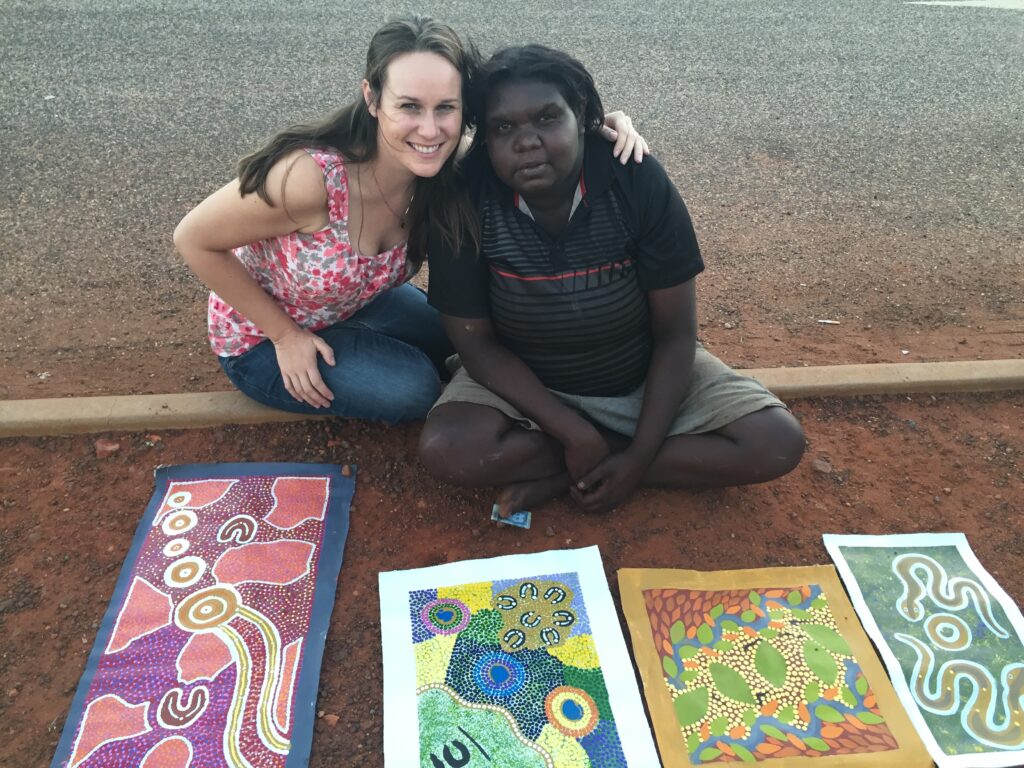 The Aboriginal People of Australia’s Outback

Aboriginal Australians are the world’s oldest living culture, having lived continuously on the content for an estimated 40,000 to 60,000 years. Prior to European arrival, the vast land mass (which is roughly the same size as the United States), was home to roughly 500 groups with diverse languages and traditions. Like the vast majority of indigenous cultures around the world, European colonization of the continent brought deep devastation, death and suffering to Australia’s native people. Today many scars and trauma remain.

Aboriginal groups are found throughout the country, but in modern times nowhere is the land more closely associated with its indigenous people than the Australian Outback, home to Uluru, or Ayers Rock. Yes, you may have seen Uluru featured on Season 4 of The Crown. Prince Charles and Princess Diana visited the famous rock on their Royal Tour of Australia in 1983.

The Australian Outback is easily one of my favorite places on the planet. Here the ground is a vibrant red, the sky a brilliant blue and the earth pulsates with energy. It’s also an amazing place to get a glimpse of Aboriginal culture with a number of unique learning experiences found in the destination. 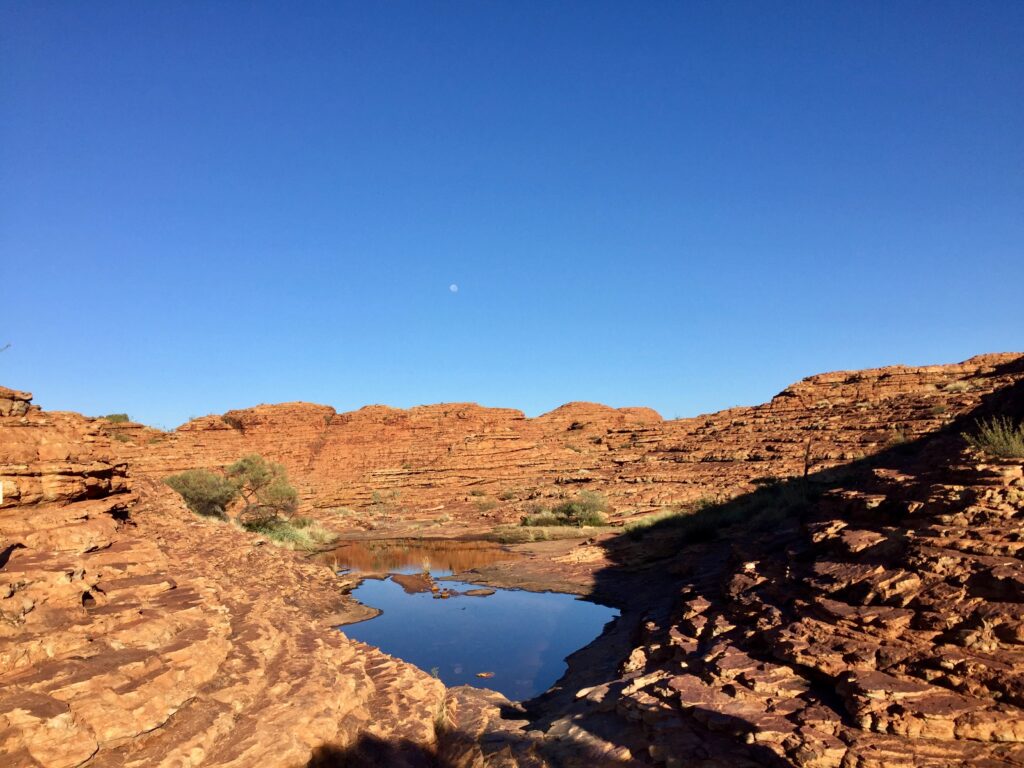 The Luritja People of Kings Canyon

The size of Australia’s Northern Territory is not to be underestimated. Stretching over 520,000 square miles, the vast region is more than six times the size of the entire United Kingdom. It takes six hours by car to travel from Alice Springs, one of the larger towns and tourist hubs, to Uluru, and 15 hours to Darwin, the territory’s capital on the northern coast. Apart from the distance, the scarcity of humanity is notable — there’s not much in this corner of the globe that distracts the eye from rolling landscapes of rocky red.

Being such a large area, the Northern Territory is home to several native groups. On one of my last visits to Australia I had the opportunity to spend time learning about the Luritja people, traditional custodians of the region near “Watarrka,” known by its European name Kings Canyon. Though lesser known than Uluru, Kings Canyon is not to be missed. The sprawling canyon is now a national park with miles of hiking trails and natural swimming holes. 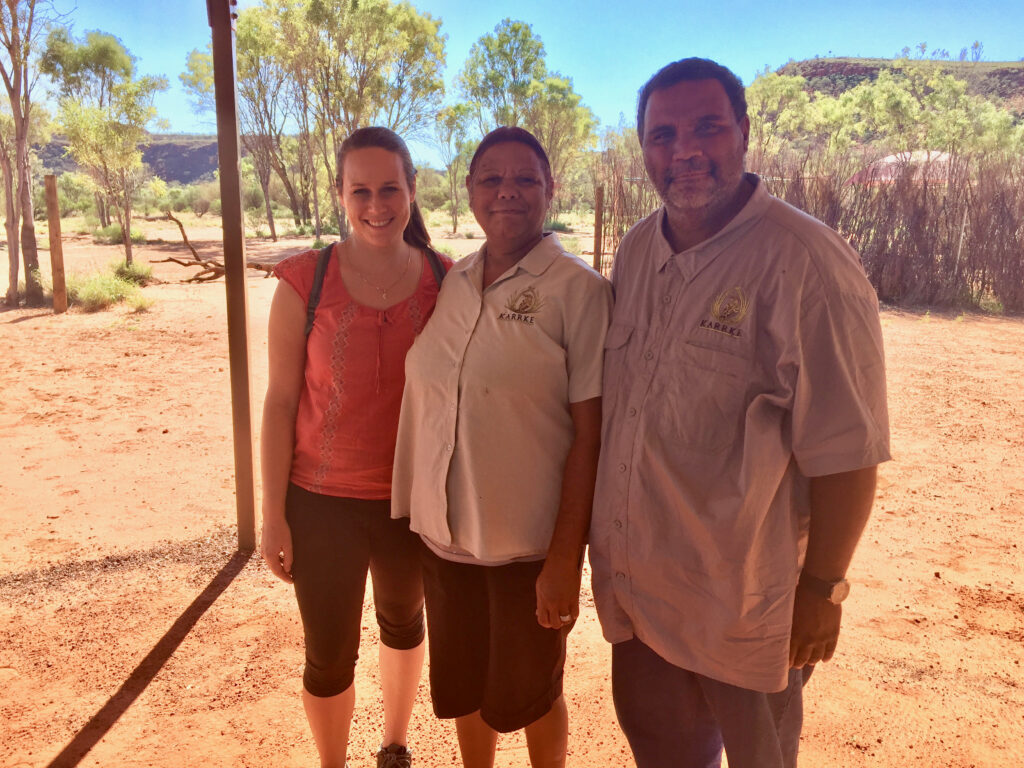 In my travels and life I’ve always firmly maintained the belief that it is people who make journeys the most worthwhile and that there’s no better way to learn about a place than through the eyes of those who live there and are connected to the land.

It can be difficult however, to find such ways to connect with local people and customs on ones own. I’m grateful for places like Karrke Aboriginal Culture Experience that make it easy for travelers to have meaningful and authentic hands-on-experiences. This cultural tour, set on the ancestral land of an Aboriginal family near Kings Canyon National Park, provides a rare window into aboriginal customs, both modern and ancient.

The culture tour is owned and oper­at­ed by Chris­tine Bread­en and Peter Abbott who live on their ancestor’s land with their children. They started the venture “to pre­serve and main­tain our Lurit­ja and Per­tame (South­ern Aran­da) lan­guage, cul­tur­al knowl­edge and her­itage for the future of our younger gen­er­a­tions to nev­er for­get their culture,” writes Peter on the official website.

On the one-hour tour of their homestead, Christine and Peter share traditions of “the bush” (Australian Outback), giving insight not only into how their ancestors lived and thrived off this remote desert landscape, but also how they incorporate these traditions into a modern life. My time with this family was extremely hands-on and interactive, giving a depth to my time in the Outback that has stayed with me all these years. 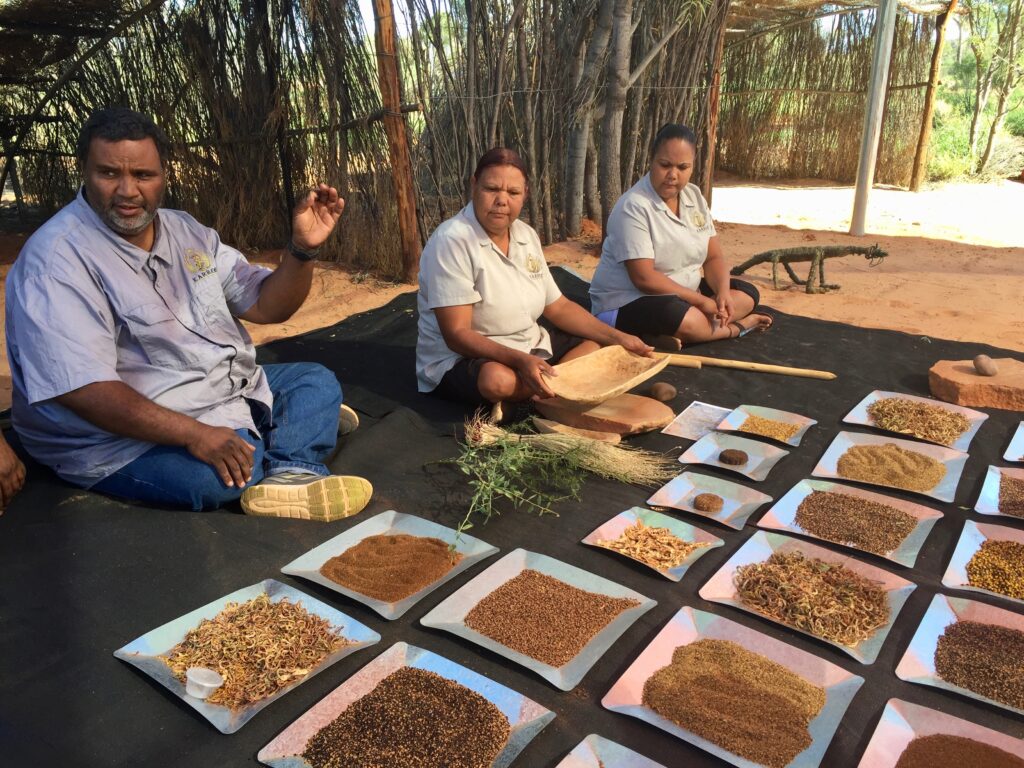 Food is a central part of all cultures, after all it is food that keeps us alive.

To the untrained eye, the vast and unfilled landscape of the Australian Outback looks void of life. It can be difficult to imagine how one would survive a day alone in the harsh, remote conditions and heat. And yet, for tens of thousands of years Aboriginal groups mastered the nuances of the land and survived off its offerings for centuries.

In recent years indigenous foods of Australia, known as “bush tucker,” are receiving renewed attention in the culinary world. Voyagers Ayers Rock Resort offers a luxury dining experience under the stars near Uluru that focuses on bush tucker and a few Aboriginal chefs such as Mark Olive have reached celebrity status, shining the light on traditional ingredients that have been part of the continent’s culinary palate through the ages.

At Karrke, not only do visitors get a taste of some of these ingredients, they also get to explore their origins – walking with Christina and Peter to see the plants where seeds come from, rocks where insects hide and learn of the grinding techniques used to make spices and spear hunting methods to catch kangaroo.

Here’s a look at some of the most prominent Australian indigenous foods:

Yes, kangaroos may be cute, but they are also edible, providing a much needed source of protein in the remote outback. Wild turkeys, emus, lizards and snakes are other native animals aboriginal men hunted with spears or boomerangs.

Insects and grubs provide another needed source of protein. Ants and grubs such as the Whitchetty grub (pictured above) are commonly eaten and proven to aid the immune system. At Karrke visitors have the opportunity to try a grub for themselves.

There’s more than 400 plant species in the Australian Outback and some are edible providing nutrients and minerals through fruit or berries. The red quandong fruit is one of the most prominent in the region.

Like many cultures throughout the world, Aboriginal Australians used native spices to flavor food and as medicine. Common spices found in the Australian Outback include lemon iron bark and native basil.

Seeds stain life. Mulga seeds, Wattle seeds and Bunya nut are common seeds that can be eaten after soaking to remove toxins or in cooked seed cakes.

As our Thanksgiving traditions are upended by the coronavirus pandemic it can be a good time to reflect on the indigenous foods that helped people survive on the lands we call home. After all, historical inacuraccies and atrocities aside, many of the ingredients that have become staples of the holiday are indigenous including corn, cranberries and squash. Below find more resources for indigenous foods and recipes from across the globe. 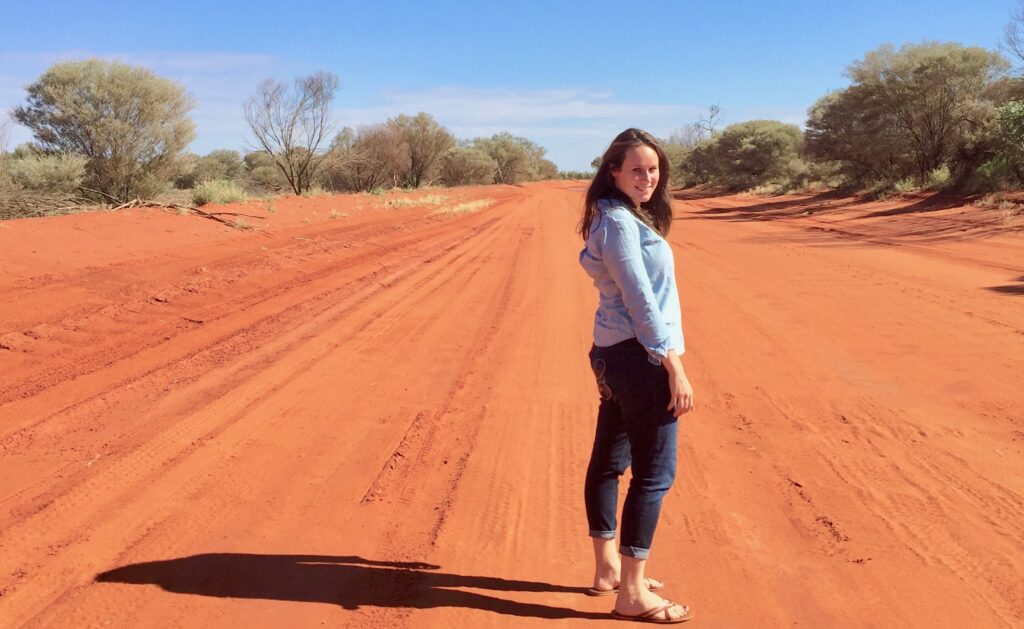 All Posts »
PrevPreviousWhere the Gods Were Born: Ascending the Pyramids of Teotihuacán
NextRainy Days in Paris: Reflections on One Year Without TravelNext