Too Pretty for Halloween in Spain 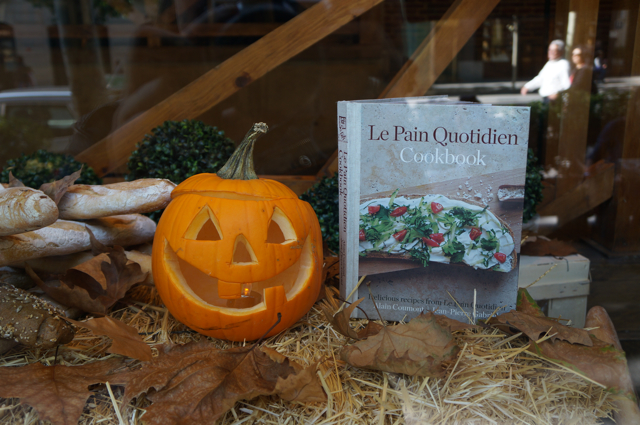 “You’re too pretty for Halloween.”

This is what student after student and teacher after teacher told me as I graced the halls of the Spanish Elementary School where I work, clad in my Snow White costume to celebrate Halloween in Spain, one of my favorite holidays. 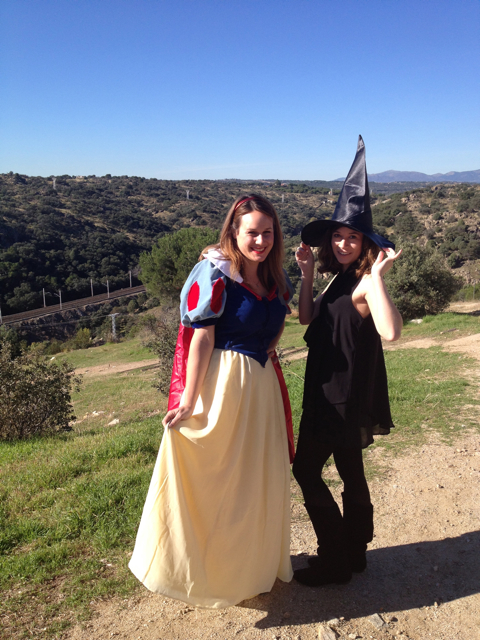 “Blanca Nieves?” the alumnos questioned in Spanish, “this is not Halloween, this is Carnival.”

So apparently I can add Halloween to the list of things I suck at in Spain. Whereas my Disney princess costumes have been a perfect fit for this holiday in America the past several years, it seems Spain has a different notion of Halloween. Here the day is meant to be full of fright and costumes must only reflect blood, guts, death and the underworld. Only during Carnival, a holiday before Lent marked by wild parties and crazy costumes, would such a non-gory costume be deemed appropriate.

American schools may be littered with children dressed as princesses, firemen, superheroes and Miley Cyrus, in Spain the options are more limited. Girls are witches or vampires and boys are grim reapers, skeletons or Dracula.

I wanted to point out to my Spanish niños that they couldn’t question my concept of Halloween because it was my country that commercialized the holiday and made it what it is today.

Most Spaniards hadn’t even heard of Halloween until around ten years ago when there was a rise in bilingual schools and British and American teachers shared the holiday with students. 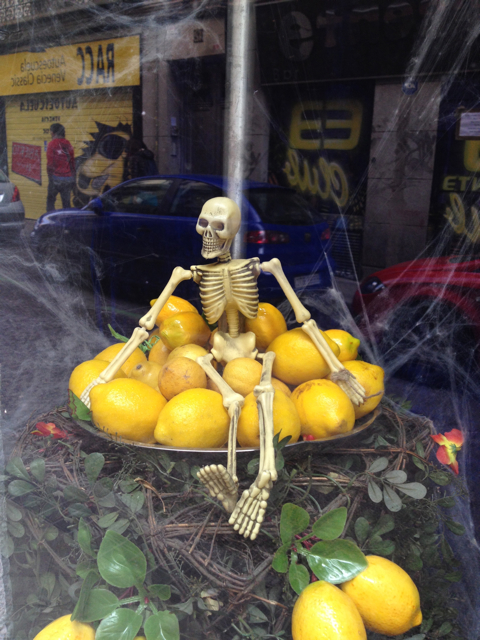 American commercialism has hit Madrid and today the holiday is a part of window displays and special merchandise in stores. Halloween is widely celebrated in Spanish schools and some children trick-or-treat. Just as in the United States adults have caught on to the trend too, and the gatos come out at night in full creepy form to many themed events at bars and clubs. 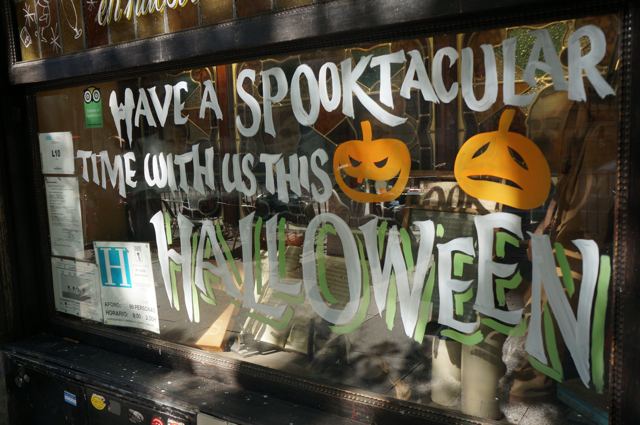 Jack O’ Lanterns are popular in store fronts, but pumpkins can be hard to find for sale, so I carved a squash instead. 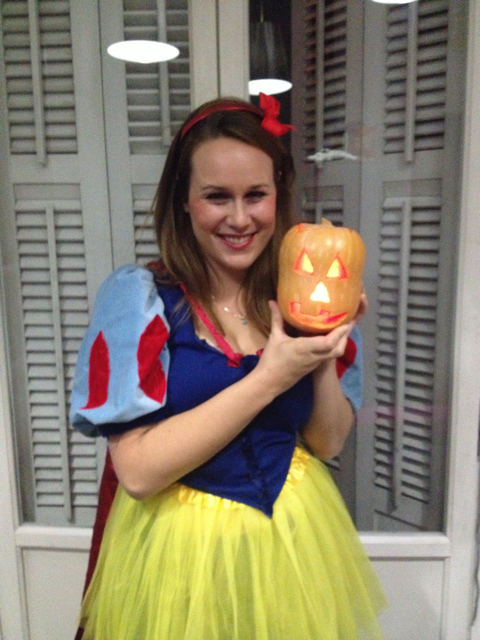 I stayed true to my Snow White disguise, but if I find myself celebrating Halloween in Spain again, I’d be better off going as the evil queen.