Reflecting on Personal Heritage During a Family Trip to Montréal 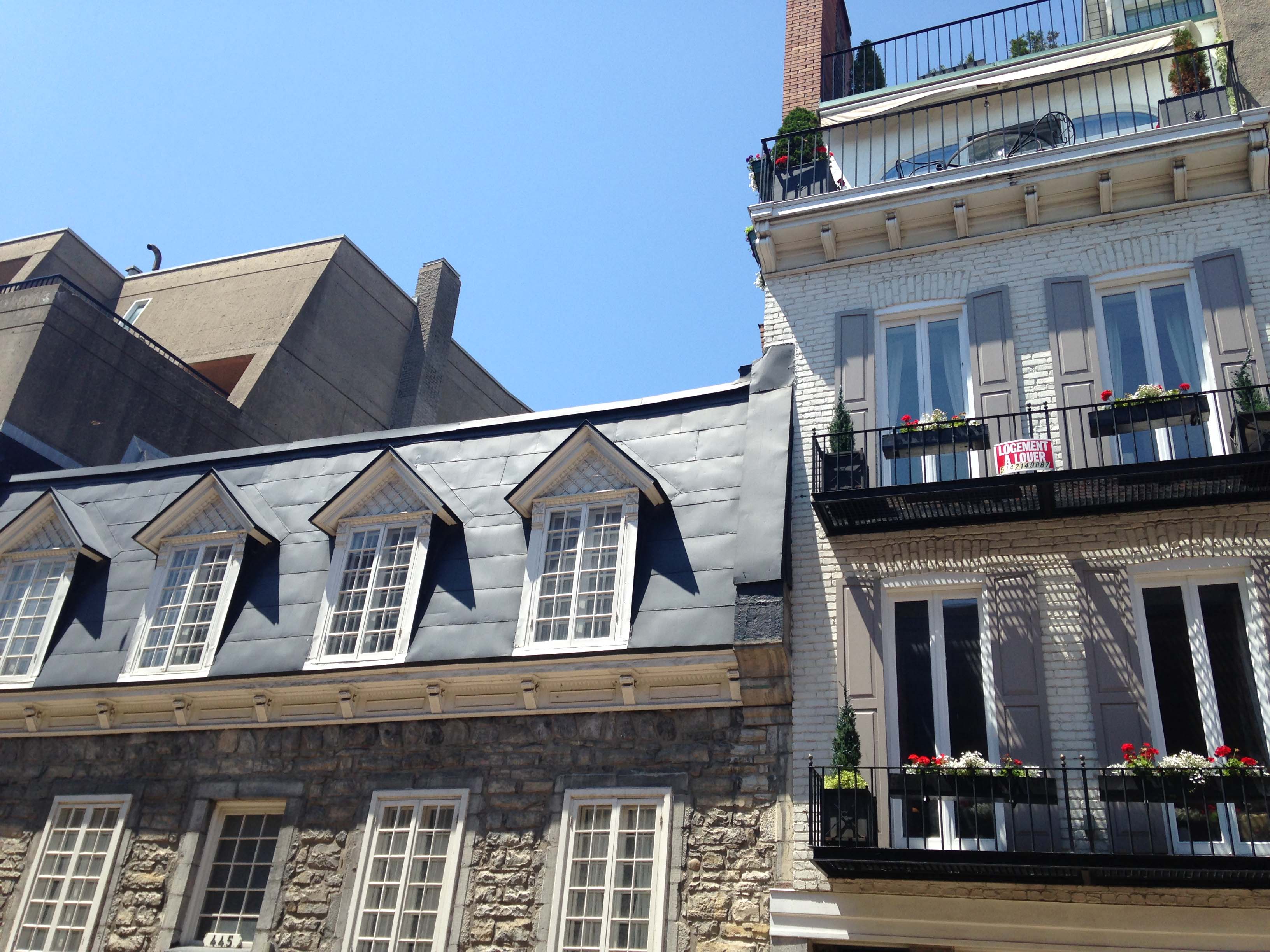 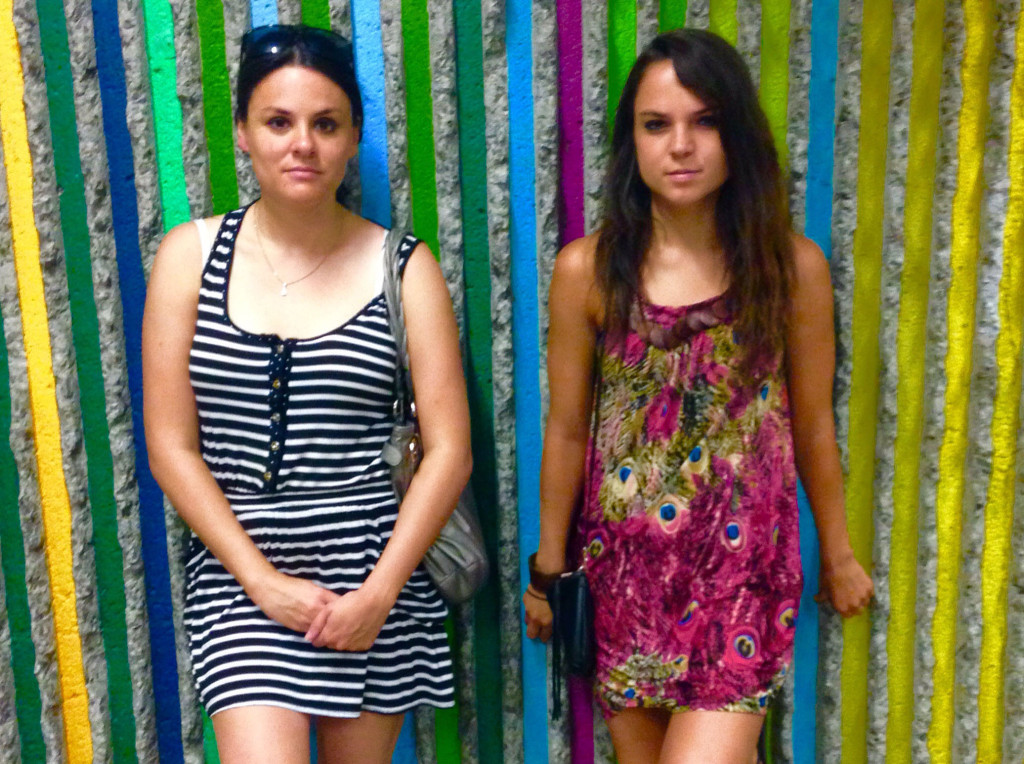 Note: The following is a guest post from Michelle Philippon

“Philip—Philip-pee-on?  Philippines? Oh, Philippon, you say?  How do you spell that again? Wow, that’s an interesting name. Where’s it from?”

This is a common refrain I’ve heard all my life—something I find a bit odd because I don’t think my last name is really all that hard to spell or pronounce when compared with other surnames.  It’s a leftover from my French Canadian ancestors, from generations of Marie-Mathildes, Marie-Emelies, Joseph Alphonses and Joseph Pierres who braved the freezing Québécois winters for hundreds of years before migrating down to the United States to work in New England mills at the turn of the 20th Century. 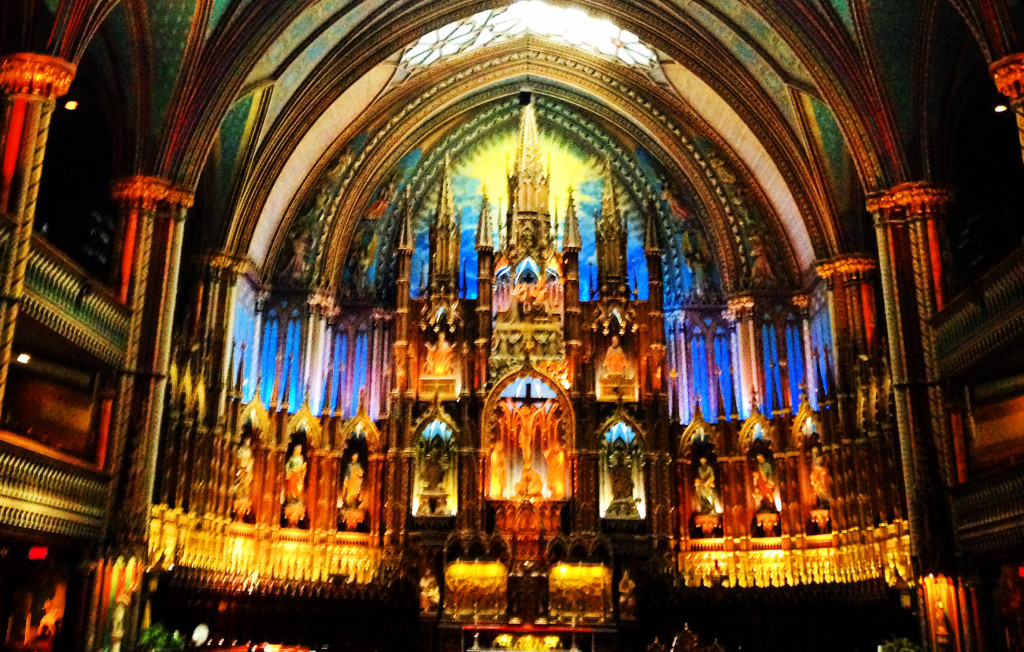 I’d always wanted to go to Quebec, not only because of my family heritage and bequeathed impossible-to-spell-or-pronounce last name, but because of the magical Europe-in-North-America vision I’d constructed in my mind after hearing my mother fawn about her vacations to Quebec. 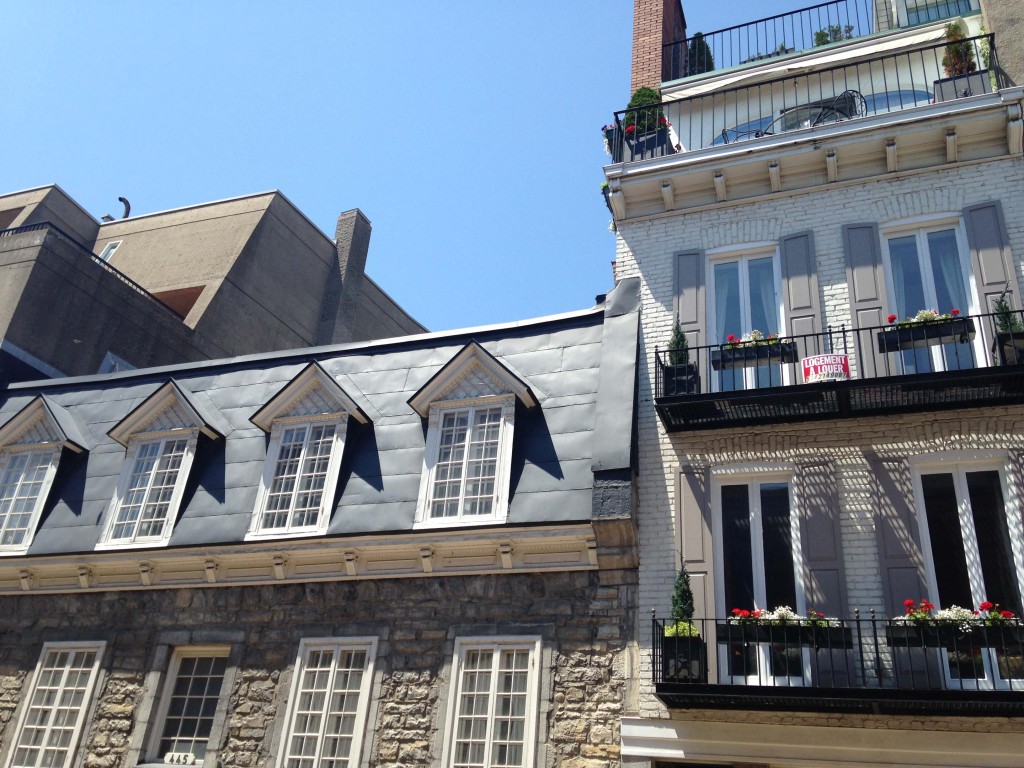 “Oh, Michelle,” she repeatedly told me, “you would love it.  It feels just like France.”

So when I had the opportunity to go on a family trip to Montréal last summer, you can just imagine how excited I was.

I suppose what first struck me by Quebec was how much it reminded me of New York City.  My family and I ventured our first night to the neighborhood near UQAM, the Université du Québec à Montréal, and walked down under a light drizzle past restaurants of all types, chic bars, and coffee shops. I felt as if I’d wandered back to Greenwich Village. 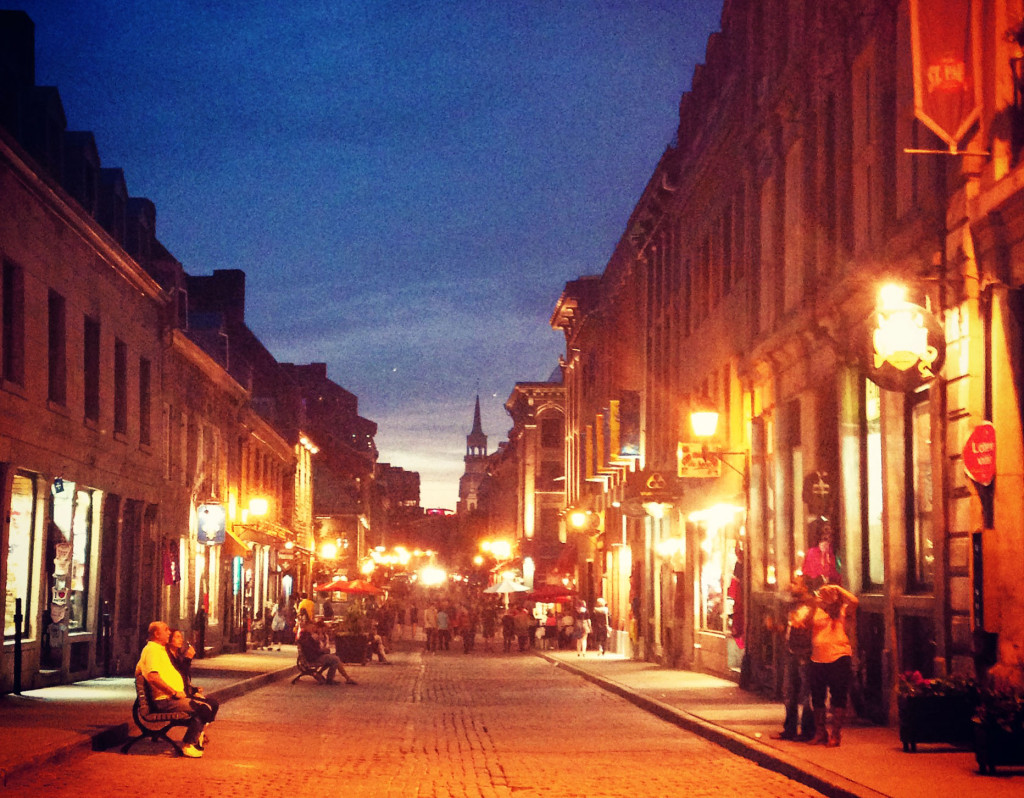 Then it also felt like I was back in Europe.  Everywhere, all around us, was a foreign language, the crowd multicultural, stylish and urban, made up of Québécois and expats from Francophone countries.  When I went to the grocery store, I was surprised to come across candy I hadn’t seen since I was abroad.

Where, When, How and all that Jazz: My Trip to Montréal 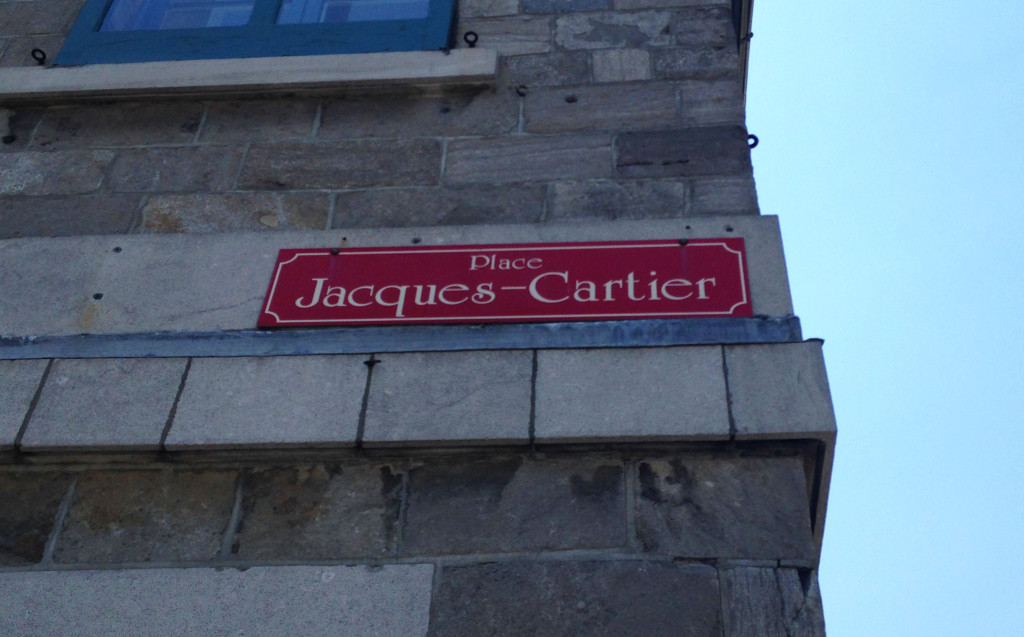 Our first day, while my dad and my sister went to the Women’s World Cup, my mom and I got off the Metro and walked all the way down Rue du Barri, along the bike path, to Vieux Montréal—old Montréal. This was when I understood why my mom had said that Quebec reminded her of France. Vieux Montréal was full of narrow streets, sagging old brick buildings and the sound of the port. Families sat outside drinking wine and coffee, eating ice cream and poutine. Even the signs had the same front as those I’d seen in France. I felt a bit like Belle, remembering past trips to Paris and Provence.

We visited the Notre-Dame Basilica de Montréal, one of the city’s crowing jewels, built where the city’s first chapel was constructed in the 1600s. Under the Gothic Revival dome, through the kaleidoscope of blue and gold, we sat for a moment, just looking at everything, pondering those who had been there before. 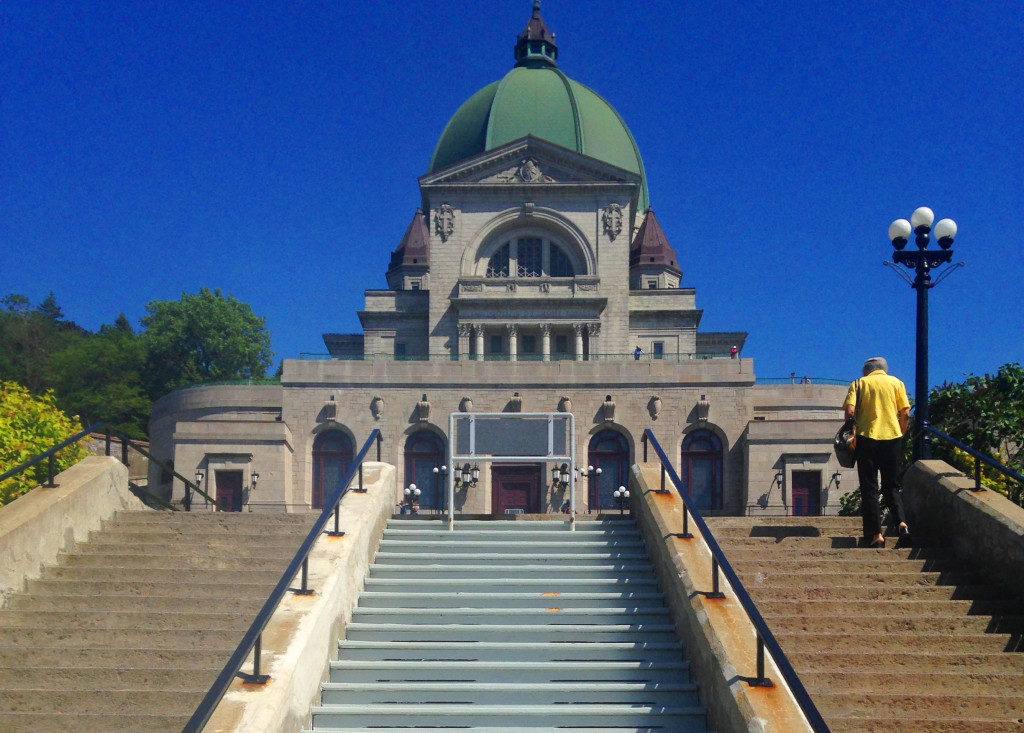 We passed by the impressive Hôtel de Ville—the city hall, by monuments and statues of famous people from years past, many of whom I’d never heard of before.

But it wasn’t all New France, of course. The currency and English accents were Canadian. We ran into maple syrup-infused foods of all kinds from various artisans. Red Canadian flags fluttered in the breeze. 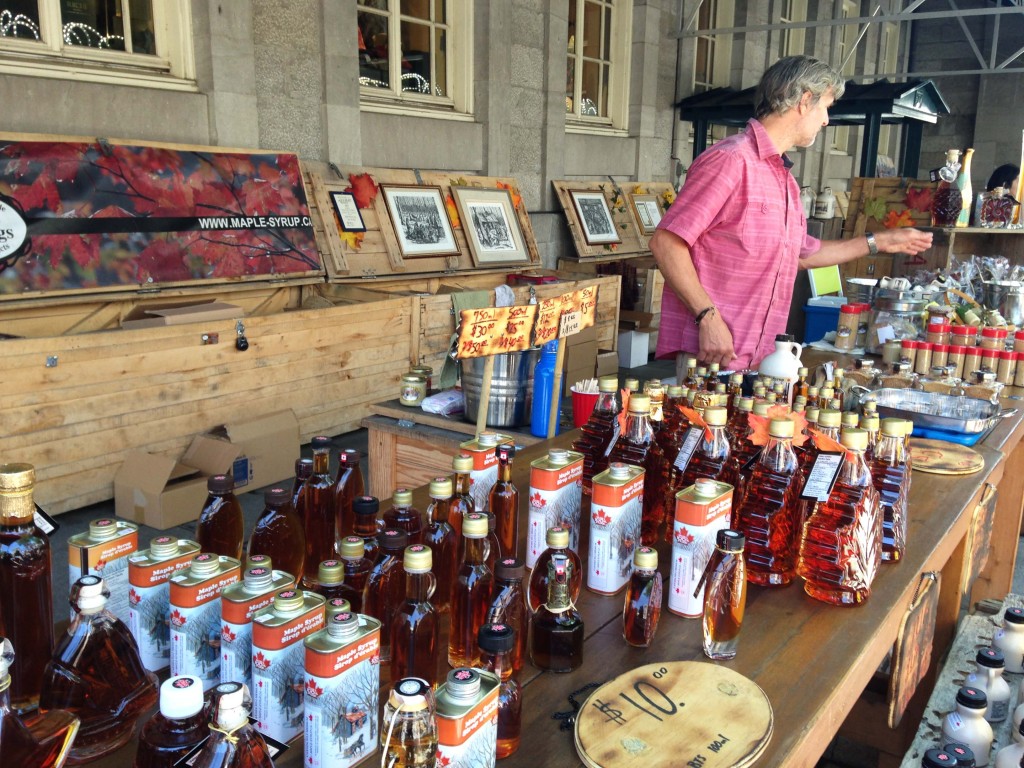 We also visited the Vieux Port—the old port—bought ice cream, and sat on the grass and just relaxed.

Afterwards, we explored the Île Sainte-Hélène, a small island in the St. Laurence River near the big island of Montréal.  It was named after Samuel de Champlain’s wife, Hélène, and is now home to an amusement park, an aquatic complex, and a museum called the Biosphere. 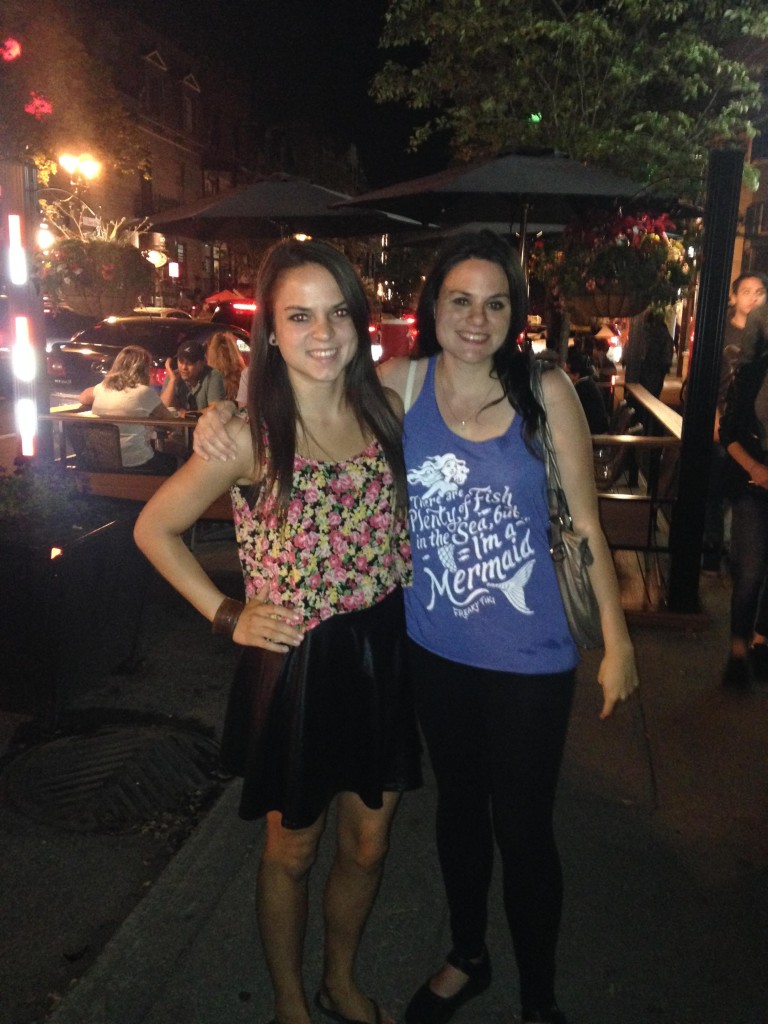 That evening, my sister and I went to Rue St-Denis, known as the city shopping district, and visited Le Village, the hipster gay area of the city.  We had margaritas as big as our heads, chatted about city life with the multilingual waitress (wherein I, finally able to prove I was not your typical monolingual American, babbled nonsensically in Spanish), and enjoyed the warm summer night.

The next day, the whole family and I climbed the city’s namesake, Mont-Royal. This was not an easy feat, but certainly a worthwhile one.  We also walked through Le Plateau-Mont-Royal, a neighborhood found right at the base of the mountain. This was, by far, my favorite part of the city.  It had the Greenwich Village feel of the neighborhood near UQAM but only more so: local markets, breweries, organic food stores, record shops, French cafes. The European flavor was also just as strong: a mix of New York, Paris, and Madrid, if you will.

I loved this neighborhood so much that I dragged my mother back there the next day. We watched one of the World Cup games in a Venezuelan restaurant, eating arepas and drinking agua de tamarindo—tamarind juice. 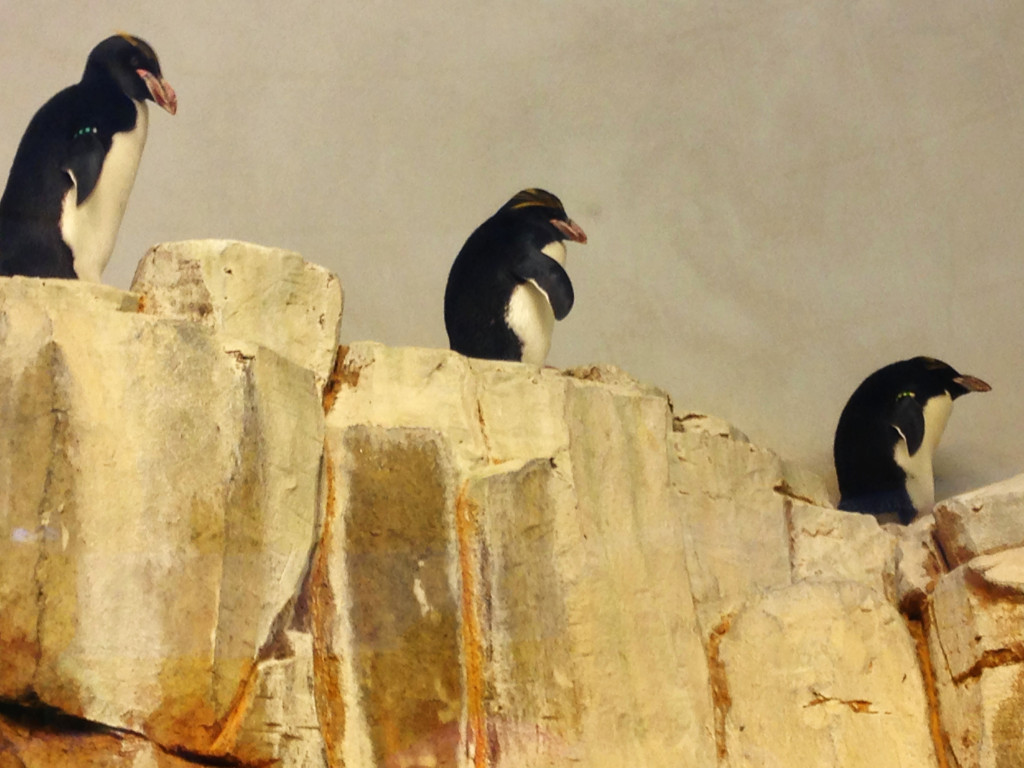 Due to the pouring rain the following day, we went looking for somewhere indoors: the Biôdome de Montréal, an indoor zoo. My favorite parts were seeing two penguins hold hands and watching ducks dive down under water and swim to the surface. When they did, it would be sudden, a rocket-like motion of bubbles and glittering foam. 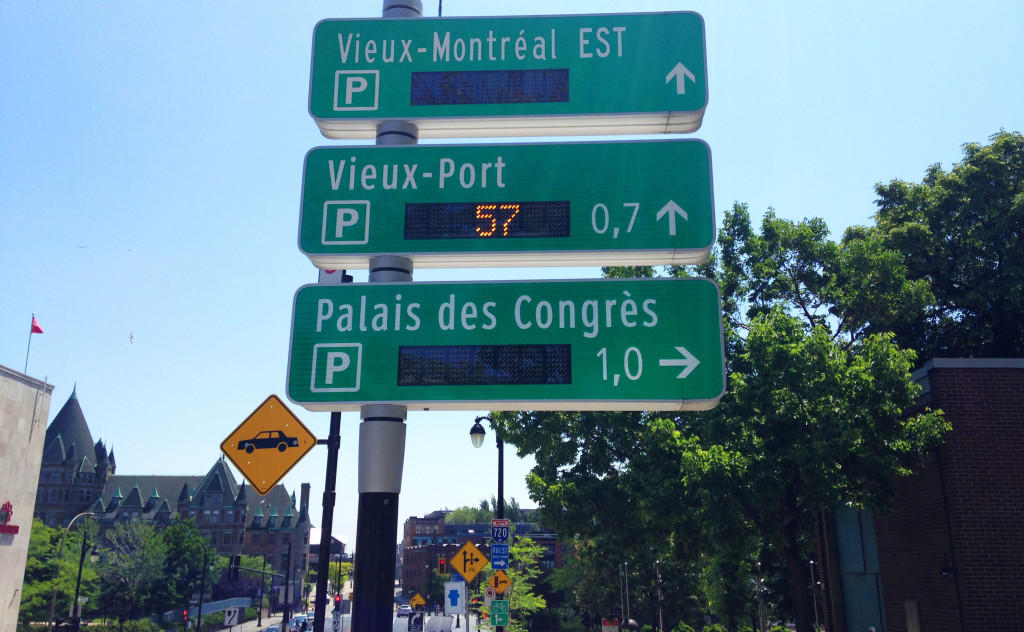 The last main tourist spot I visited on my trip to Montreal was Saint-Joseph’s Oratory of Mount-Royal (or L’Oratoire Saint-Joseph as it is known in French).  Built as a shrine to Saint Brother André, a canonized Québécois priest, the oratory overlooks the city as well, and its dome is often seen in the background in Le Plateau.

Thoughts on Ending my Trip to Montréal 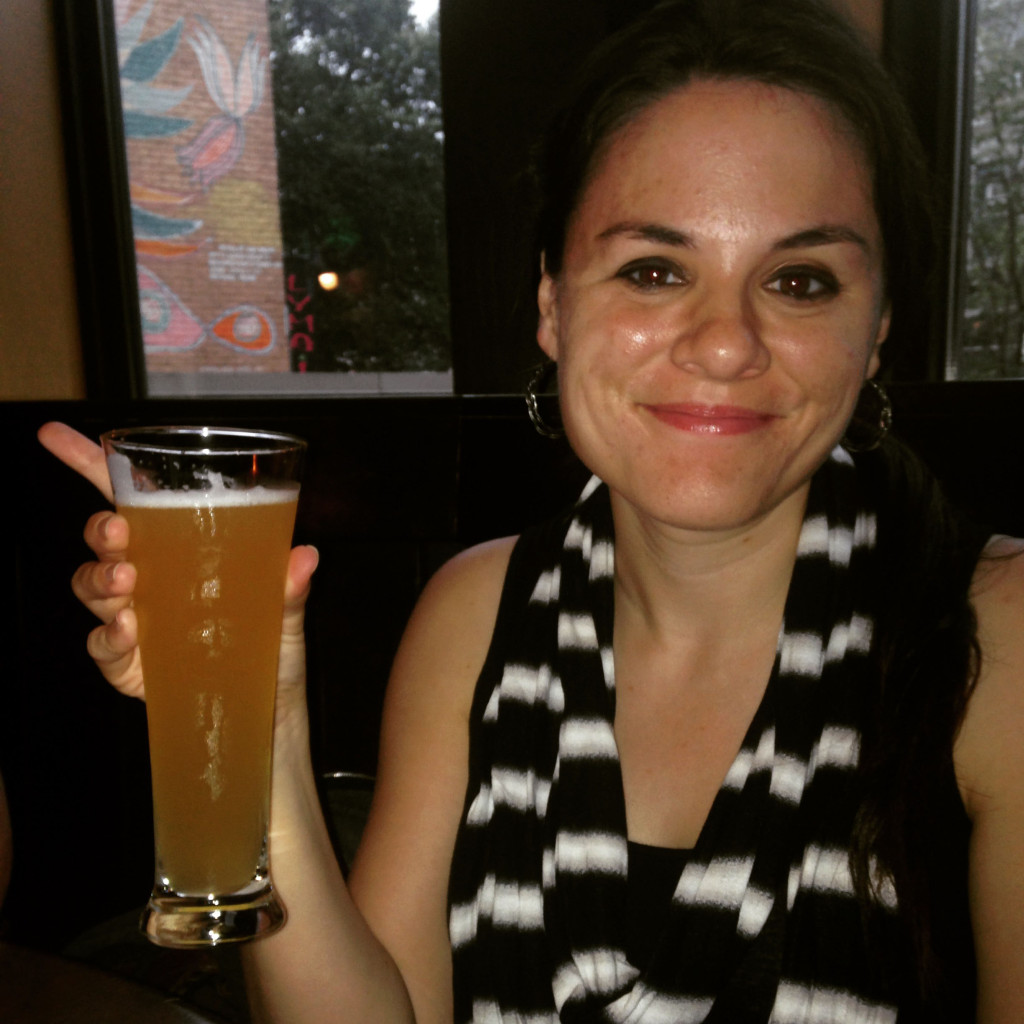 I fell in love with Montréal, Quebec, and Canada in general. Besides a quick trip to the Canadian side of Niagara Falls when I was 19, I hadn’t really been to our neighbor to the north and quickly regretted it.  My entire week there, I consumed the history not only of Quebec, but of Canada.  I had a sudden longing to go places I’d never really thought of before—Alberta, Nova Scotia, Newfoundland.  Being surrounded by another language besides English was also thrilling again—that feeling of otherness, of anonymity I’d sorely missed.

In short: I’ll definitely go back, and I can’t wait to do so.

All Posts »
PrevPreviousFarewell to Costa Rica, Hello to South America!
Next6 Things You Need to Know Before Visiting Rio CelesteNext