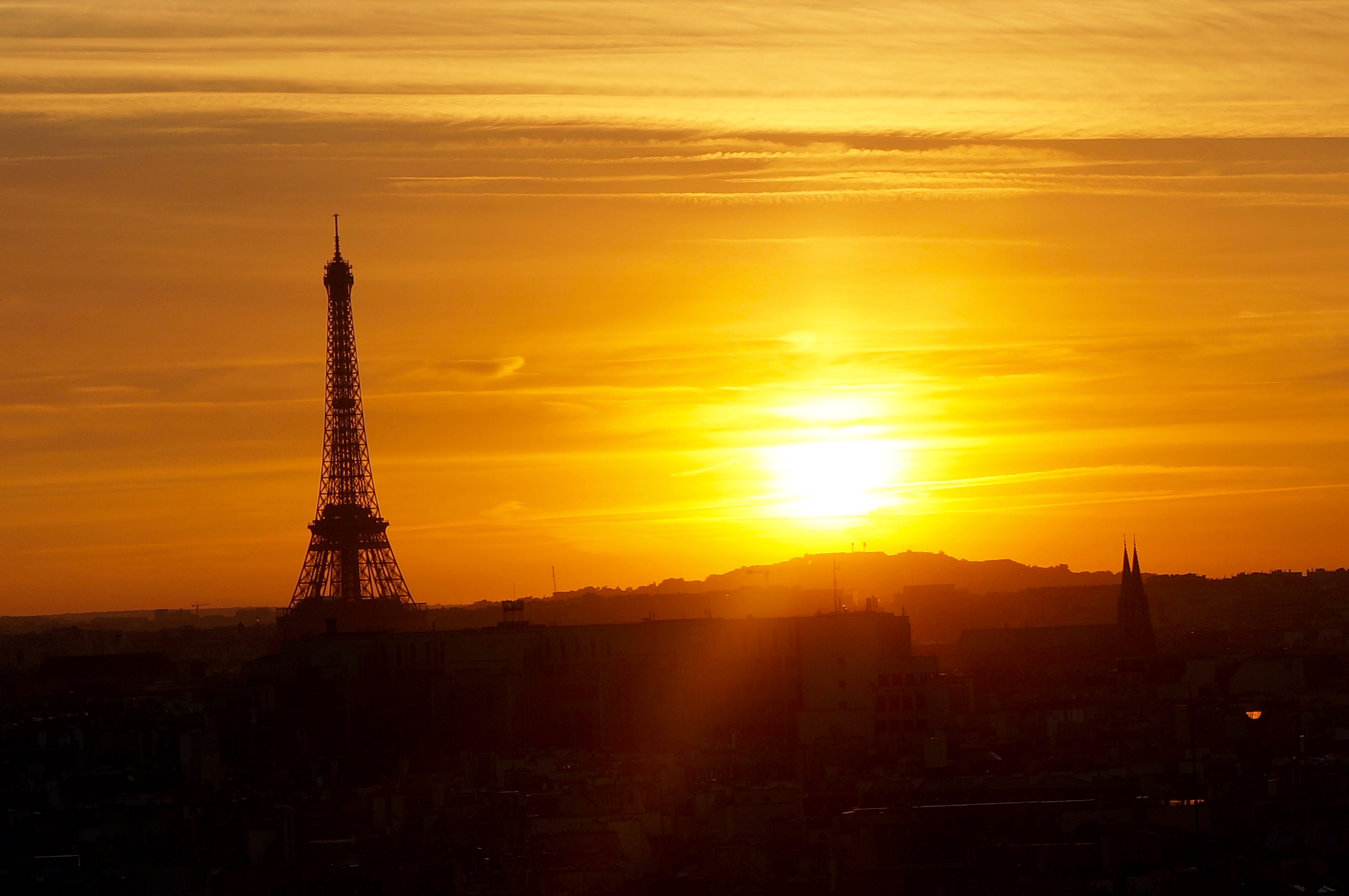 “…no one is born a great cook, one learns by doing.”

–Julia Child, My Life in France

Living in the rainforest of Costa Rica, life moves at a slower pace, which means I’ve had more time to spend writing and reading. In fact, in the 16-months I’ve been here I’ve read nearly 30 books. While this may not impress my university literature professor who told me good writers read a book a week, this is significantly more than I read while living in Europe (I think I read about three books there that were not guidebooks) and even Florida.

One of the books I recently read was My Life in France by Julia Child. I got my first introduction to Julia Child when I was eleven years old and I went to the National Museum of American History in Washington D.C. with my family. The Smithsonian has the kitchen set that the famous chef used on her television show. 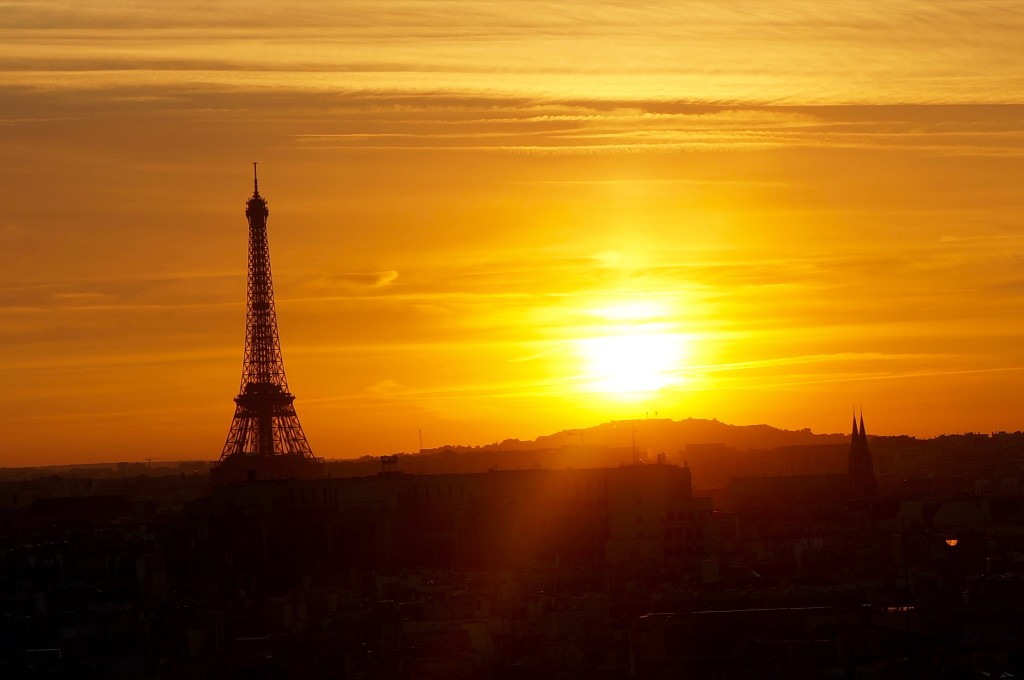 Learning about Julia Child while reading My Life in France inspired me greatly. In her writing, Julia’s all-consuming passion for cooking really comes through, and there is nothing that inspires me more than listening to – or reading the words of – someone who has a true passion in life. I also found it refreshing to learn that Julia did not start to learn the French language until age 36 and did not take cooking lessons until 37. It also took her more than ten years to write Mastering the Art of French Cooking.

As a travel addict, my favorite passages in the book were those where she sweetly recounts the day to day joys of living in France, first in Paris and the Marseille. Her love for the country and its culture leapt of the pages and reminded me of all the reasons why I love France. 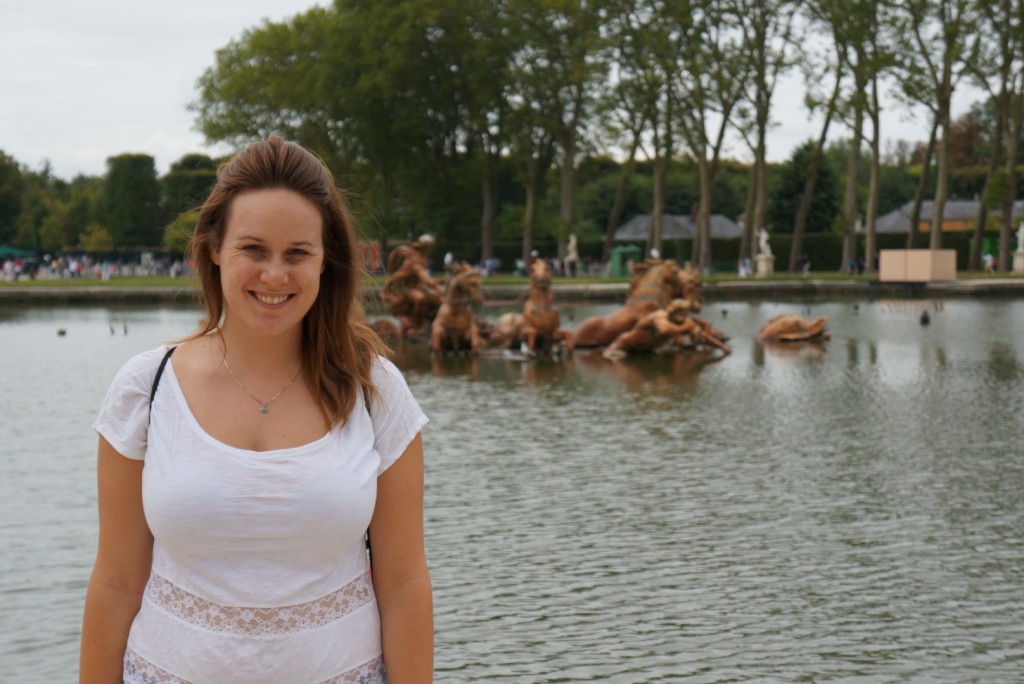 France kept calling me back when I lived in Spain – I visited four times in a year. And so, although I am now far away in the jungles of Central America and can’t visit, I wanted to take the opportunity today to share eight reasons to love France.

1. The Art of Making Something Beautiful 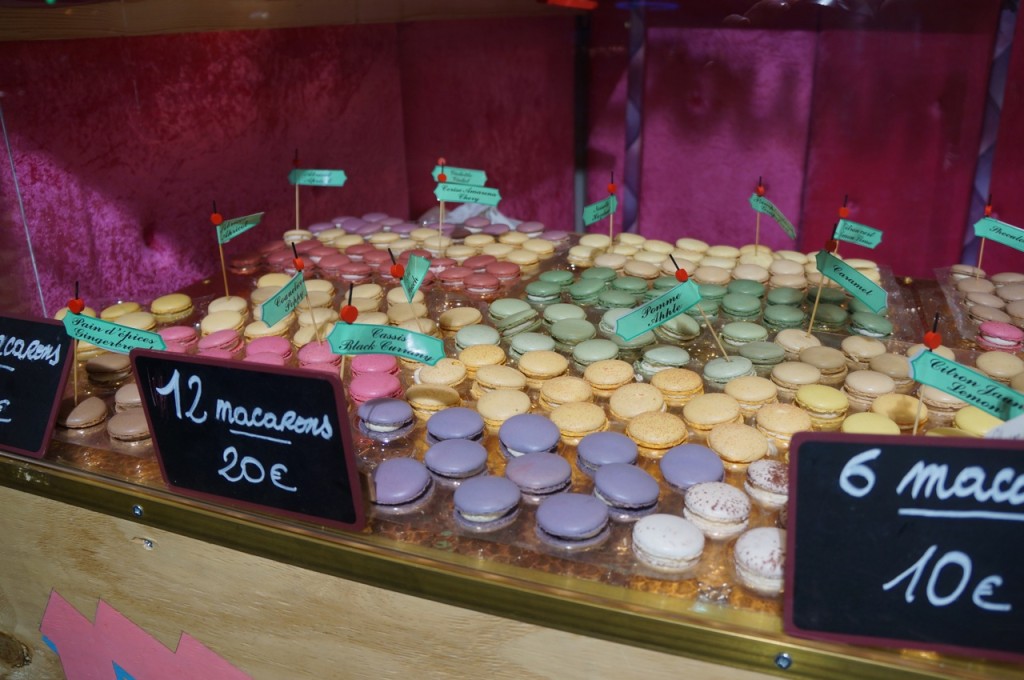 Macaroons sit in store front windows, neatly lined in a row, a bright rainbow of colors drawing the eye in. Tables are set with lavender flowers and chic vases hold water. Multi-colored soaps line racks in outdoor markets, each vibrant color holding a fragrance sweeter than the next. In France, more than anywhere else I’ve been to, there seems to be an emphasis on making things beautiful if for no other purpose than to make something beautiful. 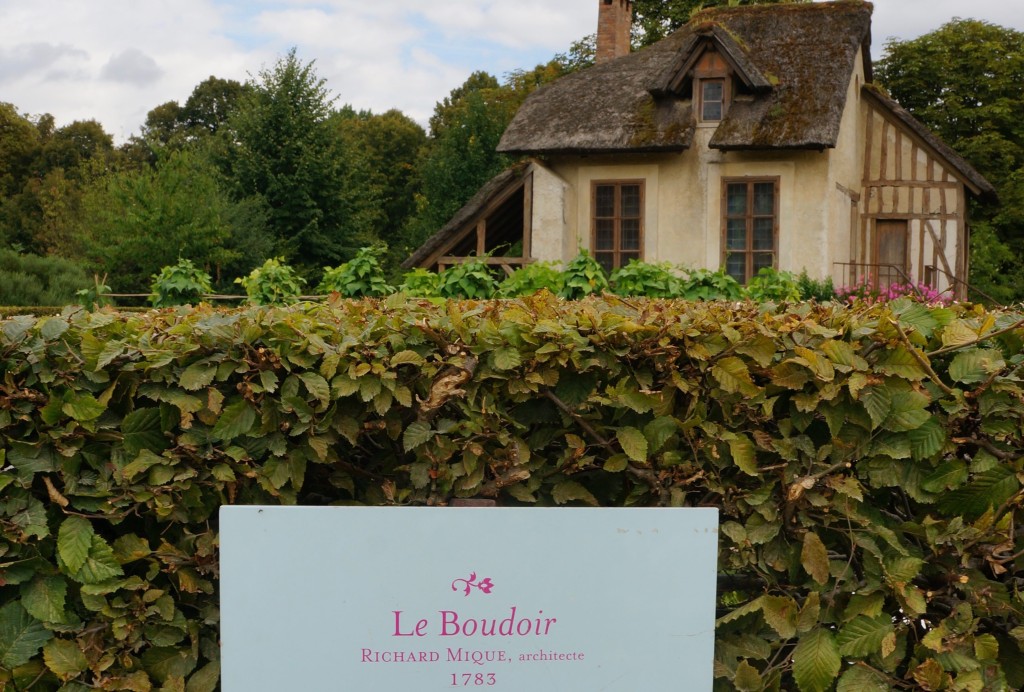 I don’t speak much French beyond the very basics, but when I was in the country I found myself wanting to talk with as many French speakers as possible. That I couldn’t understand most of what they said didn’t matter to me. I just wanted to fool them into thinking I understood with a simple bonjour and then let their words flow. 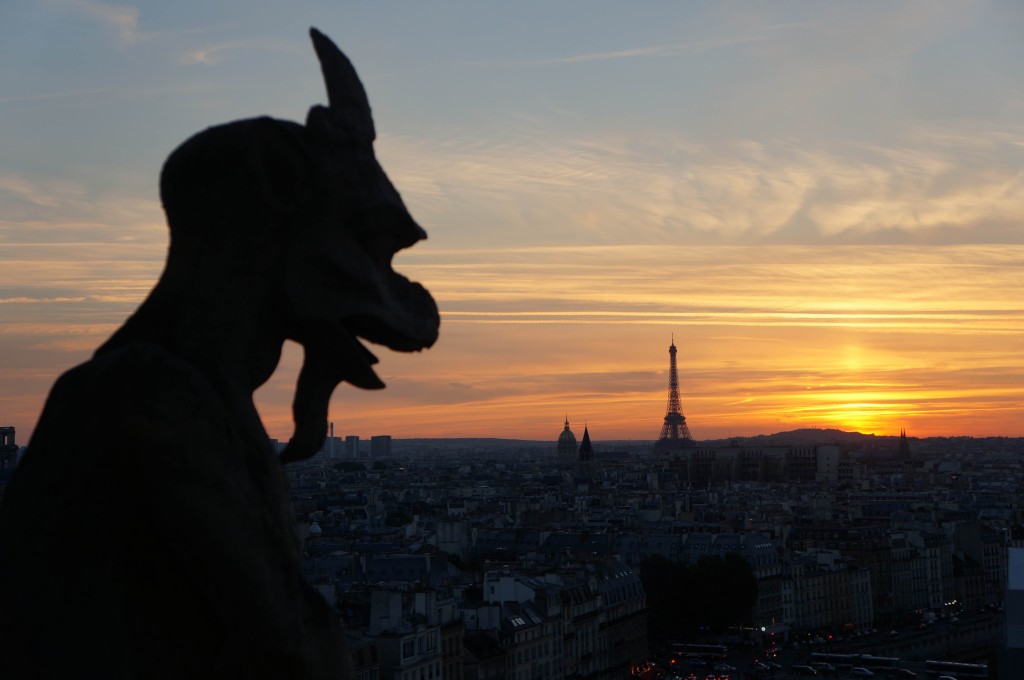 I don’t care how cliché it is, when asked what my favorite city in the world is I always have the same answer – Paris! Of all the cities I’ve ever been to, none so exemplify what a city should be as much as Paris. Whether you’re looking at the Eiffel Tower or walking down an inconspicuous street, the architecture is breathtaking, the city is chalked full of museums and historical sites that inform and open up the imagination, and there’s an abundance of cafes, bars and fine-dining restaurants that make eating (and drinking) the most delicious experiences. When I walk the streets of Paris all my senses are engaged and I feel lit up inside. I really love Paris! 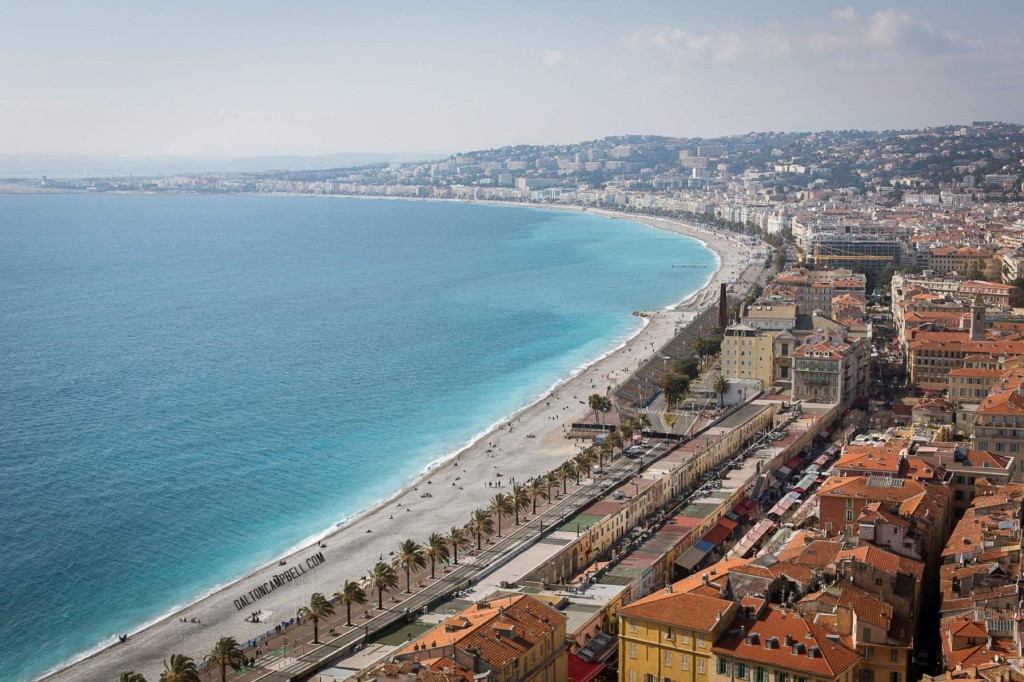 While Paris may receive most of the accolades when it comes to cities in France, Paris is far from the only city worth visiting. Illuminated bridges lead over the tranquil Garonne river in the port city of Bordeaux. Nice enchants with a medieval district that borders a palm-tree lined promenade on the Mediterranean Sea. The winding streets of Montpellier spill into plazas filled with music, church and statues.  Indeed, many of France’s cities are home to the world’s finest examples of gothic, neoclassical and baroque architecture, making a visit and classic and timeless experience. 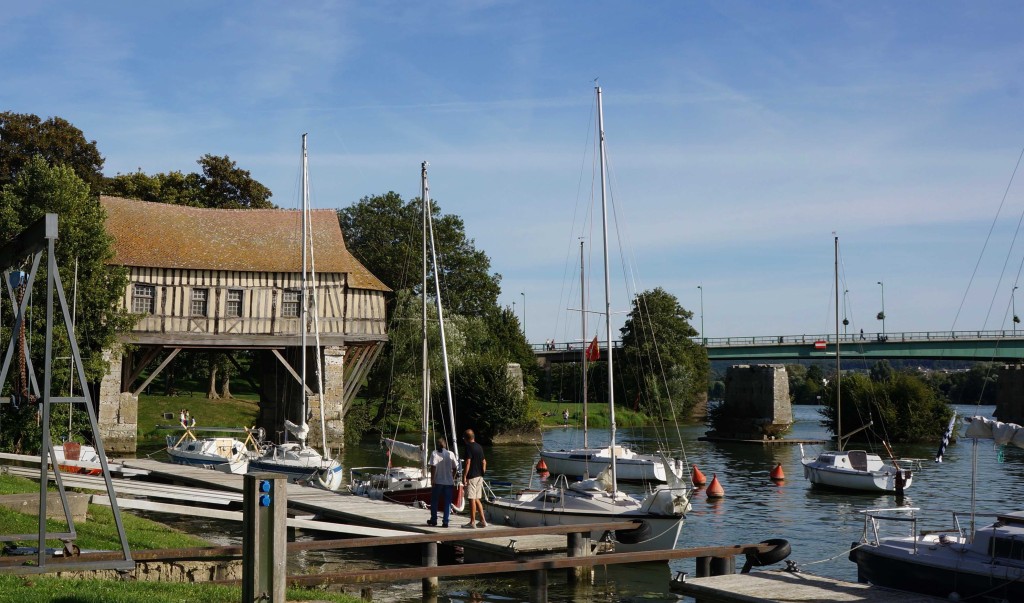 If cities aren’t your thing, France is full of picturesque small towns that are sure to charm. One of the most peaceful days I had during my visit was in the town of Giverny, former home of renowned painter Claude Monet. I rented a bike in a place called Vernon and pedaled along the Seine River, over grassy hills and through the brick-lined streets of several small towns before reaching Monet’s gardens in Giverny. On the way back I spent a longer time in the towns themselves, stopping in at local bakeries for baguettes and éclairs. The small towns of France charmed me indeed and I lost myself in the fantasy of how beautiful life could be to live in a town like Giverny surrounded by nature, beauty and simplicity. 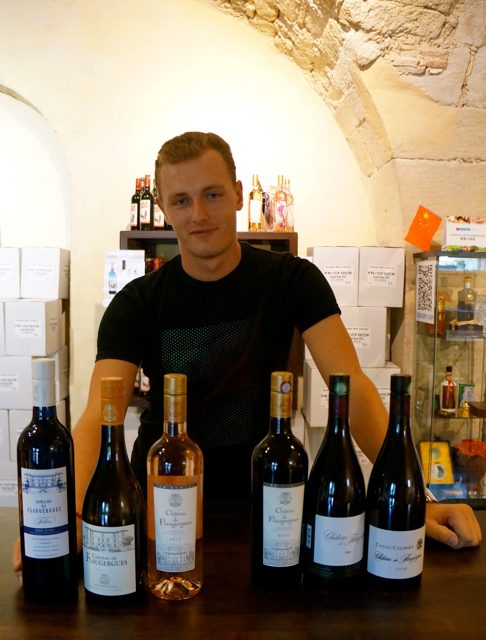 While traveling through the Provence Region with my mom, we stumbled across the most flavorful rosé wine. It cost 3 euros for the bottle and was purchased at a small convenience store. With rich soil that enriches some of the world’s finest vineyards, many regions in France are ideal for wine production. This means that some of the best wines in the world are produced in France. I learned this first hand while wine tasting at Château de Flaugergues in Montpellier. Back at home it can be hard to find imported French wine that compares in flavor to bottles purchased in France, but all hope is not lost. BevMo is a quality retailer in the United States and British readers may find a diverse offering of wine varieties at Tesco. 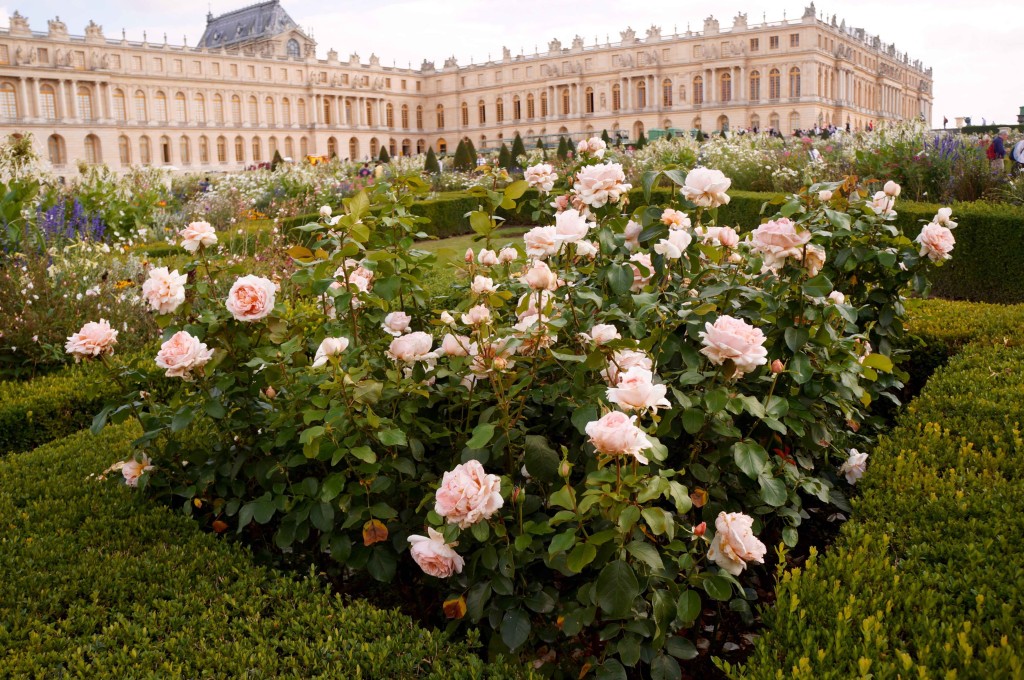 From, the Hundred Years’ War to the French Revolution to World War II, France has a long and interesting history that makes a visit a history-lover’s dream. History comes to life virtually everywhere you go in the country, whether you’re walking the medieval streets of Marseille, standing at Napoleon’s grave in Paris or following in Marie Antoinette’s footsteps at the Palace of Versailles. 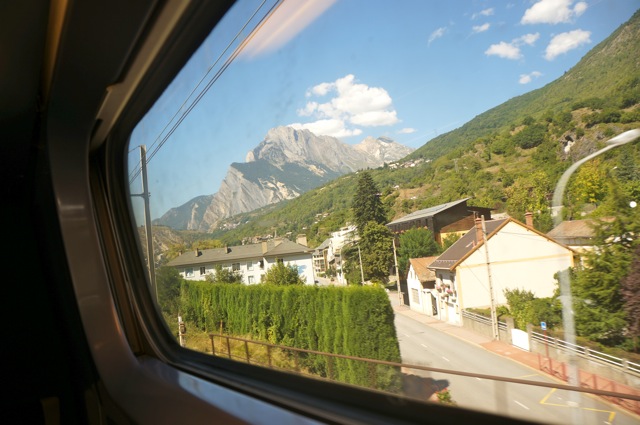 It’s so easy to travel in France. Like much of Europe, the country is home to an efficient rail system that can take you virtually all over the country at an affordable price. With high-speed rail, you can travel from Paris to the coveted Cote d’ Azur in just over three hours, Paris to Lille in an hour and Paris to Bordeaux in three hours. There’s also many budget airlines, like Easyjet and Ryanair that offer affordable flights between destinations in the country.

What’s your favorite reason to love France? Let me know in the comments below!