What Not to Wear to the Vienna State Opera House 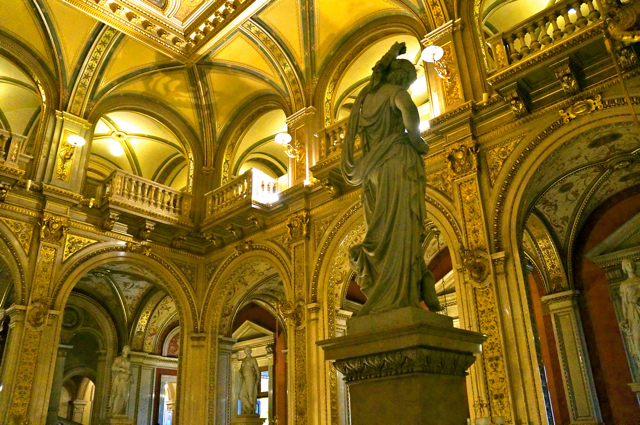 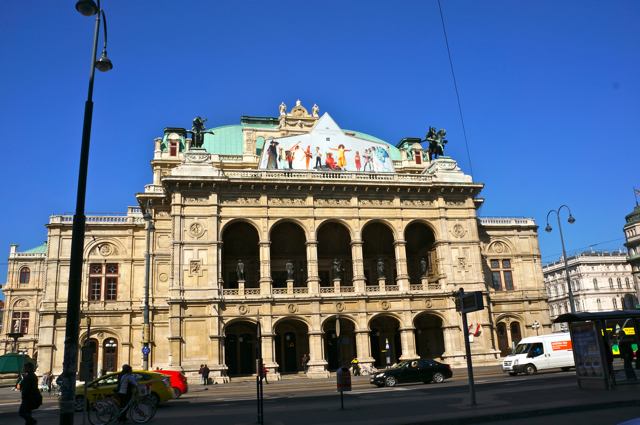 Kraków, Budapest and Bratislava all have one thing in common; they are living, open-air history museums dedicated to sharing the horrors of World War II and the 20th Century.

This is not so in Vienna, though the city was equally affected by and involved in this period of history

For Vienna is the dream of aristocracy, the belief that the golden age that came before such a period of disgraceful ruin has been resurrected and still exists. The city never speaks of World War II above the volume of a hushed whisper, but instead shouts at full volume names that conjure an era of glamour. Sissi! Mozart! The Habsburgs! As if by ignoring the destructive history that occurred between these names and now will mean that these dark days never happened.

Nowhere in Vienna is this more evident than at the Vienna State Opera House. 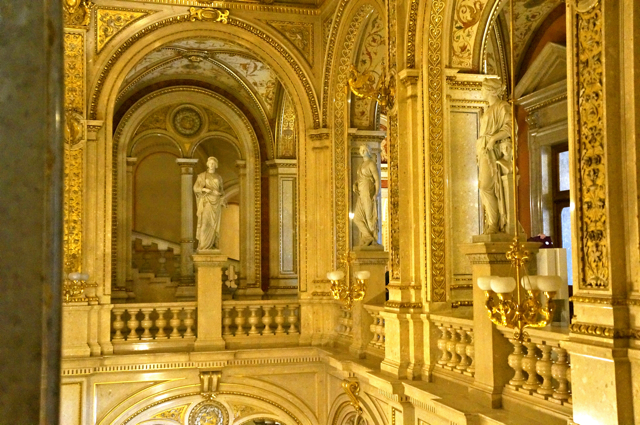 Built in 1869, the Vienna State Opera House opened with Mozart and was attended by Emperor Franz Joseph and Empress Elisabeth “Sissi.” Heavily bombed during World War II, the building reopened in 1955 with a new auditorium, symbolizing the beginning of new life for the recently independent Austria

Today it is one of the most important opera houses in the world and boats the largest repertoire anywhere. 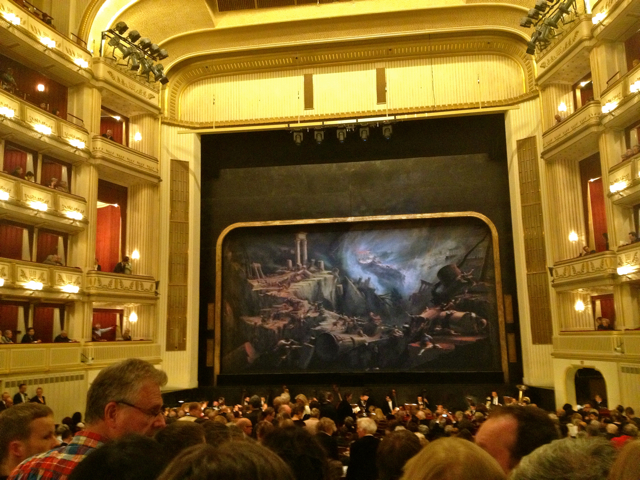 I’ve been to a handful of theaters on Broadway, to the Kennedy Center in Washington D.C. and a few others around the world, but I’ve truly never seen a collection of such elegantly dressed patrons as at the Vienna State Opera House.

I suppose this should come as no surprise from the location that hosts the annual Opera Ball where young ladies are still presented to society. 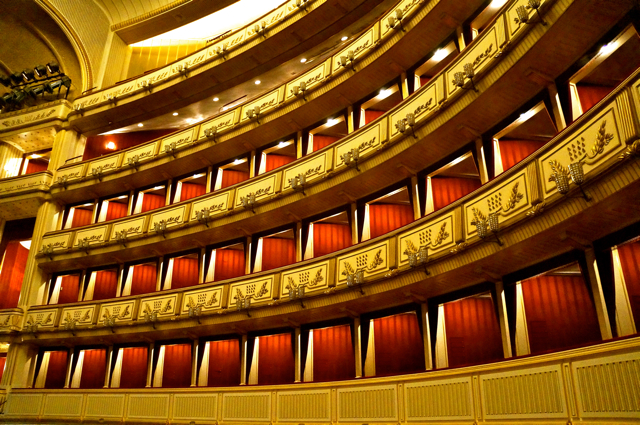 I arrived at the opera house midway through a full day of sightseeing dressed in my finest yoga pants, tennis shoes and a green sweater, ragged from a winter of travel. This attire was entirely appropriate for the 40-minute guided tour where I was joined by a pack of fellow tourists sporting similar attire. 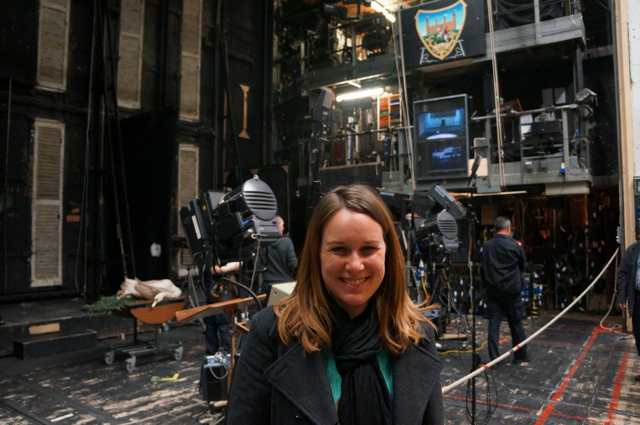 I even fit right in as we went backstage and watched the stagehands setting up for the evening’s performance.

My tour guide shared with me the most important fact about the Vienna State Opera House toward the end of the tour: for every performance they sell day of standing room tickets for four euro.

Four euro! Who can pass up a four-euro ticket to the opera? Not me.

Following my tour I waited in an hour-long line for a ticket to the evening’s performance of Parsifal. By the time I received my ticket there was not enough time to change clothes before the performance.

And so, I strode under the marble archways and antique statues to the chagrin of fellow theatergoers who bluntly expressed their disapproval of my attire with strained glances. 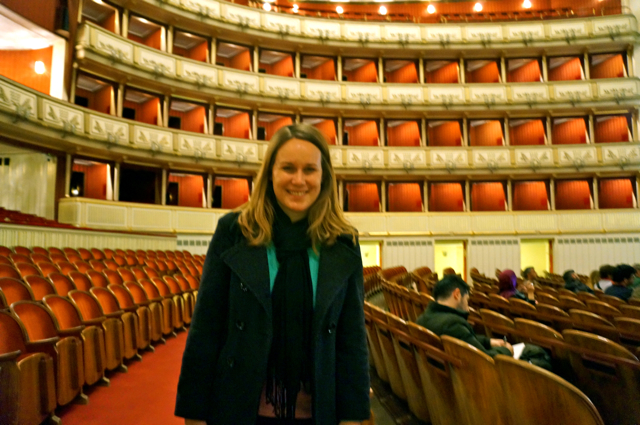 The standing room section is quite near the stage on the ground floor.

I looked up at the beautiful women in the velvet boxes, moving gracefully in their glittering dresses, faces full of fresh makeup, arms full of pearls, surrounded by handsome men, intellectually stimulating conversations and the lingering scent of wine and vowed to someday come back and be one of them. 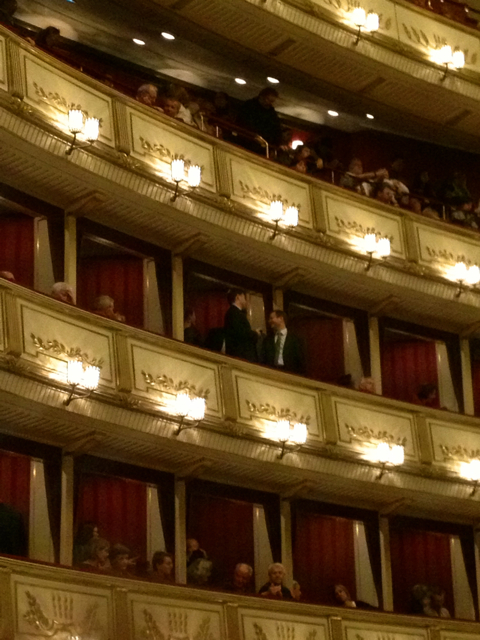 But in this moment I stood below in my yoga pants and sweater, invisible as I leaned against the resting bars, grateful to be wearing tennis shoes during the five-hour performance of Parsifal.

Though the opera was long and I really had no idea what was going on despite the English translation streaming on the rest bars, I forced myself to stay for the entire performance. 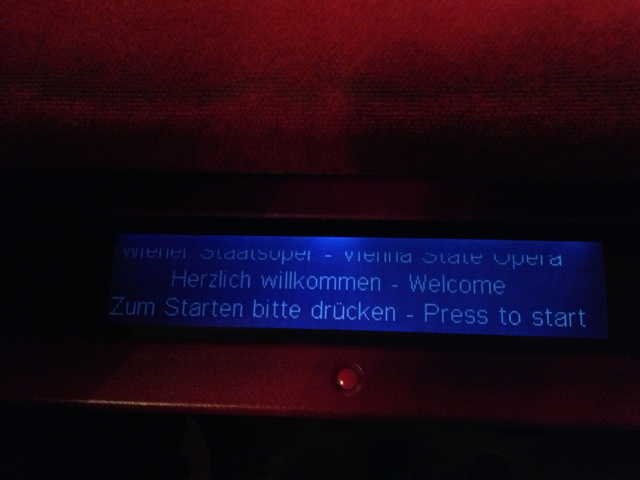 After it ended, back-aching, I slipped out of the Opera House silently and disappeared into the streets. On the way back to Hostel Ruthensteiner I found the perfect dress to wear the next time I attend a performance. 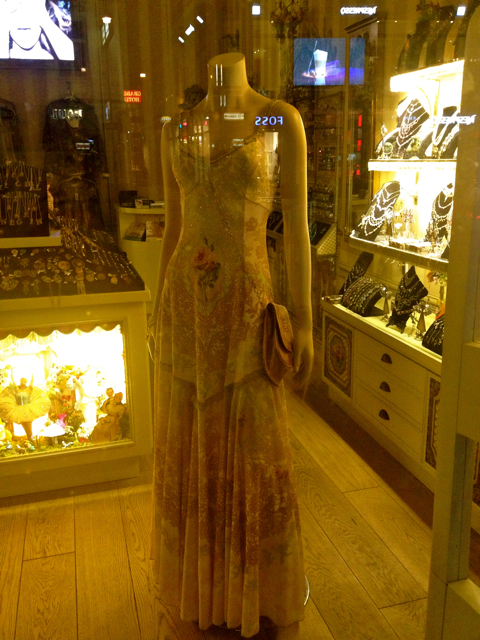 My fellow female travelers may this serve as a warning. Should you find yourself at the Vienna State Opera House please wear a dress and some shoes with a bit more style.

What to Wear to the Vienna State Opera House

To avoid my embarassment, shop ahead of time for an appropriate outfit to wear to the Vienna State Opera. Ladies, now is the time to dress up!