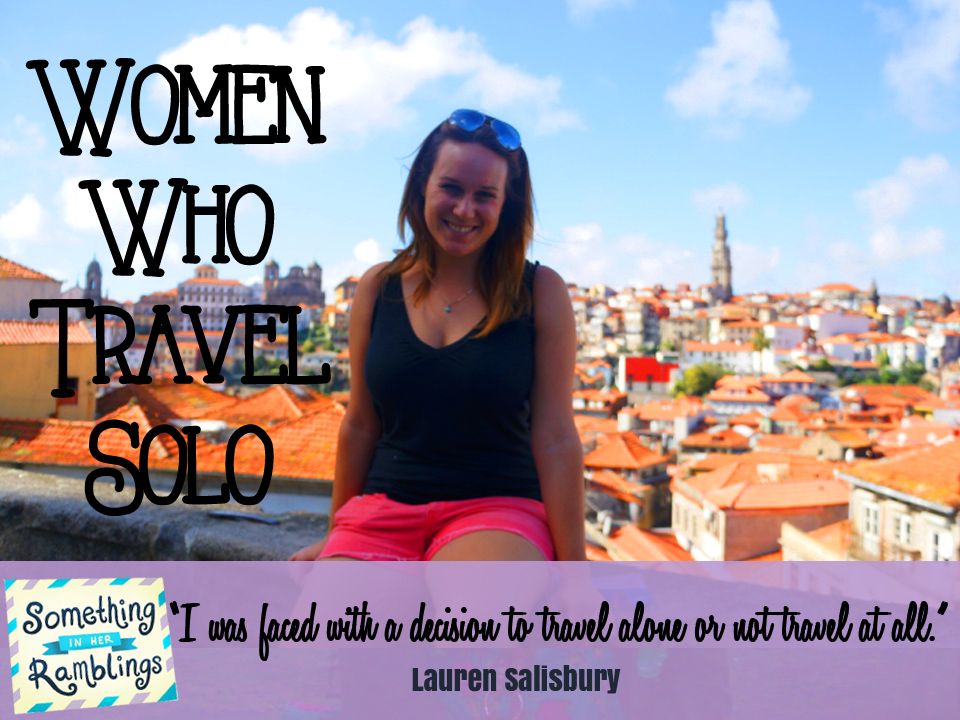 I started my blog Something In Her Ramblings about a year and a half ago, not only to document my travels around Europe while teaching English in Madrid, but also with the hope of inspiring other women to take a bold leap and travel, even if it means going it alone.

As I look back on the posts I’ve written so far, I realize that while many of my writings mention the fact I was traveling alone, I haven’t really shared much about my journey into solo travel.

And how can I expect to inspire anyone if I haven’t shared my story?

So here it goes. It’s time for me to write about my journey into solo travel. And my story won’t be the only one that gets told on this blog. Read to the bottom for details of what’s coming next to Something In Her Ramblings! 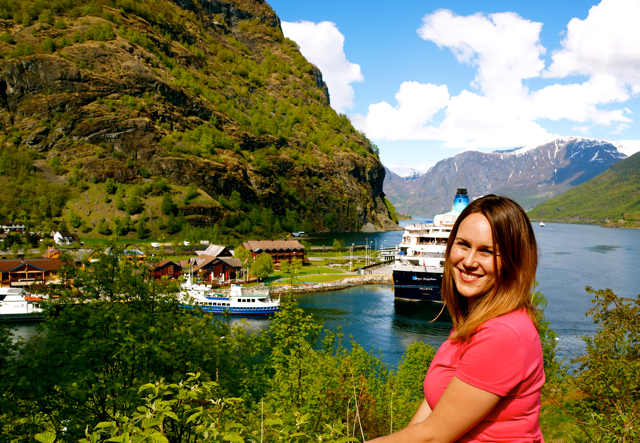 At the age of 26, I’ve been blessed to have traveled to 36 countries, 20 of which I’ve wandered through alone.

Sharing this statistic may make it seem that I travel to avoid people, but this couldn’t be further from the truth.

In fact, my foray into solo travel started by accident and out of desperation.

During my junior year at the University of Maryland, I did an exchange semester in Melbourne, Australia. I chose to go overseas as the lone student from my University rather than with a traditional study abroad program because it was less costly. Also I wanted the opportunity to be immersed in a different culture in a way I knew I wouldn’t be if I went abroad with a group of students from the United States. 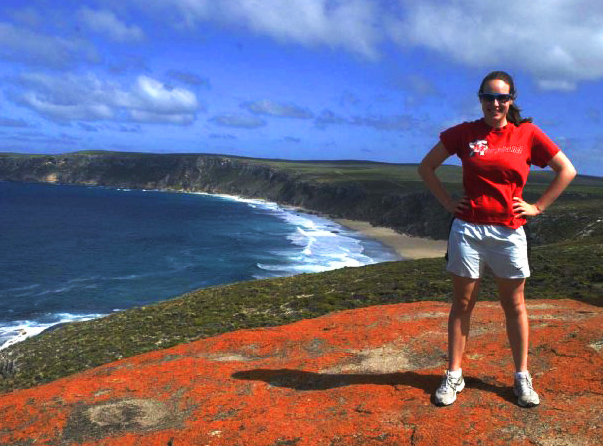 In Australia I found it very easy to make friends, and by the end of the semester was swimming in new friendships with European exchange students, a quad of Australian girls, and my (now-ex) Australian boyfriend.

During the semester I traveled throughout the country with different friends and my boyfriend, exploring South Australia, Uluru, Tasmania and rural Victoria. I also met my mom while she was in New Zealand for a conference. 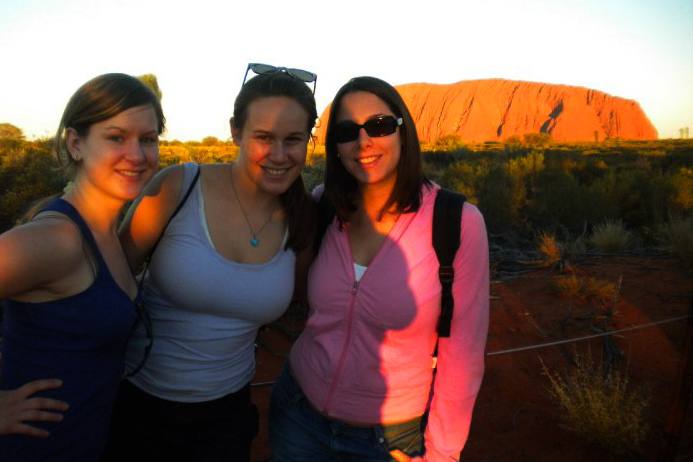 At the end of my semester I had more time than I originally anticipated to travel – a whole three weeks to be exact, which just so happened to be the perfect amount of time to do a trek up Australia’s East Coast, one of the most popular and feasible backpacking routes in the country.

There was just one problem – none of my new friends were able to travel with me.

My European classmates had exams that finished much later and were planning to do the same trek at the much leisurely (and European-style) pace of six weeks. I had to return home three weeks after my last exam. 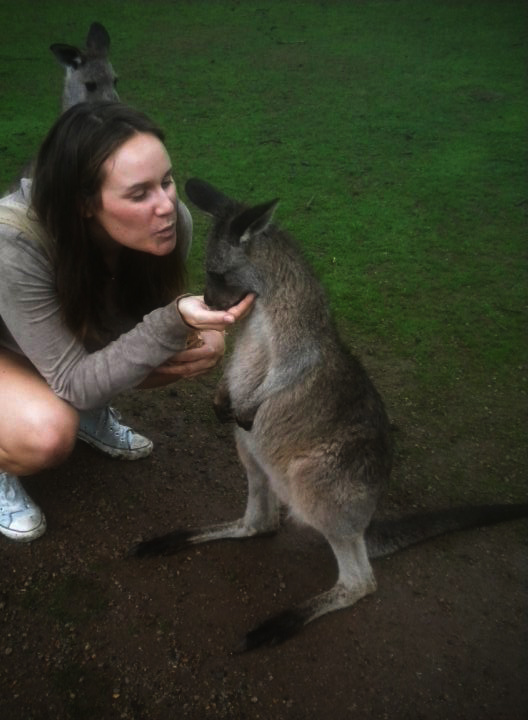 My Australian friends all either had obligations in the city or didn’t have the same wanderlust r these places in their own backyard to warrant spending their student budget.

And as for my boyfriend, well he had a real job and had to work.

I was faced with a decision to travel alone or not travel at all. Although I was intimidated at the prospect of traveling alone, my desire to explore Australia outweighed my fears and I decided to take a leap and go it alone.

I bought a three-week unlimited hop-on, hop-off Greyhound bus pass and alone I went, up the East Coast of Australia, from Melbourne to Canberra to Sydney to the Gold Coast to Brisbane to Cairns. 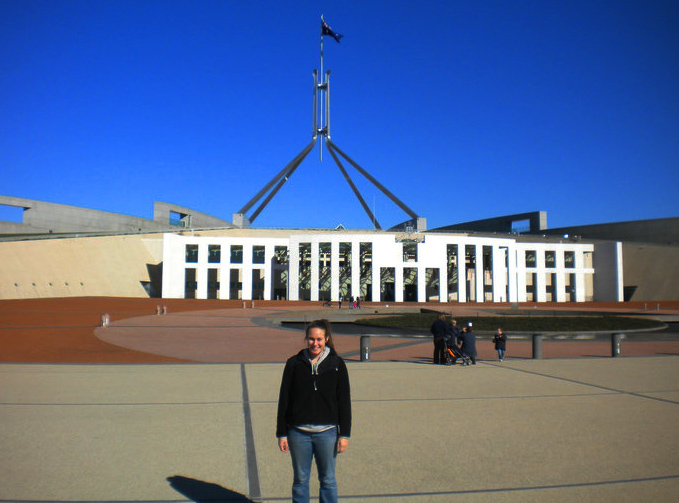 I wasn’t necessarily scared of traveling for the first time – I understood it was something that had to be done if I wanted to see more of the country, and Australia is extremely safe.

I wasn’t scared, but I have to be honest and say that for most of the trip I was miserable, engulfed by my loneliness.

Australia’s East Coast has got to be the easiest place in the world for solo travelers to meet people and make new friends. North bound from Sydney the Greyhound bus system is used almost exclusively by backpackers, so budget travelers constantly find themselves surrounded by like-minded people. Locals in Australia are also some of the kindest and open people I’ve ever met. 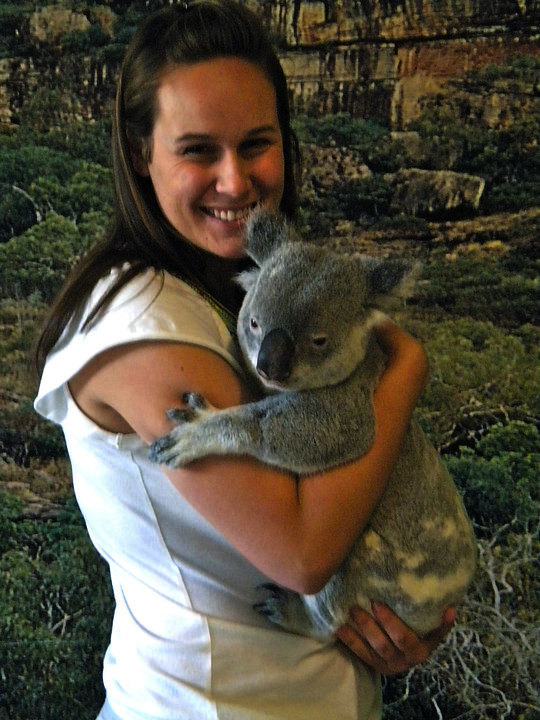 But, despite all the opportunities to meet new people, at the time I simply wasn’t having any of it (except for maybe the koala above). I felt awkward and stupid to be travelling alone and, being an introvert, was too shy to talk to the groups of fellow travelers. They must after all, be cooler than me because they had companions and I was solo.

The low point for me came during a two-day sailing trip around the Whitsundays. Backpacker after backpacked raved about this group of islands and hailed it as the highlight of their time in Australia. 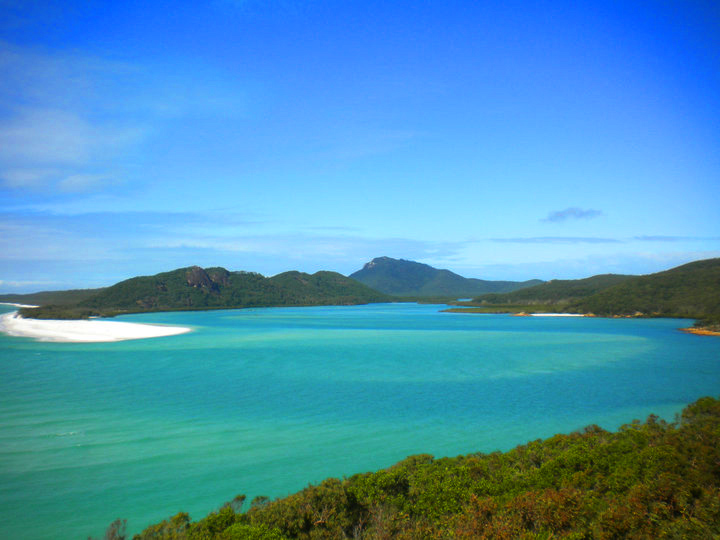 I, however, hated the Whitsundays.

It rained. The boat was small and all our belongings got soaked. I had to sleep in a tiny cabin with two snoring Irish guys. And all the while I missed my boyfriend, cursing the pure white sand beaches for being so far removed from the mainland that I had no cell service and couldn’t call him. 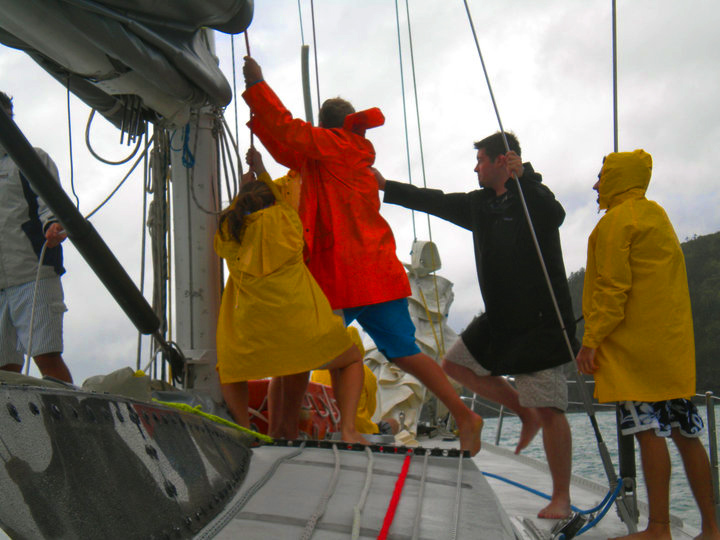 Those two days drifted on forever and I drowned in my Taylor Swift-esque sorrows. I even wrote in my journal something along the lines of “Lauren, don’t let time paint a different picture of the Whitsundays in your mind. Don’t ever forget how miserable you were here and how much you hated it.”

I hated the Whitsundays, and to this day I’ve never forgotten how lonely I felt sitting on the helm of the white sailboat, looking out at the stunning scenery and feeling only sadness.

No, time didn’t paint over the fears, discomforts and loneliness I felt on this trip with false bright colors. But…

Time made me realize, after my boyfriend and I broke up, that my misery was exaggerated by unexpressed knowledge that this trip was the beginning of the end of us being together.

Time made me understand that these discomforts were part of the breaking in process for a solo traveler. To travel alone comfortably one must first learn to be alone and this is rarely a pain-free process.

Time made me glad to have seen these places I saw even if I did not enjoy the entire process that went into seeing them.

And above all, time made me incredibly proud. When I was 21 I took a three-week bus trip by myself in a foreign country, alone. No one can ever take this achievement away from me.

Finding My Way in Florida

After I returned to the United States from Australia, I finished University and landed my dream internship at Walt Disney World. The internship turned into a dream job which then turned into an even more prestigious job in Public Relations for another organization. 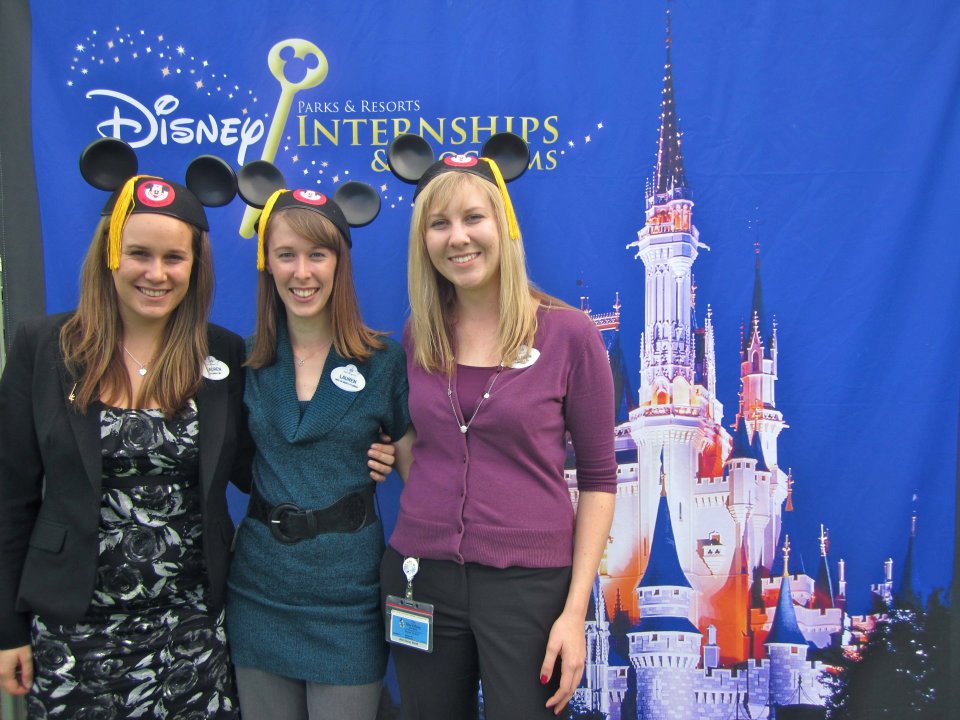 I had found what many could define as success and I loved the work I was doing.

Yet once again there was just one problem – my time in Australia had left me burning with the desire to follow a new dream, one so often and tritely put as “seeing the world.”

This time I was aching to see Europe, since I had made so many European friends in Australia, and previously had only visited the United Kingdom. I wanted to see this continent so bad that every time a coworker or friend would mention Paris, Rome or some other fabulous European city, it would literally feel like my heart was being stabbed because I wanted to go there with such intensity.

I wanted to see Europe and I wanted to experience all of it. I knew that using my ten vacation days a year would take a lifetime to satiate this hunger. What I really needed to do was find a job overseas to be able to afford to see more while maintaining a career.

I didn’t know how or when I would get to Europe, but I did know that when an opportunity came along I would need to be able to afford it. And so, I worked at a restaurant at nights to save up for my distant travel dreams, and kept looking for jobs abroad. Truth be told there weren’t and still aren’t many jobs right now for 24-year olds with just shy of three years professional experience.

Teaching English was the only job I could find, and it terrified me to leave my new found success in PR for this. 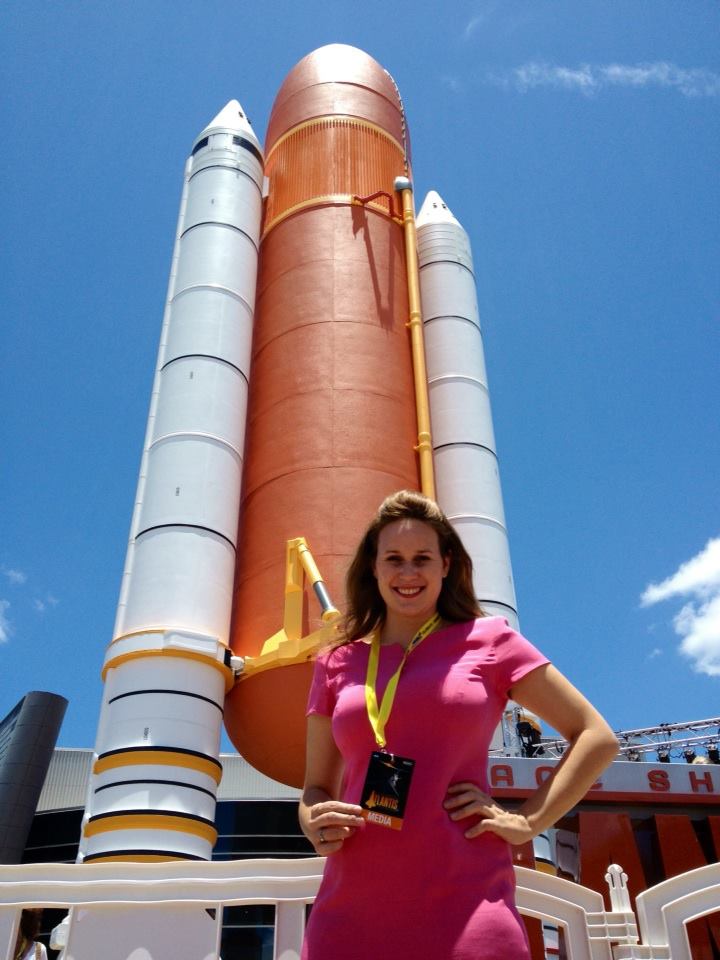 One humid Florida evening a friend was over at my apartment. I showed him the scrapbook I had made of my time in Australia. As we leafed through the photos I started crying because I realized that, despite everything I had accomplished career-wise in Florida, I was still more proud of this girl in the photos who, timid and scared, was brave enough to travel through Australia alone.

I knew then that I had to go to Europe even if it meant stepping away from PR to teach English. I missed this girl. I needed to be her again.

Alone, But Far From Lonely in Europe

I got a job teaching English at an Elementary school in Madrid, and, as I had some time before the program started, it came time to decide again – travel alone or not travel at all.

This time there was no questioning my decision. I spent three weeks in Paris and Italy, alone except for the few days I was joined by my roommate in Australia, my dear friend Alessandra from Milan. 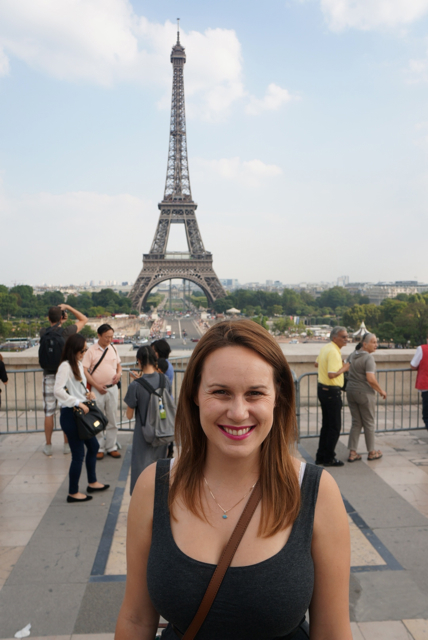 In Paris I cried daily, but this time it wasn’t out of loneliness or misery, but out of happiness – the same cheesy happiness you feel at the end of a good romantic comedy. I was finally in the place where I had so long dreamed of being, and a year awaited me with opportunities to see even more of the places I had long wanted to go, and discover places I’d never heard of. 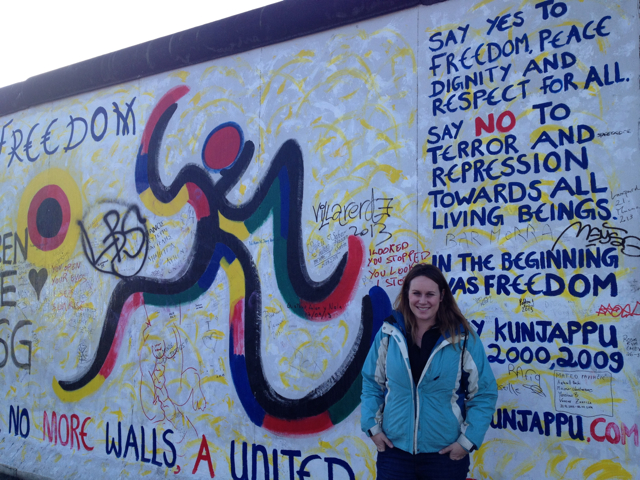 I went to 25 countries that year – year 25 of my life. I thoroughly enjoyed each solo trip, three days in bleak Zermatt, Switzerland and Salzburg, Austria aside, despite the hardships that sometimes come with travelling. 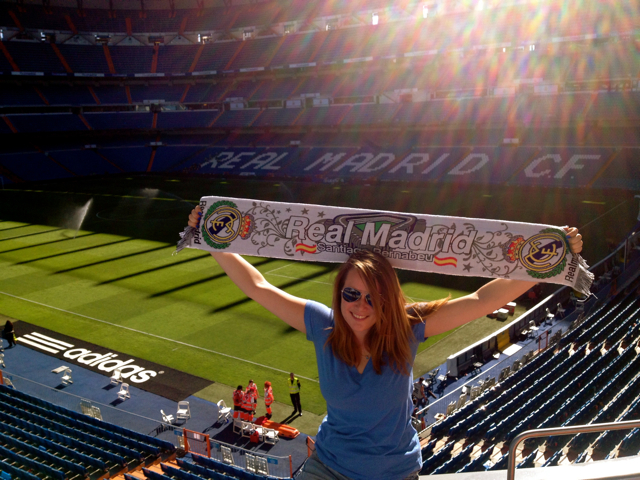 I didn’t always travel solo in Europe – I took a few trips with friends new and old, and my mom and sister.

Something In Her Ramblings will now host a weekly column sharing inspiring stories from women around the world who travel solo. If you are interested in sharing your story, send me an email at lsalisbury24@yahoo.com

One year ago today. Not much has changed, and yet

Push above the clouds and you’ll find sunshine.

I haven’t been to Europe since December 2019 so

Weekend adventures make for a good lighthouse, to

The Olympics are here! Riding my bike across the c

Jeff Bezos touched down in Van Horn, Texas today a

Rolling into Monday like let’s fake it til we ma