The Best Things to See in Prague

The Czechs drink more beer than any other nationality in the world.

Do I have your attention yet?

Ok, but seriously, Prague, the capital of the Czech Republic, is a special place and the reasons why have nothing to do with alcohol.

Prague is a rare city, because unlike its nearby cousins Budapest, Bratislava, Berlin and Vienna, it remained largely undestroyed throughout history.

The Best Things to See in Prague 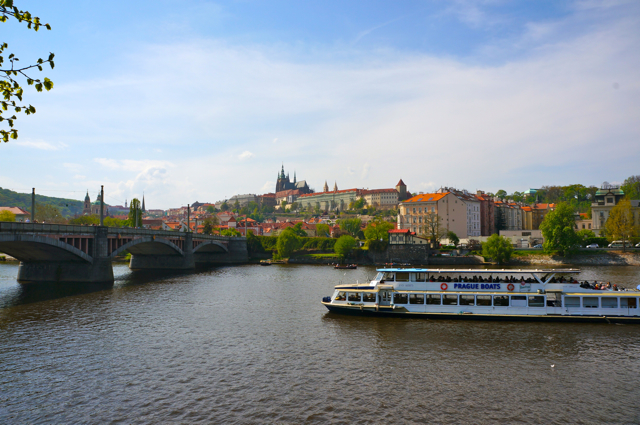 And with so much history, a visit to Prague is not complete without taking a guided walking tour. I recommend Sandemans new Prague Free Tour. Yes, that’s right, it’s free, just tip your guide at the tour’s end. 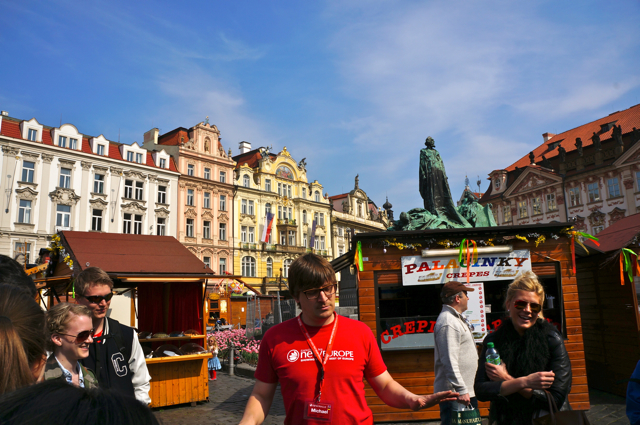 While most of Europe suffered from bombings during World War II, Prague remained nearly unscathed. The reason for this is slightly sickening- it was one of Hitler’s favorite cities and he didn’t want it to be a target so he moved industry away. After World War II as the Soviets swept Eastern Europe, destroying large chunks of cities in the name of modernization, they too were charmed by this city’s architecture and kept it intact as a beacon of culture and heritage. 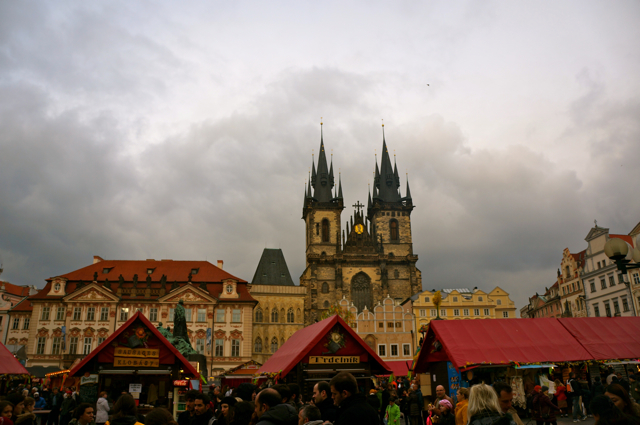 The central starting point for any visit to Prague is Old Town Square, a place of great historical importance with its many churches and the Prague Astronomical Clock, the oldest of its kind in the world. 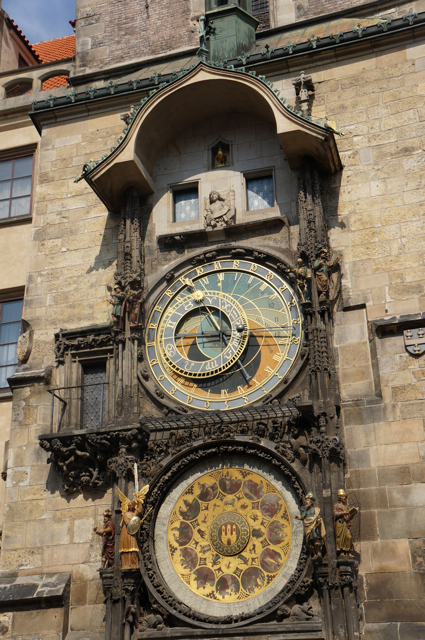 The square is also home to a statue of Jan Hus, a religious reformer who was burned at the stake for his beliefs, and the Czech National Gallery. 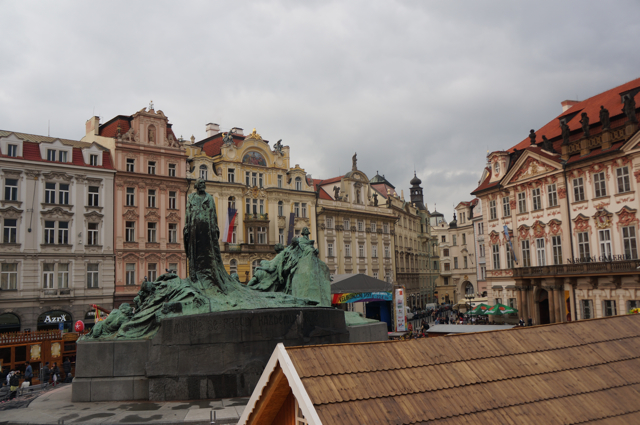 During my visit, the art museum had a feature exhibit on Tim Burton, which was right up my alley as a former Walt Disney World Cast Member. 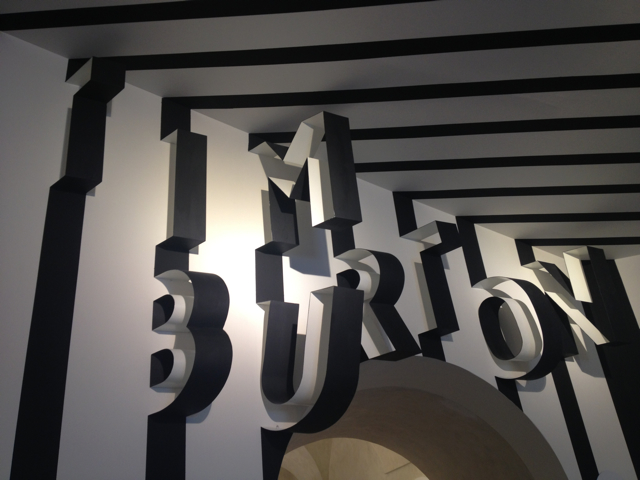 I visited Prague during Easter and found the square to be enchanting with it’s Easter Markets selling traditional Czech crafts, food and of course, beer. 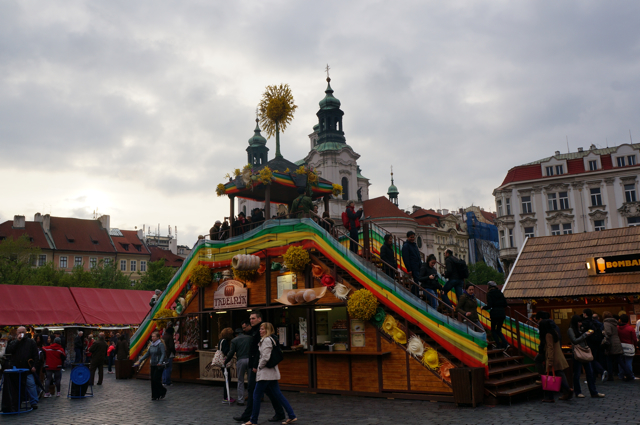 The Jewish Quarter of Prague

A short walk from this square is the Jewish Quarter of Prague, home to the Old New Synagogue and the Spanish Synagogue. This is the best preserved former Jewish Quarter in all of Europe, and the reason why is one of the most chilling facts I’ve ever heard outside of Auschwitz Concentration Camp. 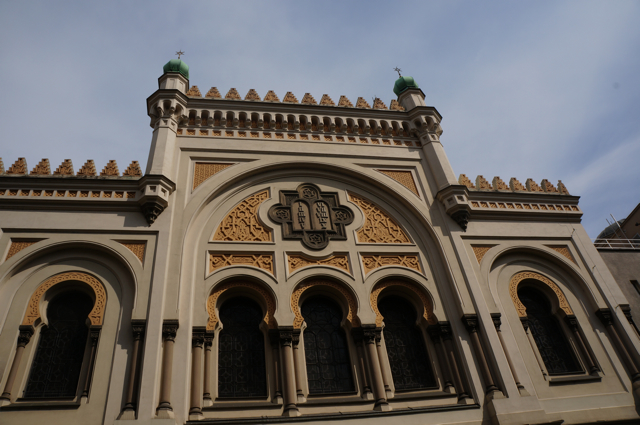 “The Nazis didn’t destroy the Jewish Quarter of Prague because they wanted to make it a memorial to an extinct race,” my tour guide said.

That is absolutely horrifying.

Today visitors can tour the two Synagogues as well as a Jewish Cemetery. 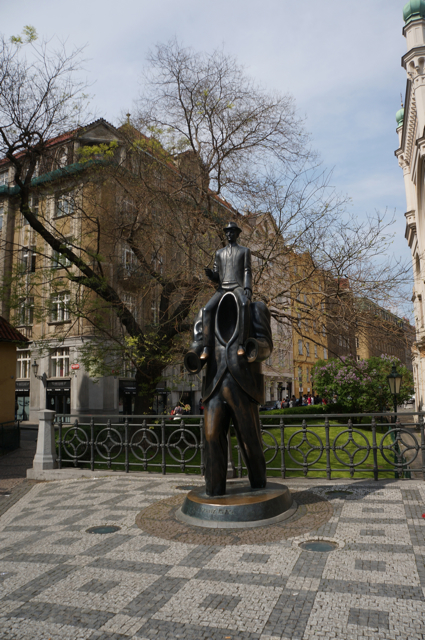 Nearby is a statue of Franz Kafka, a Jewish author from the city famous for his works Metamorphosis and The Castle.

Prague is situated on the Vltava River, and, much like Budapest, this river separates the former royal sector from the rest of the city. The most famous bridge to cross the river is the Charles Bridge, made of stone and constructed in 1357. 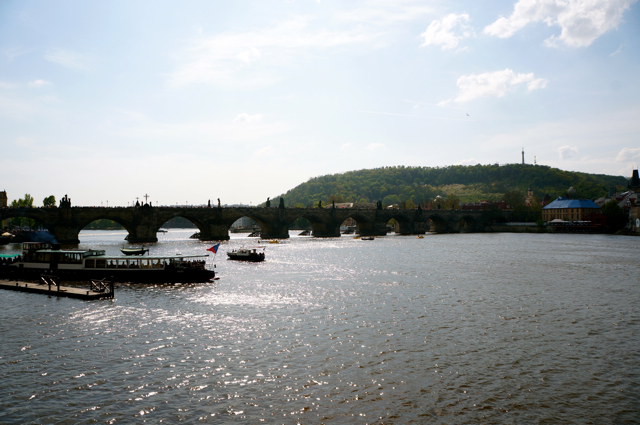 It’s also probably the most crowded bridge I’ve ever seen. Between the street performers, vendors and heaps of tourists, good luck crossing unscathed or getting a decent photograph.

On the opposite side of the bridge from the Old Town is the Castle District, home to Prague Castle, the world’s largest medieval castle. 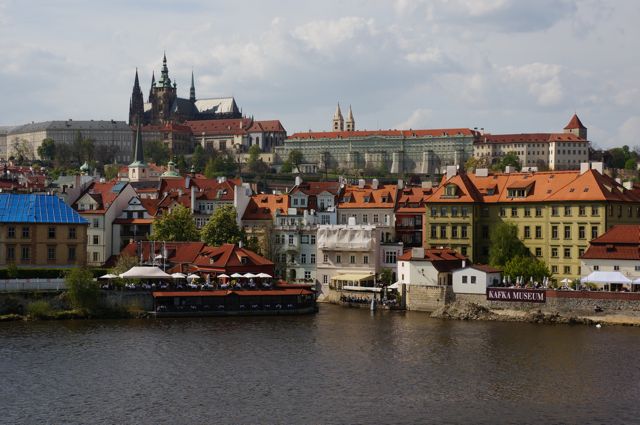 Even if you don’t pay to enter the castle, walking the grounds is free and a must for sweeping views of the city’s charming red architecture. 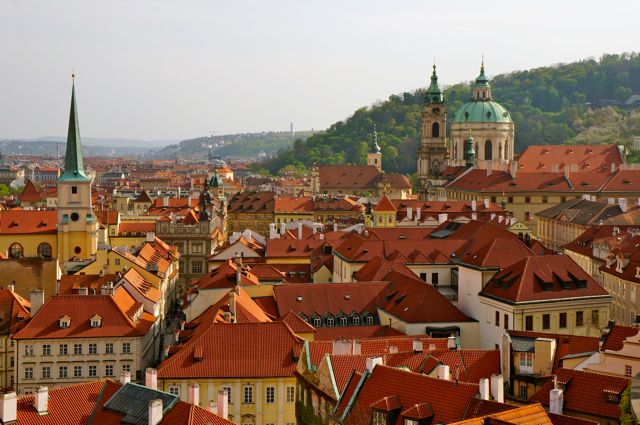 After Communism fell in 1989, Prague opened its doors to Western visitors for the first time since before World War II and the world was quickly enchanted. From “Europe’s hidden gem” to “the romance capital of the world,” everyone seems to be head over heels for Prague. Indeed, its name is shouted by backpackers throughout Europe as a must-see destination. 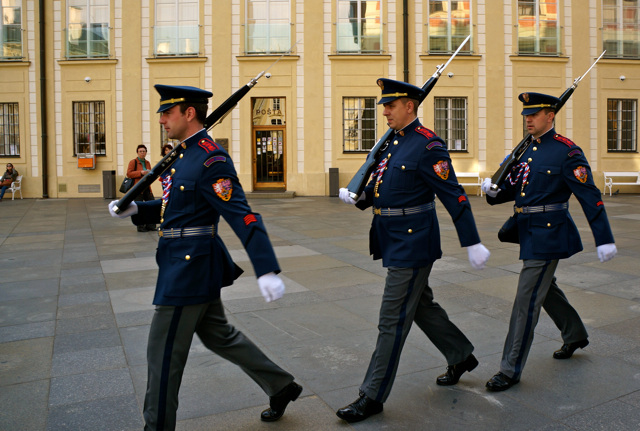 After so much hype, and it being the last stop on my Eastern Bloc tour, I was a bit disappointed with Prague. Certainly, it is no longer a hidden gem, swelling with tourists in a way only a few cities such as Rome do. In the historic center you’ll be hard pressed to find a historical local business outside of the monuments and museums. Here the majority of businesses are extremely tacky souvenir shops and money exchanges. 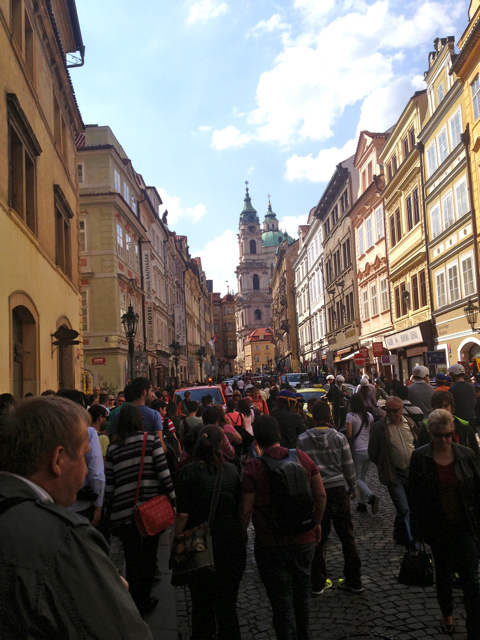 If you are looking to truly get off the beaten path in Central Europe head instead to Budapest or Bratislava.