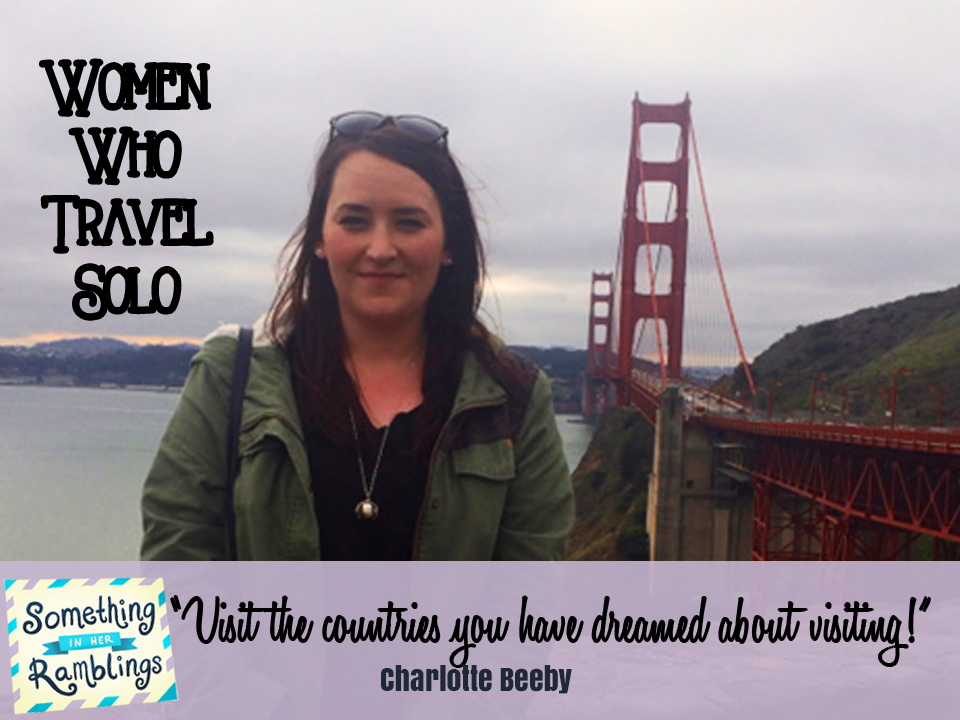 Women Who Travel Solo: A Solo Trip to San Francisco with Charlotte Beeby

Don’t Stop Believing! In today’s Women Who Travel Solo, Charlotte Beeby, a Kiwi living in the United Kingdom, recounts her favorite stories from her solo trip to San Francisco.

I started traveling with my family when I was younger, flying to The Gold Coast, Australia for family holidays and I always loved it. I would redesign the itinerary from the travel agents and hand it out to whoever was coming along on the trip to the point of giving them a packing list. But the first trip overseas that made me want to see more of the world was a trip to Thailand back in 2010 where I visited Bangkok with my older sister and stayed with family friends. From there I haven’t been able to stop!

Why did you decide to take a solo trip to San Francisco?

I was moving to the United Kingdom for two years by myself, [and visited San Francisco on a layover], so I didn’t have a lot of options apart from going alone! I did have an option for my stop over between about seven different cities, but this was my first solo trip so I thought I would choose somewhere with no language difference, decent shopping and was a city I had been wanting to see since I first saw Full House! ha Tell us about your experience as a solo traveler in San Francisco.

The United States is a country that I love to visit! San Francisco is a city with a lot of history so there is so much to see and do. I found everyone was so friendly and willing to help if you needed it. There was even one point where I ended up on a hop on hop off bus with a school taking over pretty much every seat apart from mine, and driving through the main streets on San Francisco the whole tour bus ended up singing Don’t Stop Believing by Journey, even people we drove past were joining in. It has to be my absolute favourite story from that city!

What recommendations do you have for solo travelers in San Francisco?

I stayed at The Sheraton in Fishermans Wharf, I found the staff friendly, rooms tidy and it was in a really good location for what I wanted to see and do for the few days that I was there!

Food wise – If you’re going to San Francisco you HAVE to try In-N-Out Burger, it is the best burger I have ever had! They have a secret menu, that isn’t so secret! Applebee’s has nice food, and a really varied menu as well so if you are going with a group there will be something for everyone! I also went to a really good Italian restaurant but unfortunately I cannot remember the name, but it was near the office for the hop on hop off bus!

I always recommend these, but if you are visiting a city for the first time, a hop on hop off bus is a good way to familiarize yourself with everything, they take you past most major attractions, which is good especially if you are short on time. 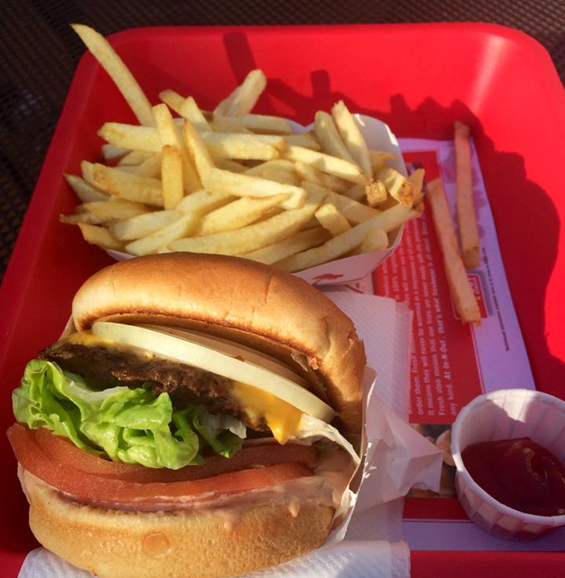 What was the best part of your solo trip to San Francisco?

Definitely the Don’t Stop Believing story, but after the students got off the bus I was the last one on there, and the tour guide instead of stopping the commentary came and sat in the seat in front and had a chat to me about San Francisco and gave me heaps of tips on things to see and do and also gave me tips for Europe because he was originally from Italy and I mentioned I was moving over this way, which I thought was awesome!

What was the worst part of your solo trip to San Francisco?

I definitely didn’t have any worst’s. As always it is nice to share experiences with someone, but I wouldn’t say it put a dampener on the trip at all! 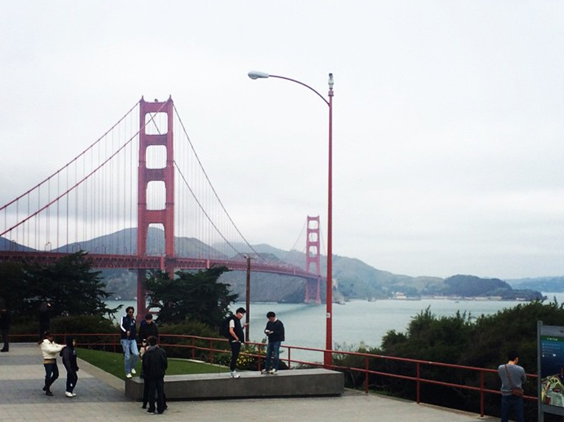 Always just be aware, be careful of who you put your trust in to. Not everyone out in the world is out to cause trouble. If something doesn’t feel right, then it probably isn’t. Definitely don’t go out in to the world in fear though, there are so many good people out there willing to help, inspire or even fellow travelers in exactly same boat as you! There are so many female solo travelers trying to see as much of the world as they can, if you bump in to them start a conversation chances are they’ll be happy to meet someone in exactly the same situation!

Just go. Life is way too short! Go visit the countries you have dreamed about visiting for as long as you can remember. I have become a part of so many communities just from my solo travel this year, there are so many blogs out there to help inspire you! Enjoy every moment! 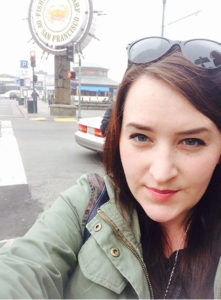 Originally from New Zealand, Charlotte currently lives in The UK and enjoys that it is a good base for travels in Europe. Charlotte has been to 19 countries and over 50 cities so far and she doesn’t plan on stopping any time soon. Charlotte runs the blog Following My Wanderlust. Her favorite thing about blogging is being able to help and inspire others to travel and see as much of the world as they can. Follow her on Facebook or Instagram. 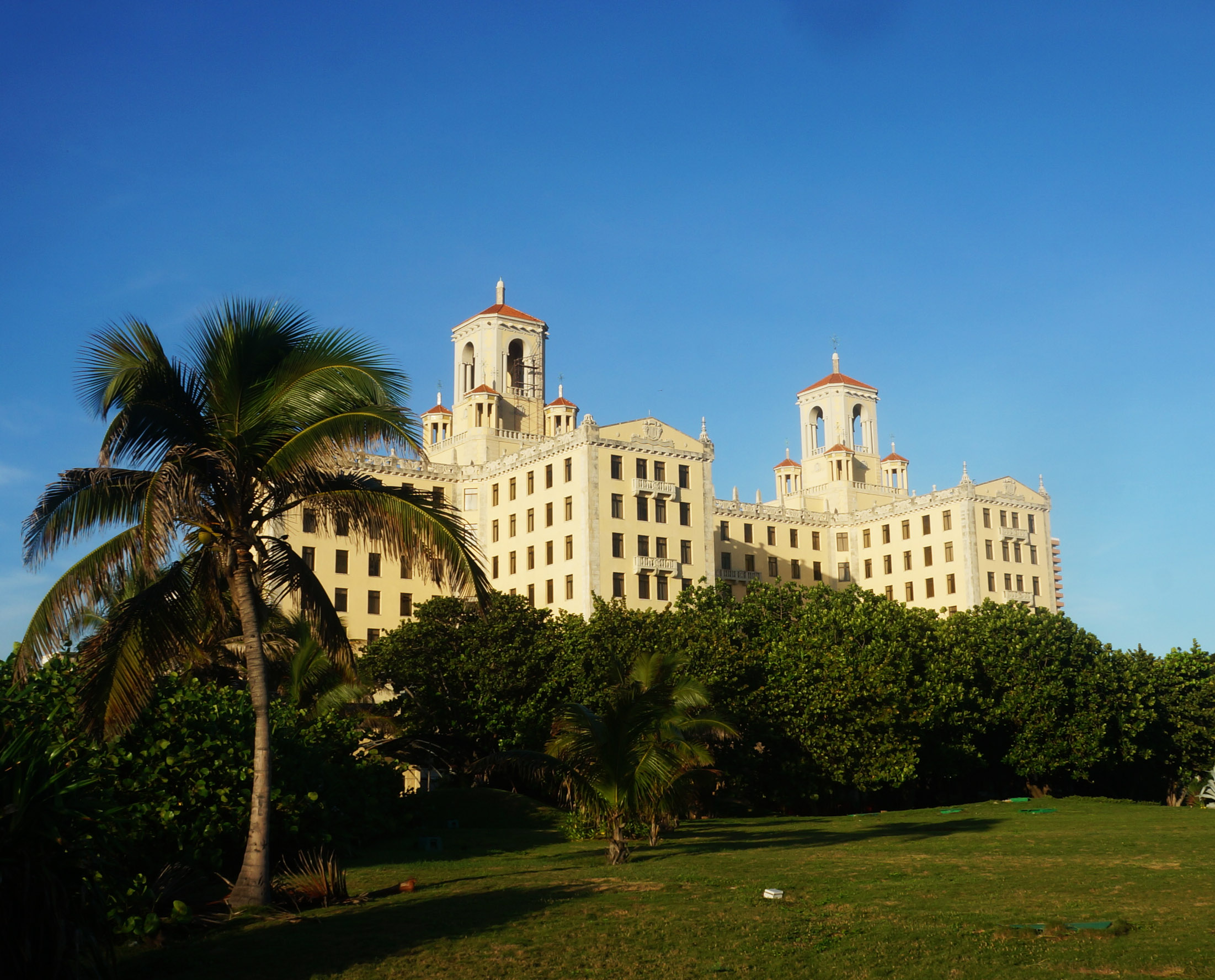